As we begin to comprehend the fact that players are now being bought and sold for £100million plus, it’s hard to imagine the fuss that surrounded the game’s first ever million pound signing. But when Trevor Francis became that man back in 1979 it was the footballing equivalent of splitting the atom – things would never be the same again.

Although Brian Clough always claimed that the real figure was £999,999, in order to take the pressure of his new signing, the actual amount was £950,000, which spiralled to £1.18 million with add-ons and VAT when the midfielder crossed the midlands from Birmingham City to Champions Nottingham Forest.

The previous record transfer fee was £500,000, paid by West Bromwich Albion to Middlesbrough for David Mills just a few weeks before, but the fact that Forest were prepared to double that shows the lengths the club were prepared to go in order to get their man.

Of course, if we are to be entirely accurate Francis wasn’t football’s first £1million signing.

Two players had already signed for in excess of that previously with Italian strikers Giuseppe Savoldi and Paolo Rossi breaking the two billion lire mark, which, when converted was way more than a million pounds.

However, for some reason this didn’t attract the mass hysteria that Francis’s move did. Maybe the Italian top division wasn’t seen as the footballing Mecca that it was to become in later years?

Perhaps it was some kind of inverted snobbery which existed in the English game where anything that happened off these shores was not newsworthy? But why let the truth get in the way of a good story?

And the fact that people talk about Trevor Francis being the first million pound signing almost 40 years later shows what an impact the move made, and proved – if nothing else – Clough’s fears to be right that the price-tag would be something of a distraction.

Having won promotion from England’s second tier in 1977, Forest had won the First Division championship in their very first year back in the big time in one of the most incredible footballing stories in living memory – and this huge purchase would certainly be the statement of intent Clough was looking for when it came to showing that the parochial side from the East Midlands meant business.

Surprisingly it was Clough’s first signing in almost 14 months, as he had somehow managed to take the once Second Division strugglers to First Division Champions with very few changes to the playing staff.

But when Francis became available the temptation proved to be too great for “Old Big ‘Ead.”

Having made his debut for Birmingham in 1970, Francis had created a name for himself as a tricky and skilful attacking midfield player, making some 300 appearances for the Blues, attracting attention from a number of sides and becoming an England international along the way. So when Birmingham City revealed they were willing to listen to offers for their prime asset, the champions jumped at the chance.

And it was on the 9th of February 1979 Francis was officially unveiled to the waiting members of the press in Nottingham at what was to be one of the more bizarre press conferences ever seen.

While Francis looked-on uncomfortably, Clough turned up late (he’d been playing squash across the road) in a bright red sports jacket and squash racket in-hand and held court with the assembled members of the press in a display that said: “I’m in charge here and don’t you forget it.”

In truth the deal could easily have not happened at all as the two had been locked in talks for several days leading up to the transfer over a clause in Francis’s contract that allowed him to play in the US during the off-season.

Not only was Francis about to become the most expensive player in British history, but he also wanted to play in America for Detroit Express when the season finished – remarkably trying to convince any new employer to allow him to “moonlight” in the North American Soccer League while the rest of his team-mates headed to Lanzarote.

And as Francis later revealed, had Clough stood his ground, another of Forest’s midlands rivals and their flamboyant chairman was ready and waiting in the wings to pounce.

“Jimmy Hill owned Detroit Express in the North American Soccer League and the offer they had put on the table to join Coventry was unbelievable.”

“The agreement was I’d play for Coventry in the winter and then go to Detroit. If memory serves me right, I was due £100,000 over the length of a three-year contract. I bought my first house, in a pleasant suburb in Solihull for £72,000, so you can gauge how much it was from that.

“The money on the table from Coventry was better than Forest but my decision to leave was about advancing my career, so I travelled to Nottingham to meet Brian Clough.” 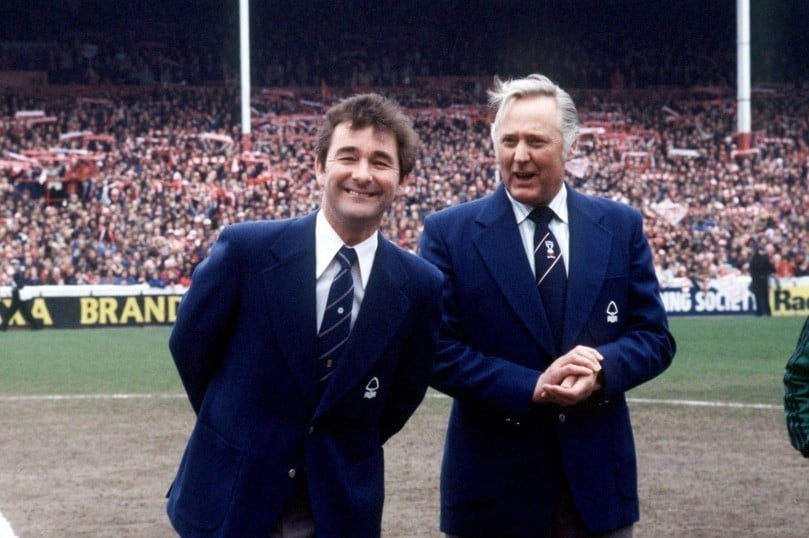 Eventually Clough did back down and so it was Forest that Francis would sign for in a deal which saw him receive a £45,000 signing-on fee, while also receiving £80,000 from American club Detroit Express to play for them in the closed season.

He was now Britain’s first million pound signing, and the watching world didn’t have to wait long to see him in action, even if the locals where somewhat surprised to see him turn out in the rather unglamorous surroundings of a mid-week reserve game.

Francis had been injured prior to his move but was immediately offered the chance of some match practice for his new team the very next day, but the first-team game was called off. So, incredibly, he made his debut for Forest by playing for their third team in a tie with local rivals Notts County in the Midlands Intermediate League.

And such was the rush to get the transfer completed, Forest weren’t able to get him insured to play – but went ahead and took the risk anyway.

“I can understand it looked strange that I was making my debut for the third team on a park pitch in-front of 20 people against Notts County,“ Francis recalls.

“What would have happened had I been injured, I don’t know, but I agreed to play on a park pitch with about 20 people watching, I didn’t even wear shin pads.

“I took a shot, missed and someone shouted out: ‘You’ll have to do better than that, Francis,’ and suddenly Clough races halfway around the pitch to berate a supporter, shouting: ‘His name is Trevor!’”

Francis was unable to play in Forest’s European Cup campaign as he hadn't been registered in time, so had to watch the quarter-final against Grasshoppers and the semi against Cologne from the stands

But as soon as they had won through to face Sweden’s Malmo in the Munich final, he was free to take his place in the team and on the stroke of half-time went some way to paying back most of the million pound fee paid for him by heading-in the only goal of the game to win the giant trophy (with William Hill promo code). 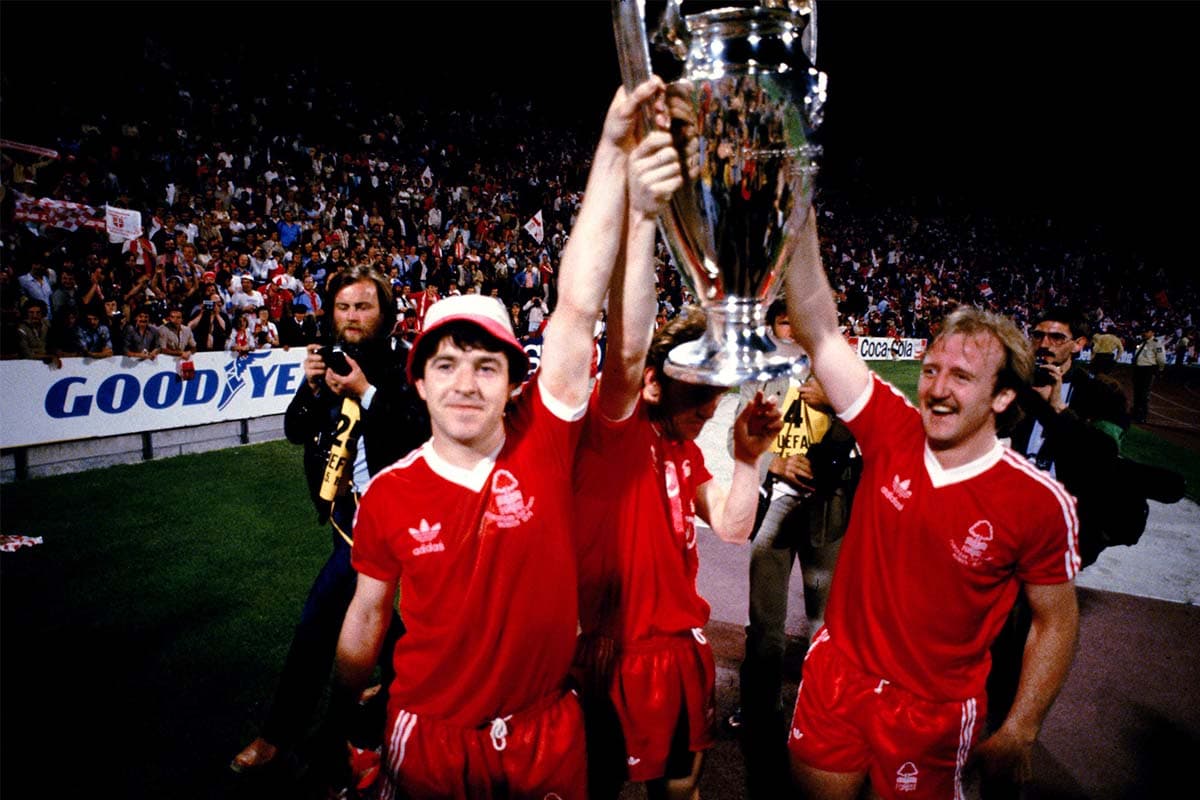 In his first season for Forest Francis scored 6 goals in 20 games from his unfavoured right-wing position as they stormed up the league and also set-about conquering Europe. But that was about as good as it got for a player who would constantly be accused of never living-up to his reputation, let alone his price tag.

Both player and management had found it difficult to follow the circus that had surrounded the transfer as Clough and his assistant Peter Taylor argued about where Francis should play: up front with his back to goal, or breaking forward from the right side of midfield – a role which he tended to play more often than most.

And the situation wasn’t helped when it was revealed just what the management pair’s instructions had been to Britain’s most expensive player. “Just give the ball to John Robertson – he's a better player than you.”

The following season Forest dominated Europe once again and went on to defend the trophy they won in Germany 12 months earlier, but despite scoring in the quarter and semi-finals of the competition Francis would miss the final against Hamburg in Madrid with an ankle injury that would signal the end of his time at the City Ground.

Francis finished his Forest career with 28 goals from 70 games, mainly from out on the wing and in 1981, the man who had been at the centre of one of the most high-profile transfers ever, was about to make the headlines once again, this time signing for Manchester City for £1.2million.

To say that Trevor Francis changed the transfer market forever when he signed for Nottingham Forest is probably a little unfair. Like many players in high-demand, he was something of a pawn in a power struggle between two sides looking for the right outcome to suit their needs.

But one thing is certain, the footballing world would quickly become used to hearing about multi-million pound transfers and in the years that have followed we have all become immune to the impact as the numbers have continued to go up and up.