Football returns in Spain and Germany tonight but, unlike in England, the transfer window has closed.

LaLiga and Bundesliga clubs have until September 2 to conclude any business – as do Ligue 1 sides – while teams in Italy will cease trading on August 23 ahead of the first round of Serie A. 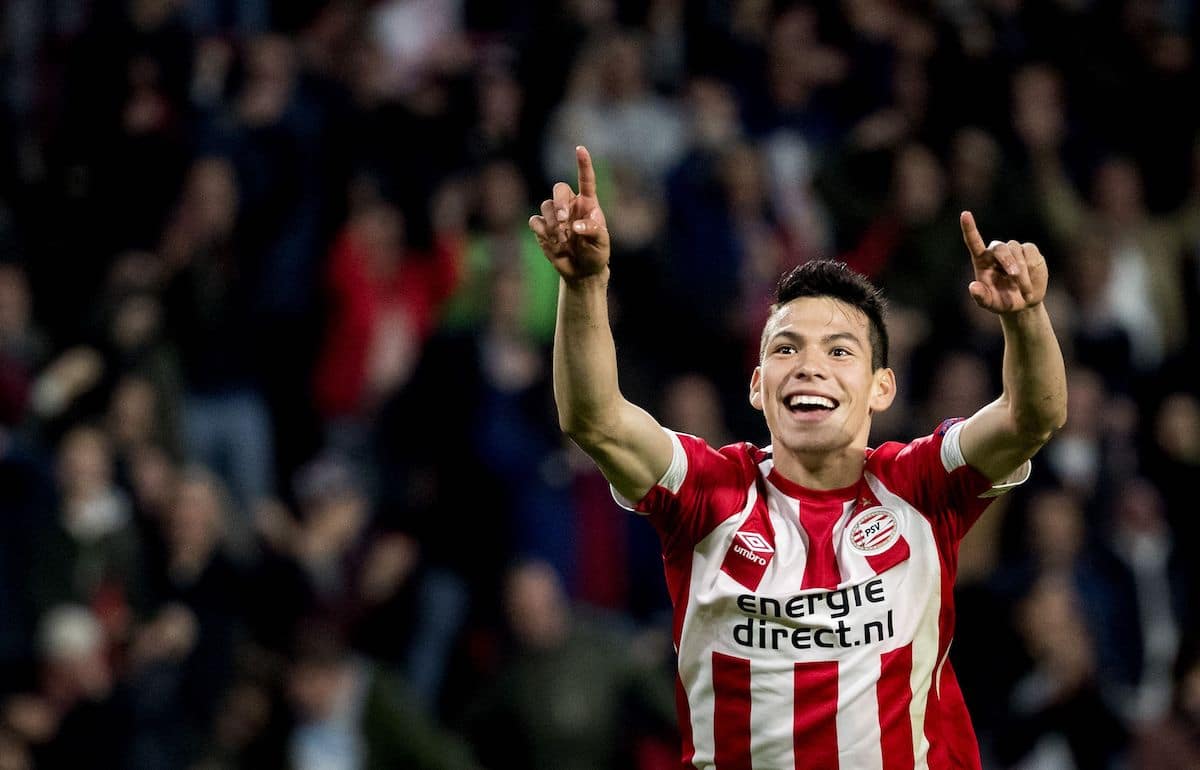 Long linked with a switch to the Premier League, the Mexican forward looks set to end Napoli's summer-long search for a new attacker.

The Partenopei were in for Real Madrid outcast James Rodríguez while Wilfried Zaha was another target at one stage.

Now, though, PSV forward Lozano is expected to join last season's Serie A runners-up. According to various reports in Italy and the Netherlands, Lozano will complete a £38.6million switch to Naples and sign a five-year deal.

In doing so, the 23-year-old will become the most expensive player in Napoli's history, trumping the £36.2million they paid for Gonzalo Higuaín. He will also net PSV their largest transfer fee – currently £31.2million for Memphis Depay.

The 36-cap Italian international has been without a club since leaving Marseille at the end of his contract in June.

At one point it looked as though he might return to the Premier League with West Ham linked. A switch to Brazilian outfit Flamengo was mooted too, but they cannot match his £4million-a-year salary.

Now a return to Serie A for the first time since leaving Milan in 2016 looks to be on the cards with newly-promoted Brescia expected to sign the 29-year-old on a three-year deal.

According to Fabrizio Romano of The Guardian, Balotelli has been in discussions with Brescia for some time now and the deal could even be concluded before this weekend. 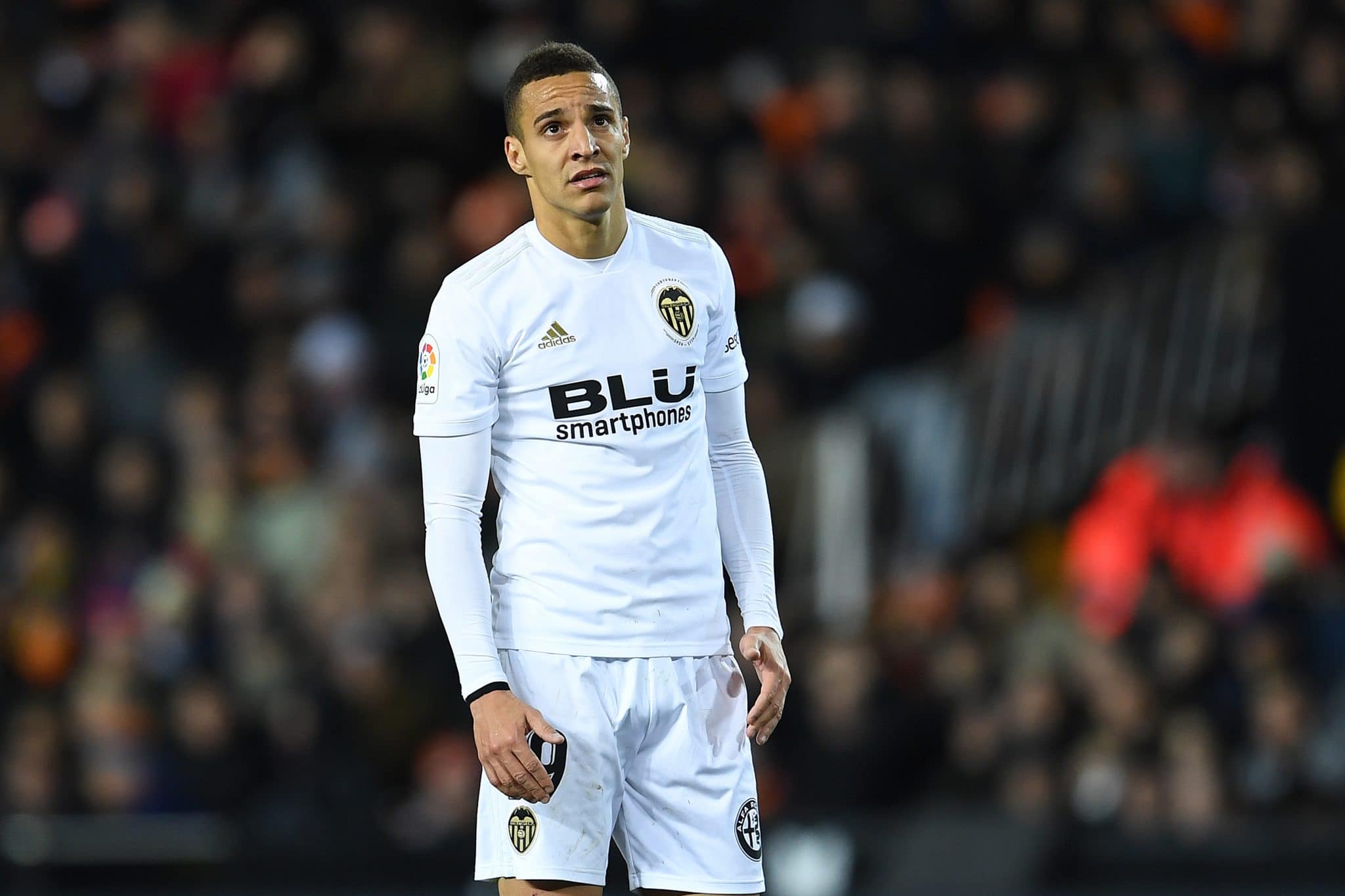 Los Colchoneros made João Félix the second-most expensive teenager ever, paying £114.8million to prise him away from Mario Hermoso.

Now Diego Simeone's side could be about to bolster their attacking options with a deal for Valencia‘s Rodrigo. A £54.8million deal had been close but Valencia's general director Mateu Alemany told Mundo Deportivo there is no longer an offer.

“There was the possibility that Rodrigo could be transferred, (but) right now, there is no offer on the table,” Alemany said.

“Those who were offering are now no longer offering, and what seemed like an agreement could not be executed. He is available to train and, at his request, play on Saturday against Real Sociedad.” 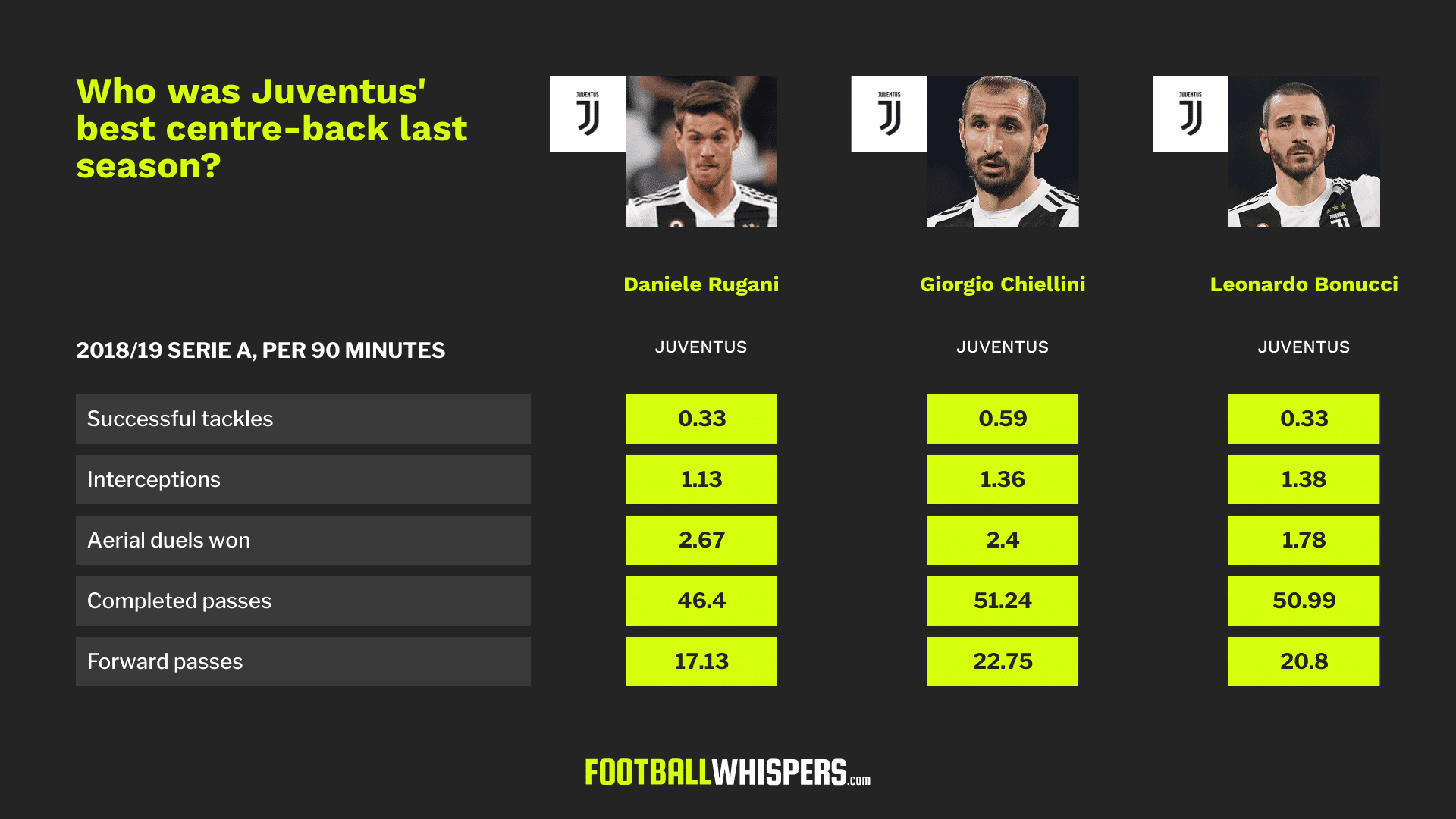 Another deal which appeared closer than it now appears to be is Rugani's switch from Juventus to Rome.

The Italian international, who was reportedly an Arsenal transfer target before the Premier League window shut, could be about to miss out on a move to the Eternal City too.

Last week a deal between the Bianconeri and the Giallorossi looked tied up with a loan followed by a permanent deal agreed. However, Roma have since struck a similar arrangement with Liverpool for the signing of Dejan Lovren.

A £4.6million loan fee with a £22.8milliob obligation to buy had been agreed for Rugani, 25. According to Goal, Rugani has also been attracting interest from Ligue 1 side Monaco too. 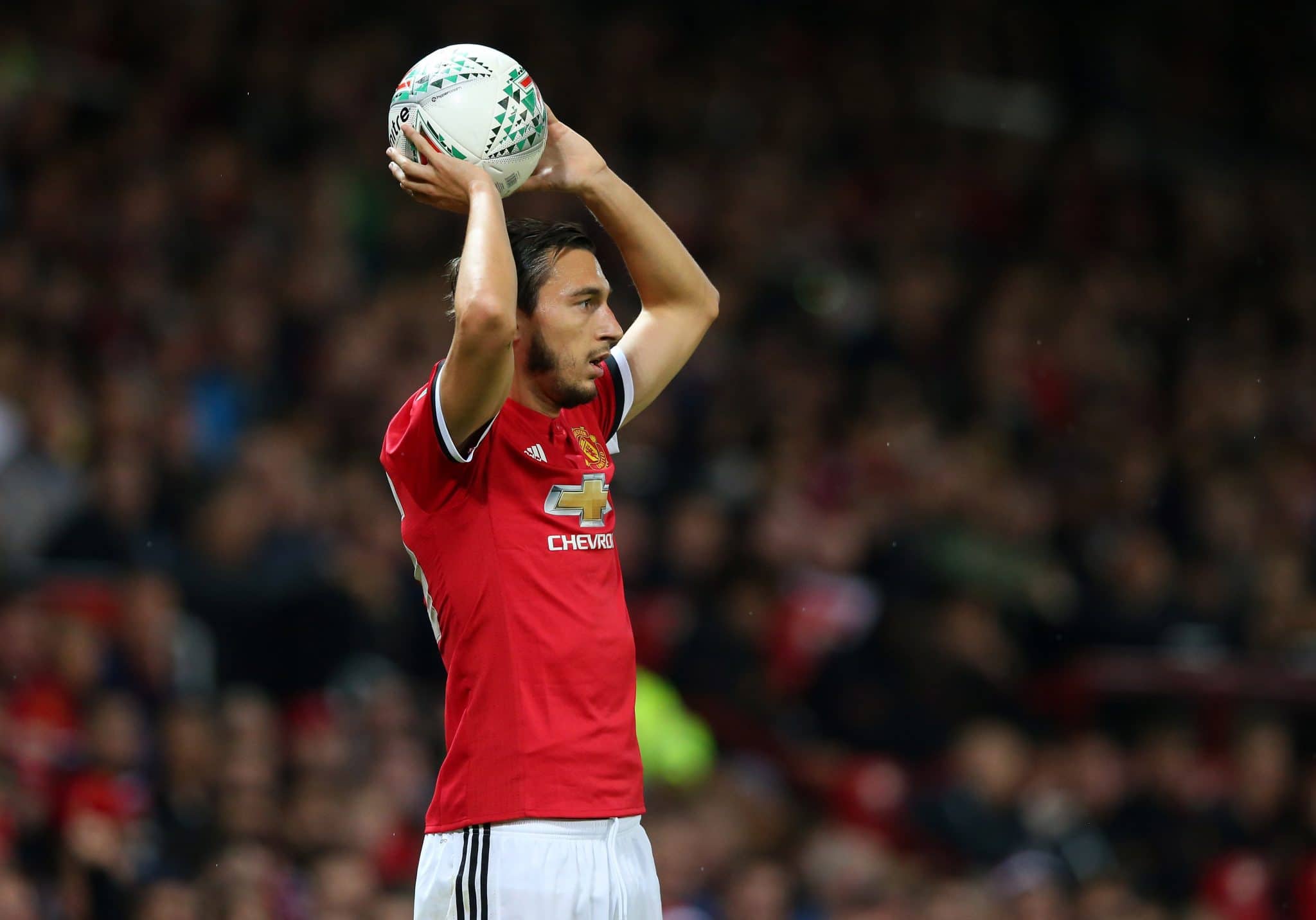 The Manchester United full-back with an aversion to growing proper facial hair finally looks to be on his way back to Serie A having been linked in virtually every transfer window since his arrival in 2015.

With just ten Premier League starts in the last two seasons, the 29-year-old is way down the Old Trafford pecking order – never more so than since the signing of Aaron Wan-Bissaka this summer.

With his contract up next June, Darmian is closing in on a free transfer to Inter next summer. According to Rai Sport via Football Italia, the Italian international will link up with the Nerazzurri on a free transfer. 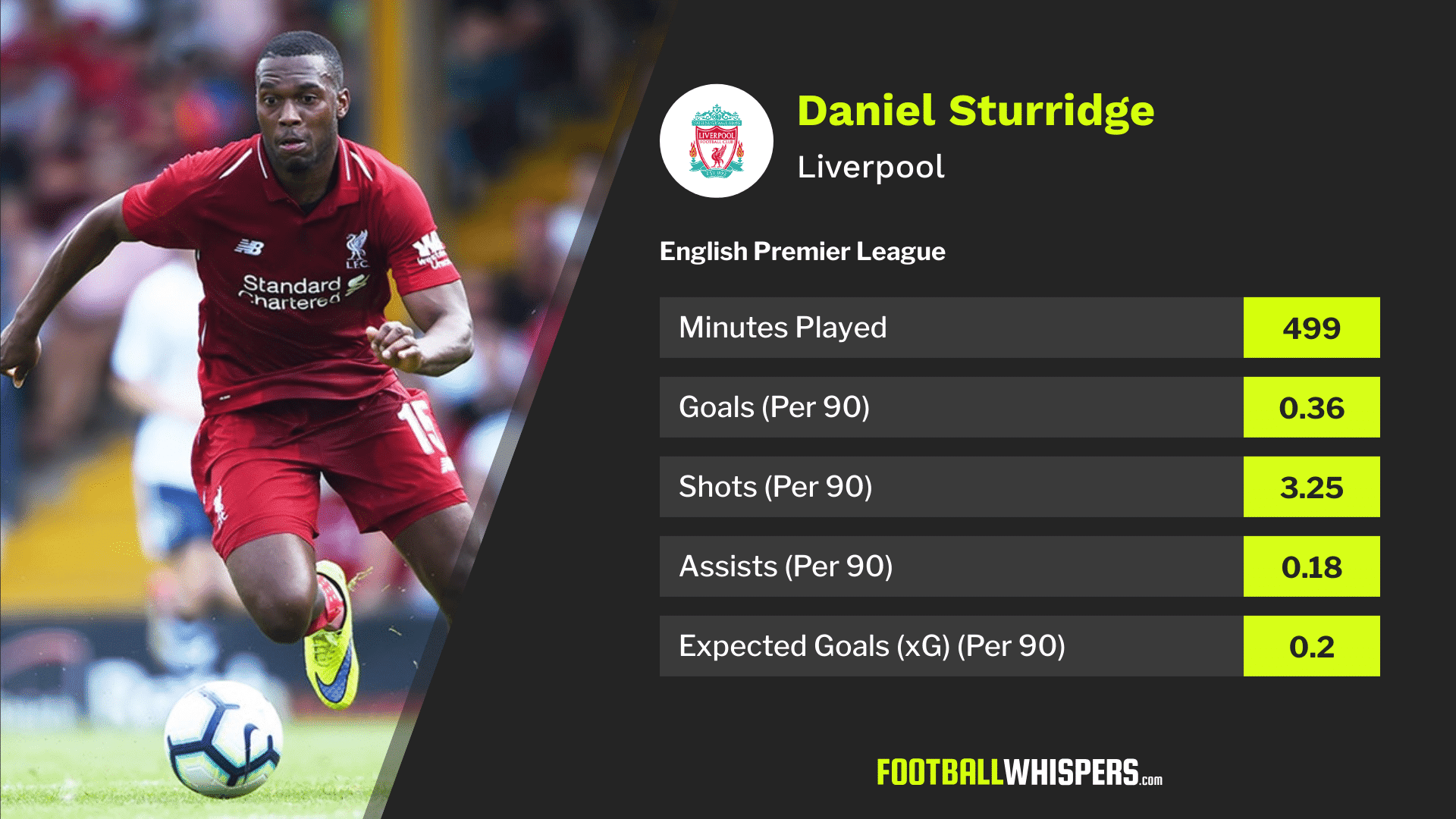 The cliché goes that the Turkish Süper Lig is where Premier League forwards go for their swansong and it looks like former Liverpool striker Sturridge will follow that proud tradition.

Released by the Reds at the end of June following a string of injuries and fitness issues, the 29-year-old has been linked with a return to the Midlands to join Aston Villa. But that talk has gone quiet with Major League Soccer and Turkey his two most likely destinations.

Trabzonspor have, according to ESPN, edged out Başakşehir in the race to land the former England international. An offer of between £1.84million and £2.77million a year, including bonuses, is expected to get the deal completed.

While his partner in wing crime Arjen Robben has called it a day, former Bayern Munich attacker Ribéry intends to continue this season.

One of the summer's more bizarre stories saw the French forward linked with Premier League new-boys Sheffield United but nothing came of it.

The 36-year-old had looked set to join Saudi side Al Nasr but, according to German tabloid BILD, negotiations have been broken off as the club could not guarantee the whole of his salary.

New reports have since emerged claiming Ribéry, who won 23 trophies with Bayern in 12 years, is in talks with Dutch champions PSV. The Eredivisie holders had been linked with a romantic reunion with Robben before his retirement and look set to lose Lozano. 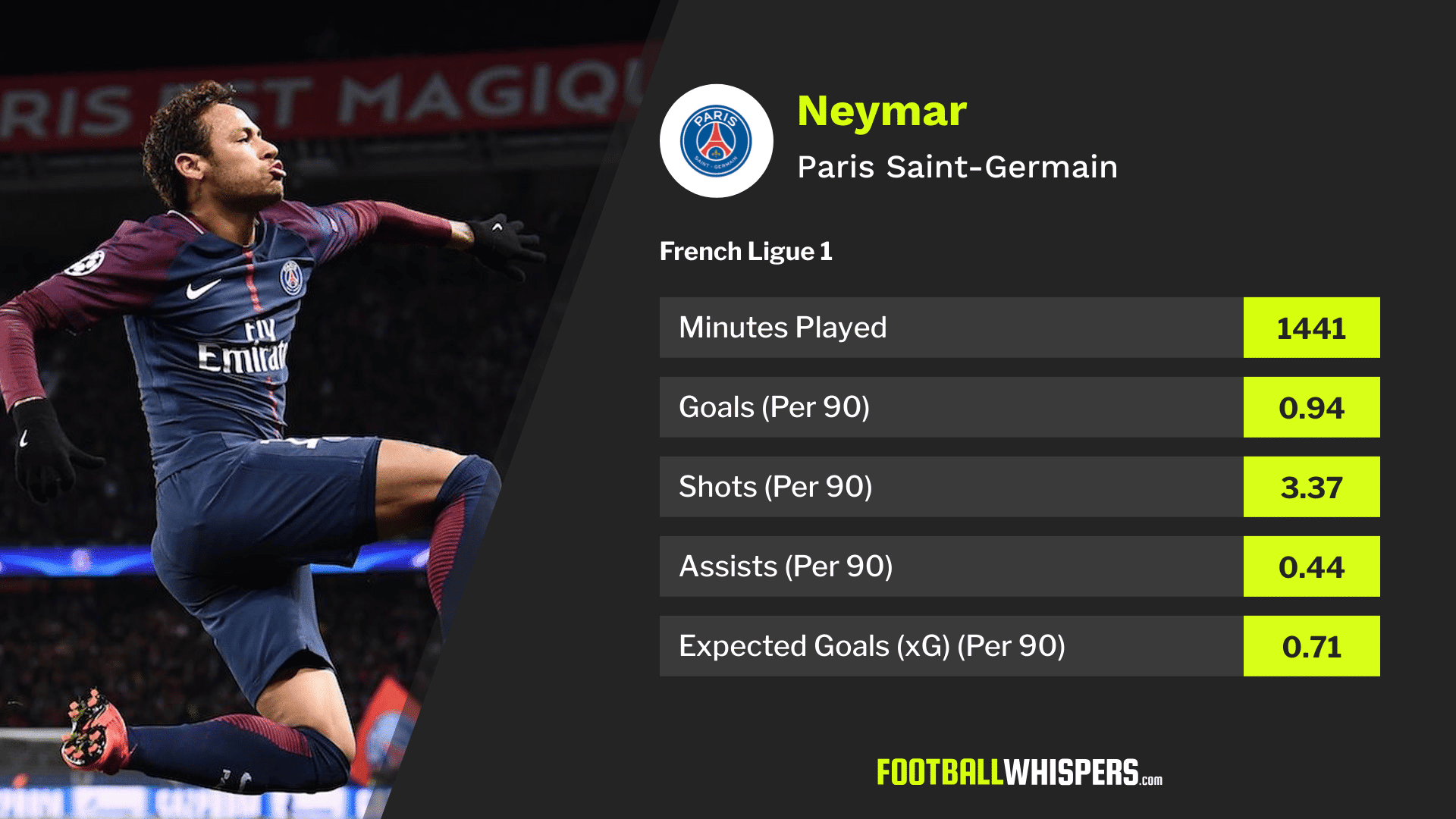 The saga which will surely define the summer transfer window is Neymar's future.

The Brazilian wants to leave Paris Saint-Germain after two seasons. That much we know. But having cashed their chips early, neither Real nor Barça can really afford him as things stand.

The ripple effect of Neymar joining one of Spain's big two would be felt across Europe – if either can get a deal done. Barcelona have offered Philippe Coutinho, Ivan Rakitić, Jean-Clair Todibo, Nelson Semedo and others in a bid to strike an agreement.

But PSG aren't interested. In fact, the only Blaugrana player they'd accept in a player plus cash deal – which, let's face it, never come off – is Ousmane Dembélé. He is, of course, one player Barça have no interest in parting with. So we're at an impasse.

Real Madrid, meanwhile, have even more players they don't want but the talk is Los Blancos would loan the 27-year-old before completing the purchase next summer in a bid to ease the expenditure on their balance sheet. That's no use to PSG, though, who want £200million to part with their prized asset.

There is an alternative. According to Sport, Madrid president Florentino Pérez has obtained a loan to finance the deal. A follow-up offer of around £109.4million plus players could be in the pipeline as a result.

Regardless, don't expect anything soon. PSG's sporting director Leonardo told RMC: “It’s known that there are negotiations about his future but at the moment none of them is at an advanced stage.”

Another which has run all summer long and should continue to dominate back pages until September 2 is Pogba's potential switch to the Spanish capital.

Needless to say, Real cannot afford the French enigma and any deal will be reliant on moving some players out after their €300million summer blow-out.

Coach Zinedine Zidane is having none of it and, speaking ahead of Real's LaLiga opener against Celta de Vigo, said: “Paul (Pogba) is a player for Manchester United and we have to respect that. Here we are thinking about the game tomorrow.”

That was in response to claims by Pogba's brother, Mathias, that a deal could still happen.

Speaking to El Chiringuito via Get French Football, he said: “As you know, he wants to leave. But today, it is not his fault. He can’t do it all. So, he is waiting and still working hard at training…”

Juventus had also been keen but they too need to offload players before considering another big-money acquisition.