Big-name transfers are finally starting to happen this summer with Matthijs de Ligt‘s long-awaited move to Juventus the latest to be confirmed.

But Europe's elite clubs are not done yet. Not by a long chalk. There are a number of deals expected to take place before transfer windows around the continent begin to shut and we've got them all covered. 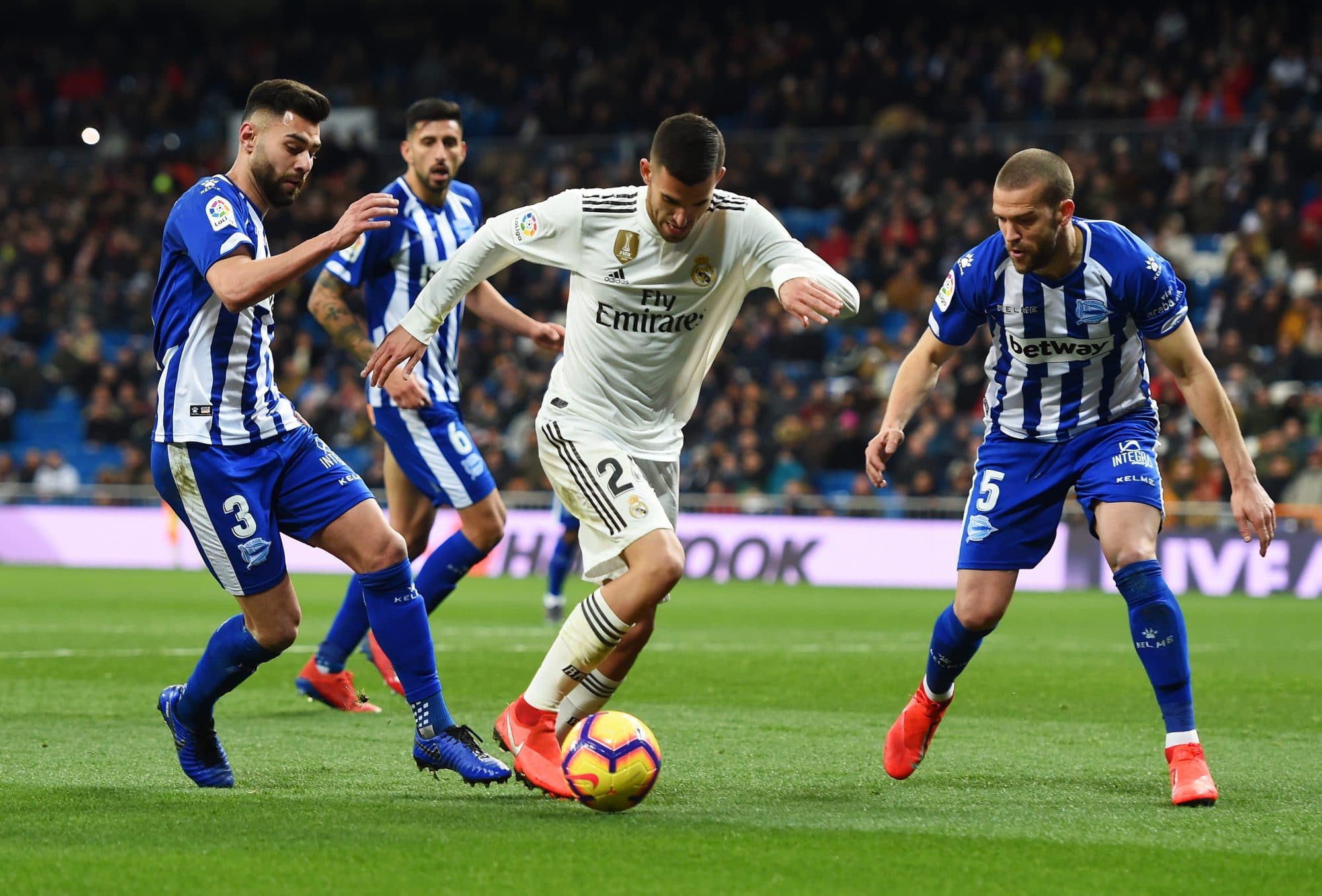 One of a number of players looking to escape the Santiago Bernabéu is Spanish schemer Ceballos. Fresh from lighting up the Under-21 European Championships in Italy, the Spaniard is hot property – but not at Real Madrid.

Signed from Real Betis two summers ago, the 22-year-old has never found favour with the 13-time European champions and is one of the players coach Zinedine Zidane is prepared to move on in order to fund transfers for Neymar or Paul Pogba.

Depending on which of the Spanish dailies you believe, Arsenal lead the race to sign the Spaniard ahead of North London rivals Tottenham Hotspur having agreed personal terms with Ceballos.

Spurs could instead sign Giovani Lo Celso from Betis, paving the way for the Gunners to get their man. 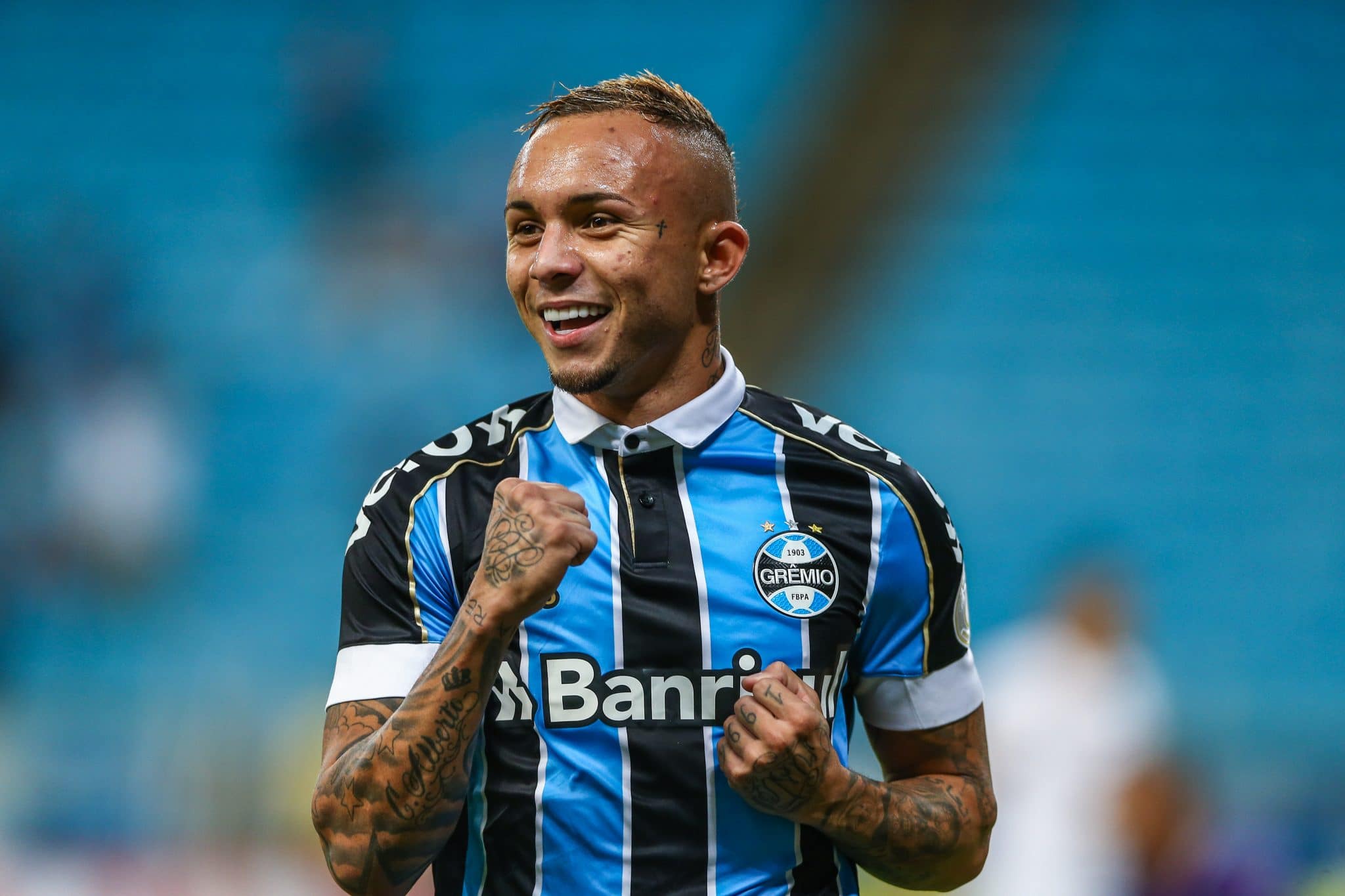 Despite their restrictive £45million transfer budget, Arsenal appear hell-bent on making a splash this summer and are also at the head of the queue for Grêmio's £36million forward Everton.

The 23-year-old scored three times to finish as joint top-scorer as Brazil won their first Copa América since 2007 this summer, netting in the 3-1 final win over Peru.

New Arsenal signing Gabriel Martinelli has recently followed the forward on Instagram which, in 2019 parlance, is a sure-fire sign the exciting forward is heading for the Emirates.

If Arsenal pull the deal off – and they're believed to have agreed terms already – they would beat Manchester City and Milan to the South American. 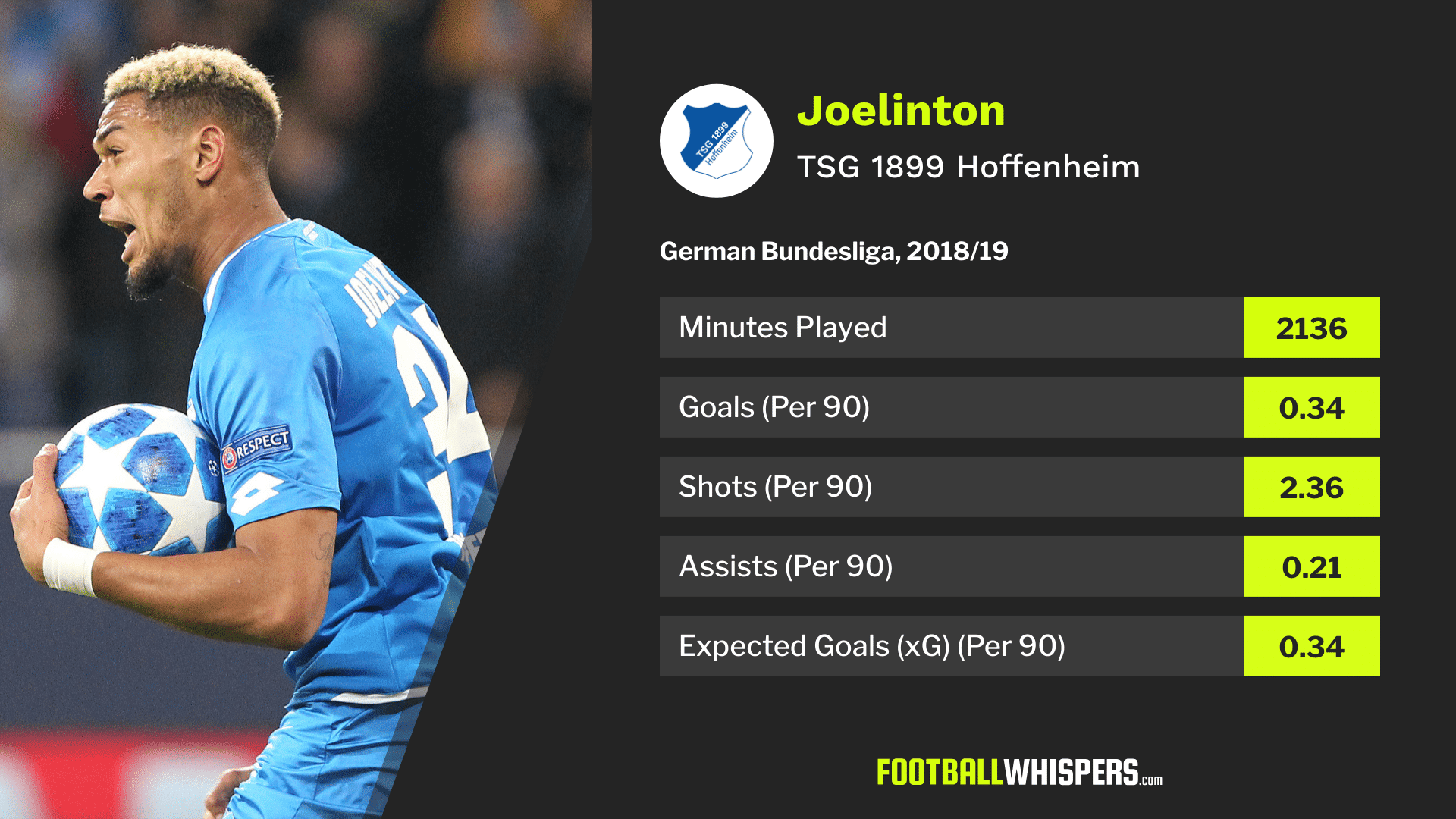 While not prolific for Hoffenheim – netting just seven times in the Bundesliga last term – the 22-year-old will be a welcome addition at St. James' Park after strikers Salomón Rondón, Ayoze Pérez and Joselu all departed this summer.

Speaking over the weekend, Hoffenheim director of football Alexander Rosen said: “We are on the home stretch but not over the finish line. There are things in contracts and clearing processes that take more than 24 hours.” 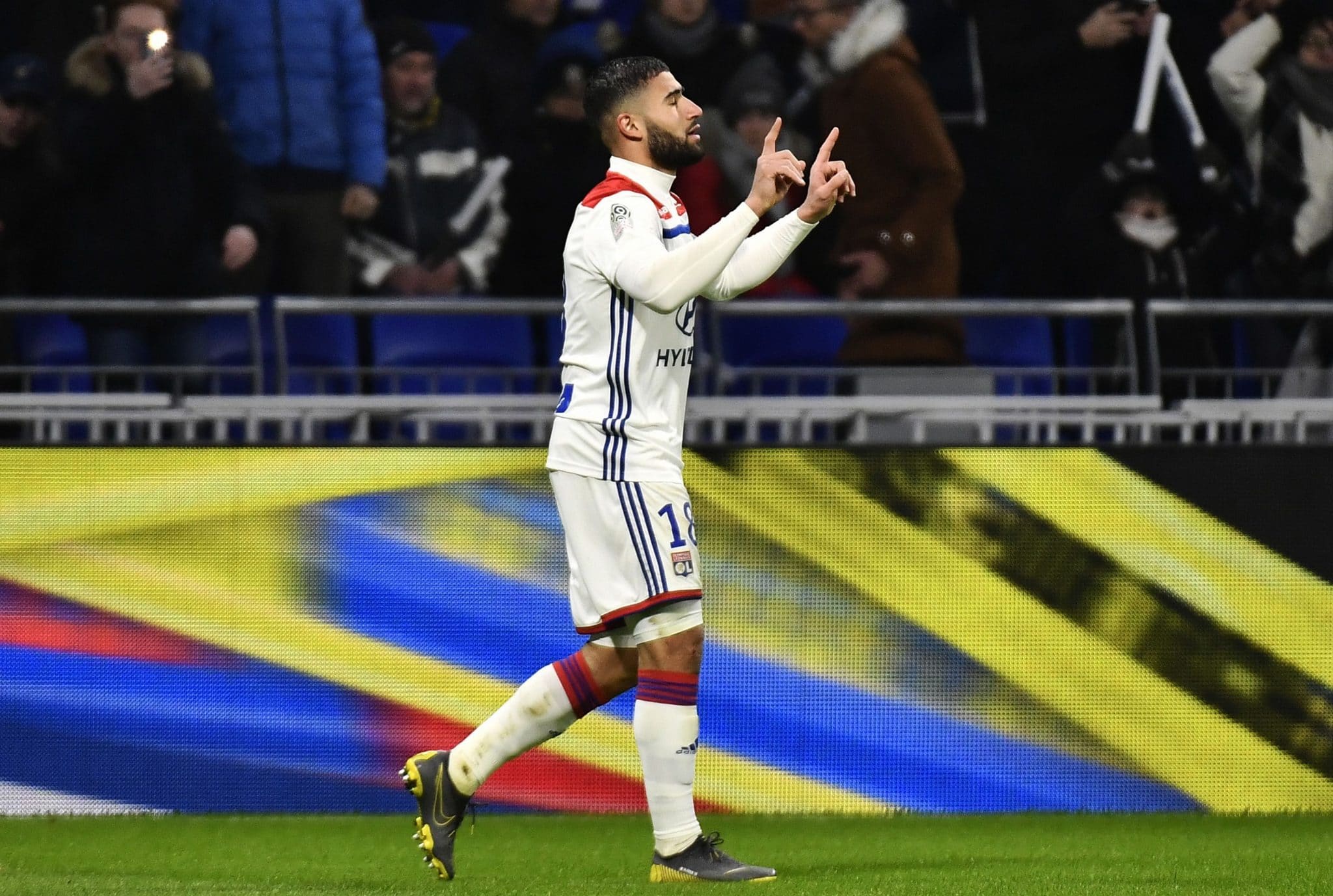 One of the biggest transfers not to go ahead last summer was Fekir's move to Liverpool. After much speculation, the deal – which would have set the Reds back a reported £48.35million – suddenly folded with no reason given.

Reports at the time claimed a knee problem flagged up in the attacker's medical was to blame. With his contract at Lyon up next summer, this is the Ligue 1 side's last chance to command a fee for their captain who will leave the Groupama Stadium having netted 69 times in 192 outings.

The fee is around £18million which could be a bargain – if his knee holds out. 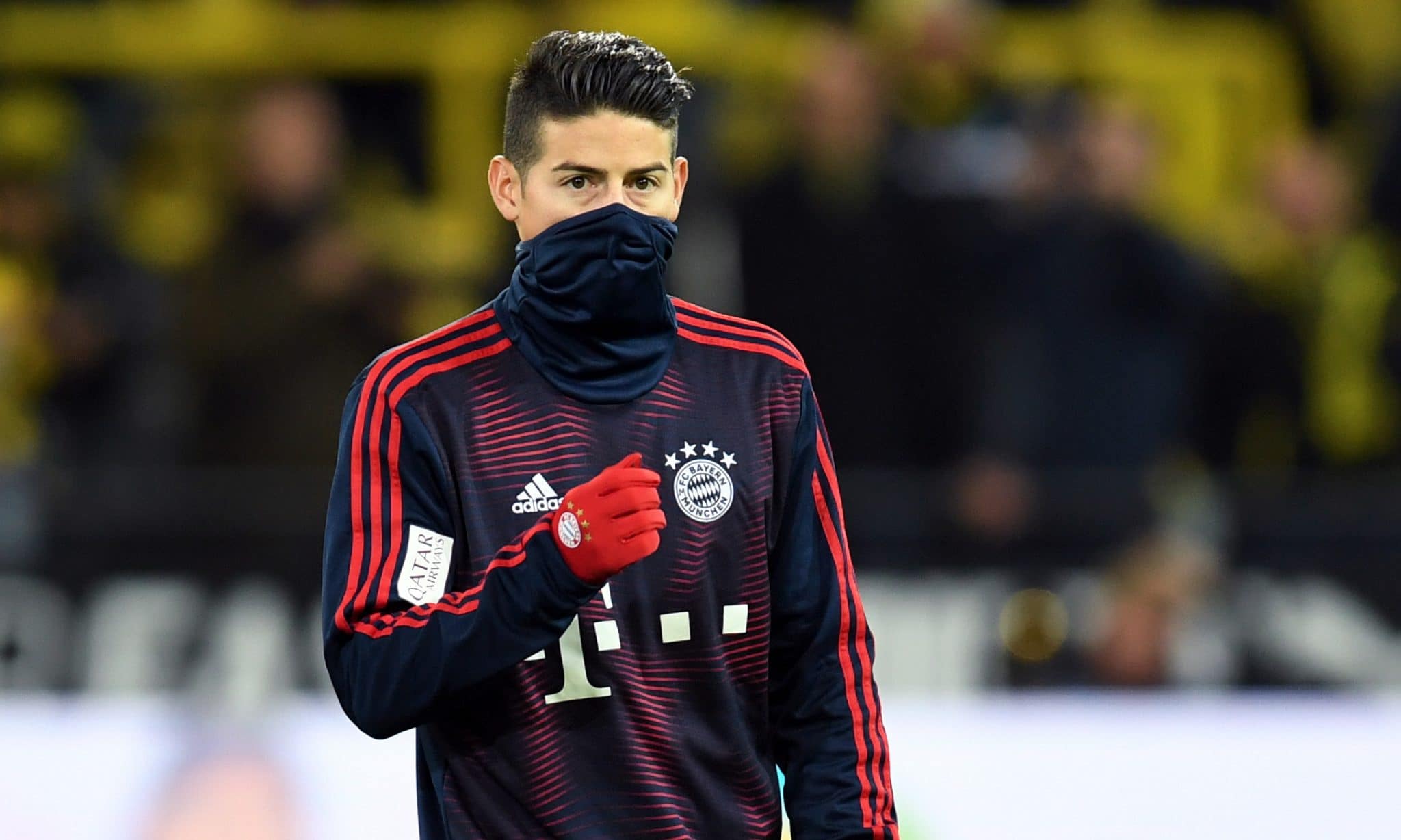 It's been a summer of huge change at the Wanda Metropolitano with stalwarts Diego Godín, Filipe Luís, Juanfran, Lucas Hernández and Griezmann all departing.

Los Colchoneros have gone big on replacements and their transfer business looks set to continue with reported interest in Rodríguez, the one-time golden boy of European football. Things haven't quite gone right for the Colombian since his 2014 World Cup showings which earned a move to Real Madrid.

Discarded by Real two summers ago, the 27-year-old elected against making his loan switch to Bayern Munich permanent and he's been available ever since.

A reunion with ex-Real and Bayern coach Carlo Ancelotti at Napoli had appeared to be on the cards but the playmaker looks set to remain in Madrid with rivals Atlético. 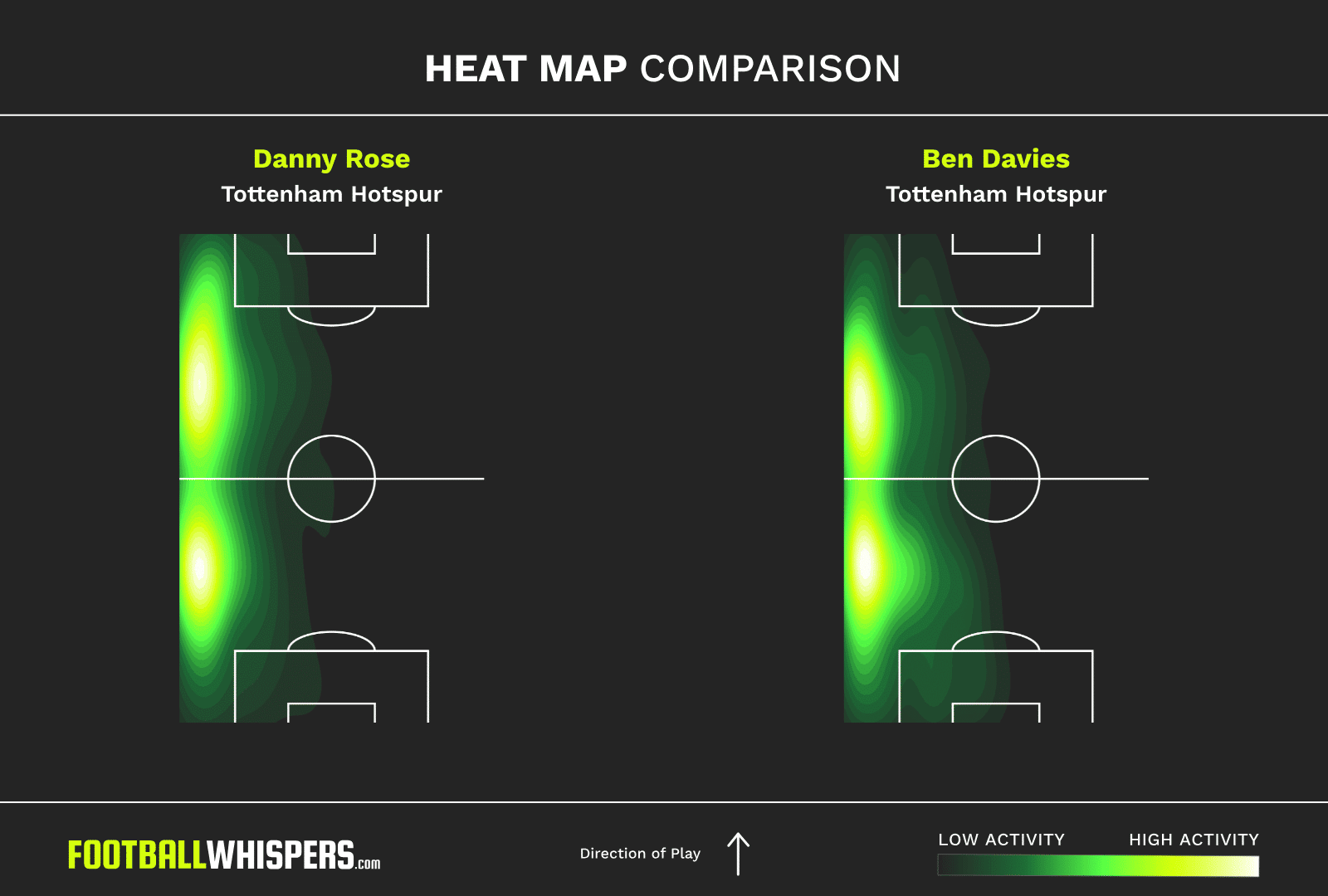 The Tottenham left-back is reportedly surplus to requirements in North London this summer and has been left at home to complete a move away from Tottenham Hotspur Stadium, according to Sky Sports News.

Various reports claim the 29-year-old has offers from the Parisian outfit, as well as Juventus and Newcastle United. Barcelona, though, are not keen on Rose after being offered his services – that according to Spanish daily paper Sport.

Ben Davies, Rose's rival for the left-back berth at Spurs, has signed a new five-year deal to remain with Mauricio Pochettino's side and it's clear the Argentine is sticking with the Welshman as his first choice this season.

Rose has always been clear about his desire to win trophies and maximise his earning potential – PSG tick both boxes. 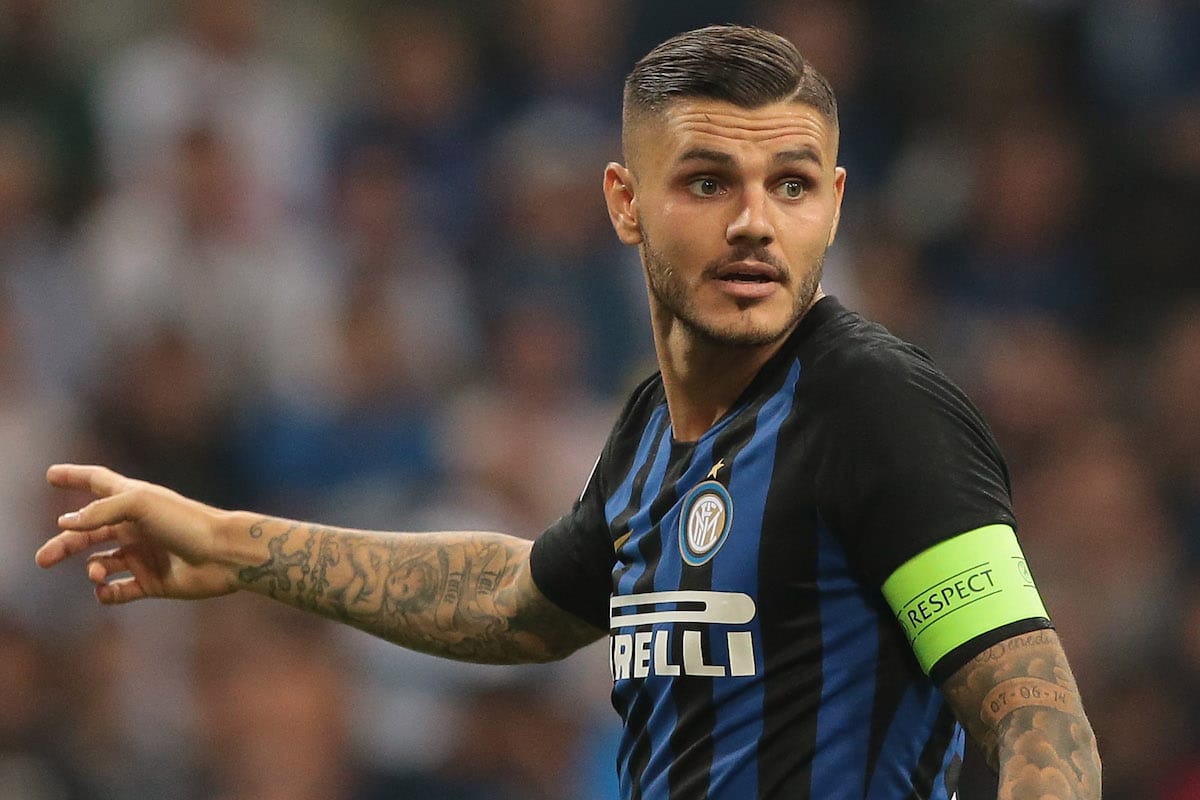 If Antonio Conte doesn't want you, you're left in no doubt. The Italian famously ditched Diego Costa by text a matter of weeks after the Spaniard fired Chelsea to the Premier League title in 2017 and a repeat is on the cards at new club Internazionale.

Argentine striker Icardi guarantees goals and a healthy dose of drama – something Conte wants no part of. Stripped of the captaincy at the start of the year Icardi spent the rest of the 2018/19 campaign sulking, scoring just twice as Inter scraped Champions League qualification before sacking Luciano Spalletti.

Juventus remain the most appealing option for the 26-year-old but Inter are reluctant to sell the 2015 and 2018 Capocannoniere to their rivals. Napoli boss Ancelotti is keen on the Rosario native and the financials are in place – per reports in Italy – now he must persuade Icardi to move south. 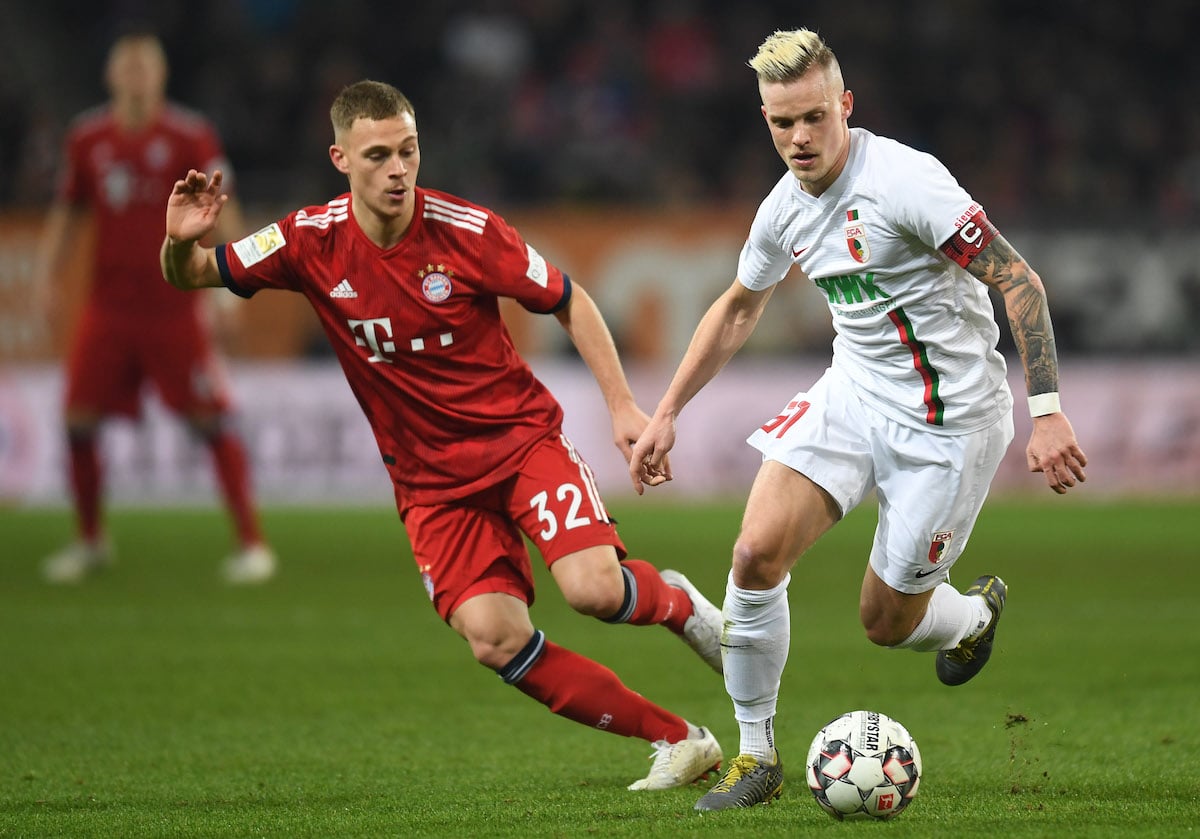 The Reds need cover at left-back after allowing the haphazard Alberto Moreno to move on at the end of his contract last month, leaving Andrew Robertson as their only senior left-back.

Augsburg defender Max has been thought of as one of the best in the Bundesliga for a couple of seasons and was, at one point, linked with Manchester City.

According to the Daily Express, however, Barcelona are trying to muscle in on a deal for 25-year-old German as they too need left-back cover for Jordi Alba.

A price of £18million, per Sport, is exceptional value and it will be a case of who can persuade the former Bayern youngster to sign with them. 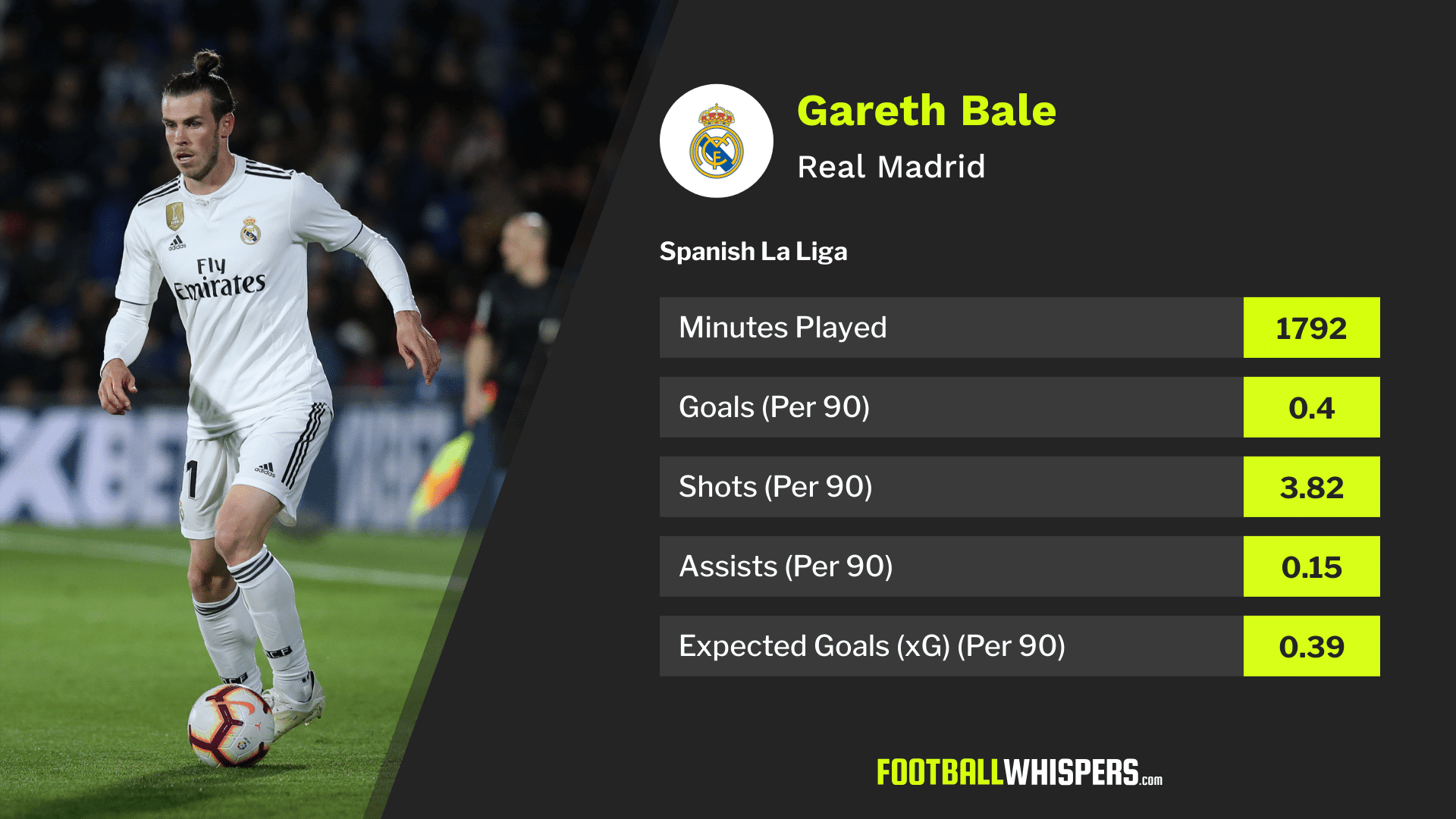 The Real Madrid forward's name has hardly been out of the headlines all summer and that does not look like changing after Zinedine Zidane revealed the Welshman was close to sealing a move away from Spain.

Asked why Bale had been left out of Los Blancos' first pre-season fixture, a 3-1 defeat to Bayern Munich in Houston, Zidane said: “I have to make decisions. We have to change. The exit is the coach's decision, and also of the player, who knows the situation.”

Per the Manchester Evening News, Manchester United do not want the former Tottenham Hotspur forward though Paris Saint-Germain have discussed the possibility of a swap deal for Neymar. 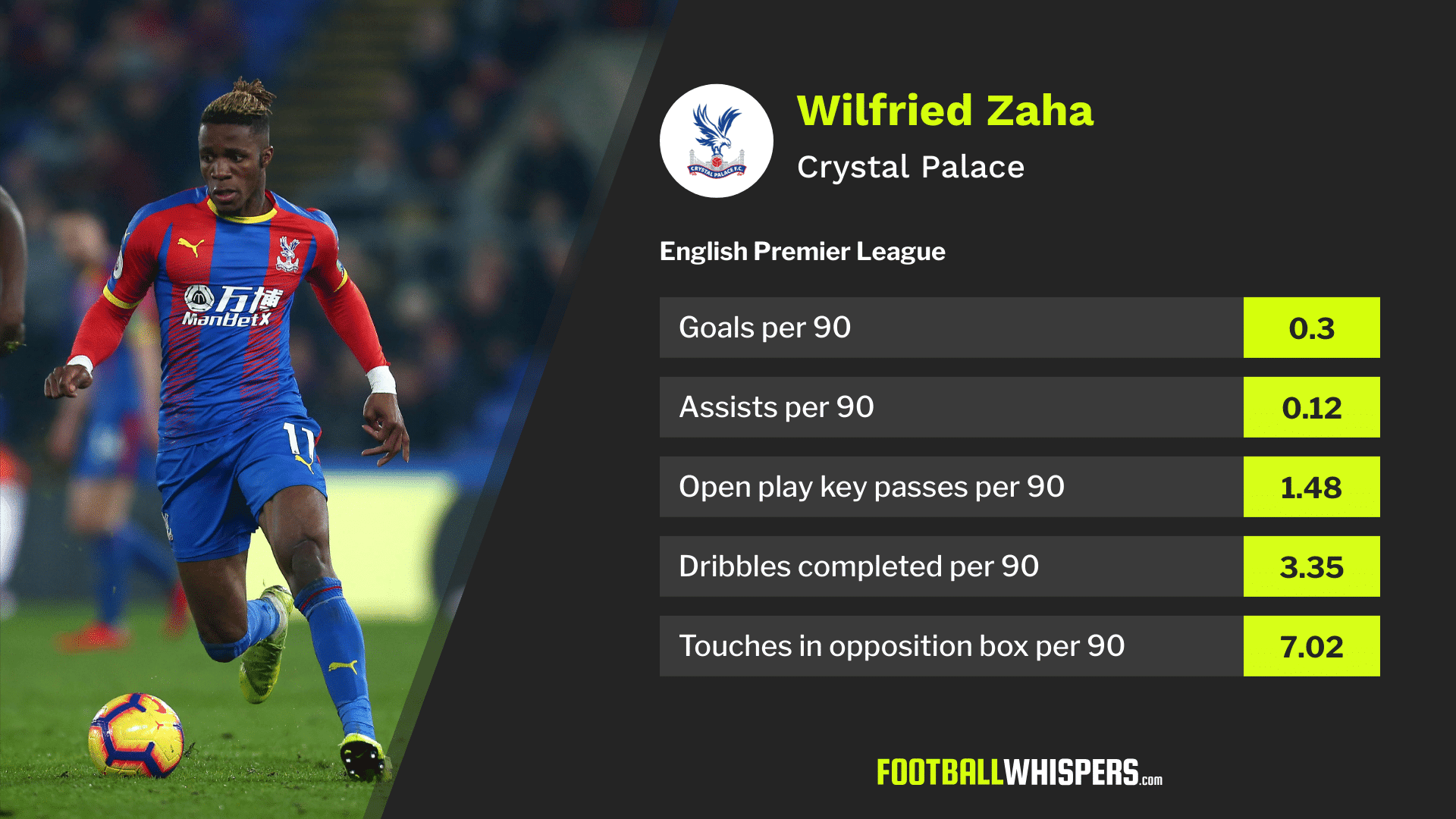 Crystal Palace talisman Zaha has reportedly asked to leave the South London club after more than 300 appearances across two spells and could be on his way to Bayern.

Arsenal were quoted around £80million for the Ivory Coast international, a figure which would make Zaha the most expensive signing in Bayern's history,  exceeding the £68million they paid for Lucas Hernandez earlier this summer.

Former Gunners youngster Serge Gnabry flourished at the Allianz Arena last term while there are high hopes for Alphonso Davies. But the Bavarians' need for additional quality in the wide areas is urgent following the dual loss of Arjen Robben and Franck Ribéry this summer.