One has been shining for a struggling side in the Championship. The other has been impressing in the Eredivisie and Europa League.

The settings for their respective seasons have been very different but there's one similarity, goals. And lots of them.

We are, of course, referring to Tammy Abraham and Bertrand Traoré. Two Chelsea strikers who've left Stamford Bridge on loan and made a telling impact at their respective clubs.

Both will return to the club this summer and a decision will have to be made on their futures.

But who is worth keeping, probably as backup, and who is worth sending out for another loan spell? We argue the case for both.

The case for Traoré

When Traoré was sent on loan to Ajax last summer it was a move met with a deal of skepticism from Chelsea supporters.

Firstly, the Burkina Faso international had already proven himself in the Eredivisie during a two-year stint with Vitesse Arnhem in which he scored 20 goals in 51 games. So it wasn't a switch likely to push him. 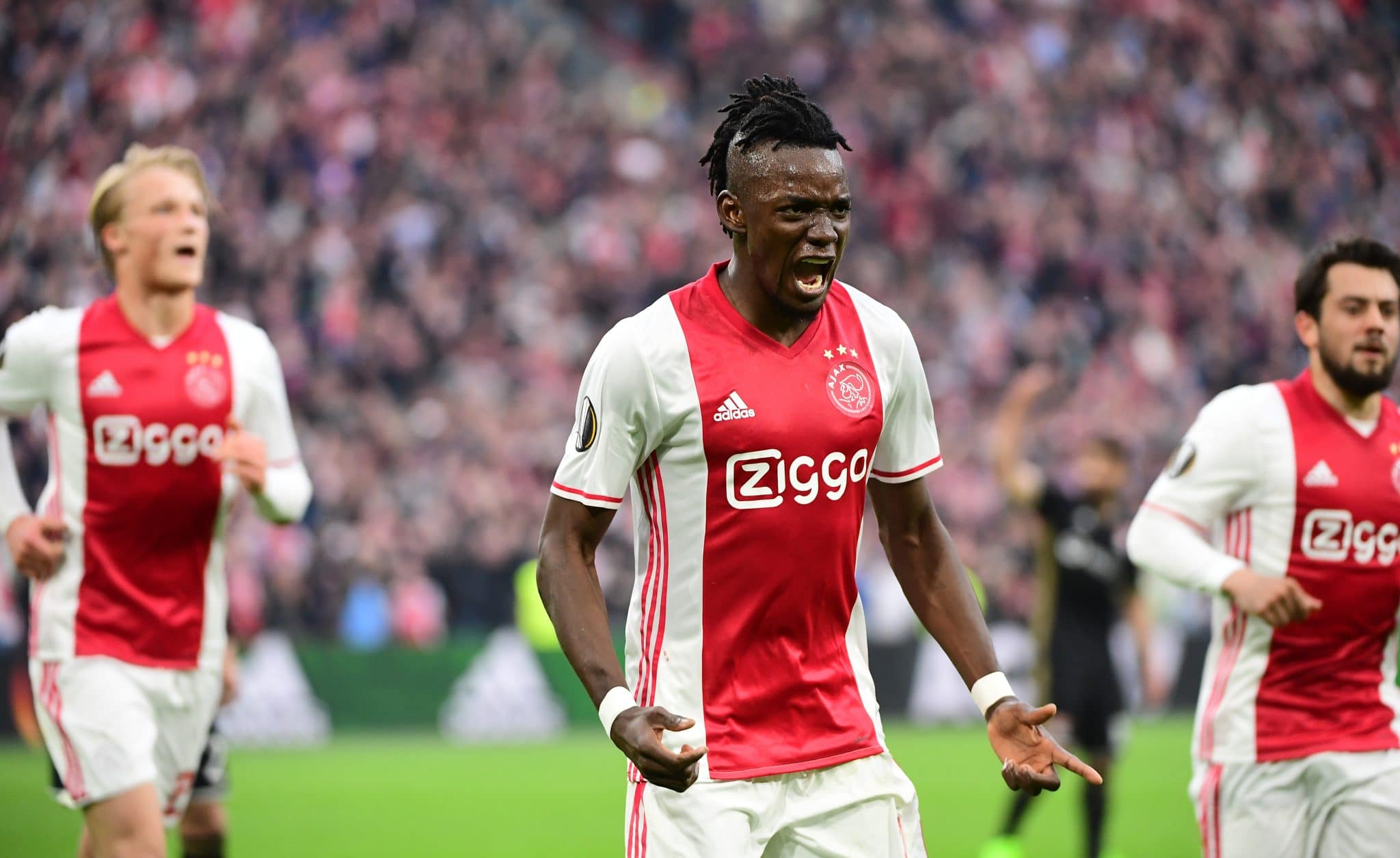 Secondly, with Diego Costa and Michy Batshuayi as Chelsea's only senior strikers, there was a hope Traoré would be involved with the first-team squad on a regular basis.

He had proven himself capable of performing in the Premier League during the 2015/16 campaign.

While it was an awful season for the Blues, Traoré scored four goals across all competitions, averaging a goal every 128 minutes. He appeared ready for more football at Chelsea.

But his time with Ajax may turn out to be vital in his development, not so much on the field but off it.

Traoré made a solid start to life at the Johan Cruyff Arena but was criticised by the club's coach, Peter Bosz, in November for not being fit enough.

“His attitude is not wrong but his shape is not good,’ the manager explained. “I know he can do much better that he has shown at Ajax in his early days.”

Traoré responded to that criticism and has since scored ten goals, including a brace in the Europa League last four which has put Ajax on the brink of securing a spot in the final.

He may return to Chelsea this summer a Europa League winner and someone ready for more responsibility.

With Costa's future once again the subject of speculation and Batshuayi seemingly unable to truly win over Antonio Conte, Traoré has a perfect opportunity to demonstrate he can be an effective weapon for Chelsea next season.

The case of Abraham

When Abraham completed a season-long loan move to Bristol City last August, Robins manager Lee Johnson said the club would give the Chelsea youngster a chance to “showcase himself in the Championship”.

It's an opportunity the 19-year-old has taken, and then some. Despite his impressive scoring record with the Blues' youth sides few would've expected Abraham, in his first full professional season, to make such an impact at Ashton gate.

The England Under-21 international has scored 26 times and assisted a further four – he is contributing to a Robins goal every 122 minutes. 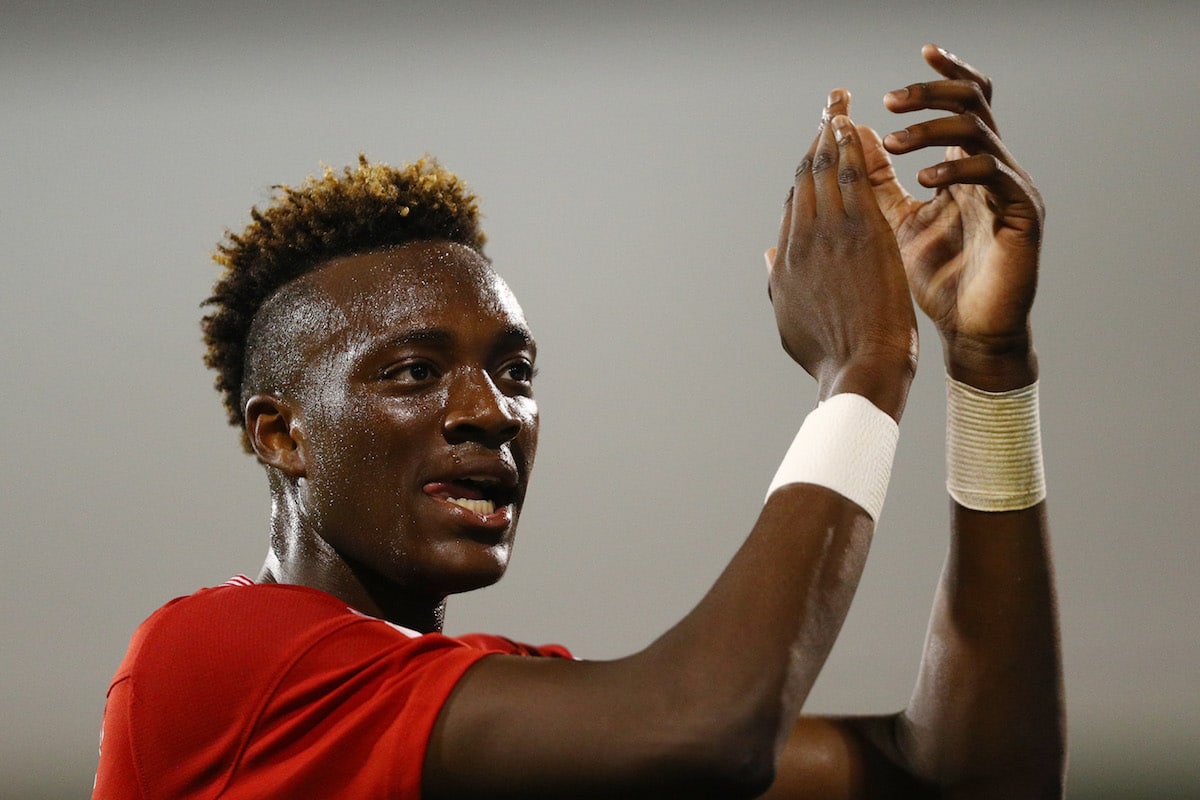 REAd More: Tammy Abraham -Ready for the top flight but not Chelsea

Even more impressive is his 23 Championship goals make up 38 per cent of Bristol City's total for their league campaign. Without Abraham's proficiency in front of goal, Johnson's side may have struggled to stay in the division.

Abraham's reward for his form this season is reportedly a £50,000-a-week contract.

It's a staggering amount for a player who has only ever made two substitute appearances in the Premier League. But it represents the belief Chelsea have that the young striker is capable of shining in the top flight.

Whether Conte has the same belief just yet will be tested this summer. Abraham will return to pre-season confident and ready to prove himself against, in all likelihood, a squad of Premier League champions.

There's a gap in the squad he could potentially fill but whether he is ready to perform in the spotlight of the top flight will be something Conte has to judge.

Ultimately which striker remains at Stamford Bridge will be decided by one man; Conte. 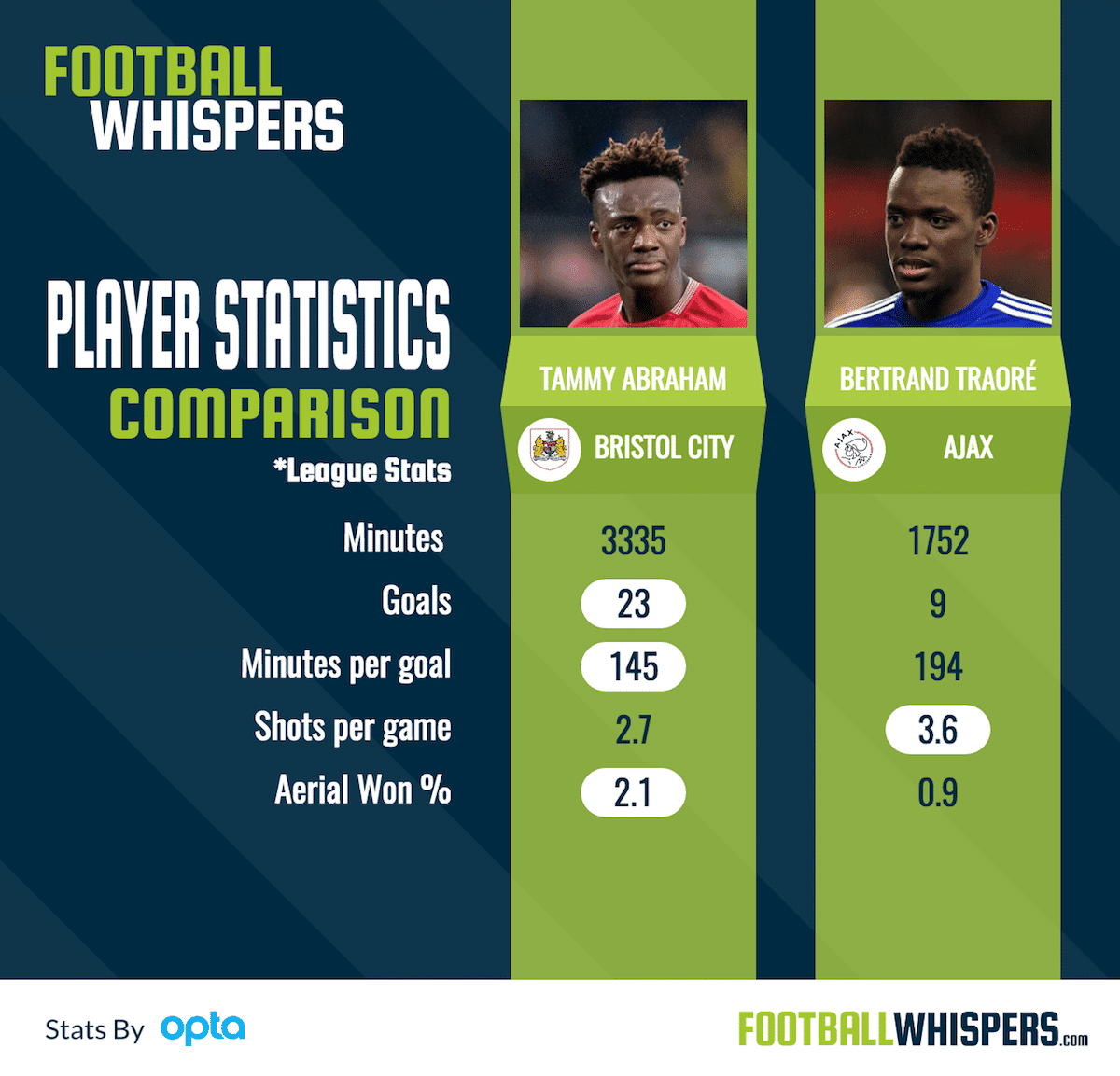 But the smart choice – perhaps contrary to popular belief – would be let Abraham depart for a second loan spell, this time in the Premier League, and keep Traoré in the first-team squad.

Abraham, while incredibly talented, is still raw. It would be more beneficial for both him and Chelsea if he spent another season honing his craft and returning to Stamford Bridge in the summer of 2018 ready to challenge for a starting spot.

Traoré is more than capable of playing second or third fiddle next season. The only question would be whether he'd be happy with such a role.