How do you solve a problem like losing a player of the calibre of Mats Hummels? Borussia Dortmund seem to have solved the conundrum in the form of a Barcelona trained defender, but they could still do with additional cover throughout the squad.

The latest whisper to watch focuses on Marc Bartra, and his move to Dortmund from Barcelona. The Catalan side have issued a statement confirming both the deal and the fee:

“FC Barcelona announce that German club Borussia Dortmund have informed them of their desire to activate the buy out clause for the player Marc Bartra, according to which the club is obliged to facilitate the transfer of the player for the price of 8 million euros.”

Considering the deal is complete, it’s worth focusing on why the Spanish Champions are willing to let their former youth player leave for such a minimal fee. The fee itself is easily explained; they activated a release clause in his contract which was surprisingly low.

The player made his name in the Barcelona B squad, before moving on to the illustrious first team. After a handful of appearances, he made the full transition in 2012-13, and he managed to become a fully fledged member of the squad.

He struggled to further cement his place last year, and had less than 500 minutes on the pitch in La Liga. The legendary former Barca captain Carles Puyol is his agent, and he admitted that his career had stuttered slightly during a recent interview;

“Bartra's season, on a personal level, has not been as good as we had hoped, he did not have much playing time, but now he is focused on the national team. He is very motivated and excited. We will see what happens.”

A four-year deal goes to show that they think they have a real player, and it would be easy to profit in the next few seasons if he’s able to take the Bundesliga by storm. However, it’s rumoured that the deal has a buy-back clause, which would make sense if he manages to resume his progression at his new club.

The Spanish club’s sporting director Robert Fernandez recently said that he would like the player to stay, but the decision would be down to Bartra alone. It’s clear that he needs to play regularly, and with the Hummels-shaped hole there’s a route to the first team.

It should be easy enough to capitalise, while former Barcelona academy players tend to have the technique and application needed to make it across Europe.

As for Bartra himself, he’s known for having a strong passing range which will help him slot into the setup (and style) at Dortmund, while he’s also offers something both defensively and offensively in the air. His anticipation skills and willingness to tackle also mark him out, and he’s a lot stronger than he looks.

Manchester United and Tottenham were also supposed to be in the hunt, and it’s clear that the player would have added support to a couple of teams that want to be challenging for the title next season. Yet again, rivals have stolen a march with smart business. 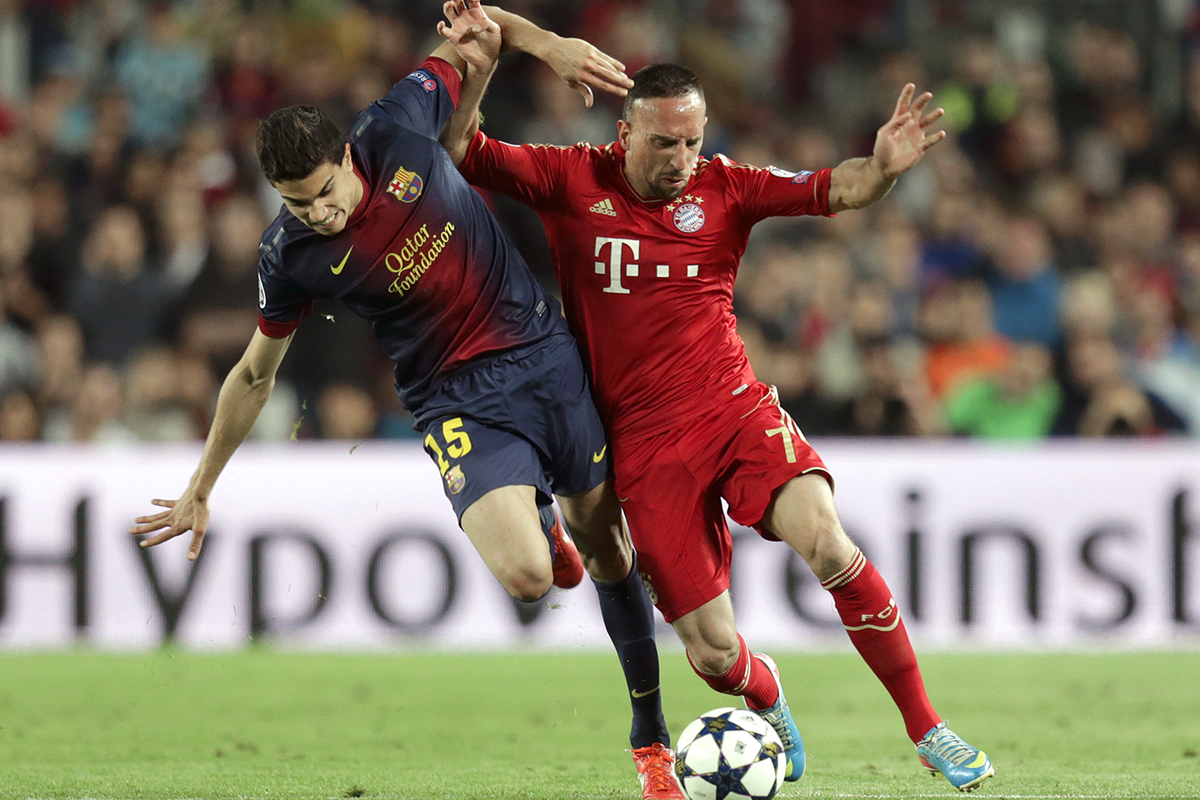 He’s a part of the Spanish national team and he has decent experience in the Champions League. (Including two winner’s medals from his time in Spain.) Considering the big money deals that have stolen headlines over recent seasons, the fee is pretty ordinary, but it represents a decent bit of business for the German side.

After the loss of both Hummels and Ilkay Gundogan to Bayern Munich and Manchester City respectively, it’s important for Thomas Tuchel’s team to replenish their depleted stocks if they want to be considered as true challengers next season. (They’ll also be keen to hold onto Pierre-Emerick Aubameyang.)

The acquisition of Bartra will go some way to plugging the gaps in one of the hottest squads in Europe, while the signing of Ousmane Dembele is one for the future. (The starlet snubbed Leicester City along the way.) Perhaps they could do with another acquisition to further bolster the team, but replacing the players they’ve lost is most important for now.

It’s also rumoured that they’re close to finalising a deal for the Mexican international winger Jurgen Damm, who currently plays for Tigres UANL. (The index score for the deal currently stands at 4.0.)

As for Barcelona, it’s clear that they weren’t completely happy with the idea of letting go of one of their own, but they must be confident that he would want to rejoin if they come calling with the promise of first team football in future. It’s a risk they’re willing to take, which is why the reports of a buy-back clause seem likely.

At 25, the player still has time to mature, but he comes with enough experience to benefit the team, even if they Spanish giants plan to keep half an eye on him in the long-term. It’s in everyone’s interest for him to do well, so keep an eye on his progress in the Bundesliga, as well as the upcoming Euros.

Make sure to keep checking the index regularly to stay up to date with the latest rumours. Will Bartra ever make the move back to Barca? (Try saying that five times.)