Rarely has the race for the Premier League title seemed so competitive. Gone are the days of one team dominating – be it Sir Alex Ferguson’s Manchester United or Arsène Wenger’s Arsenal; now is the time of six genuine first-place hopefuls.

And in these times when the difference between first and sixth, between Champions League seeding and Europa League ignominy, between success and failure, is so small, every transfer window counts.

This summer, Arsenal, Chelsea, Liverpool, Manchester City, Manchester United and Tottenham Hotspur have sought to strengthen their squads for the season ahead. All have high hopes; most believe themselves to be true title contenders.

Having opened on 9 June, the transfer window is now roughly at its halfway point. Here, Football Whispers assesses and ranks the work done by each of the Premier League top six so far.

Continuity is arguably one of Tottenham’s key strengths. Mauricio Pochettino’s side remains largely unchanged from year to year, allowing for the maturation of the talents within, such as Dele Alli, Harry Kane and Eric Dier.

In terms of organisation and understanding, no team in the Premier League tops Spurs. They are one of the most cohesive sides in Europe right now and the consistency within the squad is undoubtedly a part of that. However, their lack of additions thus far can only count against them, especially when considering that one of their regulars has left.

Kyle Walker’s departure to Manchester City came at a fee of £43.4million. This, along with other sales, means Tottenham are the only one of the top six to have actually made a profit this summer thus far.

But, for all their financial prudence and long-term planning, they have not strengthened the squad as yet.

Having entered this summer on a far from certain footing, Arsenal’s window has been fairly quiet. Sead Kolašinac was brought in on a free transfer from Schalke to minimal commotion, while few noticed Wojciech Szczesny’s departure for Juventus.

Indeed, the signing of Alexandre Lacazette for just over £45million has been the only genuinely eye-catching piece of business conducted by Wenger as he looks to build on the improvements made toward the end of last season.

After switching to a 3-4-2-1 system, Arsenal ended the 2016/17 Premier League campaign with strong form before beating Chelsea to lift the FA Cup. And the positive news is that both of the new arrivals fit the new system – Kolašinac played at left wing-back for Schalke while Lacazette often led the line alone at Lyon.

And yet there are obvious gaps still in need of filling – central midfield could do with an addition of bite to supplement the refined playmakers already present, while a strategic replacement for Petr Čech must be identified sooner rather than later.

The Pep Guardiola revolution was delayed slightly as Manchester City failed to live up to expectations during their first season under the Catalan tactician’s guidance. This explains why the club have been so ambitious and extravagant in this summer’s window, splashing the cash with unerring frequency. 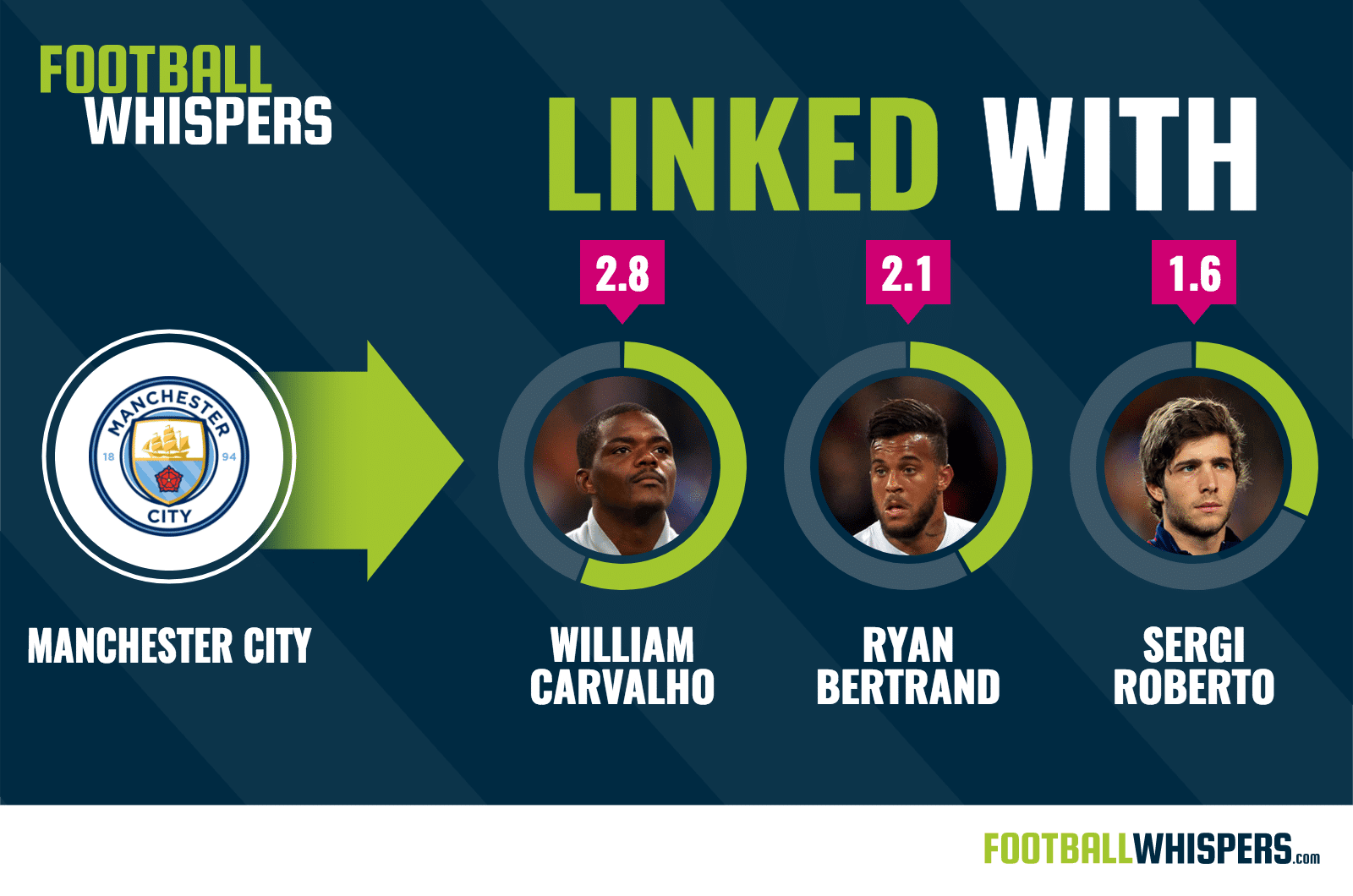 So far, five big-name signings have been made in the form of Walker from Tottenham, Bernardo Silva and Benjamin Mendy from Monaco, Danilo from Real Madrid and Ederson from Benfica. Key areas of weakness – namely goalkeeper and both full-back positions – have been addressed in the process.

However, the level of expenditure has been astronomical – City’s net spend is just over £172million, which is more than that the net spend of rivals Arsenal, Chelsea and Liverpool combined. In addition, questions remain over some of the additions.

Danilo failed to impress with Real Madrid and it is unclear where he fits into the team when two other full-backs have also been brought in, while Walker isn’t universally regarded as representing value for money.

They may not have raised eyebrows in the way their rivals have this summer, but Liverpool have been subtly effective in the transfer window. While allowing some fringe players to move on, three signings have been made to bolster Jürgen Klopp’s first team squad.

The most expensive to arrive was Mohamed Salah, added for a £35.7million fee from perennial Serie A runners-up Roma. While he wasn’t given time to make an impact at Chelsea, the Egyptian thrived in Italy, and his cutting pace and incisive dribbling should suit the style of play already embedded at Anfield.

Andrew Robertson’s signature came with the modest sum of £7.7million paid to Hull City. This deal ensures that Klopp will have a genuine left-footer that he trusts to take up the left-back slot going forward having previously relied upon James Milner to fulfil the role.

Meanwhile, Dominic Solanke is seen as one to watch in future. The 19-year-old scored four goals to help England to victory in the Under-20 World Cup in June, winning the tournament’s Golden Ball award for his displays. Down the line, his free transfer might be viewed as an astute bargain.

For the first time in several years, Manchester United’s spending has been aligned to the principles of the team’s manager as opposed to the club’s commercial potential. The signings of Victor Lindelöf and Romelu Lukaku will enhance José Mourinho’s line-up in two important areas.

Eric Bailly showed the requisite power, pace and judgement to marshal the back line at Old Trafford last season, and he will now have an able partner. Lindelöf is a solid centre-back with good aerial strength and, at 23 years of age, is a sound bet for the long-term.

Lukaku, meanwhile, will fill the vacancy left by Zlatan Ibrahimović’s exit on a free transfer. The Belgian combines real pace with power, underrated movement and an ever-improving scoring touch. He has also demonstrated a positive work ethic, which Mourinho appreciates from his frontmen.

To think that, just over a month ago, there were rumblings of Antonio Conte being discontented at his side’s transfer activity, or lack thereof.

Today, Chelsea’s future appears much more assured – they have added quality and quantity, and their manager has signed a new contract at Stamford Bridge.

The latest signing, that of Álvaro Morata from Real Madrid for just over £55million, was perhaps the most crucial.

Manchester United won the race for Lukaku, while Diego Costa has continuously been linked with a move away.

A striker was needed, and the Spaniard came right on cue.

The former Juventus man also fits Conte’s style – his directness, speed and movement should help free up space for the likes of Eden Hazard, Pedro or Willian to do more damage.

Elsewhere, Tiemoué Bakayoko brings defensive nous and physicality to central midfield, while Antonio Rüdiger’s aggression and athleticism make him ideal for the right-sided role in Chelsea’s back three.