Having woken to the news that the club had completed the second signing of the Pep Guardiola era, Manchester City fans would have been excused for feeling a little giddy. But those feelings of glorious excitement were soon replaced by a palpable sense of underwhelming, swiftly followed by thousands turning to Google to ask “who is Aaron Mooy?”.

In short, Mooy is a reasonably talented Australian that has been plying his trade at the Citizens sister club in Melbourne. However, his qualities are nowhere near the standard of City’s current world superstars and hopes of establishing himself as a key player for one of Europe’s biggest clubs is non-existent. In fact, the likelihood is that he’ll never even make the Etihad bench.

So why has Guardola signed him on a three-year deal? In reality, he hasn’t; Brian Marwood has. And in truth, it makes a mockery of football.

That’s not to take anything away from Mooy, who has 16 international caps to his name and was named Player of the Year in each of his last two season’s at Melbourne City. A return of 11 goals and an incredible 21 assists in last season’s A League underlines that the boy can play. Nonetheless, he struggled to set the SPL alight during his time at St Mirren, so the mere thought of seeing him line up alongside the likes of David Silva, Sergio Aguero, and fellow new boy Ilkay Gundogan in 2016-17 is nothing short of laughable. Furthermore, at 25, it’s not even like the Australian can be considered a potential star of the future.

Mooy won’t be registered in Guardiola’s 25-man squad next season; he probably won’t even start the upcoming season at the Etihad campus. Marwood’s public admission that the transfer is fuelled by the potential to “further expose him to a high standard of opportunities” suggests that the player’s next move may already be mapped out. Whether it be to another English club or someone on the continent, the Australian will almost certainly be shipped out on loan immediately. 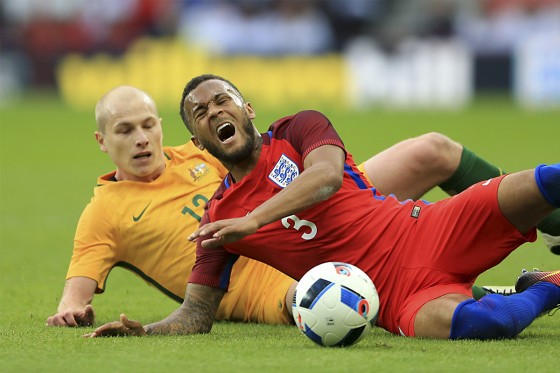 While there’s nothing abnormal about sending a new signing out on loan to continue their development, it’s explicitly clear that Mooy’s arrival isn’t for the benefit of Manchester City. Instead, it is a deal sanctioned on behalf of the entire CFG Group, which also includes New York City and Yokohama F Marino, and underlines the problematic nature of football’s evolving climate. It’s now a billionaires’ playground where business takes precedence over what’s best for the team or its fans; having owners with invested interests in multiple organisations has only amplified the issue further.

Worryingly, Mooy’s transfer isn’t the first of this ilk; it’s not even the first involving Manchester City. Midfield duo Luke Brattan and Anthony Caceres are both currently on loan at Melbourne having arrived from A League rivals with no chance of ever playing senior football for the Premier League giants. Meanwhile, Marwood has previously stated that Patrick Vieira’s switch from Manchester to New York last November was geared towards grooming him for a future back at the Etihad helm. Subsequently, the lines between footballing and business interests are more blurred than ever.

As for Mooy, the switch to Manchester can be a great stepping stone on the pathway to whatever his next move may be. The Australian will feel that he still has unfinished business in England after the disappointment of his early career at Bolton Wanderers, whom he quit in 2010 after failing to earn a single first team appearance, and this could be his chance to finally prove himself on British shores. There is no doubt that he returns as a far better player than the one that left, and could be a fantastic loan signing for a number of Championship clubs – although his next destination is anybody’s guess given that a Dutch passport will allow him to seek a temporary home on the continent without any fuss.

One thing Mooy won’t be able to do, however, is announce himself as a Manchester City player with any real conviction. Deep down, he’ll know that even a Capital One Cup appearance is a long shot while the prospect of completing the full three-year contract seems doubtful before the ink on it has even dried.

The Australian will officially be classed as Guardiola’s second signing, but the 45-year-old won’t be spending much time with his new arrival. Instead, he’ll be turning his attentions to transfer targets that can actively boost City’s chances of regaining their place at the top of England’s football pyramid while continuing their ascent towards the summit of European competition too.

Unfortunately for City fans, the news of a second summer arrival was somewhat of a false alarm. Don’t panic; there will be far more significant arrivals over the coming weeks.

And you can track all of Guardiola’s transfer activities with our transfer predictor.