With a game in hand, Barrow looks for a win after losing twice in a row. But can they stop Tranmere’s quest for promotion playoffs? We have more details in this preview and analysis.

We give every fixture a bias-free approach. Our top three free predictions for League Two match between Tranmere and Barrow are as follows:

Note: Match odds were correct at the time of making our predictions for Tranmere. We recommend Ladbrokes for this fixture. Remember to check other League Two predictions for upcoming fixtures.

A Win for the Hosts looks good on the Books

Tranmere are fifth in the league and plays third last Barrow is a fixture that is likely to be tense from the onset. These two teams shared the spoils in a 1-1 outcome in the reverse fixture. Back then, there was little to hope for. And while Barrow looks safe in the league, especially if they can secure at least a point in their three remaining fixtures, Tranmere is in a tight fight for promotion playoffs. Therefore, backing the hosts to go out bare-knuckle to secure a win is both very likely and rewarding to punters.

With barrow only needing a point to stay up, we feel this will be a low scoring affair. The last two fixtures between these teams ended in a draw of 1-1. And despite their struggles at the bottom table, Barrow has not conceded more than two goals in their last ten games. They visit Tranmere after two back to back losses of 2-0 in both fixtures. The hosts have had two barren draws in their last five games, one victory of 1-0 and a 1-0 loss.

Goals on One End

A review of previous games for both teams shows that Tranmere is hard to break down. The hosts seem to do well defensively than Barrow, which gives them an edge in this fixture. And because our first prediction is Tranmere to bag three points, we are adding a clean sheet to their victory.

Tranmere vs Barrow: the Best Odds and Teams Stats

For a summarized view of this fixture and the best odds sampled across leading bookies in the UK, please check the tables below.

Fixture Preview: Tranmere to Decide their Fate in their Promotions Playoff

A win for Tranmere on Saturday is all they need to improve their chances of securing a promotion playoff spot. It does not look easy though. They are three points behind fourth-placed Morecambe and three points ahead of sixth-placed Forest Green. The hosts have six draws, two losses and two victories in their last games. They haven't recorded a victory at home in April and hope to do so in this fixture before their next game on 1st May. Barrow has the third-worst away form. The visitors have no away victory in April and travel to Tranmere after two consecutive losses. 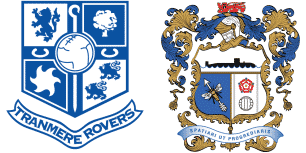 Where will Tranmere host Barrow?

Which team has more goals than the other this season?

Does Barrow have a good away record this season?

Barrow has lost 13 on the road, won 5 and drawn 2 in 20 away matches. They have the third-worst away record in the league.