It was a chastening defeat; one which instantly dampened early-season optimism. The scoreline didn't reflect the game. Yet that didn't matter. The result was all-important: a heavy loss to a top-four Premier League rival.

“We need to learn and improve – today was a very tough game for us. I think the first 45 minutes we competed very well, had some good chances. But the key moment came in the second half…”

There were a few dissenting voices. Nothing too loud, but there nonetheless. When a draw followed two weeks later questions were soon asked of the newly appointed head coach.

“I am very disappointed. When you create a lot of chances it is difficult to accept. We need to improve. We need to be more aggressive and more focused.”

It is 2014. The coach is Mauricio Pochettino. The team is Tottenham Hotspur.

Fast forward five years and jump from north to west London, new Chelsea head coach Frank Lampard has echoed much of what Pochettino spoke about after his early matches in charge.

There have been good halves, spells of games in which the Blues have been exhilarating. What they haven't been is clinical. Or, more importantly, victorious.

Lampard is learning on the job at Chelsea. He is inexperienced at the top level and will need time to finesse his side. Yet that is true for all coaches.

Pochettino's opening months as Spurs boss were not easy. His side won their first two Premier League games of the 2014/15 season but then lost 3-0 to Liverpool at White Hart Lane. It was that chastening defeat.

Spurs would win one of their next six top-flight fixtures and were 12th in the table in mid-November. 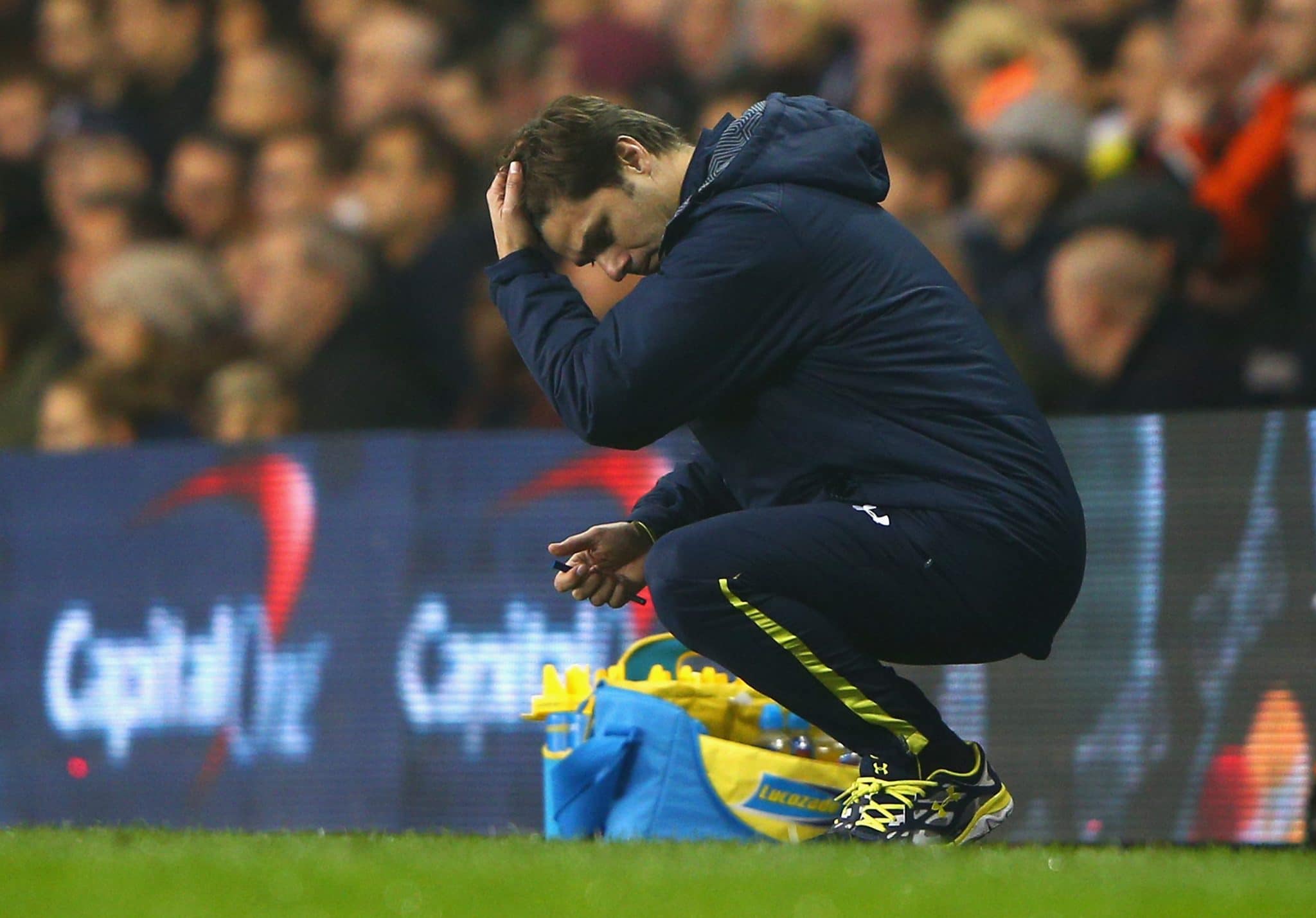 Pochettino pleaded patience. He knew it would take time to identify the players, such as Harry Kane,  required to make his tactical plan a success. And even longer to ensure they were fully up to speed with his demands.

Pochettino was given the time he needed. And over the past five seasons has transformed Tottenham. Once a top-six hopeful, Spurs are now a potential title challenger.

Such an upward curve is impossible for Lampard at Chelsea. The Blues have been part of the Premier League elite since 2003, a side that wins titles and trophies on a yearly basis.

The former Blues midfielder knows this better than most, of course. He was part of those great Chelsea sides, captain the night the club clinched the Champions League in 2012.

Lampard's remit at Stamford Bridge isn't to transform the club's ambitions. It is to ensure they do not change in the most testing period since Roman Abramovich bought the club more than 15 years ago.

Chelsea were unable to sign players this summer. Nor will they be able to in January. Lampard must work with what the Blues already had, a challenge many coaches would relish given the number of international stars on the club's books.

The first week of competitive action has been testing.

The 4-0 defeat to Manchester United was hardly ideal. A penalty shoot-out defeat in the UEFA Super Cup to Liverpool followed. And then came a 1-1 draw at home to Leicester City.

“We have to have more personality: if a game turns against us slightly, are we good enough to wrestle that back and move the ball better?” Lampard questioned after Sunday's game against the Foxes. “That’s something for all of us to work on.”

Much like Pochettino at Spurs – who incorporated Kane, Dele Alli, Danny Rose and Kyle Walker into his side over the course of 18 months – Lampard has infused his team with youthful energy.

Mason Mount, Christian Pulisic and Tammy Abraham have all featured in the opening three games. Fikayo Tomori played against Liverpool. Reece James and Callum Hudson-Odoi will be involved in the first team when back from injury.

These six players, much like their head coach, will need time to adapt to the rigours of the Premier League grind. Week in, week out they must perform. Fail to do so will inevitably result in defeat.

But with experience comes know-how and confidence. Couple that with the young players' innate football ability and over the course of the campaign Chelsea will improve.

Lampard knew there would be difficult periods for him this season: “We need to show more than we did,” he said after the Leicester draw. “I was under no illusions that there would be moments like this. We have to work on the things we can improve.’

Learn and improve. Two words used often by Pochettino and Lampard in their early tenures. Tottenham did just that with the Argentine at the helm. There's no reason Chelsea can't do the same. It's simply a matter of patience.