Tottenham could welcome Harry Kane back into their starting lineup for the visit of Watford after the club captain announced that he would be staying at his boyhood team. The visitors have had a mixed start to the season as they followed up their win over Aston Villa with a defeat away at Brighton but Watford face their toughest test so far on Sunday.

Read on for our full match preview and prediction for Tottenham vs Watford in the Premier League.

Tottenham have won and kept a clean sheet in three of their last four outings. Watford failed to score in their last away game against Brighton and will surely struggle to break down a Spurs defence that stopped Man City from scoring on the opening weekend of the campaign.

Under 2.5 goals were produced in two of the last three encounters between Tottenham and Watford and we're expecting another low-scoring 90-minutes on Sunday. Each of Tottenham's last four fixtures have witnessed fewer than three goals being scored, which is partly down to their new manager's counter-attacking style of play.

Harry Kane announced this week that he would not be leaving Tottenham this summer and after featuring from the bench in Spurs' last league game, we expect the England and Tottenham captain to be in the starting eleven this weekend.

All you need to know ahead of Tottenham vs Watford

Will Kane return to the starting lineup this weekend?

Tottenham took the lead away at Wolves in the 10th-minute via an Alli penalty and that proved to be the only goal of the game and earned the Spurs manager all 3pts on his return to Molineux. Tottenham have won both of their opening games 1-0 and what they appear to lack in goals they make up for in clean sheets.

Watford were brought back down to earth with a bang following their 3-2 win over Aston Villa on the opening weekend. First-half goals from Duffy and Maupay earned Brighton a comfortable 2-0 victory at the AmEx.

Tottenham: Joe Roden won't feature against Watford this weekend due to injury and neither will Carter-Vickers or Ndombele. Heung-Min Son has a thigh injury and might not be risked in the starting lineup due to Kane's return.

Watford: Joao Pedro has been ruled out of the trip to Tottenham and there remain doubts over the fitness of Chalobah and Kucka.

Tottenham vs Watford – Your Questions 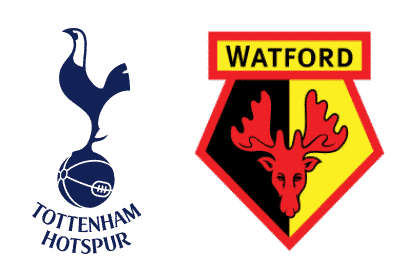