Norwich could avoid finishing bottom of the Premier League table if they beat Spurs on Sunday 22nd May and Watford fail to win their game but all the odds favour a Tottenham victory that would secure Champions League football for the visitors.

Son top scores in the league this season for Tottenham with 21-goals and if he scores at least one goal on Sunday he will go level with Salah in the scoring charts and 2-goals would surely seal the Golden Boot award. The 29-year-old South Korean star has netted 8-goals in his last eight league games and we're convinced he will find the back of the net against Norwich on Sunday.

Spurs have won four of their last six head-to-heads with Norwich, keeping three clean sheets in the process, and we're backing another comfortable win for the visitors this weekend. Norwich have lost five of their last six league games and have failed to score in four of those defeats, so it's no wonder they are already relegated and looking likely to finish in last place this season. Tottenham have won three of their last four league games and have kept three clean sheets in their last five outings.

A win for Tottenham will secure Champions League football

Norwich made the trip to Wolves for their final away game of the campaign where a goal from Pukki in the 37th-minute gave the Canaries a half-time lead. However, the visitors failed to keep a clean sheet as they have done so often this season as Ait Nouri made it 1-1 10-minutes into the second half and the game ended in a draw.

Tottenham were given a real test by a resolute Burnley side last time out but in the end, a penalty deep into first-half stoppage-time from Harry Kane proved enough to secure all 3pts. Burnley defended manfully and hit the post from range but Tottenham secured the win they needed to move into pole position in the race for Champions League football.

Norwich: Idah, Omobamidele, Zimmermann, McLean, Sargent, Normann and Kabak could all miss the last game of the season due to injury.

Your Questions for Norwich vs Tottenham 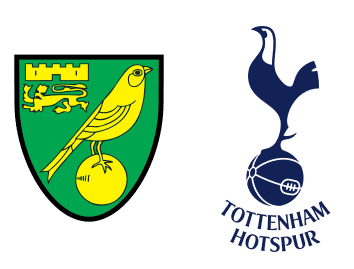