After drawing with Rennes in their opening game of Group G, Tottenham go in search of all 3pts at home to Slovenian side Mura. Mura lost at home to Vitesse in the opening round of fixtures and may well go through the entire group stage without picking up a single point due to the quality of their opposition in this competition.

Here are our predictions for Tottenham vs Mura

We're expecting Tottenham to dominate this match from start to finish and to use this game as a chance to not only get back to winning ways but also to get their key players back amongst the goals in a bid to restore some much-needed confidence. Harry Kane is yet to get off the mark in the Premier League this season but England's captain has scored twice in qualifying for the Conference League and really needs to start producing for the hosts after a poor start to the campaign. Spurs have a far superior squad to Mura and we expect that gulf to be highlighted on Thursday night.

To follow on from our first bet, we're also predicting that the home side will score at least three times against Mura and in truth, Tottenham could win this game 4-0 or 5-0. Mura conceded two goals in their own backyard against Vitesse and Tottenham are a much better side than the Dutch outfit, so it only seems natural to assume that Nuno's men will score at least three goals on Thursday. Kane, Son, Moura, Alli and Lo Celso all offer a goal threat for the home side and if the team put in the kind of performance that saw them win their opening three league games this season, then Spurs will romp home to victory.

Spurs will be aiming to take control of this game from the very first minute and need to put in a good performance for their own confidence as much as that of their adoring fans. Five games without a win inside the opening 90-minutes has knocked the home side's confidence and they need a big win on Thursday to get their season back on track. We're betting that there will be at least two goals scored in the first half and it is likely that Tottenham will score them all.

Key stats and markets for Tottenham vs Mura

Tottenham expected to cruise to 3pts in Group G

Tottenham earned a point in their first group game against Rennes but the home side shave been going through a tricky patch of form which culminated in a 3-1 loss in the North London derby at the weekend. Spurs need to produce a performance and a result that can get their season back on track and Mura might well be the perfect opposition.

Slovenian side Mura sit 5th in their domestic league after 11 games and boast a goal difference of -2. Vitesse claimed a 2-0 win at Mura in the first round of group games and they are supposed to be Mura's easiest opponents in Group G, so Tottenham will be very confident heading into Thursday's clash.

Tottenham: Ryan Sessegnon and Steven Bergwijn are the main injury concerns for the hosts ahead of their Conference League clash with Mura.

Mura: the visitors are likely to make one or two changes to the side that lost 2-0 at home to Vitesse in the opening round of group games, with Simundza set to play a much more defensive-minded system. 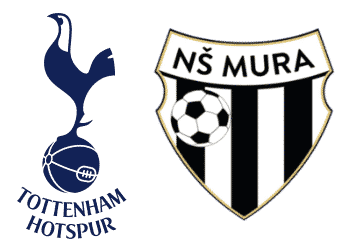