Conte secured a point in his return to the Premier League last time out against Everton but will be desperate to claim his first league win as the new Tottenham boss at home to Leeds on Sunday. The visitors have made a slow start to the season and are still without a number of key first-team players through injury, so this is going to be another tough 90-minutes on the road for the Yorkshiremen.

Here are our predictions for Tottenham vs Leeds.

Spurs have picked up three wins from their last six encounters with Leeds United, running out 3-0 victories in this very fixture last season. Tottenham have picked up two wins and a draw from their last four matches and look much-more compact and organised under Conte. Leeds have lost two, drawn two and won one of their last five matches in all competitions and sit just 3pts above the relegation places as things stand.

Given the way Conte likes to play and his team's performance at Goodison Park before the international break, we're backing under 2.5 goals to be scored this weekend. Fewer than three goals have been scored in four of Tottenham's and five of Leeds' last six outings in all competitions. Spurs played out a goalless draw with Everton and looked very tough to break down, while Leeds haven't been scoring as many goals this season due to the injury to Bamford.

Harry Kane may only have one Premier League goal to his name so far this season but his performances last week for England suggest that he is back to his best and will soon be scoring plenty of goals for his beloved club. We're backing the England and Tottenham captain to score against Leeds on Sunday, whether that be from open play or a penalty.

We briefly mentioned Tottenham's trip to Everton above, it wasn't a game that will last long in the memory. Everton tried to take the game to their guests and Conte had setup his side to be hard to break down. The best chance came to Everton in the second half when Richarlison appeared to have been brought down by Lloris in the penalty area. The ref gave the spot-kick but VAR suggested he should take another look at the incident. Although Lloris did make some contact on the ball, Spurs were lucky to see the decision overturned. Conte needs to add more attacking impetus to his side and that will likely come when Kane hits form.

Leeds played host to Leicester last time out and managed to secure a decent point from the game. Raphinha, who has been Leeds' best player this season, opened the scoring in the 26th-minute but the Foxes equalised just 2-minutes later. The game stayed at 1-1 despite both teams having chances to win the game and in the end, a draw was the fair result.

Tottenham: Oliver Skipp is suspended, while Bryan Gil and Ryan Sessegnon have been ruled out through injury. Pierre-Emile Hojbjerg and Cristian Romero could face late fitness tests.

Your Questions – Tottenham vs Leeds 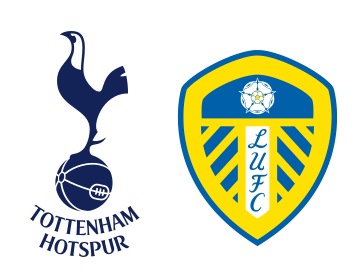