Tottenham will be looking to put in a big performance for their fans after their 3-1 defeat in the North London derby last weekend. Aston Villa provide the opposition in the Premier League on Sunday and the visitors arrive full of confidence following a long-awaited win at Old Trafford last time out.

Tottenham vs Aston Villa: Our Selections and Odds

Here are our predictions for Tottenham vs Aston Villa

There is a good chance that we will be treated to goals at both ends of the pitch this weekend as that has been the case in three of the last four league meetings between Tottenham and Aston Villa. Both teams have scored in three of Tottenham's last four matches in all competitions and clean sheet shave been hard to come by for the London club lately. Aston Villa have only failed to score in one of their last six outings, so you can see why we're predicting goals at both ends of the pitch.

Over 2.5 goals have been scored in three of the last four encounters between these two clubs and we're expecting there to be plenty of goalmouth action this weekend as well. Each of Tottenham's last five matches in all competitions have produced over 2.5 goals while three of Aston Villa's last six outings have also featured at least three goals, so it can come as no surprise that we're predicting goals in this game.

Son has been one of Tottenham's better players this season with the South Korean star netting three times in the Premier League so far. We're backing Son to get on the scoreboard once again this weekend but don't expect Tottenham to have things all their own way on Sunday.

Everything you need to know about Tottenham vs Aston Villa

Tottenham's first half against Arsenal last weekend was one of their worst performance in a long time. Spurs found themselves 3-0 down at halftime at the Emirates but did at least restore some pride through a Son goal in the second half. The Tottenham faithful will be demanding a response from their players on Sunday but if Aston Villa manage to take control of the game, the crowd could turn against Kane and co.

Ironically, Tuanzebe wasn't allowed to face his parent club Man Utd last weekend and Hause, who took his place, ended up scoring the winning goal for Villa with 2-minutes left on the clock. Villa have made a decent start to the new season and will be hoping to challenge for the European places. A result against Tottenham could prove to be a statement of the visitor's intent this weekend and we're certainly not ruling that out.

Tottenham: Ryan Sessegnon and Steven Bergwijn are the main injury concerns for the hosts this weekend.

Aston Villa: the visitors could make the trip to the capital without Bailey, Sanson, Trezeguet or Davis, but Tuanzebe will return to the squad. 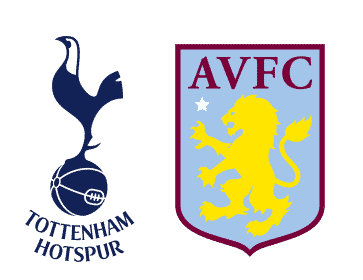