In 2013, £109million was a lot of money. Even more so for Tottenham Hotspur. But by anyone's standards, £11.5million for Christian Eriksen has been a bargain.

The Dane is the only member of the septuple signed from The Gareth Bale Money who Spurs fans will want to remember with any fondness. Érik Lamela has, gradually, carved out a role for himself but it's peripheral next to Eriksen.

Over the last six years, he has been Tottenham's talisman, string-puller-in-chief and the sole link to that bygone era when Spurs were still – whisper it quietly – ‘Spursy'.

But this summer the winds of change whistled through the Tottenham Hotspur Stadium.

Even before the Champions League final defeat to Liverpool, manager Mauricio Pochettino admitted he could walk away if Spurs got their hands on the silverware. They didn't and he didn't either. But the mood music was no longer upbeat. 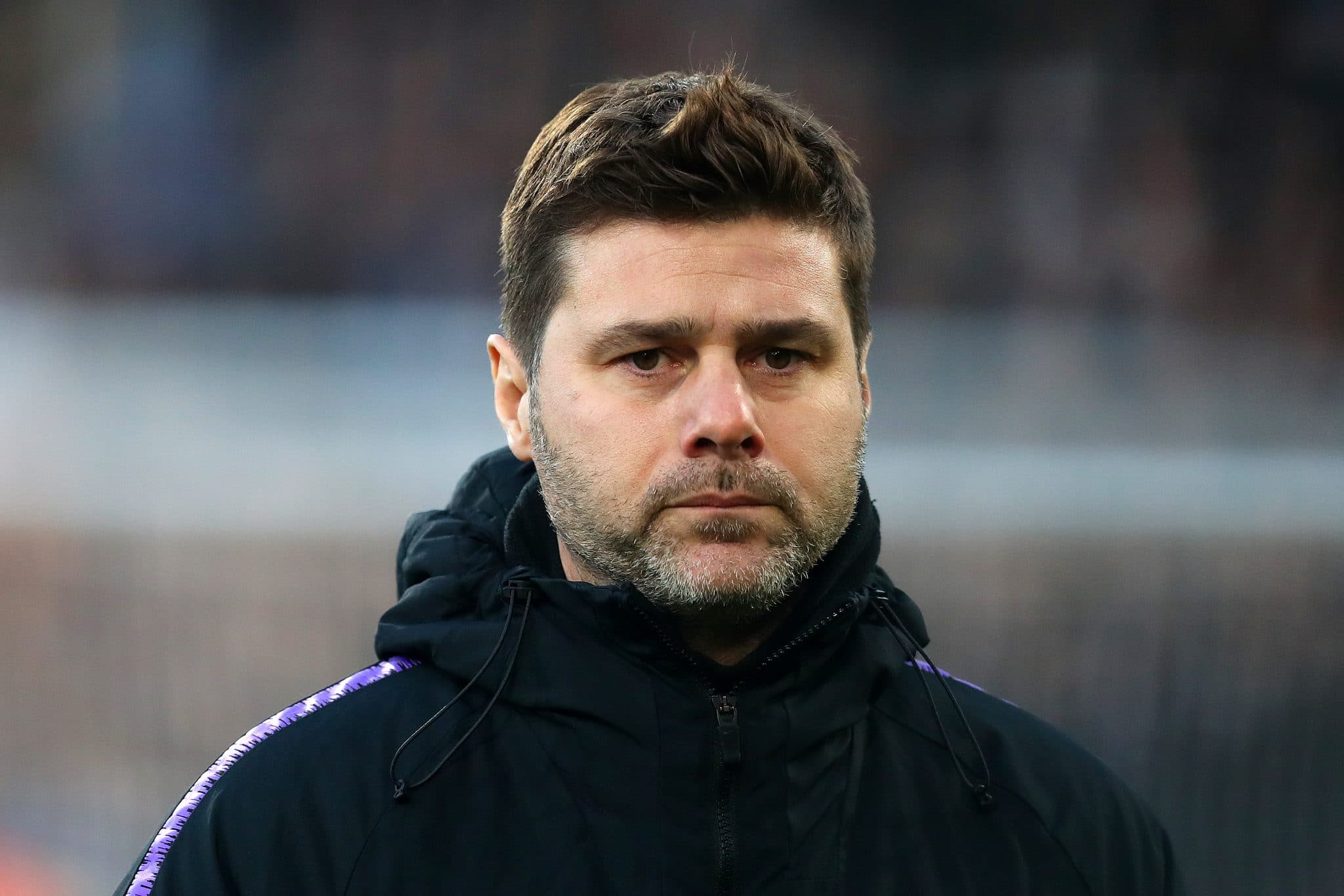 “I hope that something will be decided this summer. That is the plan. In football, you never know when there could be a decision like that. It could be at any point. The best thing is always for it to happen quickly, but in football things take time.”

As ways of admitting you want to leave a club go, it was pretty respectful and left the door open for Eriksen to see out the last year of his contract if a suitable offer was not forthcoming.

In the end, that proved the case. Numerous reports of interest from Real Madrid failed to materialise into a concrete offer while rivals Atlético Madrid signed Spurs team-mate Kieran Trippier instead. 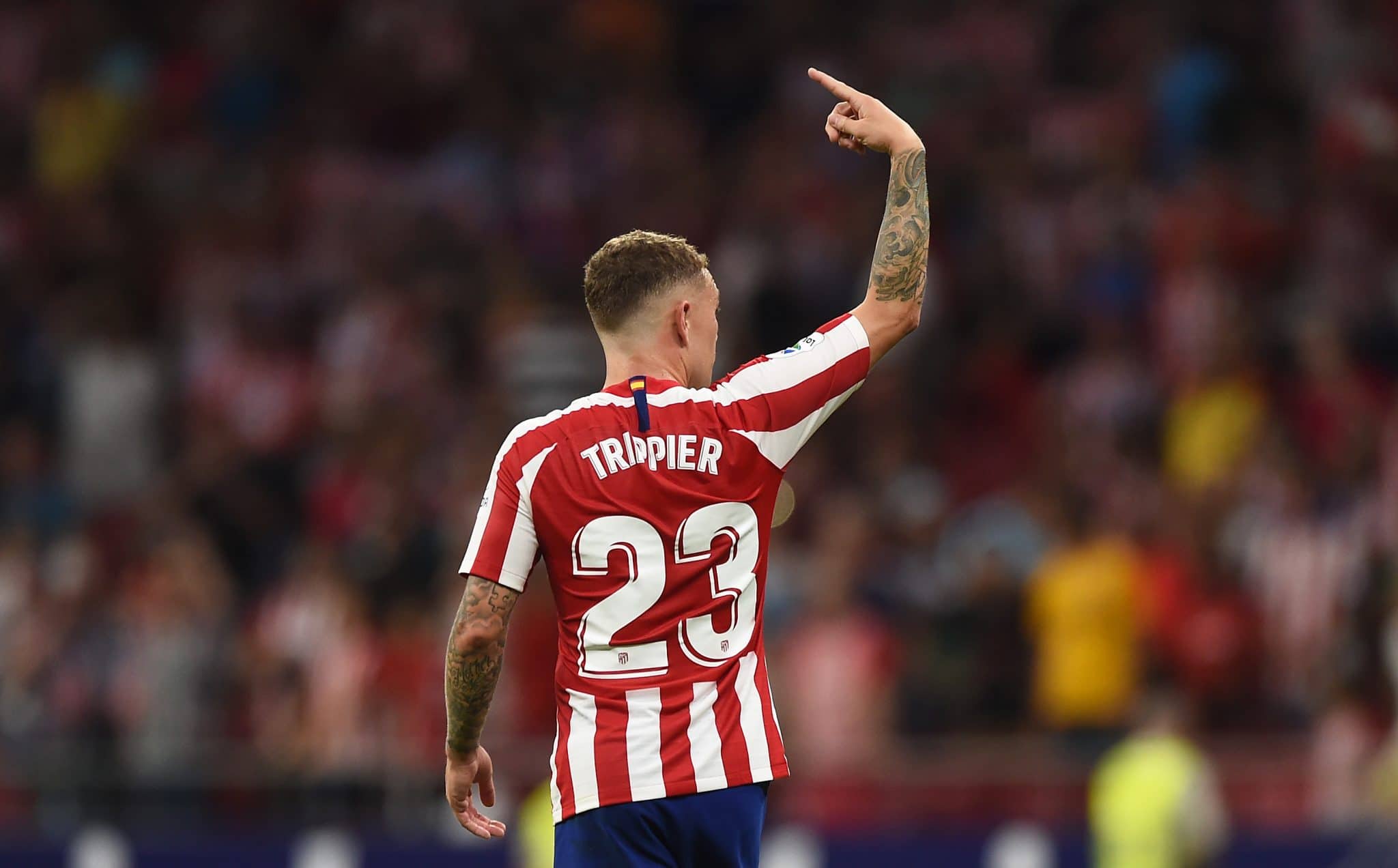 With his contract up next summer, no-one will pay to get him out of the final six months of his deal in January, meaning he'll walk away for nothing unless an agreement can be struck.

Another club might throw a ridiculous amount of money at Eriksen to persuade him to stay, but it's hard to imagine Daniel Levy sanctioning such a deal.

Eriksen walking away might be a blessing in disguise for Spurs who appear to be paying the price for their refusal to budge in the transfer market for a year prior to this summer.

Great teams have to constantly evolve in order to advance, or risk going backwards. That was the real success of Sir Alex Ferguson's Manchester United tenure; never being afraid to hit refresh, even when they were top of the pile.

Tottenham haven't done that, though. The core of this Spurs side, as good as it's been, has stayed largely the same for the last five years. Kyle Walker has moved on, but the rest of the back five, including goalkeeper Hugo Lloris, has remained unchanged.

In midfield, Mousa Dembélé was shipped out when it became apparent he could no longer be relied upon due to fitness concerns. But Eric Dier, Eriksen, Dele Alli and Victor Wanyama are still there. Tanguy Ndombele and – if he is ever fit enough to show why Spurs should pay £55million to sign him permanently – Giovani Lo Celso should help reinvigorate the midfield but it won't be a quick fix.

Up front, plenty of pretenders have come in but none have come even remotely close to challenging Harry Kane‘s position on the throne.

There's more to it than simply resetting the side for the sake of it, though. His masterclass against newly-promoted Aston Villa aside, Eriksen has failed to hit the heights set in previous years.

This term he's attempting and completing fewer dribbles, forward passes, touches and touches in the opposition box than at any point in the last four seasons. 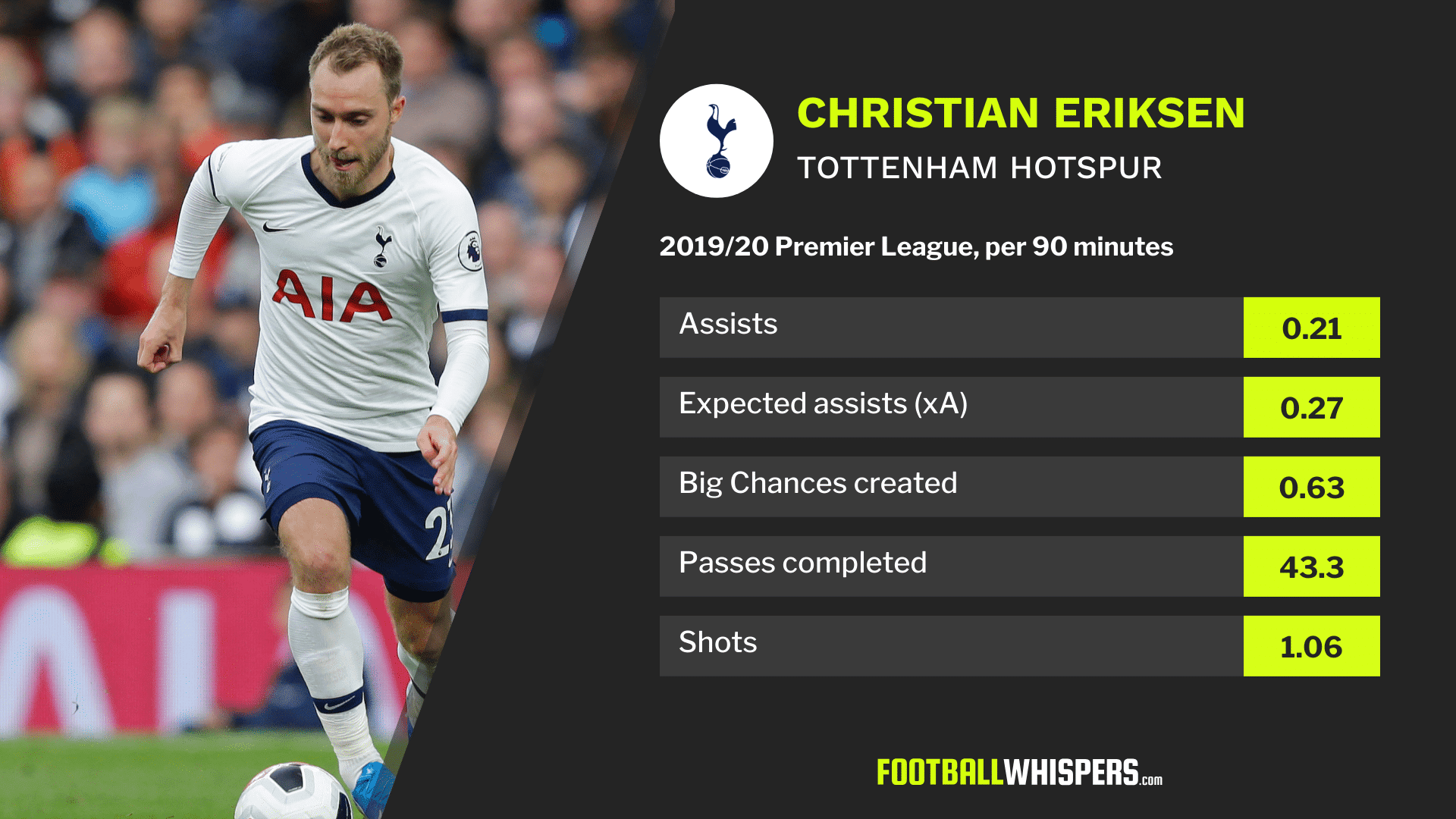 Tottenham's hand has been forced by Eriksen's contract situation and Levy will hate missing out on a potential windfall for one of the club's biggest assets, but allowing the Dane to move on will enable Spurs to do the same, and that's the key to any break-up.