Dele Alli, Son Heung-Min scored decent, good, and fantastic goals to give Tottenham a 3-1 win over Chelsea at Wembley.

With five minutes left, substitute Olivier Giroud headed in a consolation goal, to the annoyance of any fantasy football players with Tottenham players in their side.

Here are 5 things we learned from the match:

When Maurizio Sarri's Chelsea lose the ball, they press high. But if the other team gets through it, there's a clear run through midfield, and the Blues' back-line back off to the penalty area.

Kane's link-up play is underrated, meaning he's not going to waste these counter-attacks through Chelsea's weak underbelly. And, as we saw for Tottenham's second goal, his immensely powerful shots are a big asset when he has space and time to wind his shooting leg back. 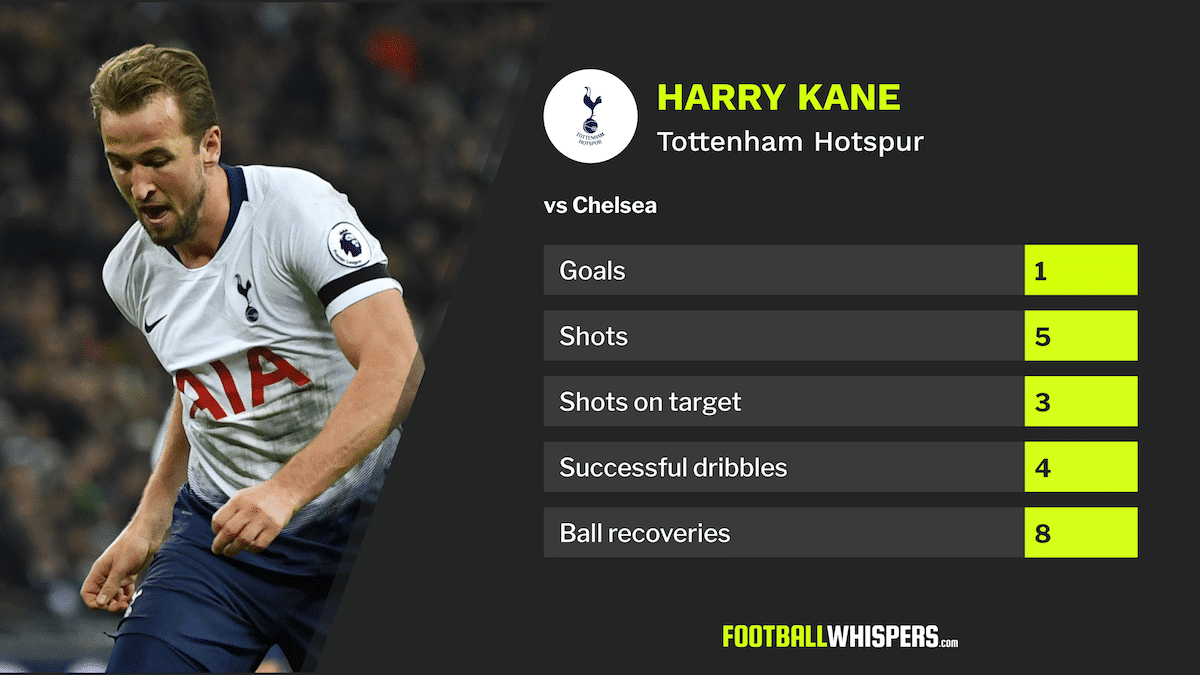 Rio Ferdinand highlighted pre-match on BT Sport how Everton had marked the midfielder out of the game two weeks ago, and Tottenham did it again.

For a player who averages just under 95 accurate passes per game in the league, he was limited to just 43. And only 8 of them were in the final third.

Chelsea might have enough surrounding talent to scare smaller teams away from this approach, but bigger sides in particular will be rubbing their hands with glee at the fact they seem to be able to blunt Sarri's side so easily. 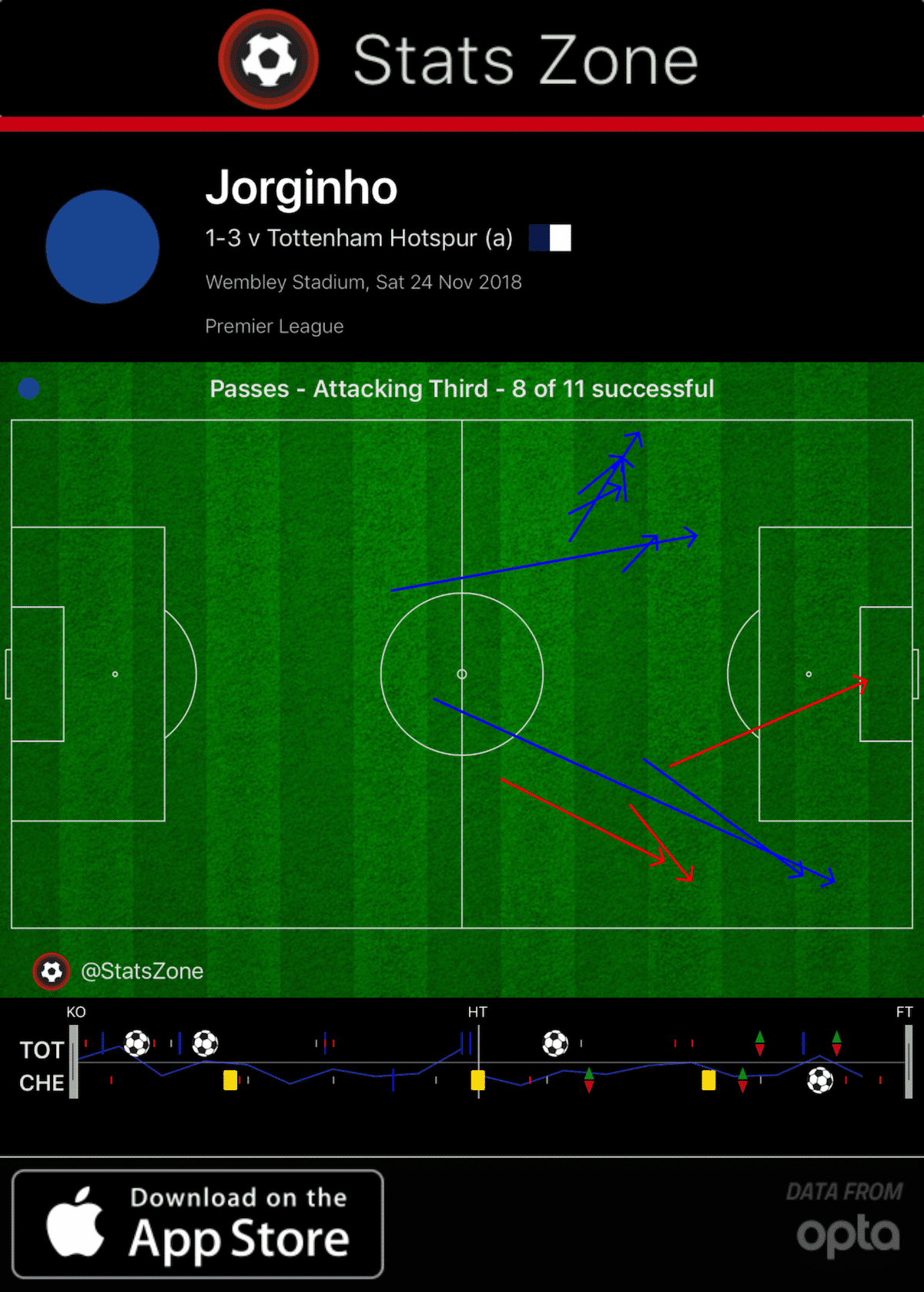 3) In defence of David Luiz on Tottenham's third goal

This isn't a thing we learned but a thing that needs saying. David Luiz made no attempt to tackle Son but it's because, if he had, he'd probably have given away a penalty and picked up a yellow card.

There weren't many good options for Luiz once Son was running – at speed and with full control of the ball – towards him into the box. He could have hung back and waited for Son to come towards the six-yard box, but he'd have been a statue, and Son could have easily jinked past him into the centre of the area.

It's possible that Luiz was rushing to try and get to Son before he even got into the 18-yard-box, where the Brazilian could safely foul him without giving away a penalty, but Son was just too quick.

It looked awful, yes. But once Luiz had made the decision to go towards the South Korean – which had reason to it – pulling out of the challenge was probably the right one.

But swerving out of the way of Kane's goal was unforgivable.

4) Are the Fab Four the secret for Spurs?

This was the first time that Kane, Son, Alli, and Eriksen had started in the league this season.

Hadn't realised this front four hadn't started a PL game together, and ye gods, maybe that's the key to this Tottenham side? Regardless, halves like that have been scarce this season.

The quartet give Spurs such an interesting and fluid dynamic in attack, that it wouldn't be surprising if they were the secret spark for Tottenham.

Kane, as already mentioned, is more of a link-up man than he's given credit for, and Alli and Son can both play as second strikers. Add Christian ‘Maestro' Eriksen into the mix and you have four players who can create or make killer runs for each other.

The Frenchman probably doesn't quite have enough about him to be a lone striker for a team like Chelsea, but his qualities are undeniable. Any team, whether Chelsea, France, or Arsenal while he was there, looks better with him on the pitch than off it.

Like Kane, he has a great talent for linking up with his team-mates and is far more of a presence in the box than Álvaro Morata (or N'Golo Kanté, who occasionally found himself as the only Chelsea player in there with crosses aimed his way).