When Son Heung-min scuffed a 34th-minute effort over the line to give Tottenham Hotspur a 3-2 aggregate lead over Juventus at Wembley, the English side, thoroughly deserving of their advantage at that stage, looked destined for a place in the Champions League quarter-finals.

Enter Juventus. The Italian champions, packed with wily veterans and led by a manager renowned as one of Europe's most astute tactical minds, regrouped and did just enough to turn the tie on its head, striking twice without reply in three second-half minutes.

First, Gonzalo Higuaín stole a pocket of space inside the Spurs penalty area before prodding home, then, three minutes later, Paulo Dybala raced clear and finished emphatically. In the 63rd minute, Tottenham were sitting pretty, by the 67th they had a mountain to climb.

The home side can feel hard done by, having dictated proceedings for much of the game – and, indeed, the majority of the two-legged tie – but, ultimately, Juventus knew what was required and did just enough to break Lilywhite hearts.

Carrying an away goals lead to Wembley after a 2-2 draw in Turin, Tottenham's advantage was slender. But there was genuine optimism that Mauricio Pochettino's men could see this one through.

It wasn't to be, and Juventus showed you underestimate them at your peril. Here are the five things we learned as Spurs slid out of the Champions League at the last-16 stage.

Initially, Juventus' tactics were difficult to discern. It wasn't entirely clear whether the Bianconeri had lined up with a back three by design, or whether Massimiliano Allegri had intended to field a four-man backline with Andrea Barzagli at right-back, only for Brazilian left-back Alex Sandro to attack with the abandon of an out-and-out winger.

Such unpredictability and tactical ambiguity isn't always a bad thing. In the first half, however, the way Juventus were forced to defend one-v-one with the Spurs attackers was causing problems for the visitors. Son, in particular, gave 36-year-old Barzagli a tough time with his pace and two-footedness.

A change was needed, and, on the hour, change came in the shape of Kwadwo Asamoah and Stephan Lichtsteiner, who offered a much more conventional approach in each of the full-back positions.

Instantly, centre-back duo Giorgio Chiellini and Barzagli were better supported on the outside, allowing them to focus on valiantly defending their penalty area. Ahead of them, Miralem Pjanić wrestled control of midfield and Dybala and Higuaín became a real threat in behind.

Having gotten his tactics wrong for three quarters of the tie, with Juve's ultra-deep defensive line encouraging Tottenham's Turin comeback, and Spurs again dominating the first half of the return fixture, Allegri proved he holds the tactical aces when it really matters.

There were concerns when big-spending AC Milan unexpectedly poached Leonardo Bonucci from Juventus last summer, breaking up the ‘BBC' backline upon which much of the Bianconeri‘s recent success had been built.

Bonucci was, rightly, regarded as Juve's best defender and, moreover, their organiser at the back. But in his absence, Chiellini has stepped up to great effect. The 33-year-old Pisa native may not boast his former partner's finesse in possession, but when it comes to putting his body on the line to defend his penalty area, he has few equals. 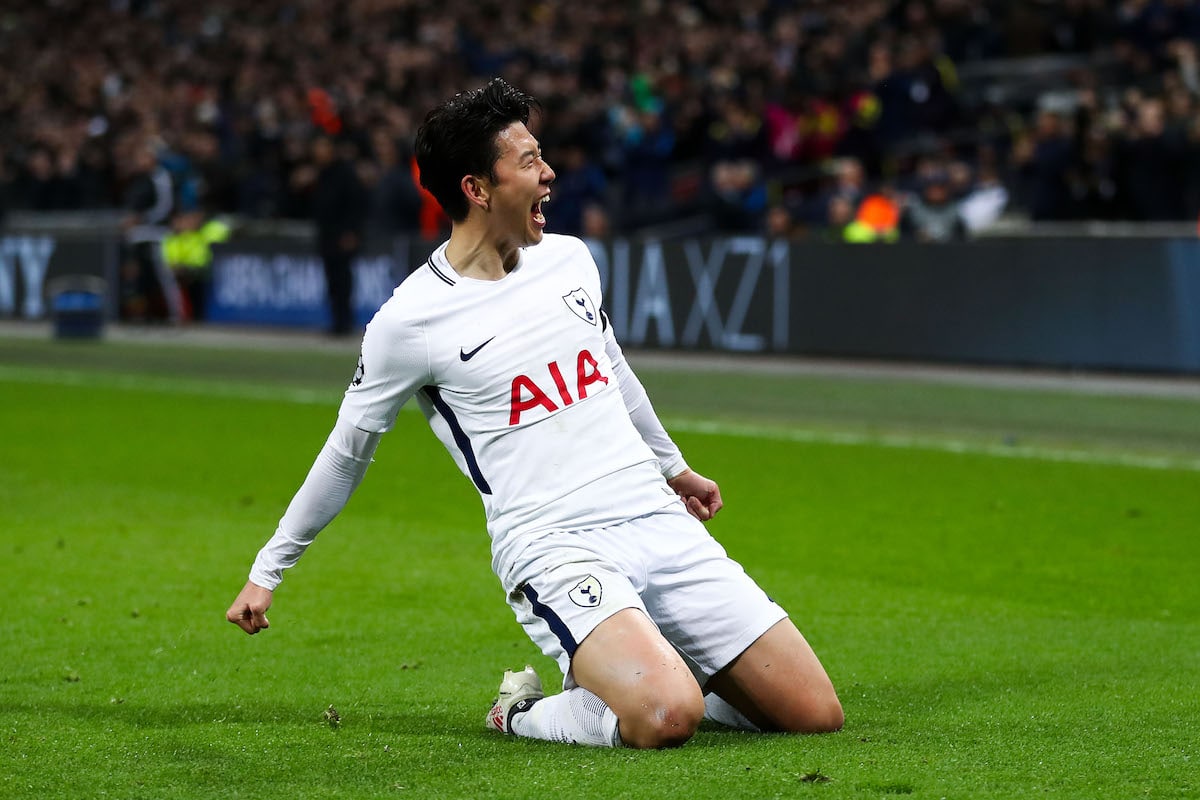 From kick-off, Son was Tottenham‘s most vibrant and threatening player. There was no more deserving scorer when he found the net late in the first half, benefitting with a slice of fortune that his performance had earned as he scuffed the ball beyond Gianluigi Buffon.

Even when Spurs were chasing the game late on, tasked with breaking down a deep-lying defence as stubborn as they come, Son always looked like the Spurs player most likely to provide inspiration.

The South Korean wasn't able to force an equaliser but, with his goal, three shots on target, two key passes, and two successful take-ons, no Tottenham player came away with more credit.

At the highest level of the game, in tight, tense encounters like the one at Wembley on Wednesday night, a striker's role is often not so much about catching the eye through slick link play or fancy dribbles as it is about being ruthless when the time calls.

The time called for Dybala to show his lethal instincts in the 67th minute, played through on goal by compatriot Higuaín, with the accuracy of his finish likely to decide the tie.

Not only did he score, the 24-year-old exhibited chilling calmness as he raced through and picked out the top corner of Hugo Lloris' goal. Up until that point, no player had taken more shots without scoring in this season's Champions League than Dybala (28). You wouldn't have known it.

Spurs Dominant Over Both Legs But Show Flaws

Tottenham enjoyed a 54.1 per cent share of possession at Wembley, and saw 66.5 per cent of the ball at the Allianz Stadium three weeks ago. Spurs out-shot Juventus by 35 to 18 over both legs, hitting the target four times more than their opponents and completing 389 more passes.

Across both legs, Spurs were the better side for all but about 15 minutes of the 180. But Juventus are through.

Pochettino's side will come away from this Champions League campaign with plenty of kudos for the way they navigated a difficult group before pushing last season's runners-up to the wire.

But Spurs, for all their undoubted progress, were left exposed by key flaws that separate the contenders from the pretenders. While Juventus employed every ounce of their top-level experience to strike at the opportune moment, Tottenham briefly lost their concentration and it cost them.

If they hope to progress beyond this stage in future seasons, Tottenham must learn to kill off sides when they have the advantage, control the tempo and eliminate errors. While it will sting in the short term, Spurs and Pochettino will have learned valuable lessons from their exit.