After their 3-2 defeat to Burnley on the opening game of the season, the Blues were meant to be in a crisis and it doesn't come too much harder than a London derby away to Spurs.

But Mauricio Pochettino‘s side's Wembley woes continues, with Alonso grabbing a late winner after a Michy Batshuayi own goal put them back in it.

We've rated the players' performances at Wembley. If you agree or disagree, tweet us at @FB_Whispers.

Could do nothing about Alonso's first goal but he had to save his second. 5

Wasn't too challenged defensively, but will need to do better in attack to prove he can replace Kyle Walker. Caught standing still for the winner. 6

After Morata got in behind him early on, the Spanish striker was quiet. That must be down to Spurs' defence. Booked for a nasty challenge on Victor Moses. 6 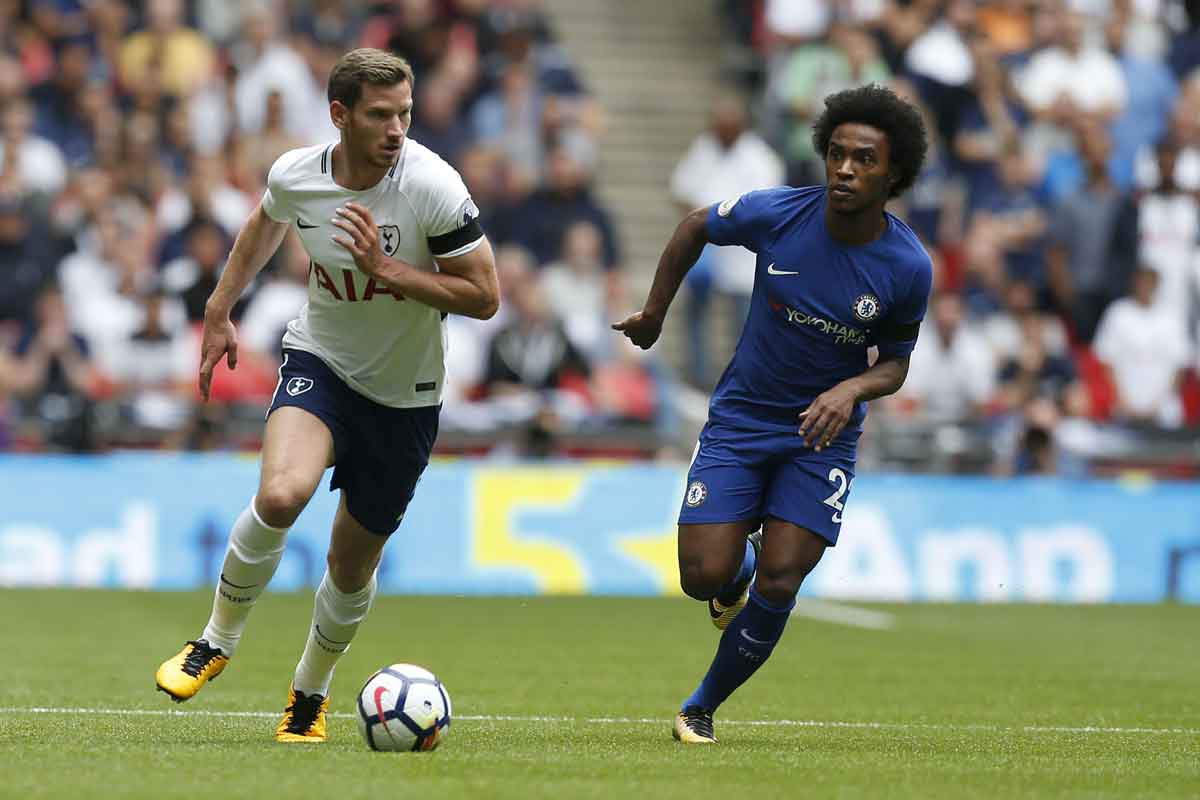 Constantly pushing forward in the second half as Chelsea failed to properly test the Spurs defence. Subbed. 6

Booked for a challenge with his studs up on David Luiz. Wasn't too challenged by Chelsea's defensive outlook as a holding midfielder but didn't create much and his role wasn't needed. Subbed. 5

Looked his usual impressive self in the middle of the pitch, running the game and being involved in most Spurs attacks. Made a vital interception to stop Moses going through on goal. 7

Solid in the middle of the pitch and constantly harrying. Him and Dembélé are thought of as one of the best midfield partnerships in the league and proved it once again. Dispossessed too easily for Alonso's second. 6

Caused Chelsea all sorts of problems. Always a threat and put in some great set pieces. Probably should have been on the winning side. 7

Not his best game but won a lot of free-kicks at the edge of the box, including the one that led to the equaliser. 5 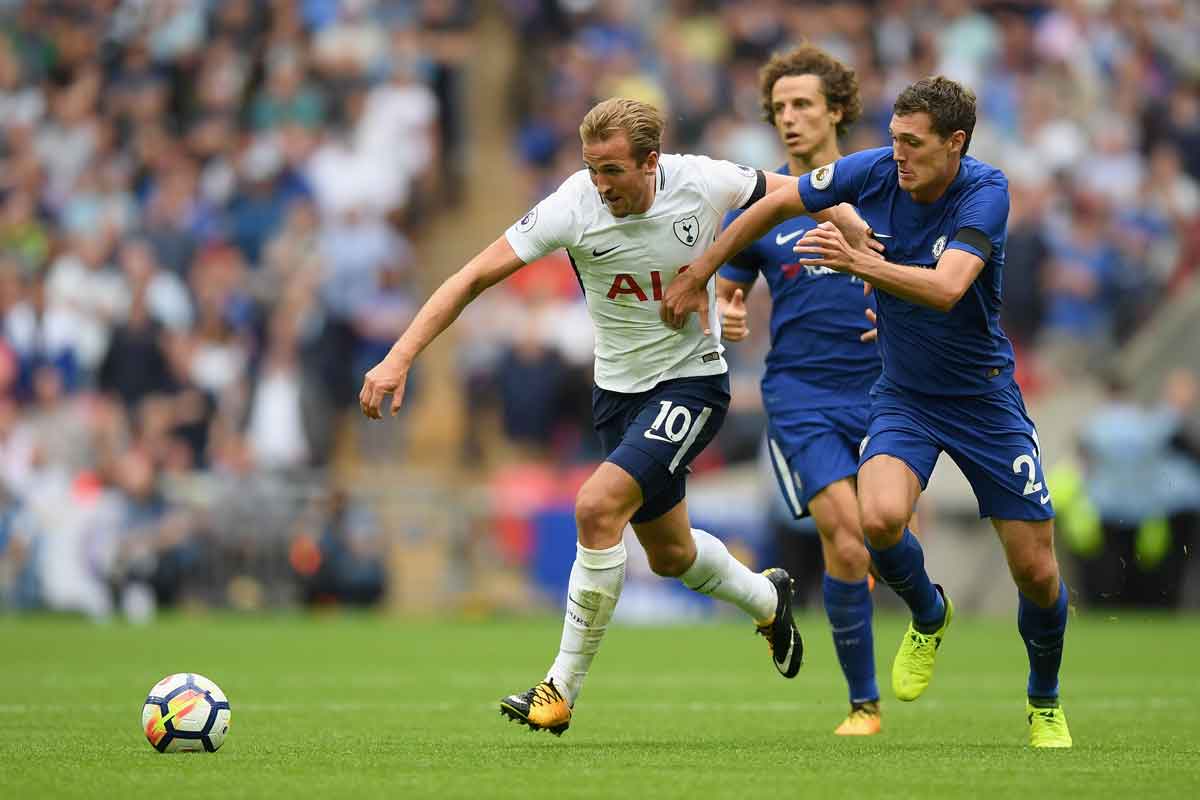 Quiet after coming on. Didn't have the impact Pochettino would have hoped. 5

Came on as Spurs pushed for an equaliser but was hardly involved. 5

Massive save from Kane with just under half an hour gone. Claimed a lot of set pieces. Could do nothing for Batshuayi's own goal. 6

Chelsea's captain in Gary Cahill‘s absence and played like John Terry – captain, leader, legend. He made a great block to deny Eriksen early in the second half. His passing was also impressive. 8

Lucky to get away with a mistake in the opening 15 minutes where he let Alli get in behind. Kane had the better of him in the first half, but then which Premier League defender has it easy against him? Looked really solid in the second half though. 7

Booked after half an hour for a foul on Kane. Looked the weak link in defence to begin with, but grew into the game. 6

Booked for a lazy foul on Eriksen at the edge of the box. Vital in stopping Spurs' play in front of the back three. Making interceptions all game including the one that led to Chelsea's second. 7

The Blues undoubtedly look a much better balanced team with him playing. Didn't stop running down the right and was always involved in Chelsea's rare attacks. 7 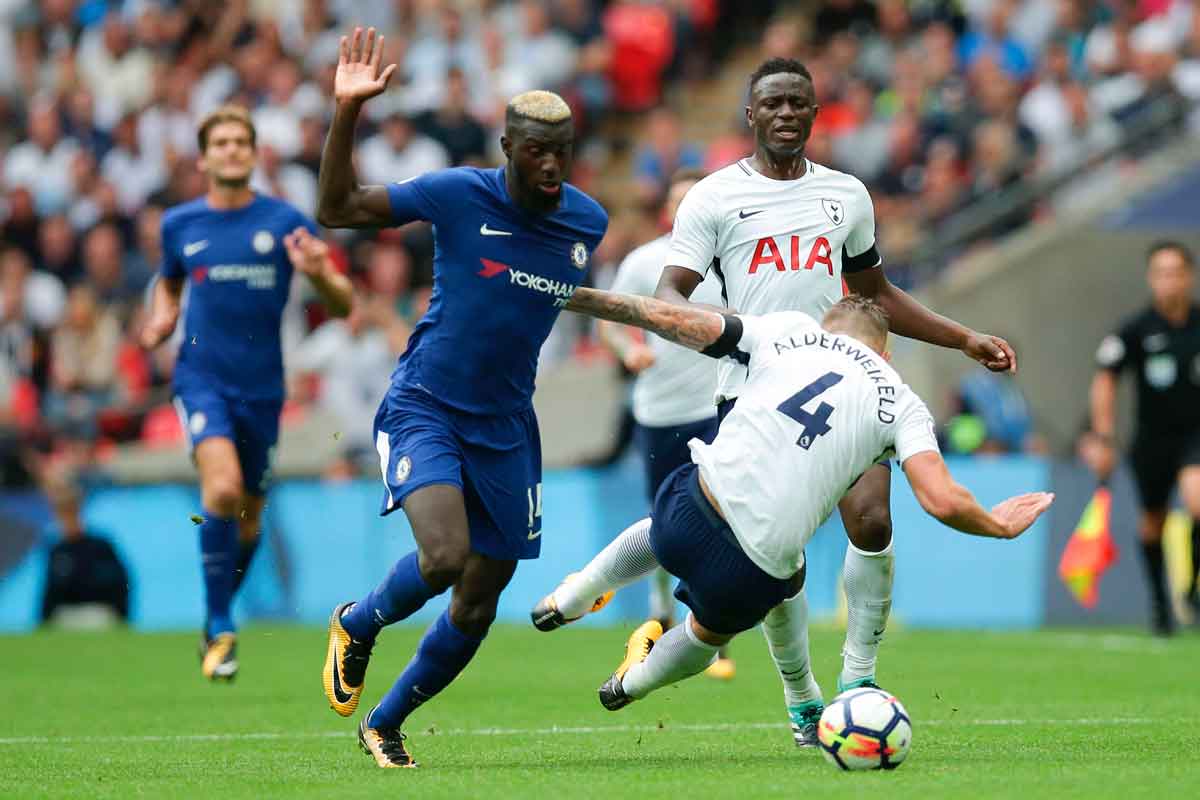 All eyes were on him as he made his first start after arriving for £40million from Monaco. He was imposing and showed why the Blues let Nemanja Matić go. If this is him not fully fit, the Premier League should worry. 8

The best player in England last season showed why he has two Premier League titles to his name as he never stopped running. He may be known for his defensive work but was always pushing forwards. 7

He's been threatening to score a stunning free-kick for a while now and he did just that. Not many teams will want to give away fouls at the edge of the box on the right hand side against Chelsea.  He is very good going forward, maybe Lloris should have saved his second though. If he plays like this, Chelsea won't rue missing out on Alex Sandro. 9 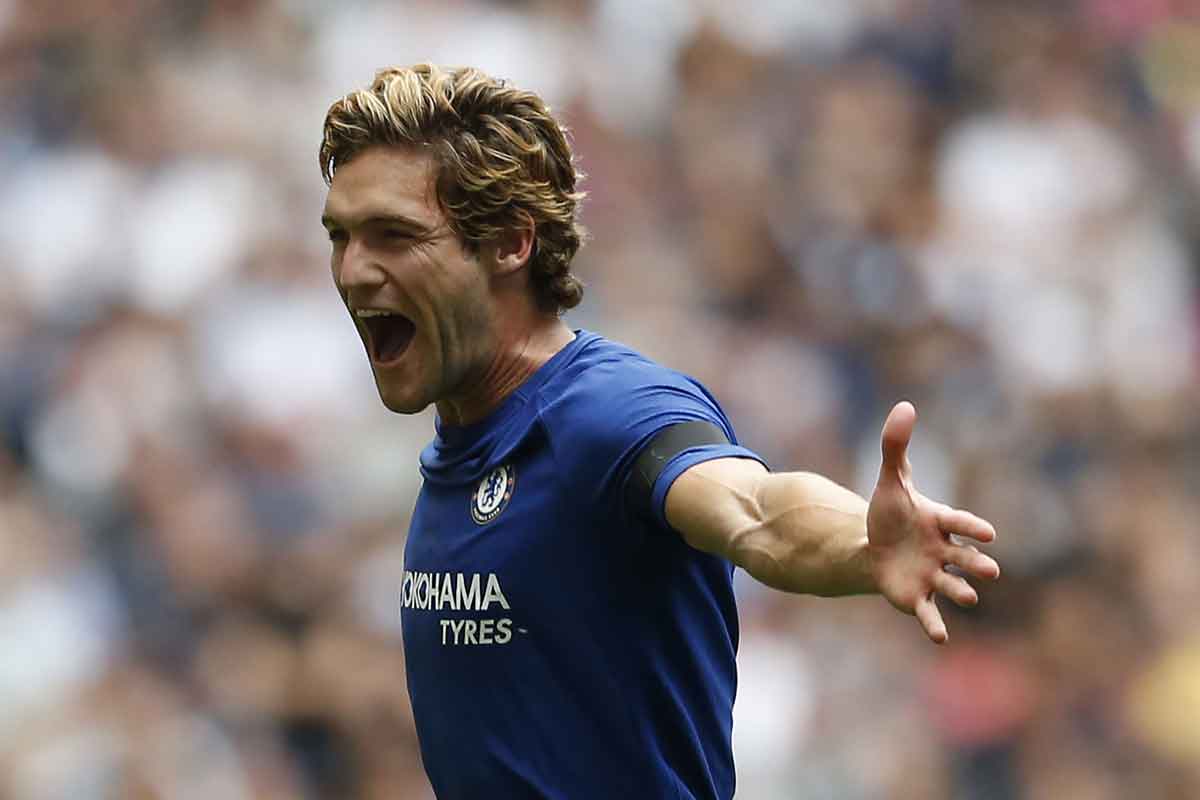 Chelsea's main outlet for the counter, Willian wasn't hugely involved in what was a largely defensive performance. Didn't stop running and will feel he could have guaranteed victory with his shot off the post. Subbed. 7

Missed a massive chance in the opening minutes of the match. Often isolated up front and he won't get a tougher test all year. A proper welcome to the Premier League. Didn't stop and reminiscent of Didier Drogba at times defending set pieces. 7

Ran around a lot after coming on for Willian. 5

As good as Morata was in the air, Batshuayi wasn't as proven for his own goal. But him being in the middle left Alonso free to score his second. 5