Fernando Torres is eyeing a sensational return to the Premier League with the former Liverpool striker looking to see as much first-team action as possible before he reportedly hangs up his boots at the end of the 2018/19 campaign.

The 33-year-old striker has started just two games for Atlético Madrid this season – one in La Liga and one in the Copa Del Rey – and the fact Diego Costa is eligible to play in January will see Torres’ playing time even more limited than it already is.

According to reports in the Daily Mirror, Torres’s representatives have let his desire to leave Atlético on loan in January be known to Newcastle United manager Rafael Benítez and Southampton boss Mauricio Pellegrino, as well as

Torres is familiar with both managers with Benítez being the man to bring him to England while manager of Liverpool, and the pair spent a successful half season with one another at Chelsea, while Pellegrino was part of Benítez's coaching team at Anfield.

The feeling from Torres’ camp is both managers would back him and give him the opportunity in the Premier League that he so desperately wants. However, the forward is only open to leaving the club on a short-term loan because, with 18 months remaining on his contract, he wants to spend the last season of his career with his boyhood club.

Torres isn't the same player who lit up the Premier League during his day at Anfield, he scored 65 goals in 102 Premier League appearances for the Reds, but he still has something to offer having played the role of squad player for Atleti over the past two seasons.

He found the back of the net on 11 occasions and added four assists during the 2015/16 season. For context, he was involved in a goal every 112 minutes and if he maintained that form as a starter for an entire season he could've got close to 30 goals in La Liga.

The 2016/17 season saw him play fewer minutes, 1419 down from 1692, but was involved in a goal every 109 minutes having scored eight goals and assisted a further five.

He was by no means a regular but it was clear he was someone Simeone could rely on whenever he took to the pitch. 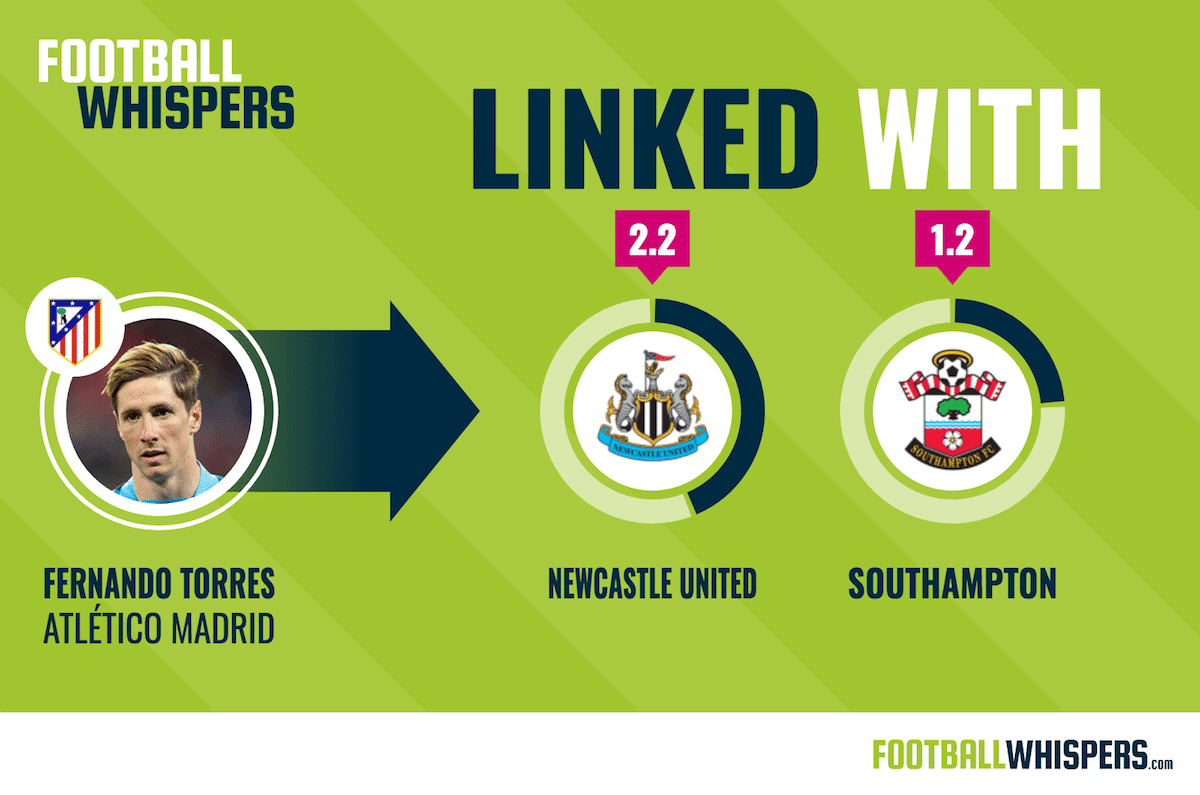 The Evolution of Torres

He's not as electric as he once was but El Niño still has a lot to offer. His explosive pace isn't something he can rely on these days to create a goalscoring opportunity but he's adapted his game to give the best chance of finding the back of the net on a regular basis.

The Torres of old, the one who would lure the opposition into diving in before breezing past them without breaking into a sweat, has been replaced by a much more seasoned professional who looks to use little bursts here and there in and around the penalty area to create openings.

In the world of football, goals are currency and Torres is still king in that sense.

Though he's yet to score this season in a competitive match he did score against Brighton and Hove Albion in pre-season. It was a tidy header inside the six-yard box which he guided past the goalkeeper. It's become a theme to his game, with seven of his last ten strikes coming from inside the six-yard area and the other three arriving from well within the penalty box.

He's no longer curling home efforts from ridiculous angles like he did for Liverpool against Sunderland in 2010 after squaring up a defender in the left channel before cutting inside. He then exquisitely wrapped his foot around the ball to guide it past the outstretched ‘keeper.

Nor is he firing home driven shots from 25 yards out like he did for the Merseyside club away to Middlesbrough. It clipped the post on the way in to put Benítez's side ahead.

Instead he's just getting himself into dangerous areas and finishing off attacks if the ball reaches him. People know what he's going to do but aren't able to prevent it.

The Magpies have just one win in six matches and their good early season form has tailed off. In the Premier League they've scored ten in 11 matches and centre-back Jamaal Lascelles is the club's joint-top goal scorer with two goals alongside summer signing Joselu.

Like Newcastle, Southampton have just one win in six. The Saints have scored nine goals in their 11 Premier League matches, with three of those arriving in a 3-2 win over West Ham United in August. Manolo Gabbiadini, as you'd expect, is the club's leading scorer with three for the season.

They aren't the only two teams in the league struggling to score, though.

Huddersfield Town, Bournemouth, West Bromwich Albion, Swansea City and Crystal Palace are all yet to reach double figures in the Premier League and could do with bolstering their attacking options. A move for Torres won't help in the long-term but football is a short-term business these days.

If you're in the bottom half of the table going into 2018 then ensuring Premier League survival this time around is the aim and the best way to do that is to add goals to your ranks.