Bromley embarks on a 4-game away series and the grit of the team will be vital to the eventual success or failure to remain in the Top 7. Torquay sits comfortably atop of the National League table, but Sutton has a game at hand and is 4 points behind. All of this promises a lot of action and we see plenty of betting options. See our betting tips below.

The list below contains our top betting predictions of the match. Don’t forget to see our short write-ups too.

Odds are subject to change at all times. The odds you see in the article are true at the time of publishing so make sure you check your slip prior to placing a wager. Our recommended bookmaker for that match is Ladbrokes.

Bromley has played well lately. Too well actually. They have won 4 out of their last 5 games and this is pretty unnatural for the club this season. They haven’t seen such a streak all year long and it really doesn’t look like they can keep it up. Furthermore, they are now visiting the top dog in the National League. Torquay is also coming off 4 victories in their last 5 but overall the team has 10 wins in their last 12 matches. We also see Sutton breathing in The Gulls’ neck so the 1st seed is anybody’s at this point.

In 3 of their last 4 wins Torquay have scored in both halves. What’s more, in all 4 matches, the team has netted the ball at least 2 times. We think this will happen again, but we are sweeting the wager a little bit by saying that Torquay will score in both halves and ultimately win both.

Staying true to the recent form, we expect the Gulls to open aggressively. In their last 6 victories, they have been the team to score first. Also, in the last 3 losses that Bromley had, they never held the lead at any point of the game. The price here gives us excellent value.

How have both teams performed against one another in recent head-to-head battles?

See some recent results, current odds, and even more stats below.

Everyone plays for something in this match

We love matches like this one because both sides have skin in the game. Torquay is the current leader in the National League but there are enough game weeks left for this to change. The 7th spot is currently Bromley’s to lose as they are just a point ahead of Notts County. The 7th seed is the last seed that earns a playoff spot, so the stakes are high.

Bromley has played excellent football in their last 5 games losing only one. The problem is, the loss came against Chesterfield – a team also in playoff contention. Torquay cannot underestimate it’s opponent so we expect them to come out firing right out of the gate. 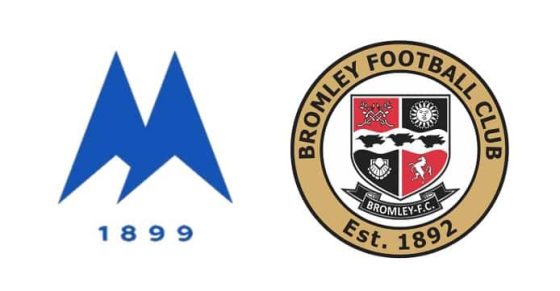 FAQ about Torquay vs Bromley