Predictions for Torino vs Venezia

Torino head into this Serie A clash as the favorites to secure all 3pts but Venezia have slipped into the relegation and will be desperate to get out of there as soon as they possibly can, so we're expecting a close and competitive 90-minutes between the pair this weekend.

This game has the potential to be very low-scoring and could even end goalless, and we're backing under 2.5 goals to be scored with the 90-minutes. Four of the last six meetings between these two clubs have ended with fewer than three goals being scored, though, the majority of those games were played between 2002-2005. Three of Torino's and three of Venezia's last five outings in league and cup have witnessed under 2.5 goals, so you can see just why we're predicting a lack of goals on Saturday.

We're not convinced that both teams will score in Saturday's match and could even see the game ending in a 0-0 draw which is why we're going with a BTTS – No bet for our second tip. Both teams have scored in just two of both clubs' last five outings and during that period Torino have failed to score on two occasions, while Venezia have fired blanks three times.

Venezia could climb out of the drop zone with a win

Last time out, Torino travelled to Udinese and ended up losing the game deep into stoppage-time. The game appeared to be heading for a goalless draw until Molina popped up with a goal in the 93rd-minute. To add insult to injury, Torino had Mandragora sent-off just before the goal went in and in the 97th-minute Udinese converted a penalty to make it 2-0.

Venezia were at home to Napoli in their last league game and managed to hold their high-flying visitors heading into the break. However, Napoli did find the back of the net through Nigerian striker Osimhen in the 59th-minute and following Ebuehi's sending-off in stoppage-time, the visitors added a second goal through Petagna.

Torino: Mandragora is suspended, while Zaza, FAres and Belotti could miss out through injury this weekend.

Venezia: Ebuehi is suspended for the visitors and teammate Vacca could miss the game due to a hamstring injury. 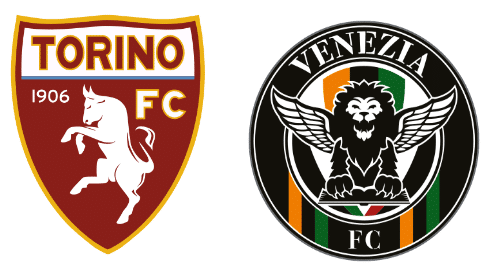