Just goal difference separates Torino and Udinese in Serie A as things stand and the pair go head-to-head on Monday night. The away sides got the better when these two sides met last season but Torino head into Monday's clash as the bookmaker's favourite to secure all 3pts.

Here are our predictions for Torino vs Udinese.

Torino have won three of their last five league meetings with Udinese and we're backing the home side to end Monday night victorious once again. The hosts have won their last two home games, keeping a clean sheet in their last game at the Stadio Olimpico Grande Torino as they defeated Sampdoria. Udinese are without a win in their last four away games but have been picking up points in their own backyard on a regular basis.

Fewer than three goals have been scored in five of the last six Serie A encounters between Torino and Udinese, and we're expecting another tight and tense 90-minutes in Turin on Monday. Four of Torino's last six matches have produced under 2.5 goals and the same can be said for four of Udinese last six competitive and non-competitive fixtures.

Belotti hasn't hit top form so far this season, netting just 2 Serie A goals, but that still makes him Torino's joint-top goalscorer. We're backing the Italian international and Torino talisman to find the back of the net against a leaky Udinese defence on Monday night, just as he did when the sides last locked horns in April.

Everything you need to know about Torino vs Udinese

Torino would have fancied their chances of coming away with at least a point and possibly all three when they made the trip to Spezia last time out. However, a solitary second-half strike from Sala proved enough for the home side to pinch a win. Inconsistency has been an issue for Torino in recent seasons but many had hoped they had turned a corner this season, but that result suggests otherwise.

Udinese treated their fans to a 5-goal thriller before the international break as they beat Sassuolo 3-2. Deulofeu put the home side in front after just 8-minutes but goals from Berardi and Frattesi saw the visitors take a 2-1 lead. An own goal from the unfortunate Frattesi meant that the two teams went in level at the break but an early goal from Beto in the second forty-five gave Udinese an advantage they made sure they held onto.

Udinese: Jean-Victor Makengo is suspended and Samir Santos, Tolgay Arslan and Ignacio Pussetto are injured for the trip to Turin. 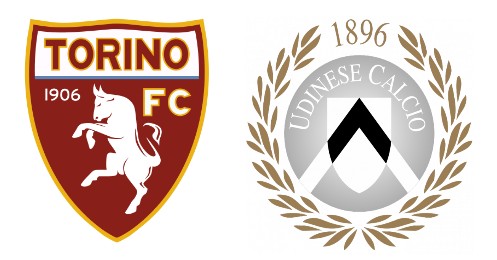