Juventus are finally up and running in the new Serie A season and are making their way back up the table. This weekend Torino provide the opposition for Juventus and the home side have made a positive start to the campaign and should prove a tough nut to crack on Saturday.

Here are our predictions for Torino vs Juventus

Juventus haven't lost any of their last 14 encounters with their local rivals Torino, securing four wins in the duo's last six head-to-heads in Serie A. Torino have lost two of their last six matches in Serie A and have only managed draws in their last two outings, while Juventus are enjoying a three-game winning streak after they defeated Spezia, Sampdoria and Chelsea.

This is a fixture that produced plenty of goals last season and we're expecting at least another three to be scored on Saturday. Over 2.5 goals have been scored in each of the last three league meetings between Torino and Juventus, while at least three goals have also been scored in three of the host's and four of the visitor's last six outings in all competitions.

Torino took the lead through Brekalo in the 56th-minute away at Venezia and looked like they might have done enough to secure all 3pts. However, the home side were awarded a penalty late on which Aramu converted to make the final scoreline 1-1. Torino remain unbeaten in their last four matches and currently sit above Juventus on goal difference but haven't managed to get the better of their local rivals since 2015.

Juventus followed up their 3-2 win over Sampdoria with an excellent 1-0 victory over Chelsea in the Champions League and are now starting to look like the title challengers we all expected them to be this season. A win against Torino could take Juve into the top six depending on results elsewhere but their fans won't be happy until their club is back in the top three at the very least.

Torino: Izzo, Pjaca, Praet, Zaza, Edera and Velotti are all injury concerns for the hosts this weekend.

Juventus: Ramsey, Morata, Dybala and Jorge are the main injury worries for the visitors. 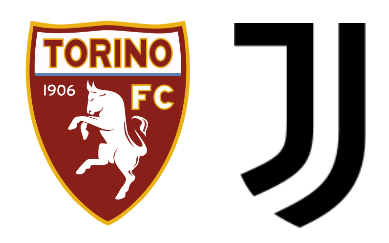