Torino sit 2ps above Genoa in the Serie A table but we're expecting a very close and competitive 90-minutes between the two clubs, both of whom will be desperate to return to winning ways on Friday night.

Here are our predictions for Torino vs Genoa.

This game has draw written all over it for us. The last meeting between these two clubs ended in a goalless draw back in February and both teams are currently in the midst of winless runs in Serie A. Torino are without a win in their last four matches, picking up two draws during that period, while Genoa haven't won in five games now but three of those matches have ended in stalemates.

We're not expecting much in the way of goals in this game as four of the pair's last six encounters in league and cup have witnessed under 2.5 goals. Fewer than three goals have also been scored in each of Torino's last five outings, while Genoa's last away game ended in a 1-0 defeat to Salernitana, so you can see why we're not banking on there being more than two goals in Friday's clash.

In terms of a final scoreline, we feel that a 1-1 draw is the most likely outcome on Friday. Torino have drawn two of their last four matches and both of those games ended 1-1, while each of Genoa's three draws in their last four outings have all seen both teams score, which makes a 1-1 draw more likely than a goalless draw on Friday.

Torino vs Genoa – the key stats and markets

Torino gave a good account of themselves away at Napoli but ended up slipping to a 1-0 defeat just as they did before the international break against local rivals Juventus. Scoring goals has been an issue for Torino of late but their defence has been fairly strong and hasn't conceded more than one goal in any of their last six matches. The key to Torino winning on Friday night would appear to be their ability to keep a clean sheet but Genoa arrive in good goalscoring form and that's why we're backing a draw.

Genoa played out a 2-2 draw with Sassuolo last weekend and have now drawn three of their last four games in Serie A. A win at Torino would take Genoa above their hosts and away from the relegation zone but the visitors will have to improve defensively in order to do so as they have been conceding goals on a regular basis of late. With no clean sheets in their last six attempts, conceding goals is clearly the main issue for this Genoa side because at the other end of the pitch they have managed to score 11-goals in their last six matches.

Torino: Mandragora, Verdi, Pjaca, Praet and Edera could all miss Friday's game due to injury.

Genoa: Biraschi, Maksimovic and Vanheusden are the main injury concerns for Genoa ahead of the trip to Turin. 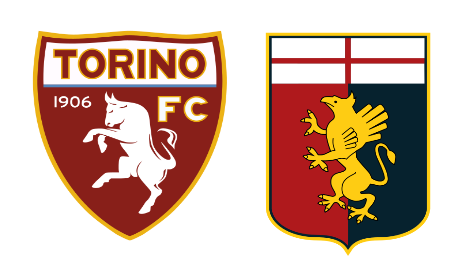