“I don't know if there would be somebody abroad willing to give me €100m for Andrea Belotti,” Torino President Urbano Cairo mused during a recent interview with Radio 24, “but I think his clause would be worth that of Gonzalo Higuain.” Just a few days later, the in-form striker would sign a new five-year contract, one with an exit fee set at exactly the amount discussed by the Serie A club supremo.

The deal was a well-deserved reward for Belotti’s form over the past 12 months, becoming Italy’s most prolific striker as he began to score goals at a vastly increased rate. Indeed, after netting just once in his first 15 matches with Torino, he would bag another 11 before the end of last season and has undoubtedly carried that form into the new campaign.

In 2016-17 he has already weighed in with ten more, sitting just two goals behind the division’s leading scorers Edin Dzeko and Mauro Icardi, his prolific scoring rate pushing the Granata into contention for a Europa League place. Torino have lost just once in their last six outings, putting them in a strong position ahead of this weekend’s derby clash with neighbours and reigning Serie A champions Juventus. 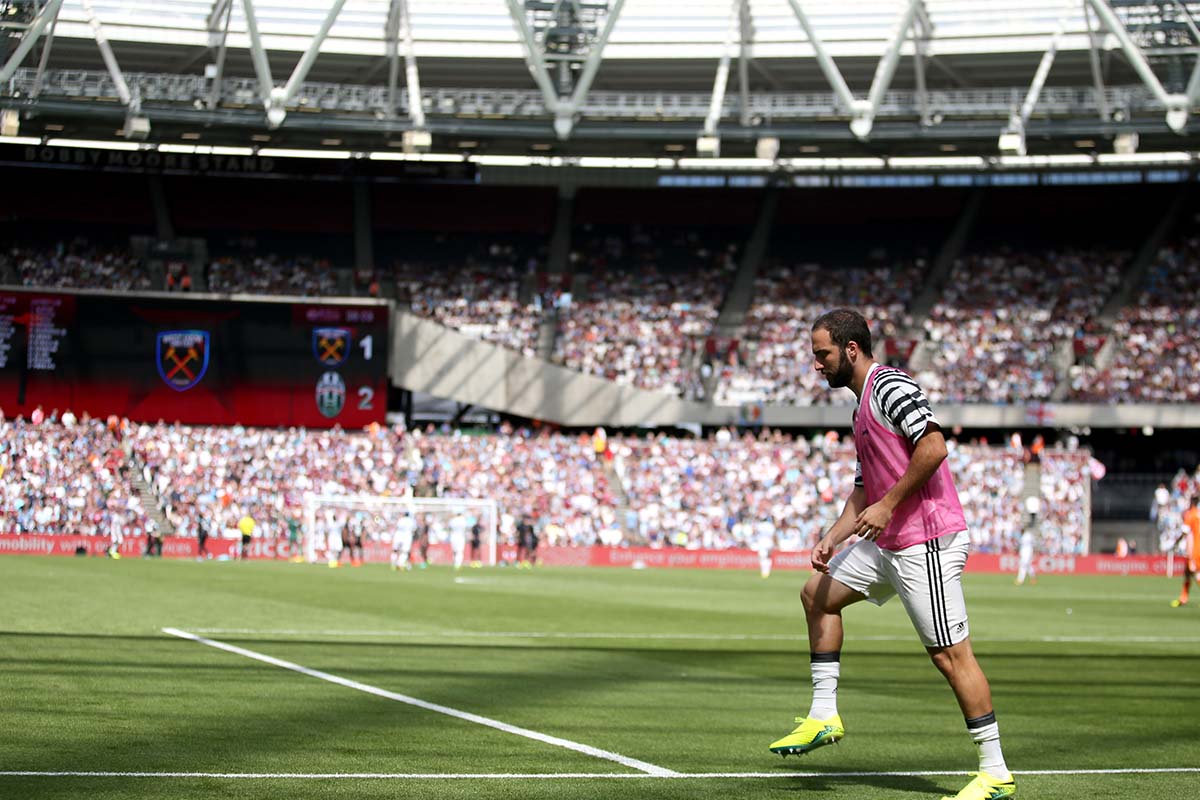 That clash will see Belotti go head-to-head with Higuain, the very man whose summer move sparked the contract clause issue to come to the forefront of the Italian football landscape. The former Real Madrid man was incredible last term, netting 36 league goals in 35 appearances — an all-time record for Serie A. Breaking a mark that had lasted since 1949/50 was not enough to lift Napoli to their first post-Diego Maradona title, however, and he would subsequently agree to a transfer that saw his compatriot brand him “a traitor.”

Like Higuain, Juventus were looking for more. The Old Lady had clinched a fifth-consecutive domestic crown but were swept aside by Bayern Munich in the last-16 of the Champions League, a competition they have not won in two decades. Determined to return to prominence on the continent, the Bianconeri triggered the release clause of the striker, handing over €90 million without entering a single meeting to negotiate with Napoli. As if robbing the runner’s-up of their best player was not enough, they did the same to snatch Miralem Pjanic from third-placed AS Roma, reinforcing their own squad while simultaneously weakening their two biggest rivals. This has allowed the club to focus almost entirely on their European commitments, already enjoying a four-point lead despite losing three games and suffering a ridiculous number of injuries. Safe in the knowledge that they are almost untouchable at home, coach Masimilliano Allegri steered his side to the top of their Champions League group for the first time since 2012. Juve also collected 14 points for the first time since 2005, testament to both their efforts this term and also just how badly the club was scarred by the fallout from the Calciopoli scandal.

Now truly competitive once again on the continent, the team has yet to deliver on its potential, and the form of Higuain in recent weeks highlights the fact their best players have yet to peak. His goal against Dinamo Zagreb on Wednesday was his first in seven appearances, a stark contrast to both his record-setting impact last term and that seen across town from Belotti.

Higuain has ten goals in all competitions but only seven in Serie A, three fewer than the Torino man and their comparative statistics make for interesting reading. The Argentinian is averaging 4.1 shots per 90 minutes of league action and has hit the target with 52% of them, while his rival has taken 3.7 and struck 56% of them on goal. They also play a similar role in build-up play; Belotti making 21.4 passes per game compared to Pipita’s 24.2, but has created 30 goalscoring opportunities compared to the Juve star’s lowly total of eight.

Asked to lead the line for their respective sides, both do very little work without the ball, but clearly enjoy being in possession. Higuain has completed 19 of his 25 take-on attempts (76%), his driving runs at defences causing panic and back-pedalling across the peninsula, but Belotti isn’t too far behind after being successful with 14 of his 23 attempts (61%). The duo are remarkably similar in stature, but aerial prowess is one facet where Higuain fails to match up, winning an average of 0.6 headers per game compared to two for Belotti.

Both also do whatever it takes to find the back of the net, with Belotti explaining his approach in a recent interview with La Gazzetta dello Sport. “The joy is the same whether it’s a bicycle kick or comes off your backside,” the 22-year-old said. “You’ve got to create a relationship between yourself and the goal to get goals into your blood.” The duo obviously have done just that, each scoring four left-footed goals and three with their right while Belotti also has three headers in his superior total.

10 – #Belotti is the only player in the top-5 Euro leagues to have scored 3+ left-footed, 3+ right-footed goals and 3+ headers. Complete.

Two old fashioned strikers – true No. 9s – the Toro man is tall, strong and yet deceptively quick; the speed at which he moves around the pitch tormenting Serie A’s notoriously well-drilled defences is striking. His breakout year has led to him being coveted by Europe’s biggest clubs and prompted Cairo to ensure his exit clause was only valid to foreign sides — a move clearly designed to prevent Juve snatching him in the same manner they acquired Pjanic and Higuain.

Belotti’s remarks about developing a thirst for goals were eerily reminiscent of those Patrice Evra made about Higuain earlier in the season.

“He goes crazy if he doesn’t score” Evra told UEFA back in October. “I remember a game when we were both on the bench and he was biting his nails. He told me: ‘When I come on, I MUST score!’ He’s a bit like Van Nistelrooy, strikers who were born to score goals. If they don’t score, they can’t sleep, and all of this is perfect for Juventus.”

He is, just as Belotti is perfect for Sinisa Mihajlovic’s Torino. The two men will line up on opposite sides of the Stadio Olimpico on Sunday, each looking to grab the goals that will deliver victory in the latest edition of the Derby della Mole. What more could you expect of a €90 million striker?