The players that populate the top goalscorers in Premier League history list are all very different. From goal poachers to midfielders capable of launching long-range piledrivers, the 10 players that put their names on the list all had one thing in common: consistency.

So, who are the top goalscorers in Premier League history? Some of the names may send you down memory lane. Others may surprise you they made the top 10. 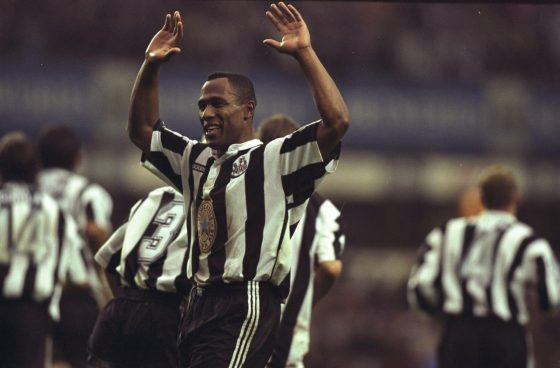 Les Ferdinand was a goals machine in the final third as he scored 149 career Premier League goals. His greatest Premier League goalscoring feats came at Queens Park Rangers and Newcastle United. For some younger fans, it was Ferdinand’s time at Tottenham Hotspur that is more well remembered, however.

Ferdinand broke into the Queens Park Rangers first team all the way back in the 1980s before the creation of the Premier League. He even spent loan spells with Brentford and Besiktas before truly proving himself as a marksman.

In 1995-96, Ferdinand joined Newcastle United for £6 million. It didn’t take long for the striker to bed into the team. Ferdinand scored 25 goals in 36 games. After just two years with the Magpies, he moved onto Spurs where age began to catch up with him. Still, Ferdinand scored 33 times in 118 games before spending three more years in the top flight with West Ham, Leicester City, and Bolton Wanderers. 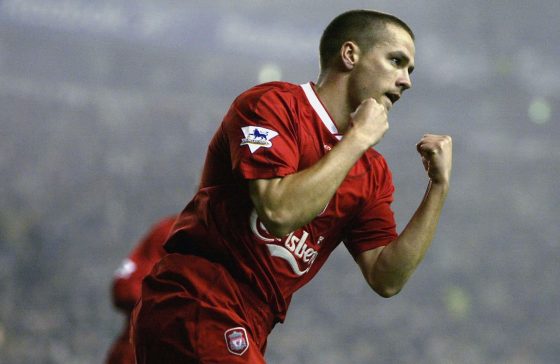 Michael Owen bagged 118 goals for Liverpool after joining the first team from the club’s academy. Owen was another one of the promising players to make the transition from the academy to the first team just as Steve McManaman, Robbie Fowler, and Jamie Carragher had. Not long after Owen joined the Anfield club’s first team, Steven Gerrard would also be promoted.

Owen signed his first professional football contract at Liverpool at the age of 17. He was immediately thrust into the first team playing 36 matches in the Premier League in 1997-98. Owen scored 18 league goals in his first full season in the team to lead the club. The striker scored double-digit goals in each of his first seven seasons at Anfield.

The Liverpool forward's incredible league form and international play earned him an £8m move to Real Madrid in August 2004. Owen had been Liverpool’s leading scorer from 1998 until his departure. His transfer was not taken well by fans, especially with Liverpool going on to win the Champions League title in 2004-05. To this day, Owen’s desire to leave for Real Madrid is still a contentious issue for Liverpool fans.

Owen returned to the Premier League one season after moving to Real Madrid as he signed with Newcastle United for £16.8m. After four seasons at Newcastle United, he drew the anger of Liverpool fans once more by joining Manchester United. Owen ended his Premier League career in 2012-13 with one goal in eight games for Stoke City. 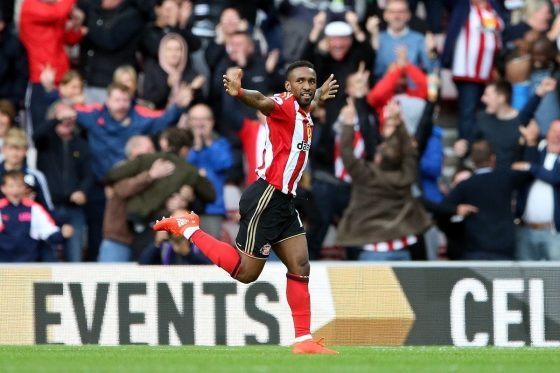 To make it on the Premier League’s top goalscorers of all-time list, a player has to either be an incredible goalscorer or have longevity in the division. In the case of Jermain Defoe, the former Tottenham Hotspur legend had both. Defoe came through West Ham’s youth academy graduating into the first team in 2001. As a teenager, Defoe led the Hammers attack in the Premier League. He appeared in 35 games scoring 14 goals for the club becoming another one of the promising stars produced by West Ham’s academy.

In the winter of 2004, Defoe joined Tottenham Hotspur, a club the striker would become synonymous with. He scored 43 league goals in his first stint at White Hart Lane before leaving for Portsmouth for a brief spell. A return to Tottenham Hotspur in 2008 saw Defoe hit even greater heights than in his first spell. He bagged 48 goals in 137 Premier League fixtures.

Stints with Sunderland and Bournemouth followed before finally leaving the Premier League in 2018. Defoe joined Scotland’s Rangers becoming one of the Premiership’s best goalscorers in spite of being in his mid-30s. 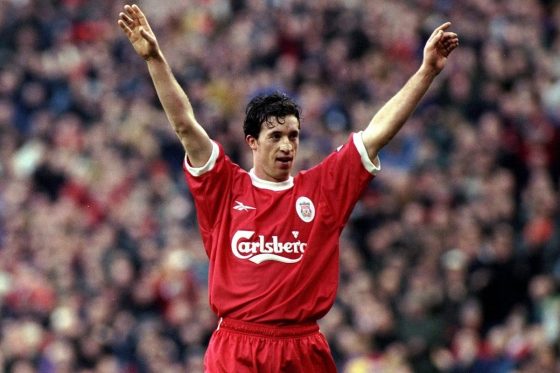 Robbie Fowler is Liverpool’s all-time leading scorer in the Premier League era with 128 goals. The striker went on to score 35 further goals with stints at Leeds United, Manchester City, and Blackburn Rovers. Fowler came through Liverpool’s Melwood Academy and joined the club’s first team in January 1993. By the start of the next seasons, Fowler had become a regular scoring 12 goals in 28 league appearances at the tender age of 18.

The Liverpudlian soon earned the nickname of “God” as there was nothing he couldn’t do in front of goal. Fowler’s career was notable for him being one of the first true Premier League era stars. He was one of the first players to earn large sums for playing in the English top flight, but still years away from the incredible salaries players would make just a few years later.

Although Fowler only played seven full seasons with Liverpool, his popularity with fans has made him a well-remembered player to this day. In December 2001, Fowler left Liverpool due to struggling with injuries, form, and manager Gerard Houllier’s lack of trust. According to Fowler, he was pushed out of the Anfield club by the manager. The striker went on to play for Leeds United and Manchester City. In January 2006, Fowler was re-signed by Liverpool. Over the course of 18 months at the club in his second stint, Fowler played in 30 Premier League games and scored eight times to solidify his status as “God” of Anfield. 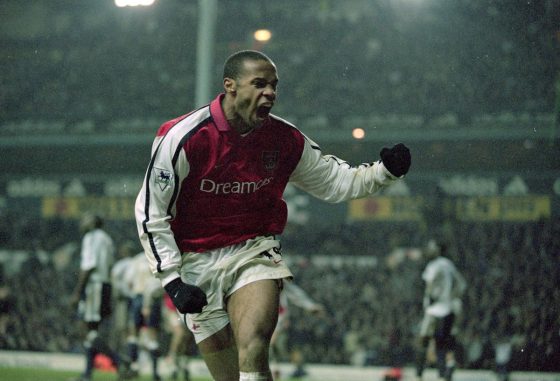 In August 1999, Arsene Wenger signed Thierry Henry after an unsuccessful season at Juventus. Just 21-years-old, Henry had gobs of potential waiting to burst out. His time at AS Monaco and Juventus was filled with promise, but nothing more than a few goals were scored. Playing under Wenger at Highbury, Henry suddenly turned into a world-beater scoring 17 Premier League goals in his debut season. He followed it up in his sophomore season with 17 more strikes.

Although Henry never led Arsenal to another league title, he continued to score goals until his departure from the Premier League in 2007. He returned to the team for a short-term loan in 2012 from parent clb New York Red Bulls. Henry still had the goalscoring touch upon his brief return scoring one goal in four appearances. 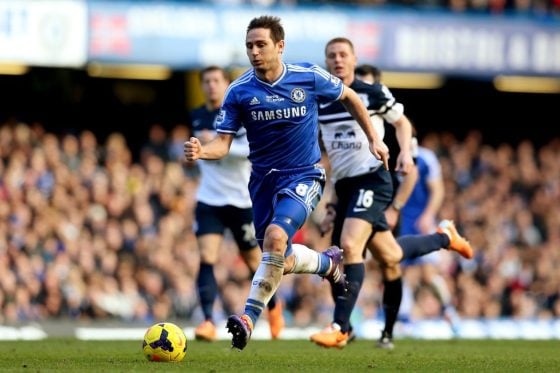 No midfielder has scored more goals in the Premier League era than former West Ham, Chelsea, and Manchester City player Frank Lampard. The former midfielder is most remembered for his time at Chelsea where he spent 13 seasons. It was at Stamford Bridge that a vast majority of Lampard’s goals were scored.

Lampard experienced his most success in the top flight at Chelsea and it propelled him into being a top international for England. He won three Premier League titles and scored double-digit goals in 10 consecutive seasons at Stamford Bridge. In Chelsea 2009-10 league winning campaign, Lampard scored a brilliant 22 goals while adding 14 assists. 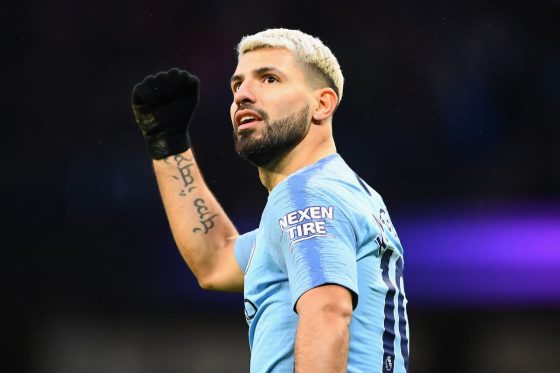 Aguero is the greatest striker to ever play for Manchester City. His goals totals and clutch of silverware are examples of the brilliance Aguero has brought to the club. It is arguably that Manchester City would never have had the trophy success of the last decade without Aguero there to score goals.

Signed in 2011, Aguero has scored 20 goals or more in six of his nine Premier League seasons up to 2020. The Argentine’s time is nearly up at Manchester City as the club look to replace the 32-year-old sometime soon. A knee injury during the 2019-20 season was followed by surgery ending Aguero’s campaign. He was just four goals shy of the Premier League 20-goal mark when the injury occurred. Aguero still has the chance to break into the top three of the all-time Premier League top goalscorers list. 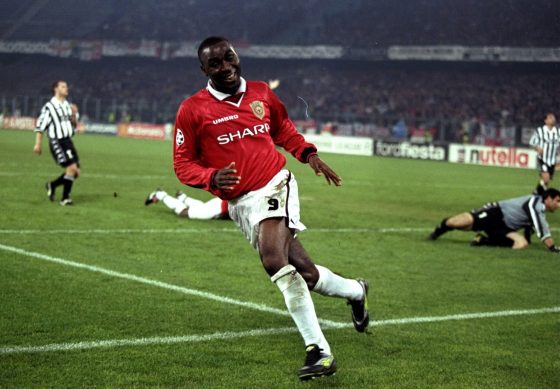 After making waves in the English Second Division thanks to his goalscoring, Andy Cole earned a move o Newcastle United in February 1993. He took St. James’ Park by storm scoring 12 goals in 12 games. The following season, his first full campaign at Newcastle United, Cole scored 34 times in 40 league games. 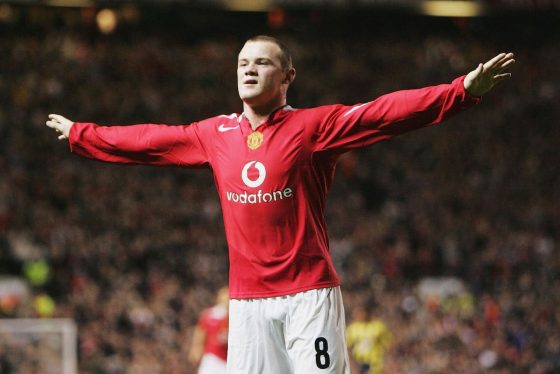 Wayne Rooney made his Premier League debut at the tender age of 16 for Everton. The Merseyside-born youngster grew up an Everton supporter and fulfilled his dream of playing for the club in 2002 appearing in 33 matches scoring six goals.

Just two seasons later, Rooney moved to Manchester United for £25.6m landing a salary of £50,000-per-week as an 18-year-old. His first season was a success on the pitch with 11 Premier League goals in 29 appearances, although Manchester United finished third in the division. 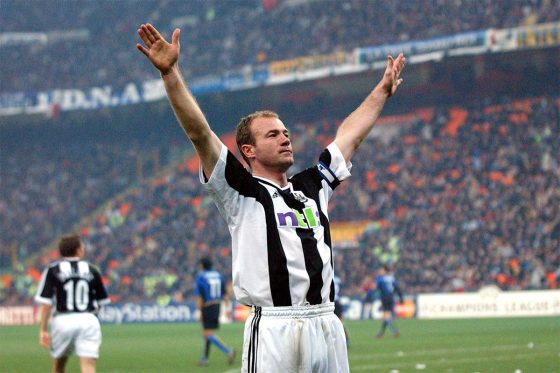 The striker started his career at Southampton in 1986 after coming through the club’s youth team. In 1992, he joined Blackburn Rovers for a then-record-breaking transfer of £3.6 million as the Premier League era dawned. Shearer was linked to Manchester United at the time, but thanks to Blackburn Rovers owner Jack Walker’s deep pockets, the Ewood Park club won the race to his signature.

The striker bagged over 30 goals in three of his four seasons at Blackburn Rovers. In 1996, Shearer left Ewood Park to join the club he supported as a child, Newcastle United. It was a homecoming celebrated by Newcastle United fans the world over. Although Shearer never hit the 30-goal mark again, he did bag double-digit goals in seven of his 10 seasons at St. James’ Park. Shearer has been labelled the “greatest ever Newcastle United striker”.