Ronald Koeman‘s reign at Goodison Park came to a thumping end as Everton were thrashed 5-2 by Arsenal on Sunday.

The club's owners decided to finally pull the trigger on the Dutchman's stay on Merseyside after a tumultuous run had seen the Toffees slip into the relegation zone.

Koeman parted company with £150million in the summer in a bid to strengthen his squad following the departure of Manchester United.

But after defeats against Burnley and Lyon in the Premier League and Europa League respectively this month, and a thrashing at the hands of the Gunners last time out, Everton decided to pull the plug on his time at the club.

With the Toffees in desperate search for a suitable replacement, Football Whispers takes a look at the the ideal candidates who could succeed Koeman at Goodison Park.

What a coup this would be for Toffees supporters. A three-time Champions League winner and former Premier League title-winning manager with Chelsea, Ancelotti is currently taking an extended break after leaving Bayern Munich.

Everton's financial backing would certainly act as an incentive for the Italian, who has been linked with bringing former assistant and current Swansea boss Paul Clement with him to Merseyside.

The 58-year-old has managed some of the biggest names in Europe and has won titles in Serie A, Ligue 1, the Bundesliga and of course the Premier League.

Everton's owners are certainly ambitious but can they genuinely persuade one of the best manager's to have graced the game to join the club in such difficult circumstances?

One from within. Knows the club like the back of his hand, having firstly made 188 appearances for Everton during a six-year spell and has since taken over the reigns as coach of the under-21s at Finch Farm.

Unsworth has overseen the implementation of several academy graduates into the first-team picture at Goodison Park, with the likes of Tom Davies and Jonjoe Kenny earning reputations as two of the brightest young English talents to have graced the Premier League in the last year.

It may be that Everton's owners could view Unsworth as a short-term solution, while they evaluate their options and try for a bigger name in the summer.

The 44-year-old certainly has the pedigree and would have the backing of supporters in trying to resurrect the club's poor start to the season. 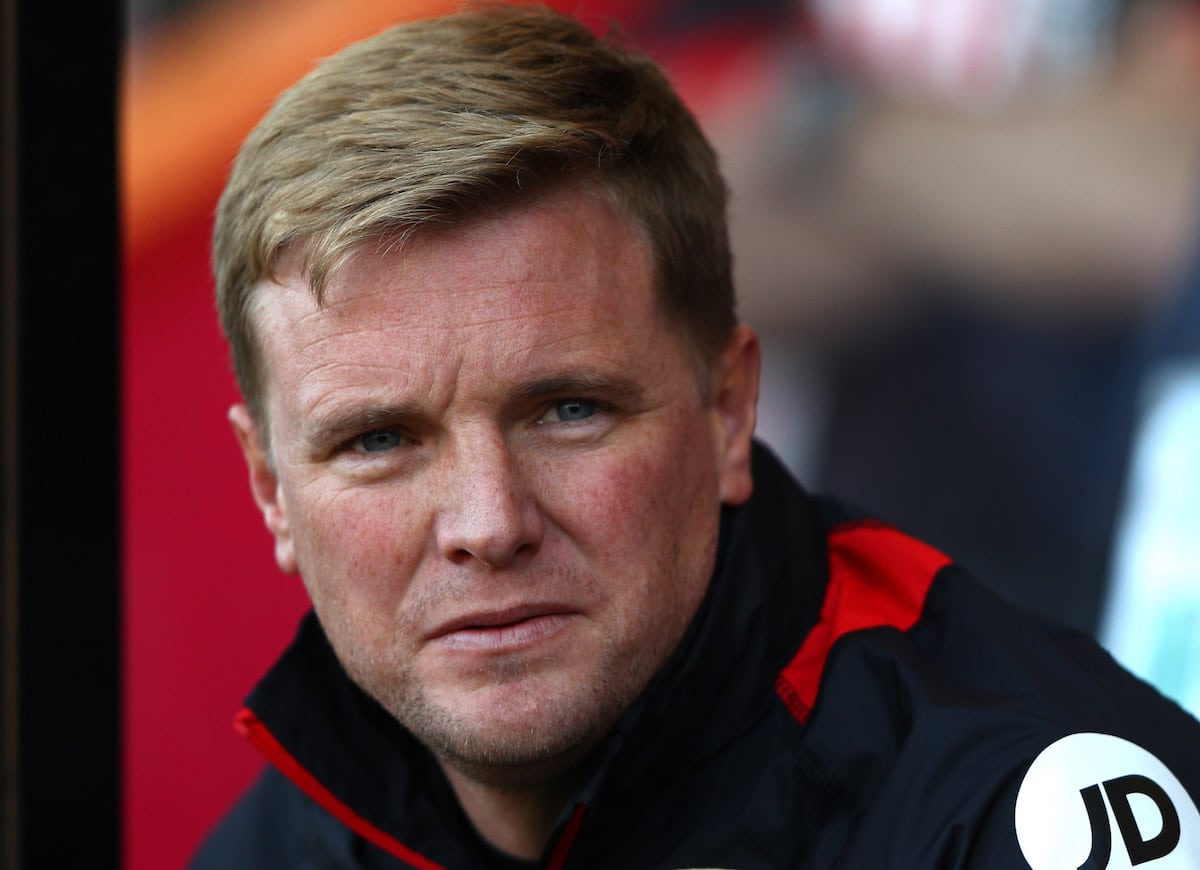 The bright, young English talents of Bournemouth's Eddie Howe would certainly appease most supporters on Merseyside.

Howe hasn't hidden away from the fact that he grew up a massive Everton fan and although this is hardly worth the appointment in itself, he will most definitely grasp the opportunity to manage his boyhood club.

The 39-year-old's development as a coach has been quite remarkable and it seems English football has been waiting for Howe to make the step up from the south coast club.

There is a growing feeling that Howe has taken Bournemouth as far as humanly possible, having stabilised the Cherries in the top flight for the past few seasons.

A miraculous rise up the football management ladder has seen former Fulham boss Chris Coleman linked with various Premier League jobs in the last year or so.

Taking Wales from 112th in the world to the semi-finals at Euro 2016 in just five remarkable years, the 47-year-old has been touted as the ideal candidate to return to the Premier League.

His unquestionable success at international level has heralded Coleman's claim as a top manager but his appointment would certainly still be met with scepticism from supporters.

The Welshman last managed in the Premier League back in 2007 and will take time to readapt to his surroundings in the English top flight.

But his recent achievements will stand him in good stead should the Everton board opt to bring Coleman in as Koeman's replacement.

Self-assertive, assured and highly-successful, Sean Dyche deserves nothing but praise for his remarkable feats at Burnley.

Having masterminded a victory at Goodison Park earlier this month, Dyche has been touted with taking over at Everton and rightly so.

During his five-year spell at Turf Moor, the 46-year-old has gained two promotions from the Championship and has stabilised the Clarets as a strong, mid-table presence in the Premier League.

His no-nonsense attitude to management will certainly ruffle a few feathers on Merseyside but will help galvanise a squad seemingly bereft of confidence.

Everton won't go too far wrong should they opt for Dyche and provide him with the platform to showcase his managerial craft.

Whatever way the Everton board decide to go there are certainly a variety of different options available.

With the club in dire need of Premier League points and a major boost, Farhad Moshiri and Bill Kenwright will know they cannot afford to rush into a decision.

But with a trip to Stamford Bridge in Carabao Cup on the horizon and must-win games against Leicester and Lyon also in the pipeline, Koeman's replacement must hit the ground running to ensure Everton's season doesn't descend into complete chaos.