The summer transfer window is the most turbulent period in the footballing calendar. Identified targets are missed out on; established plans are torn up and re-written, then re-written again; the butterfly effect of transfer chains sees one move cause five or six more; millions are spent and received; and the deadline looms ominously.

With just hours to go until the window slams shut, the Premier League’s top six will be hoping to emerge from the chaos in a better position than when they entered it.

This is often the case for some, but never for all. Even those who have spent eye-watering sums on new additions haven’t necessarily reinforced the right areas with the right players, as time will no doubt tell.

Champions Chelsea want to retain their title this season, but they fill face stiff competition. Liverpool, Manchester City, Manchester United and Tottenham Hotspur have similarly grand ambitions. Arsenal may lag slightly behind, but the hope of one last Arsène Wenger-inspired revival lingers despite a succession of disappointing results.

The last few hours of the summer transfer window can play a huge part in a team’s chances of success. Here we analyse the dream and nightmare deadline day scenarios for each of the Premier League’s top six.

Alexis Sánchez decides against a move and commits himself to the Arsenal cause for one last year. He is joined in this decision by Alex Oxlade-Chamberlain, who is swayed by a tactical change – the arrival of Jonny Evans at centre-back allows Sead Kolašinac to play at left wing-back, meaning the versatile Englishman is free to move inside to his favoured central midfield role.

Sánchez and Oxlade-Chamberlain both leave for top six rivals Manchester City and Chelsea for cut-price deals. They are joined on the way out, inexplicably, by Germany international Shkodran Mustafi, leaving Arsenal short on centre-backs.

Wenger, panicking in the final hours of the window, opts for a quantitative approach and attempts to overpay for a number of underwhelming new additions. He fails in this pursuit as time runs out, leaving himself with a half-baked squad ahead of a critical campaign.

Chelsea go all out to beat Liverpool to the signing of Oxlade-Chamberlain, a player who could feasibly fill in three key roles – right or left wing-back, central midfield, inside forward – within Antonio Conte’s preferred 3-4-2-1 system.

Having essentially signed three for the price of one, they then focus on a top class striker and sign Torino’s Andrea Belotti, a hitman tailor-made for the manager’s style of play.

With Oxlade-Chamberlain opting to join Liverpool instead, Chelsea are left chasing multiple players for multiple positions. They spend substantial amounts of money bringing in a raft of guaranteed substitutes, including Danny Drinkwater, Ross Barkley and Fernando Llorente.

The bank balance is worse off, but the starting line-up remains unchanged and there is no space for the club’s renowned young talent. On top of that, Diego Costa decides to stay for another six months, leaving the team vulnerable to further internal disharmony.

Liverpool beat Chelsea to Oxlade-Chamberlain’s signing on the assurance that he will play in central midfield. They are then given an added boost when Philippe Coutinho takes the advice of his esteemed compatriot, Neymar, and opts to remain at Anfield.

With the midfield and attack looking suitably title-challenge-worthy, the squad is deemed complete when Virgil van Dijk finally joins to bolster the back line.

After allowing the transfer saga to drag on, Liverpool finally bend to Barcelona’s extravagant advances and agree to sell Coutinho with hours to spare in the transfer window. However, they leave it too late to bring in an adequate replacement.

Distracted by the scramble for a midfielder, they fail to add a centre-back to the ranks, meaning Dejan Lovren is set for another full season at the heart of the Reds’ defence. 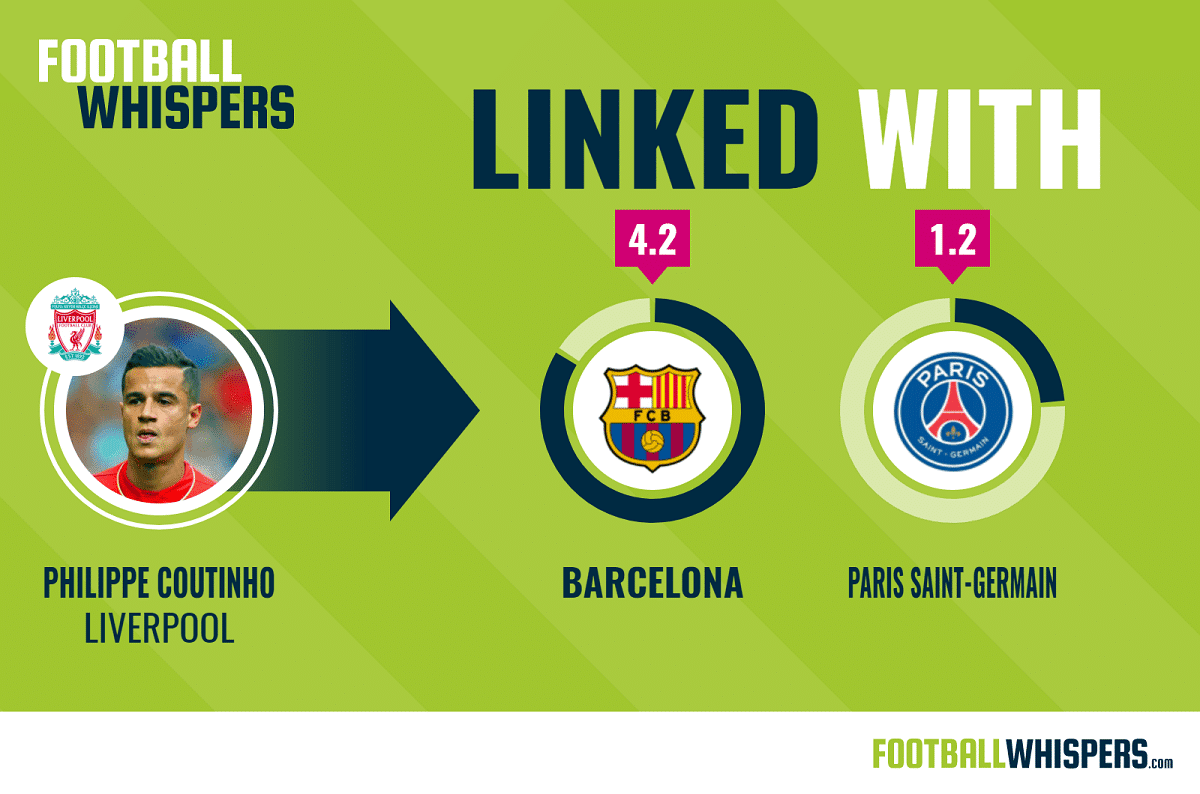 Prioritising key positions of weakness within his squad, Pep Guardiola decides to eschew spending big on Arsenal’s Sánchez and instead looks to add a centre-back or defensive midfielder to ensure balance and stability.

Manchester City follow this up by offloading the deadwood, including Wilfried Bony, Eliaquim Mangala and Fabian Delph to give room to their best prospects, such as Brahim Díaz, Tosin Adarabioyo and Phil Foden.

City do what is necessary to sign Sánchez, including a big fee and Raheem Sterling going the other direction. Having lost one of their more promising attackers, they then inflate the squad further with panic buys, forcing their academy graduates further to the fringes of the first team and losing some of the connection with their fan-base.

After a perfect start to the Premier League campaign, no change is a good thing for a settled and well-stocked Manchester United squad.

No new signings come in and no players move on as Jose Mourinho keeps faith with those already available to him, including Marouane Fellaini.

At a time when they both seem on the verge of breaking through for good, Marcus Rashford and Anthony Martial’s importance to the club is undermined by the arrival of Ivan Perišić.

United pay Inter Milan the £50million fee necessary to facilitate the deal, but whether the 28-year-old is truly worth such a large sum remains questionable.

Nonetheless, the Croatian wide man takes up the left wing berth, relegating Rashford and Martial to the bench once again.

There is confirmation that Serge Aurier has joined Tottenham, meaning Mauricio Pochettino finally has four experienced top-level full-backs to call upon. This isn’t the end of Spurs’ business, however, as they also make moves to ensure quality back-up to Harry Kane in the centre-forward position. Divock Origi arrives from Liverpool with this in mind, bringing pace, power and directness to the frontline.

While Aurier is granted his work permit, no other new signings arrive. This leaves Pochettino with a lack of strength in depth ahead of a season in which they have serious Premier League title aspirations along with a difficult Champions League group featuring Real Madrid and Borussia Dortmund to negotiate.