It has been a very busy summer for Rangers and Pedro Caixinha. Nine players have arrived at Ibrox, five have left and the club crashed out of the Europa League at the qualification stage.

The Portuguese boss is under-fire after the loss to Progrès Niederkorn, so the next few weeks will be crucial ahead of their Scottish Premiership opening day fixture against Motherwell.

Caixinha needs reinforcements, with one or two players required to not only strengthen his squad, but bolster his starting line-up. 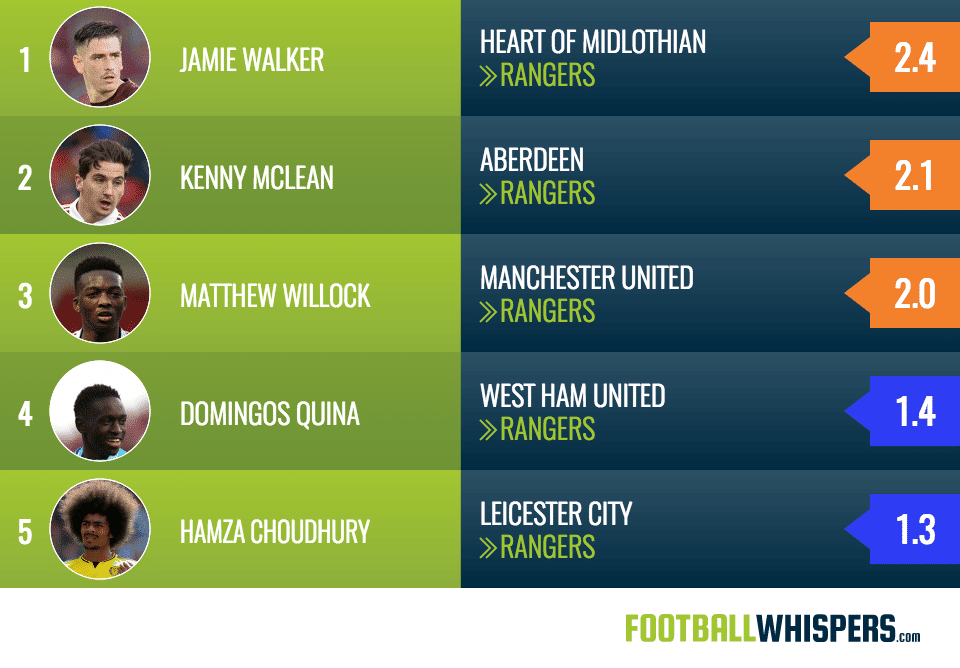 Rangers search for reinforcement continues and so does their battle with Hearts for 24-year-old, Jamie Walker. The winger, who can also play anywhere in the attack, scored 12 times in 24 Scottish Premiership appearances last season and has been earmarked as a key addition at Ibrox this summer.

Earlier in the week, it was reported by The Sun that the Glasgow giant were preparing a final ‘take-it-or-leave-it’ offer. The Edinburgh side have already rejected £500,000 and as they value Walker at £1million, the last bid will need to be closer to their estimation for anything to happen.

It is suggested that Gers chiefs will go back with £600,000, but it remains to be seen if it will be enough for the Jambos to agree a deal. Although with his contract ending in 2018, there is a deal to be done between the two clubs.

Walker could play on the left of the 4-2-3-1, or even in behind the striker, giving the attack more speed and directness. If Pedro Caixinha is serious about strengthening his front-line, he needs to make sure their final bid is one that Hearts will accept.

The Portuguese boss also hasn’t given up hope of signing Aberdeen midfielder, Kenny McLean. The 25-year-old joined from St Mirren in 2015 and featured in all 38 Scottish Premiership fixtures last term. He also added three goals and four assists as the Dons finished second behind Celtic.

It’s obvious why Caixinha is keen, his midfield was out-performed by Luxembourg side Progrès in their 2-0 Europa League defeat, so adding someone like McLean would be the perfect boost. However, Aberdeen boss, Derek McInnes, is confident no one else will be leaving Pittodrie before the start of the season.

“Everybody who’s at the club will be staying and I don’t see us adding to the squad before the European deadline on Wednesday,” he told the press this week. “We have to prepare for three games in ten days.”

Aberdeen host Apollon Limassol in the Europa League qualifier on Thursday and won’t want speculation surrounding their players going into the game. Maybe Rangers would be better placed to wait until after the two legs before making their next move.

If eliminated, the northern side could be more interested in cashing in. Although it is always a blow to have to sell to a league rival. 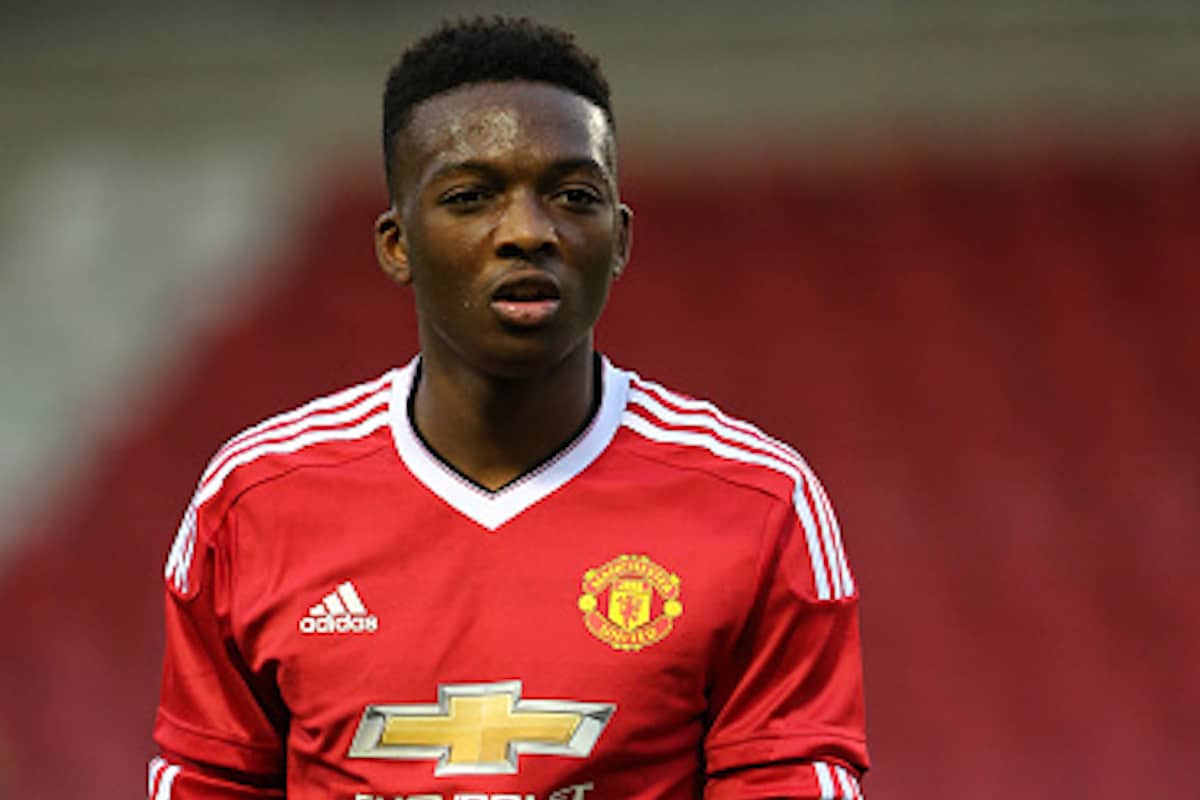 Although he never made it on to the pitch for Manchester United’s final league game against Crystal Palace, just being named on the bench by José Mourinho suggests that Matty Willock has a future at Old Trafford.

The 20-year-old central midfielder was a huge part of Warren Joyce’s Under-21 side which finished sixth in the Premier League 2 and now it seems the Manchester club are happy to let the youngster gain first-team experience.

According to The Sun, the former Arsenal youth product is a target for Pedro Caixinha. It would only be a loan deal, but his physicality and passing range would upgrade the Gers midfield, whilst the pressure of playing at Ibrox would be a great next step for the youngster.

Celtic have shown to be a great step for talent looking to adapt before their next step in the Premier League, this could be Willock’s chance to prove his worth to the other Portuguese manager.

Whether he is back-up if Rangers fail to land McLean remains to be seen, but after impressive performances for the Manchester United Under-21s, he could prove to be a great piece of business.

All has gone quiet on the Domingos Quina to Rangers front. The former Arsenal transfer target had been linked with a loan move to Ibrox, but there has been no movement since the start of the month.

According to The Mirror, Paris Saint-Germain have shown interest in the teenager, with head of recruitment Joao Luis Afonso arranging a meeting with his family.

Still just 17 years old, he caught the eye of on-watching scouts as he impressed for Portugal at the recent Under-19 European Championships in Georgia.

He has only been part of the West Ham United squad for one year, joining last summer from Chelsea. Yet, he did enough to impress Slaven Bilić, with the Croatian promoting him to the first-team squad. He went on to play twice in the UEFA Europa League qualifying campaign early last season.

“He is one of those players that you think if he doesn’t make it, then which player will?” said Bilic when asked about Quina’s potential.

“He has got everything and it is now down to us and up to him how much he is going to improve and dedicate his life to achieve something that God gave him. There is no doubt he has something exceptional.”

Rangers tried to bring him in on loan in January, but Mark Warburton was unsuccessful in his approach. With the link to his compatriot and current Rangers boss, there could be more of an appeal for Quina to go north of the border.

Again, he could be a valid option if Rangers' bid for Walker fails to materialise. It’s of more benefit to the Gers to sign players on permanent deals, but picking up a talented youngster on loan is a great way to add quality.

It’s hard not to notice Leicester City’s 19-year-old midfield prospect, Hamza Choudhury. With a large Marouane Fellaini-esque afro, he stands out from a distance, but it’s apparently his footballing skills that have caught Pedro Caixinha’s attention.

The Bangladesh-born midfielder spent last term on loan with Burton Albion and made 13 appearances for the Championship side.

It seems another spell out on loan from the Foxes is on the cards as he struggles to make an impact on Craig Shakespeare’s first-team.

Scottish television station, STV, reported earlier in the month that both the Gers and Hearts had shown an interest in the teenager.

Choudhury could be another alternative if they don’t land Aberdeen’s McLean, but as a defensive midfielder, he wouldn’t be a like-for-like replacement if the Jambos lost their left-winger to the Glasgow club.