This was always going to be a huge summer for Jürgen Klopp and Liverpool.

Qualifying for the UEFA Champions League was a huge achievement in his first full campaign, but now is the time the Reds kick on and make themselves a force on the pitch.

Rather than the players coming into the club, this transfer window might be remembered more on who leaves.

Frustrated in most parts for who would be considered their top targets, Klopp insisted he wouldn’t settle for Plan B.

If Barcelona can sign Philippe Coutinho, Anfield will expect arrivals and the German will have to act fast in the next few weeks.

With that in mind, we’ve picked the five hottest Liverpool transfer rumours right now and analysed the likelihood of each going ahead. 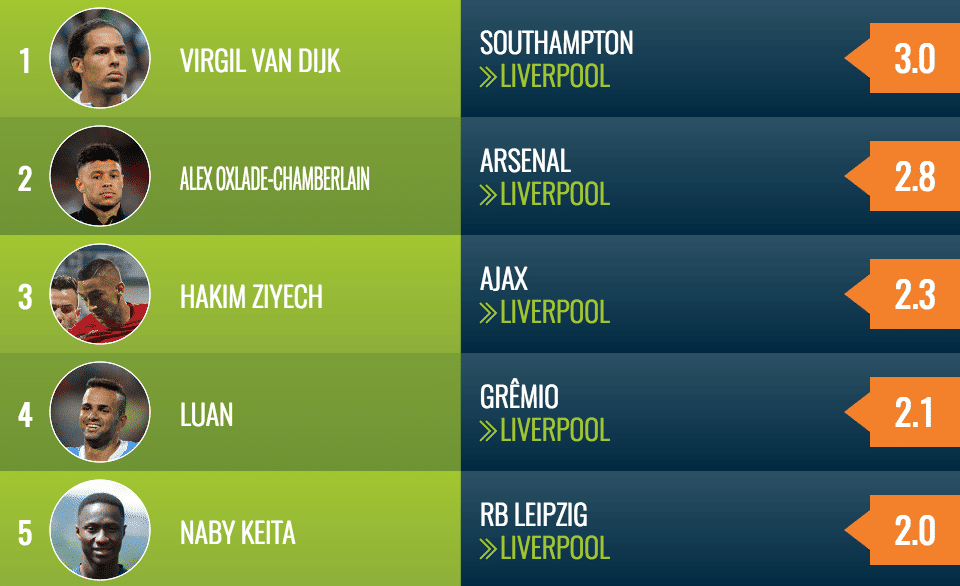 Despite handing in a transfer request, Southampton maintain their stance that nothing has changed at St Mary’s.

“My reaction is the same,” said new boss Mauricio Pellegrino. “But I said three weeks ago we are expecting him to come back to train with us because we need the player, we need all of them. Hopefully he can change his point of view because he is an important player and we need him focused on the club.”

The centre-back will not play any part in the Saints opener to start the season, with the Argentine coach revealing the Dutch defender had a problem with a virus.

It has been clear since they revealed their intentions, Liverpool see van Dijk as a huge part of their future, player power usually triumphs in these situations and surely the south coast club won’t want an unhappy player in their midst.

Rumoured as a Chelsea transfer target, it seemed that Liverpool were one of the first clubs to show their interest in Alex Oxlade-Chamberlain.

The 23-year-old showed his versatility in the opening game of the season, playing left wing-back as Arsenal came back to beat Leicester City 4-3 on Friday night.

He has just one year left of his contract and the Gunners are holding out for around £30/35million, which shows how mad this transfer window has become.

“Personally, I think he is a hugely talented player,” Wenger said when asked about the England international. “He is on the way up and he will continue to move up because that potential is there.

“He is today very conscious of his qualities as well, which he was not always, and I personally believe he will be a very great player.”

Able to play in the midfield and anywhere in attack, he is the type of player who can give you consistency in a number of positions and with the injury to Adam Lallana, there is a place in that squad for him to fill. That would be vital to Klopp’s attraction and that’s why Antonio Conte also wants him.

If Arsenal can’t get him to sign a new deal, he could well jump ship before the window closes. 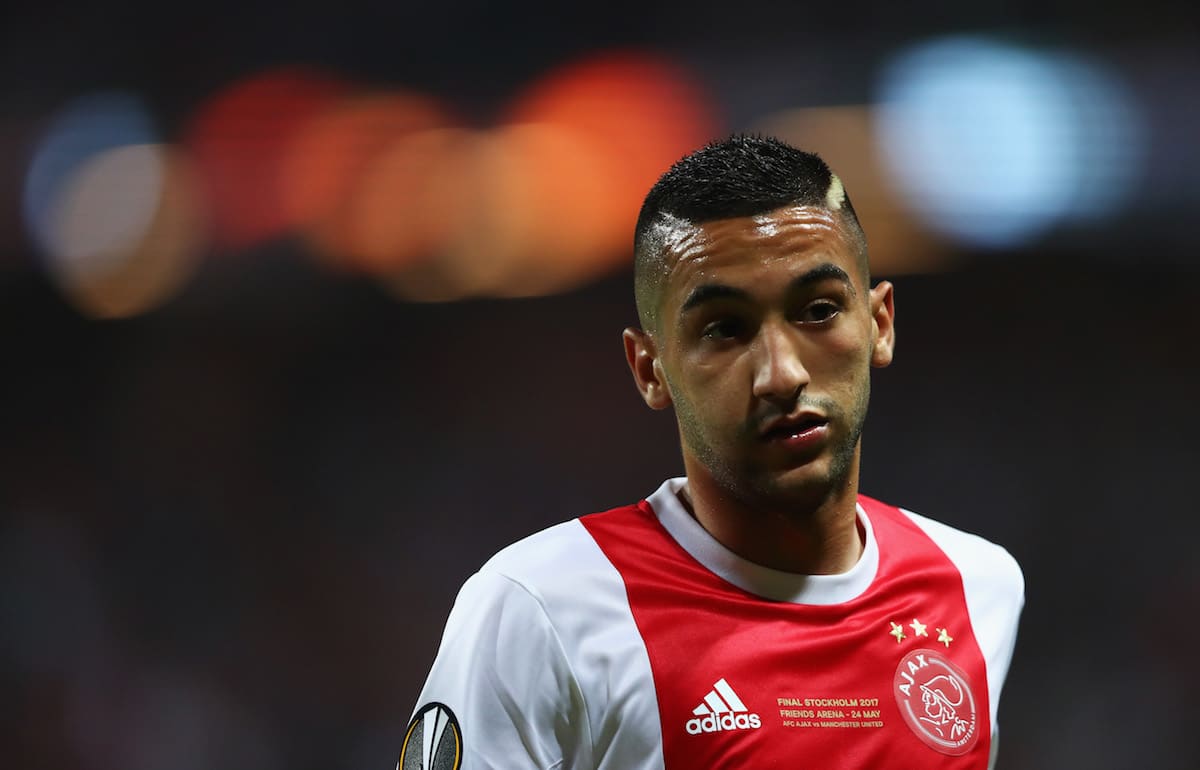 After the injury to Lallana and the ever-changing situation regarding Coutinho, Liverpool are now being linked with multiple replacements for the middle of the park.

The Eredivisie giants would be loathed to part with the Moroccan international who finished with nine goals and 13 assists in the league last term. He also contributed seven goals in their run to the Europa League final.

Able to play as a playmaker, a winger and deeper in the midfield, like Coutinho. If the Brazilian stays, the Ajax star could replace Lallana too, so it’s a move that makes sense, if they can convince the Dutch side to sell. 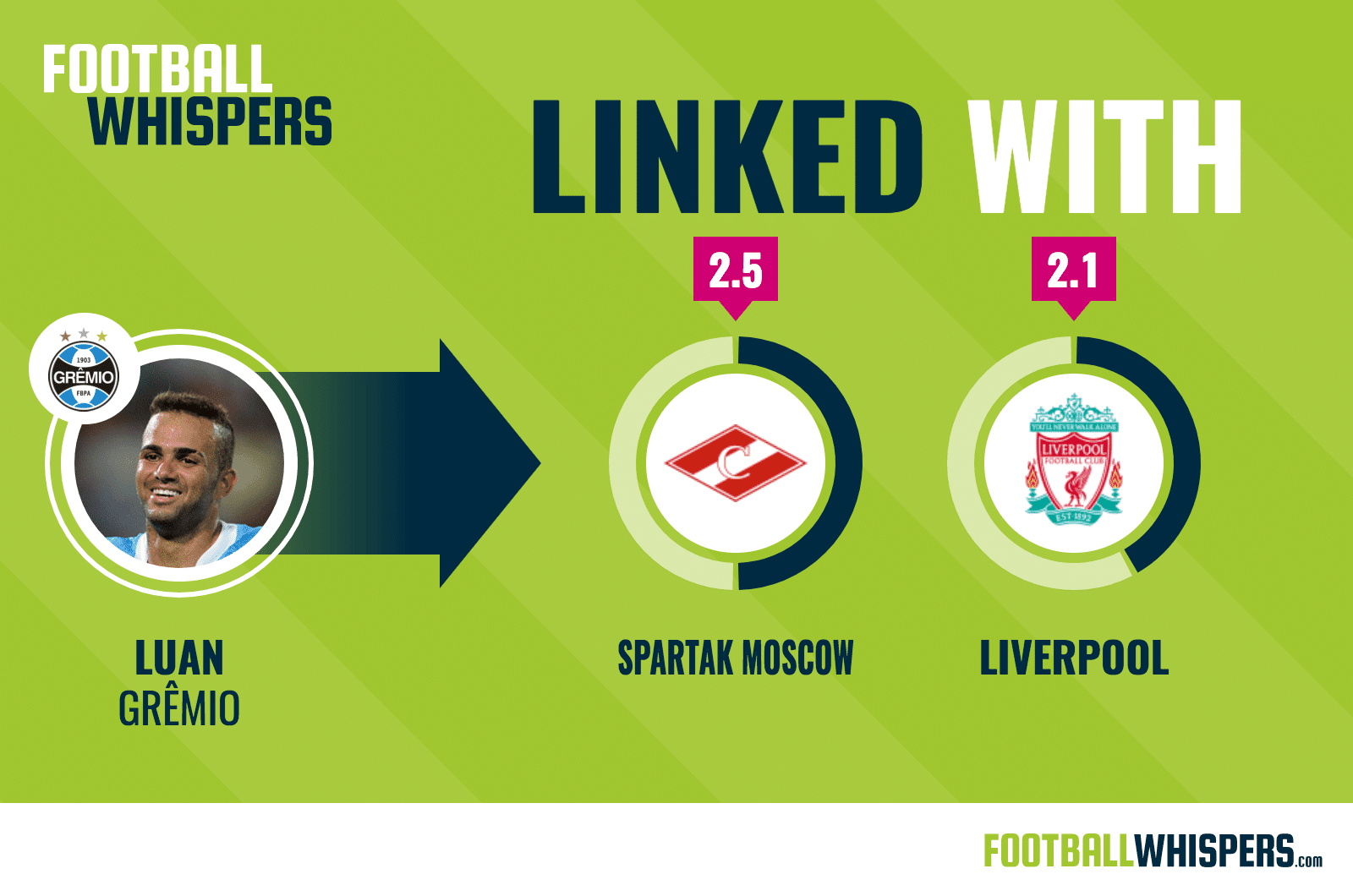 Long linked with a move to Anfield, a deal for Brazilian forward Luan looks a way off at the moment. Sport Witness revealed on their website, via sources in Brazil that Spartak Moscow are the favourites to land the forward – sitting at 2.5 on the Football Whispers Index.

The Brazilian press had suggested that with both Liverpool and Arsenal showing interest, representatives would be sent to watch Grêmio’s Copa Libertadores match against Godoy Cruz.

“The deal (with Spartak) is on stand by. There are a number of issues, we are trying to see whether they happen,” said club president Romildo Bolzan. “Contract, percentage split, payment deadlines, which is the only thing that is more or less close. If Liverpool have a bid, it better be made soon.”

Sport Witness then report that there were no scouts at the Arena do Grêmio for that game and that the Brazilian club have received no concrete interest from the Reds this summer.

Perhaps that could all change in Coutinho moves on. The 24-year-old has made 22 appearances this season, scoring 11 times, setting up five. He plays either as a centre-forward or a little deeper, but can play off the wing too. Someone who could go some way to replacing his countryman.

It’s all gone cold for now in Liverpool’s pursuit of Naby Keïta. RB Leipzig have done an excellent job at holding firm in their stance.

Reported offers of £57million and £66m were rejected by the Bundesliga club, but if Klopp plays the long game, they could eventually land there man, but it might not be this season.

The Liverpool Echo report that next summer a new release clause is triggered in Keïta’s contract, which allows him to leave for £48m.

Ralf Rangnick, the club’s Director of Sports told SportBILD: “Next season it is so that Naby theoretically has the option to go. I’m assuming that he’s playing a strong season, even in the Champions League.

“And then there will be big clubs that are also interested in him. Accordingly, it will probably be difficult to keep him.”

Liverpool will hope, similar to their stance with Coutinho, that if they push harder and need to make a move in this window, they could still land their man.

Keita looks like the perfect addition to the midfield, pushing the team forward and bringing that spark from the middle of the park.