It’s been a strange summer for Chelsea. Antonio Conte’s side have already spent in excess of £125million as they look to defend their title.

But the Premier League champions actually look like they have a thinner squad than last year after a number of departures, including Nemanja Matić, John Terry and Nathaniel Chalobah.

Conte knows that as well, and according to the Evening Standard he wants four more players at Stamford Bridge this summer.

With that in mind, we’ve picked the five hottest Chelsea transfer targets right now and analysed the likelihood of each going ahead. 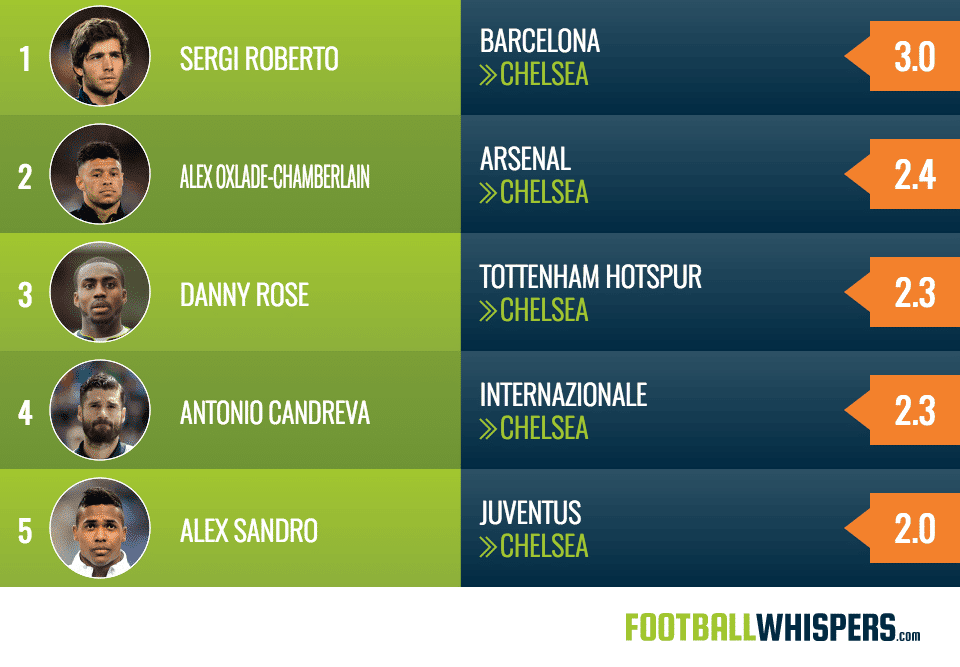 After the departure of Matić, as well as Chalobah, Chelsea look a bit light in the middle of the pitch.

With Tiemoué Bakayoko injured, only Cesc Fàbregas and N’Golo Kanté can play in that role at the moment, and as the Community Shield showed, they’re not necessarily the best partnership.

Beyond that, Kyle Scott appears to be the next choice, with the 18-year-old making the bench against Arsenal last weekend.

Will Chelsea Lack Goals This Season? | FWTV by FootballWhispers

The 25-year-old has a €40million release clause at the Camp Nou and is thought to be disillusioned with not being a first-team option under new boss Ernesto Valverde, who sees him as a midfielder rather than a right-back, where he had featured last season.

That versatility could be a bonus to Conte, who currently doesn’t have any back-up in the wing-back roles, and Roberto could challenge Victor Moses for the right wing-back spot.

Another versatile option for Conte could be Arsenal’s Alex Oxlade-Chamberlain.

The Daily Star report the Blues have made a £35million bid for the 23-year-old, who is out of contract at the Emirates next summer.

If Chelsea have made an offer of that size, surely Arsenal would be mad to reject it.

It seems clear that the England international will leave the Gunners at the end of the coming season, and while Arsène Wenger won’t want to sell directly to a rival, it makes more sense to do it now for money, rather than having the former Southampton man leave for nothing in less than 12 months.

With Terry and Chalobah leaving, the Blues will need some players who have come through an English academy to fulfil the Premier League quota of only having 17 players who do not fulfil the homegrown quota, so Oxlade-Chamberlain would make sense.

What’s more, the fact that he could play on either side as a wing-back, in the midfield two or even in the two behind the main striker, would make him a vital member of the squad at Stamford Bridge.

Another homegrown talent that the Blues are looking at is Tottenham Hotspur’s Danny Rose.

His comments in The Sun today won’t have gone down too well with Spurs fans.

Rose is on £65,000 per week, something the Blues could easily double.

“One thing is for sure — I know my worth and I will make sure I get what I am worth,” said the left-back.

“I am not playing as well as I have done not to get paid what I think I am worth.”

While he would be the perfect competition for Marcos Alonso, whether Daniel Levy would want to sell to Chelsea would be another thing.

And it looks like Rose wants a move away from London if he does decide to leave too.

“I will say this too — I will play up north. I don’t know exactly when, but I will get back up north and play some football somewhere,” he added.

And that would suggest he is more likely to be a Manchester United transfer target than move to West London.

The 47-year-old coach worked with the player during his stint in charge of the Italian national team.

Whether he moves could actually end up being down to old Blues boss José Mourinho.

Inter don’t want to sell both him and Manchester United transfer target Ivan Perišić, so should the Croatian not move to Old Trafford, Chelsea could get Candreva.

According to Metro, the midfielder, who can also play on either flank, is available for €25million, which although he’s 30, seems a bargain in today’s transfer market. 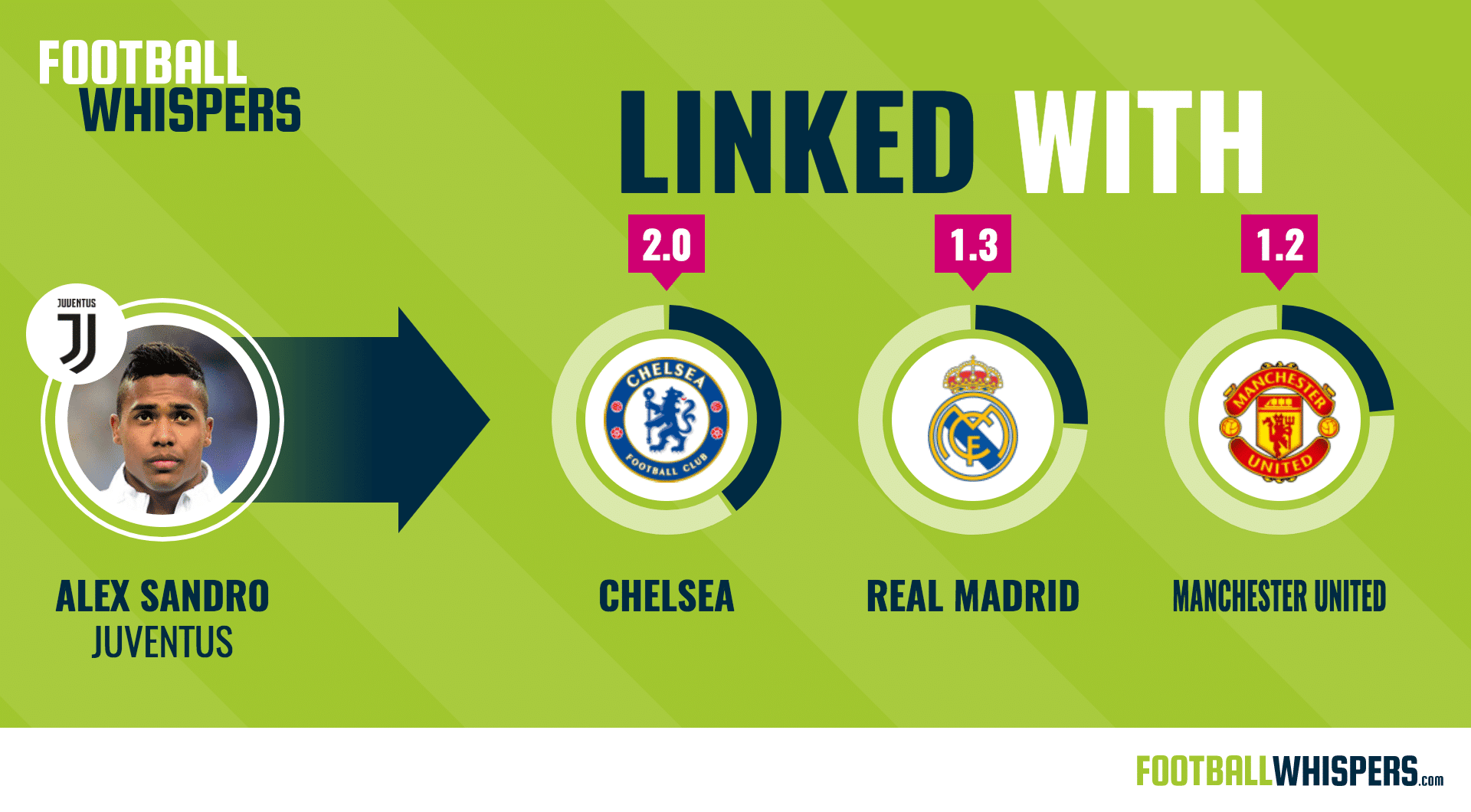 There is no doubt that Chelsea really wanted to bring in the Juventus left-back this summer.

He would have provided stern competition for Alonso, but the Champions League finalists seem more than reluctant to sell.

That is no real surprise though, considering they’ve already lost Dani Alves and Leonardo Bonucci this summer.

Italian journalist Niccolò Ceccarini told TuttoMercatoWeb the Blues haven’t given up on the Brazilian just yet, but are unwilling to go past the €45million bid that has already been rejected by Juventus.

Perhaps if Conte fails to bring in anyone else, he may head back for his main transfer target towards the end of the window.