Arsenal’s season got off to the perfect start with the Community Shield victory over Chelsea on Sunday.

Yet you would be surprised if Arsène Wenger’s shopping this summer will end with only Alexandre Lacazette and Sead Kolašinać.

There are bound to be a number of departures, with a number of players out of favour and the likes of Alexis Sánchez, Mesut Özil and Alex Oxlade-Chamberlain subject of various transfer rumours as they approach the end of their contract next summer.

And there is no doubt the Gunners will be desperate to get back into the Champions League after failing to qualify for Europe’s elite competition last season for the first time since Wenger’s arrival.

With that in mind, we’ve picked the five hottest Arsenal transfer rumours right now and analysed the likelihood of each going ahead. 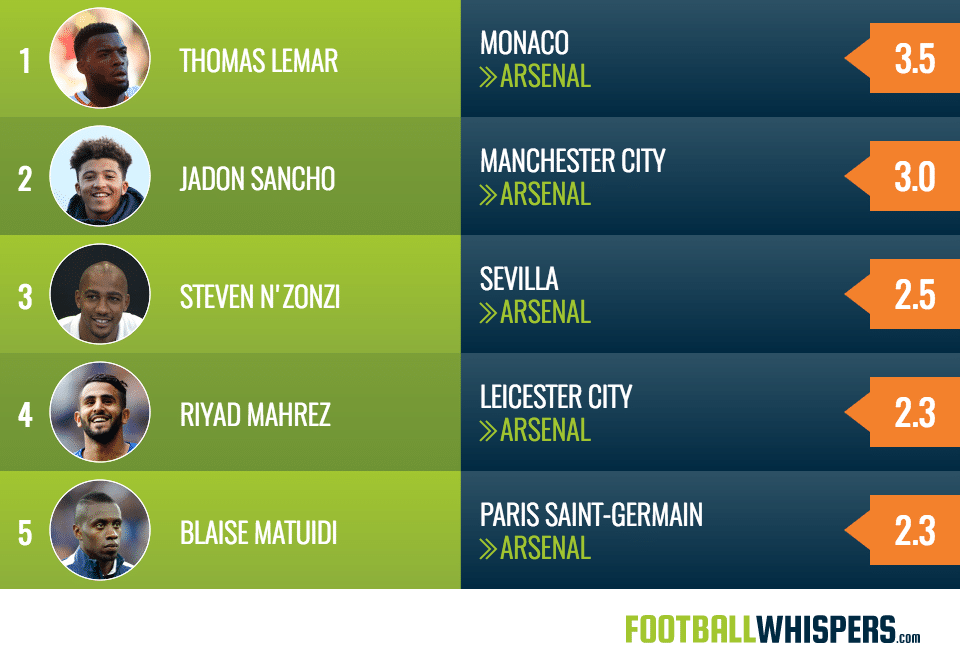 The Gunners have already had three bids turned down, with the last one believed to be €50million.

The Sun claim the only thing stopping the move going through is the two clubs being unable to agree a fee, as the player has already given his word to Arsenal that he wants to move to the Emirates.

Lemar was briefly a Barcelona transfer target following Neymar’s departure, but they seem to be edging closer to Ousmane Dembélé. The Catalans wouldn’t need the two.

A deal may depend on Kylian Mbappé’s potential move away from Monaco though, as, with Bernardo Silva, Tiemoué Bakayoko and Benjamin Mendy already leaving Stade Louis II, Monaco won’t want to lose too many more of their title-winning squad.

Earlier this month, the Independent reported Jadon Sancho had stopped training at Manchester City as he attempted to force a move away from the club.

And the forward has apparently not attended training at the City Football Academy since last week, returning to London with no intention of going back.

He is thought to be an Arsenal and Tottenham Hotspur transfer target, which would make sense, given he is from the capital.

Sancho has one year left on his scholarship deal but has asked to leave City. However, if Sancho did sign for either of the north London clubs, City would be due a compensation fee close to £4million.

The 17-year-old believes his path to the first team is blocked and that he would be likelier to play senior football elsewhere, something which would definitely be the case at Arsenal, who have history for bringing youngsters through.

Sancho wouldn’t go into the first team straight away though, and there is a new contender for his signature in Borussia Dortmund, with Kicker claiming they are looking at the teenager as a replacement for Inter-bound Emre Mor.

The German club already have some of the most exciting teenagers around in Christian Pulisic and Alexander Isak, so a move to the Bundesliga could appeal to him and their interest would probably worry Arsenal.

Former Blackburn Rovers and Stoke City midfielder Steven N’Zonzi is on Wenger’s shortlist for midfielders this summer, according to The Sun.

And if the Frenchman wants a return to the Premier League, he’s making all the right noises for it. Yesterday it was reported in Seville-based paper Estadio Deportivo that he was looking for a move.

The paper got in touch with his representatives, who said: “Steven wants to leave, that’s the truth. The president and the coaching team know that. We hope they let him leave soon.”

Sevilla aren’t willing to sell cheap though and will insist on his buyout clause of €40million being met.

The 28-year-old has blossomed into one of the best players in Spain in his role since he left the Premier League and in today’s climate, the price really doesn’t seem too bad at all. 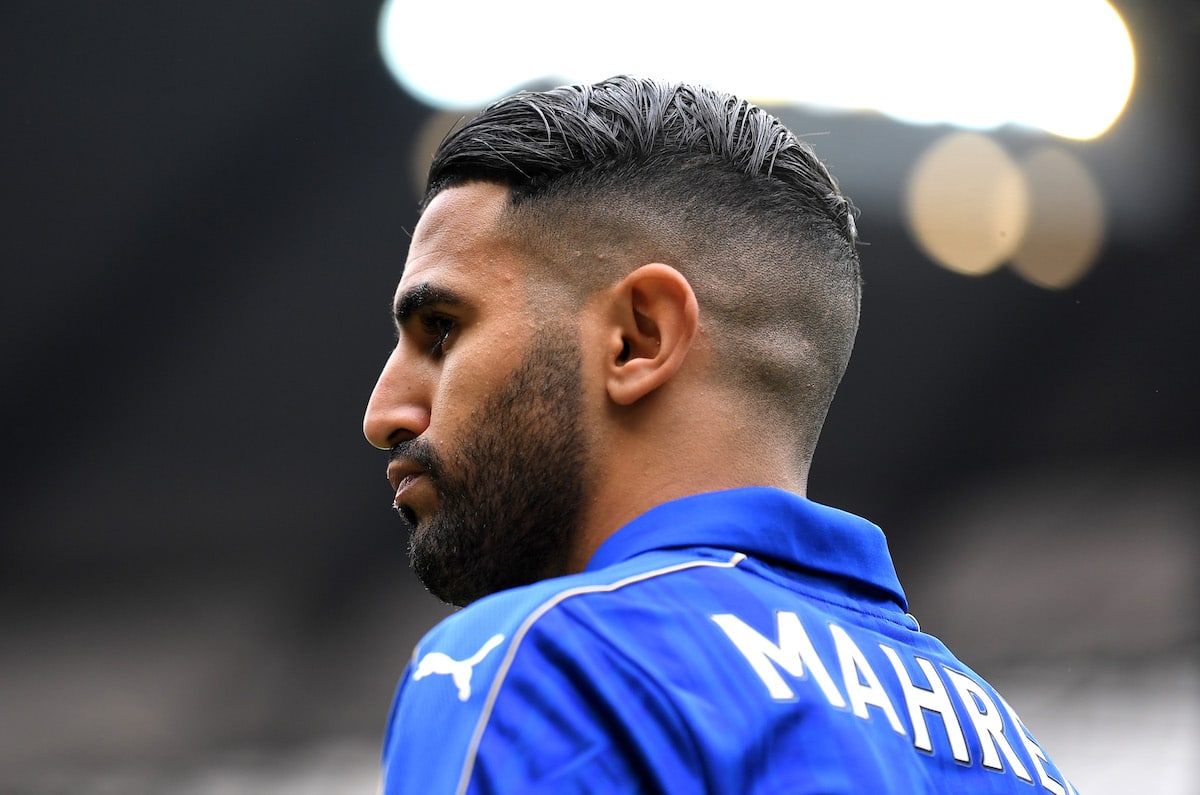 If the Lemar deal falls through, the possibility exists that Arsenal could return for Leicester City winger Riyad Mahrez.

The former PFA Player of the Year is someone Wenger admires, with the Gunners boss telling beIN Sports last month: “We have not made a bid, but personally, I like the player, yes. I think he made a huge impact when they won the championship.

“Like at everybody else at Leicester, this season has been more challenging, but it doesn't take away from his qualities.

Mahrez was a Roma transfer target, but they failed to meet Leicester’s £50million valuation, opening the door for a move to the Emirates.

If he impresses on Friday night when his current side travel to the Emirates, the speculation may again increase.

As Wenger looks for another central midfielder, Paris Saint-Germain’s Blaise Matuidi is a potential option.

He has less than 12 months left on his contract at the Parc des Princes and as they look to recoup some of the money they spent on Neymar, the French side would be willing to sell the 30-year-old.

The midfielder was thought to be a Juventus transfer target but the Italian press now believe they are focusing on Emre Can or Kevin Strootman instead, opening the door to a potential move to the Premier League.

Twitter account PSG United, which is thought to have close links to the club, reported last month that there were talks held between the French side and Arsenal over a potential move for the France international.

Matuidi is a Mino Raiola client, and his agent would reportedly prefer to see him in England, presumably for the money.