Tottenham Hotspur were the only side to push eventual Premier League title winners Chelsea close last season and coach Mauricio Pochettino will look to strengthen in order to close the gap this summer.

Already Spurs are being heavily linked with a number of additions as they bid to go one better next season.

Here, we take a look at the top five Spurs transfer stories according to the Football Whispers Index, which scores the validity of transfer rumours out of five, to see who could be the first new arrival at of the summer for Pochettino’s men. 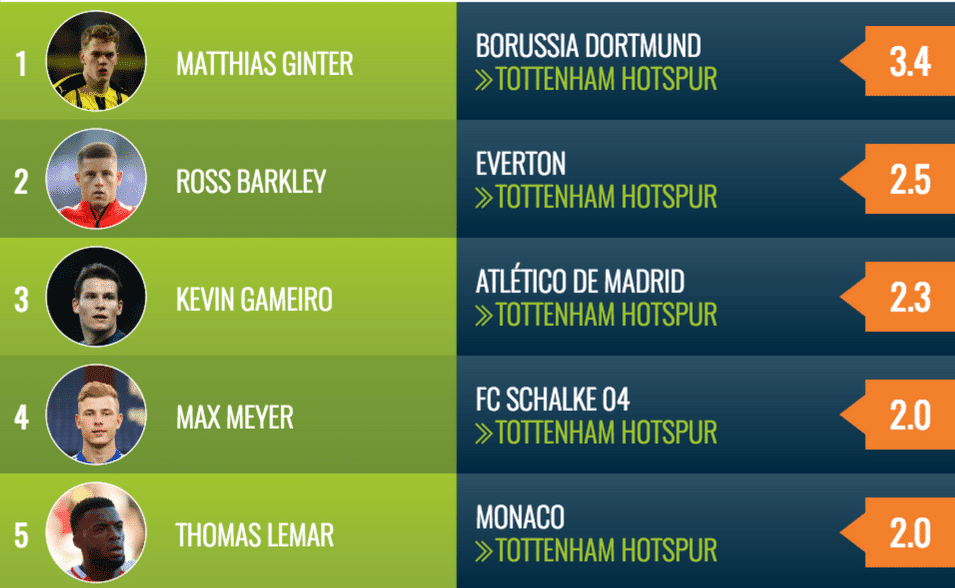 Currently away with Germany at the Under-21 European Championships where Die Mannschaft face England on Monday evening for a place in the final, Ginter is a new entrant to the top five according to our index.

The 23-year-old centre-back, who can also play at full-back, made 26 Bundesliga appearances for Borussia Dortmund last term but faced competition from Marc Barta, Łukasz Piszczek and Sokratis Papastathopoulos.

Spurs' need for a centre-back is great. The north Londoners successfully transitioned to a back three last season but that forced Manchester United transfer target Eric Dier, previously impressive in the centre of midfield, to fill in at centre-half.

Kevin Wimmer is expected to leave – with Southampton linked with a move – meaning a new centre-back will be near the top of Pochettino's shopping list.

The darling of Goodison Park, Everton midfielder Barkley is reportedly a Spurs and Chelsea transfer target. Barkley has been heavily linked with Tottenham in the last two transfer windows.

Barkley, 23, scored five times from midfield last season and bagged eight assists. But despite that there is a sense the England international has yet to fully live up to his potential on Merseyside.

A move now looks more likely than ever with the Liverpudlian having reportedly failed to sign a new contract to remain at Goodison.

He is out of contract in 2018 and Everton, despite coming into money following Farhad Moshiri's takeover, won't be keen on losing one the talismanic homegrown midfielder for nothing.

In windows past a £50million price had been mooted. Spurs won't stretch that far but a young, hungry, English player fits the profile Pochettino has tended to go for at Spurs.

Barkley would need to be moulded to fit the Argentine's needs but reinforcement for the centre of midfield is required.

After Vincent Janssen's high-profile struggles last season Spurs are in desperate need of a reliable alternative to Harry Kane up front.

When the England hitman was sidelined Pochettino was forced to pick between winger Heung-min Son and and Dutch flop Janssen who took until April to score from open play in the Premier League last term.

Gameiro, who bagged 12 La Liga goals last season, might be the ideal solution. He is behind Antoine Griezmann at Atleti while Fernando Torres looks set to sign a new deal to remain at the club. 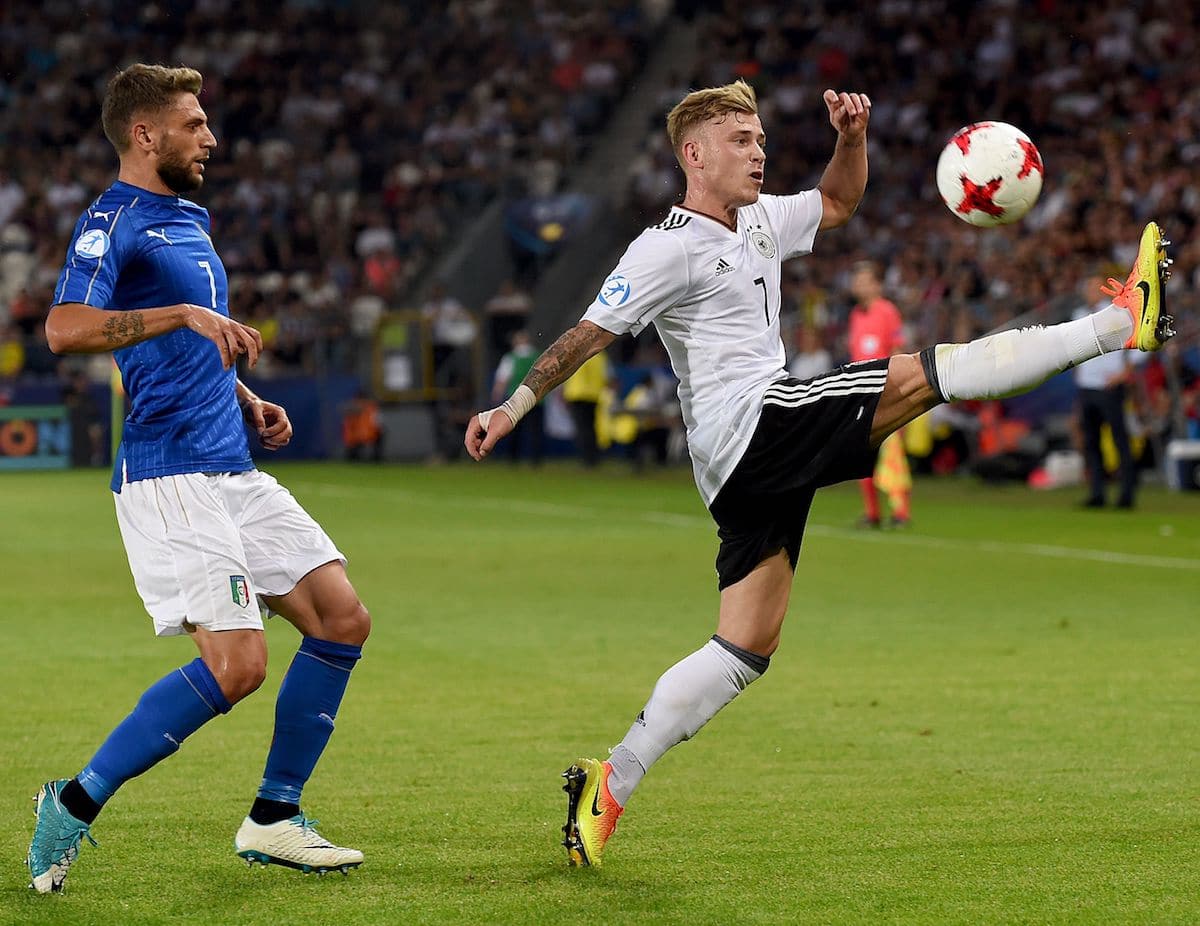 The German midfielder could be a cheaper alternative to Barkley if Pochettino is looking for an attacking midfielder to give Dele Alli some competition.

Meyer is currently at the Under-21 European Championships in Poland where England stand between Germany and the final of the competition.

The talented technician was far from a regular for Schalke last season, scoring one and assisting one from 18 Bundesliga starts, and is expected to leave after turning down the offer of a new contract.

“I received an offer of a contract extension but with my management I decided to turn it down,” he told BILD earlier this month.

One of the stars of Monaco's shock Ligue 1 win and run to the Champions League semi-finals, French winger Lemar has been linked with a move away from the Stade Louis II this summer.

Monaco's model dictates they only sell one or two big players each summer. With Bernardo Silva having already signed for Manchester City, Spurs will have to act quickly.

A full French international, the 21-year-old, who scored 14 times and assisted a further 17 last season, can play on either wing and would give Spurs a conventional wide option which – Son aside – they have lacked since Erik Lamela's mysterious hip injury.