Following the shock defeat to Luxembourg side Progrès in the Europa League, a dark shadow has been cast over Rangers' season.

Rather than talk of challenging Celtic for the title, many wonder whether Pedro Caixinha will be capable of matching Aberdeen in the chase for second.

We have picked out the top five players linked with a move to Ibrox this summer and analysed the possibility of them joining, where they’d fit and if it’s a move that would benefit the Gers. 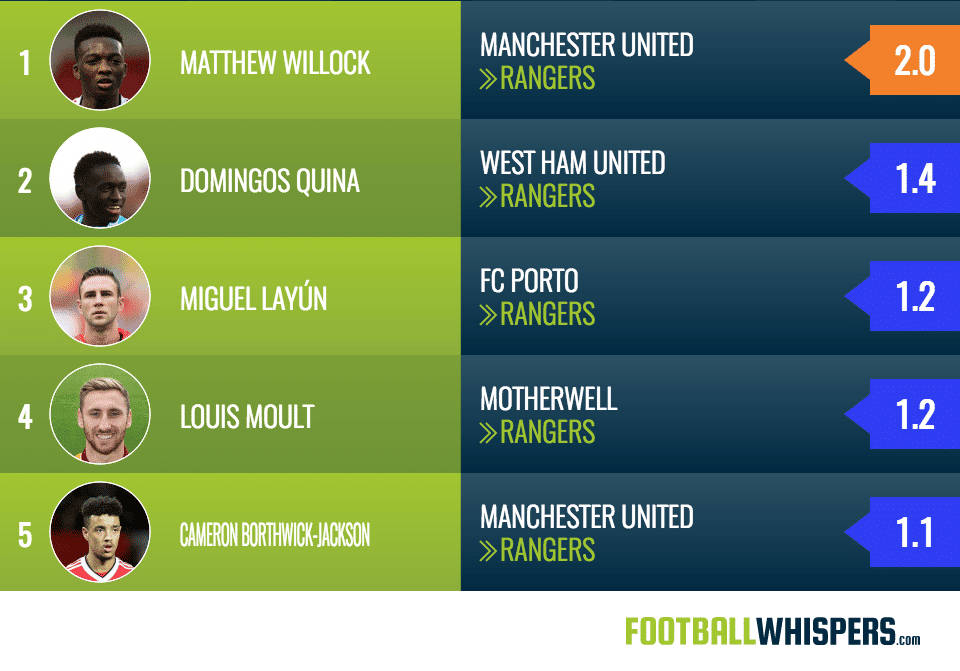 The Manchester United youngster is expected to have a big future in the game, so much so Jose Mourinho called him up to the first-team for the last two home matches of the Premier League season.

Willock has yet to make his full debut for the Red Devils but he has done enough in the youth sides to judged an exciting prospect.

Earlier in the week, we analysed the midfielder's game and it's his physicality, his vision on the ball, his eagerness to break the lines and his determination join attacks which stood out.

Willock would slot straight into the Rangers three-man midfield and offer something different to Jordan Rossiter, Ryan Jack and Niko Kranjcar.

That trio failed in the Europa League game and while Graham Dorrans is an excellent signing, the addition of Willock, who would be eager to impress, would give Rangers an X-Factor in the middle of the park. 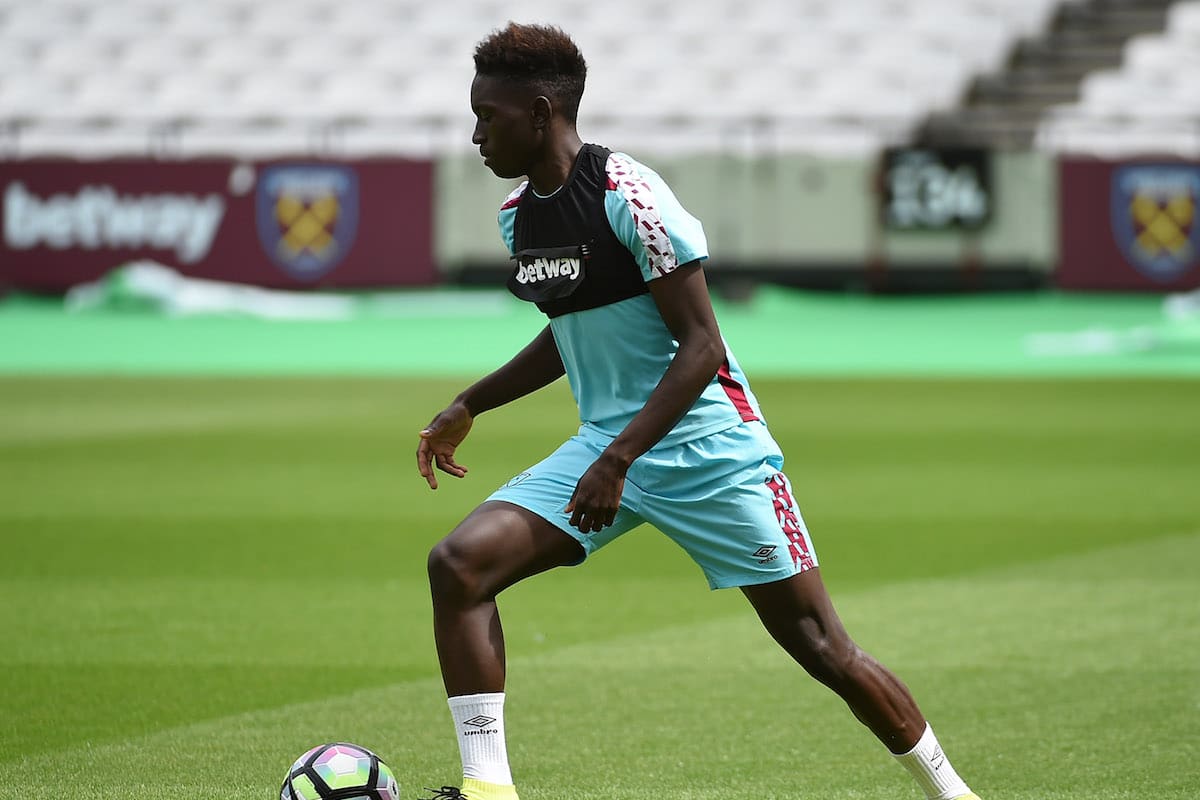 Domingos Quina, who is a reported Arsenal transfer target, has also been linked with a loan move to Ibrox this summer.

The 17-year-old caught the attention of scouts after he produced several stunning performances for Portugal at the Under-19 European Championships in Georgia.

Quina only joined West Ham from Chelsea last summer but did enough for Slaven Bilic to promote him to the first-team squad. He went on to play twice in the UEFA Europa League qualifying campaign.

Playing as a No.10, Quina can dance past opponents with his quick footwork while his blistering pace has caught the eye.

Also, given he is able to play out wide or through the middle, Quina is an all-round gem who Rangers fans would instantly fall in love with.

“He is one of those players that you think if he doesn't make it, then which player will?” Bilic said when asked about Quina’s future.

“He has got everything and it is now down to us and up to him how much he is going to improve and dedicate his life to achieve something that God gave him. There is no doubt he has something exceptional.”

Mark Warburton tried to sign him on loan in January and now, with compatriot Caixinha in charge and the youngster’s place in the Portuguese youth side, it’s a move which could benefit all parties.

This could be a case of Rangers having to decide who is a better fit, Quina or Willock, as signing both would give them too many players in the same position.

It was back in June that Rangers were first linked with a move for FC Porto full-back Layún. It was deemed ambitious given the 29-year-old only signed from Watford last summer for €6million.

And with the Portuguese giants trying to recoup a similar fee for the Mexican defender, according to A Bola, it seems very unlikely the full-back will be arriving at Ibrox any time soon.

Also a Sevilla transfer target, a move to Spain would make a lot more sense for Layun despite Caixinha's attempts to use his knowledge of the Portuguese market to his advantage.

For Rangers, signing the Mexican international always felt like a step too far, sadly. Rangers could still end the summer with a new striker if the links with Motherwell’s Louis Moult are to be believed.

Also an Aberdeen and Leeds United transfer target, the former has reportedly had a £350,000 bid rejected for the 25-year-old.

The Sun suggest Rangers have expressed an interest in the forward but no club has yet to reach Motherwell’s £600,000 valuation.

After scoring 36 goals in two seasons at Fir Park, the striker feels he has upheld his end of the deal and believes the Steelmen should let him leave if the right offer arrives.

“When I signed for Motherwell, they sold the club to me by saying it was a platform to go on and do better things,” the striker said.

“It’s about getting everyone in that mind-set, working that extra bit harder and everyone pulling together, and that’s what I’ve done.

“When I first signed, they said their aim was to sign me and then sell me on to make money for the club as it’s a business.

On paper, it’s a move that would instantly boost the Gers' league chances. He knows how to score goals in Scotland and would take the pressure off Kenny Miller having to lead the line every week.

Now they just must fight off the competition from Leeds and Aberdeen to land his signature.

Just like the situation with Moult, Rangers will face a battle with Leeds if they up their interest in Manchester United youngster Cameron Borthwick-Jackson.

Like Layún, Borthwick-Jackson is most comfortable at left-back. But at 189cm tall, he can also play in the centre of defence and that is the position where Rangers perhaps need the most help.

The 20-year-old has been left out of United’s pre-season plans, which could demonstrate he is available on a permanent deal. If that is the case, it could reduce Rangers' chances of landing the England Under-21 international given the premium put on homegrown players.

A loan deal is what the Glasgow club would be after and the defender, who spent last season on loan at Wolves, would be an ideal addition.

Borthwick-Jackson needs games. He has only played ten times in the Premier League and on six occasions in the Championship.

A full season in Scotland could do him the world of good and with a greater chance of pushing his way into Mourinho’s plans.