Manchester United go into their first Premier League game against West Ham United as one of the favourites for the title.

And they can already gain a three-point advantage over last season’s champions Chelsea after their 3-2 opening-day loss to Burnley.

José Mourinho has brought in Romelu Lukaku and Victor Lindelöf this summer as the Portuguese manager looks to win the title for the first time at Old Trafford.

With that in mind, we’ve picked the five hottest Manchester United transfer rumours right now and analysed the likelihood of each going ahead. 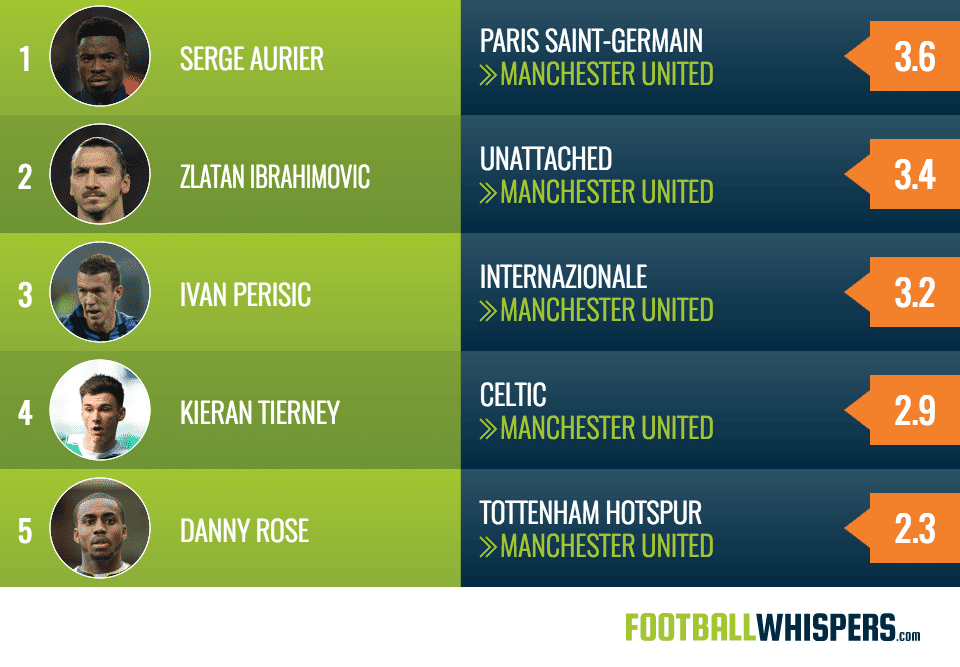 It’s no secret that Serge Aurier is on Mourinho’s wishlist this summer.

While Antonio Valencia impressed in the role last season, the former Chelsea boss is looking to build a physically bigger team at Old Trafford, which you can see with the arrivals of Matić, Lukaku and Lindelöf.

You can tell Valencia has hit the gym, but Aurier is also physically strong and at 24, is considerably younger than the 32-year-old Ecuadorian.

Goal claim the right-back has agreed a five-year deal at Old Trafford, but any signing will be complicated.

The Ivorian will need a work permit and he is currently banned from entering the United Kingdom.

That’s after he was found guilty of assaulting a police officer outside a Paris nightclub and missed Paris Saint-Germain’s Champions League group stage match at Arsenal last season because of that.

He is appealing the decision, and it feels like he is out of favour at PSG after the arrival of Dani Alves.

The French club also have Thomas Meunier at right-back and you would expect them to be happy to sell Aurier in order to continue their big spending this summer.

After arriving last summer, Zlatan Ibrahimović was an undoubted success at Old Trafford.

The former PSG striker signed a one-year deal in July 201 and scored 28 times in 46 games in all competitions before he suffered knee-ligament damage in April.

He was released from the club earlier this summer, but Mourinho admits a return could happen.

“He wants more at football's highest level,” said the United boss. “So we are having conversations and we are discussing the possibility of him staying with us for the second part of the season.”

If Aurier is also a United target, it will be interesting to see him reunited with Ibrahimovic after an infamous Periscope rant last year where the right-back made homophobic slurs against the striker and former boss Laurent Blanc.

And his No.9 shirt has already gone too – Lukaku is the man who is wearing it this season.

But it feels like Ibrahimović has unfinished business at Old Trafford, and you expect the Swede is desperate to form part of a potential title-winning team in England.

A move for the 28-year-old seemed to be dead, but according to the Mirror, the deal could be back on.

Ed Woodward has reportedly reopened talks with the Croatia international’s agent Fali Ramadani in a bid to resurrect the transfer.

The Red Devils have already had two offers for the player rejected, but it is believed that Woodward is now close to meeting the Serie A giants' £48million asking price.

The report claims the deal could be complicated by potential Barcelona interest should they fail to sign Philippe Coutinho, but after his transfer request yesterday, it must be assumed that deal isn’t far off. 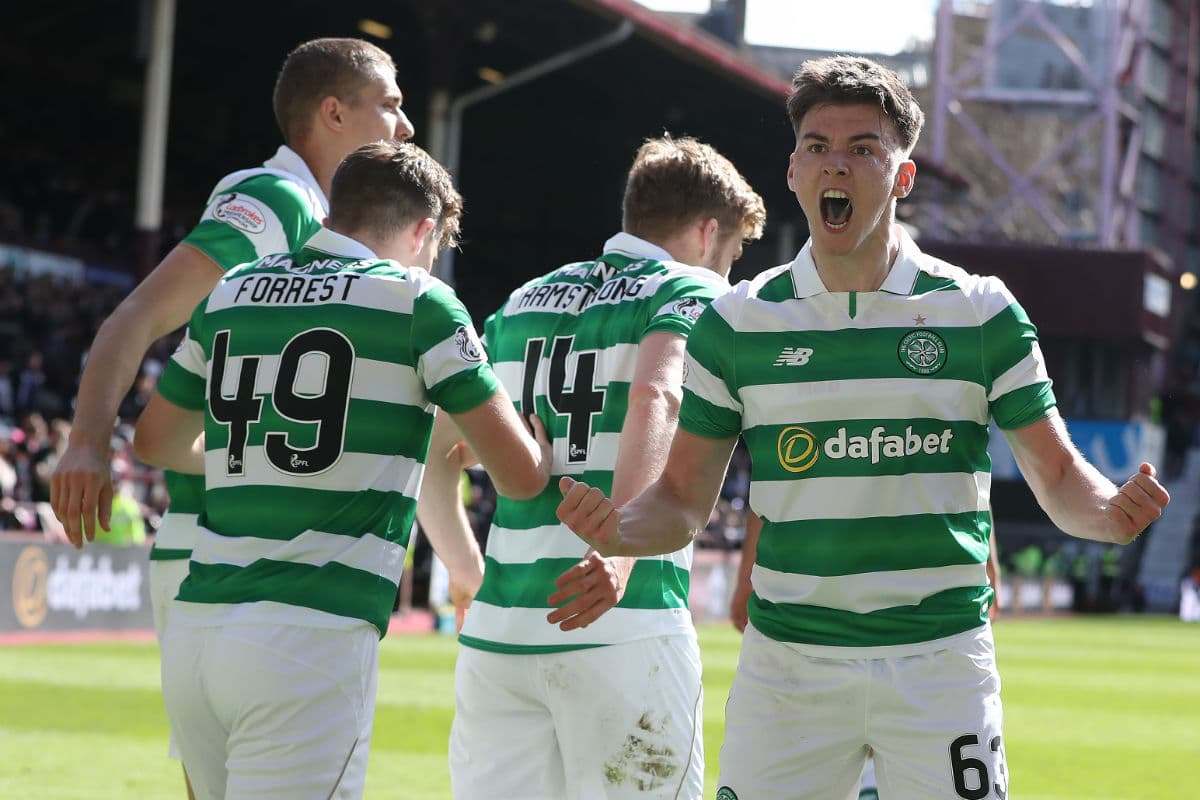 With Mourinho and Luke Shaw having a fractious relationship, it’s no surprise to see United linked with a left-back. And Kieran Tierney is one of the brightest prospects around.

The 20-year-old Celtic man was a vital part of his side’s unbeaten domestic campaign last season and this time out, he’s started in style, scoring a wonder strike against Kilmarnock.

His current boss Brendan Rodgers hopes he’ll stay but has fuelled transfer talk after admitting he could eventually leave.

The former Liverpool manager said: “I’m not worried, but I wouldn’t be surprised. He loves being here, he knows he’s developing. He’s a sensible boy and he’s developing into a top-class young player.

“I don’t get a sense from him other than he’s in a good place, in a happy place. He genuinely loves playing for the club. There are very few players like that nowadays.

“Players love football but they don’t necessarily love the club. Kieran Tierney loves football – and he loves Celtic. With so much potential there is always a danger that his head will be turned, but we will cross that bridge when it comes to it.”

After Danny Rose’s controversial midweek interview and the Shaw situation at Manchester United, it’s been no surprise to see him linked with United, especially when he said he would like to play in the north of England.

Mourinho has come out and said he had nothing to do with Rose’s comments though.

“I just read it the way you did, I just read but Danny Rose is a Spurs player and it is not my problem at all.”

You would imagine Tottenham Hotspur supremo Daniel Levy would be reluctant to sell, hence the lower score than the other whispers on our Index.

But if he does join, Football Whispers’ Ryan Baldi has looked at the impact Rose could have at Old Trafford.