Chelsea are the current English champions, but you wouldn’t believe it looking at the furore surrounding the Blues' start to the season and the pending end of the transfer window.

Antonio Conte is linked with a move away from Stamford Bridge, but he is still trying to bring in three of four players before the end of the window.

There seems to be conflict of interests in terms of what the manager wants and what the board think is a valuable deal.

With that in mind, we’ve picked the five hottest Chelsea transfer rumours right now and analysed the likelihood of each going ahead. 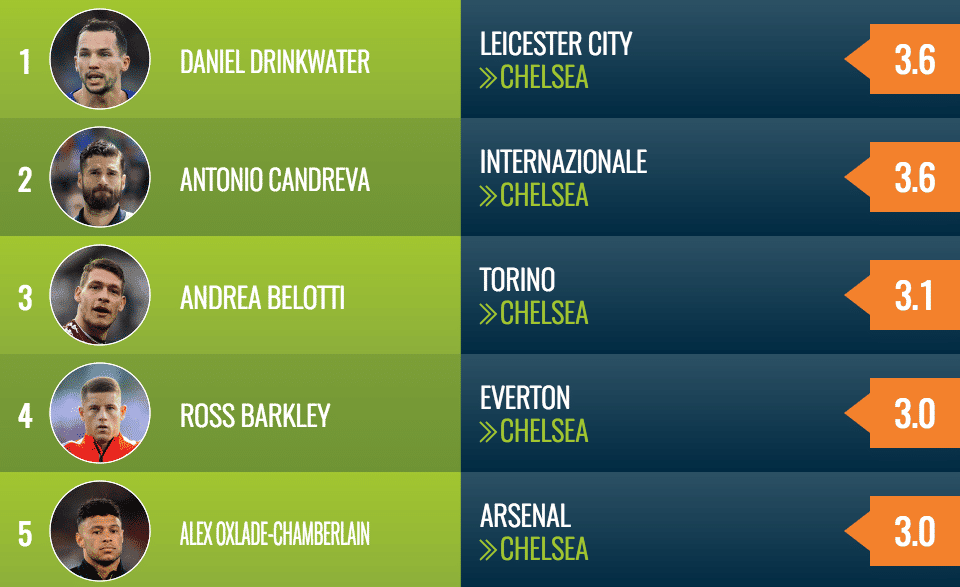 It seemed like a left-field suggestion to begin with, but Leicester City’s central midfielder Danny Drinkwater is a major target for the London club this summer.

The 27-year-old is valued at around £40million by the Foxes say The Sun, but he has no buyout clause so they are able to hold out for the biggest possible fee.

Drinkwater would challenge new signing Tiemoué Bakayoko for a place in the Chelsea midfield, but as Conte showed against Spurs that he is happy to move to three through the middle, which would see him start beside the French duo.

The England international would fit what the Italian boss is looking for.

Gazzetta dello Sport report that officials from Inter Milan will travel to Monaco this week, not for the star-studded UEFA Champions League draw – they didn’t qualify – but to be in the same room as Europe’s movers and shakers.

Both Walter Sabatini and Piero Ausilio could use this is a platform to get a deal over the line with the Blues.

Conte is supposedly a big fan, and the Italian – who contributed to 17 goals in Serie A last term – would give Chelsea another option on the wing. 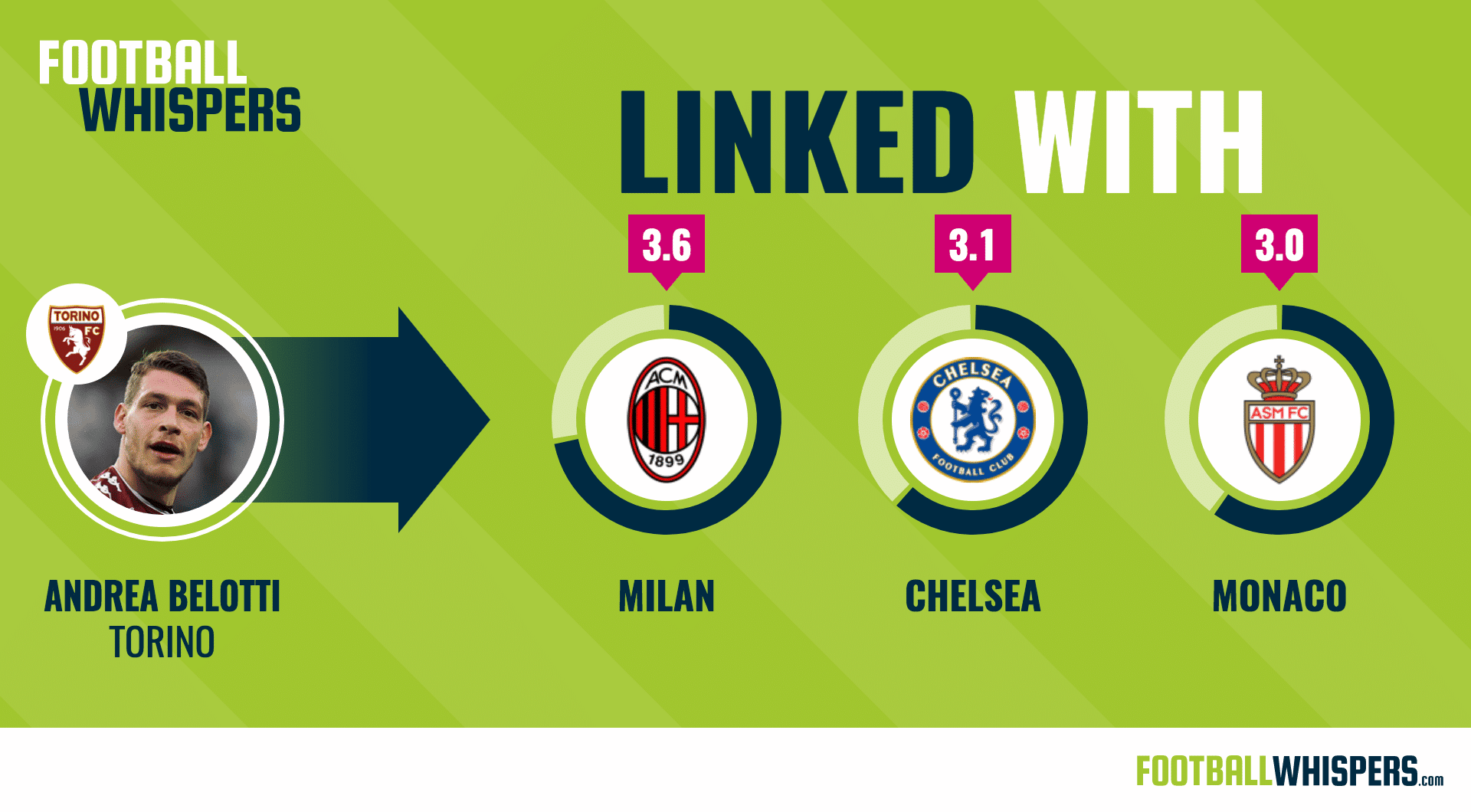 If Diego Costa does leave Stamford Bridge this summer, Conte will want a replacement through the door.

Álvaro Morata joined from Real Madrid, but to go through the season with just the Spaniard and Michy Batshuayi as the recognised strikers would be a risk.

Andrea Belotti is still available and a player Conte rates, but now according to reports in Italy, Monaco, worried about the departure of Kylian Mbappé, are apparently interested.

Chelsea have had reportedly three bids rejected. With the teenager gone, the Monegasque side would have no problem meeting Torino's £91million release clause.

Still a Tottenham Hotspur transfer target, Mauricio Pochettino’s side are still the favourites to land Ross Barkley this summer, but if Conte and Chelsea want to make a move, a simple contract of £100,000-a-week could trump anything Spurs could offer.

Both clubs could easily handle the transfer fee, £50million was Everton's starting price, but according to reports, Spurs believe they can land the England international for as little as half that fee.

The club are looking for a central midfielder and a wide man, but Barkley, similar to what Alex Oxlade-Chamberlain would bring, could do both jobs very well.

Although not as defensive as Drinkwater, he has the physicality to play through the middle in the Premier League.

Oxlade-Chamberlain, just like Barkley, is in the last year of his contract, but Arsenal are holding out for around £35million. Which player they land could come down to the amount of money they have to spend.

As mentioned above, Chelsea are still interested in the talents of Arsenal midfielder Oxlade-Chamberlain.

The 23-year-old’s contract at the Emirates runs out in 2018, but the Gunners seem in no rush to let him leave this summer.

The Blues are looking to prepare a £35million bid for the England international, but Arsène Wenger, after the player’s impressive start to the season, may try and hold on to him say The Guardian.

So far he has been unwilling to sign a new deal worth £150,000-a-week, but he could stay at the North London club this term and see out his deal, making it possible to land a more lucrative contract next summer.

Conte will see him as an ideal signing. The player wants to play more through the middle and with Chelsea targeting Drinkwater, and showing at Wembley they can play 3-5-2 with three central midfielders, this is where he could get his shot.

Oxlade-Chamberlain would also be an option down the right to cover for Victor Moses and in attack if the Italian boss went back to 3-4-3.

That versatility can be priceless, well, £35million worth, to be precise.