Celtic are hoping to build upon an outstanding 2016/17 campaign in which they went unbeaten in domestic action, winning a treble in the process. Now the aim is to hold off rivals Rangers while progressing in Europe.

However, Celtic are not done yet if reports are to be believed. Here, we analyse five of their top targets, with each rumour’s rating based on the Football Whispers index. 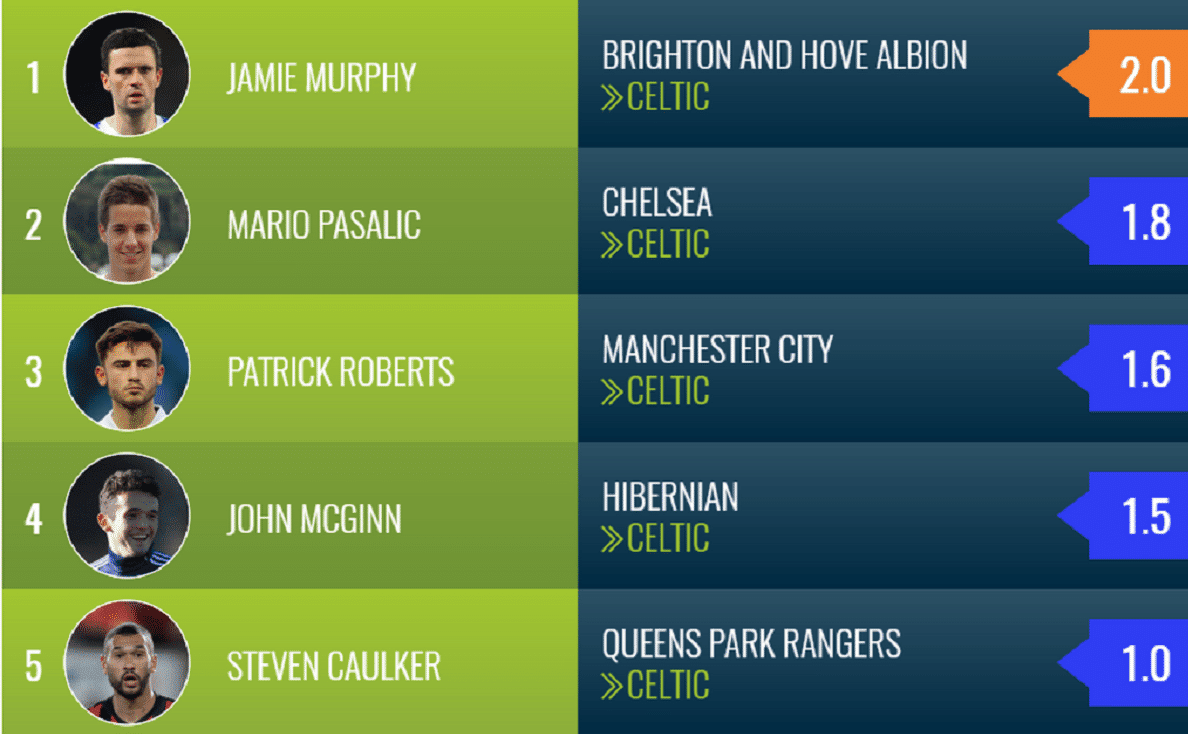 While he is a familiar name to many a Celtic fan thanks to his performances in the Scottish Premiership while at Motherwell, whose youth system he came through, Murphy’s link to the champions is a surprising one.

Brendan Rodgers already had a couple of creative and attack-minded wide men in Scott Sinclair and James Forrest going into this summer’s window, and he has added to that with the signing of Hayes. Considering others, such as Benyu, Tom Rogic and Stuart Armstrong, can also operate on the wings, this area doesn’t seem a priority on paper.

However, Sky Sports have reported that Murphy could be the latest natural winger to join Celtic.

The 27-year-old fell down the pecking order at Brighton and Hove Albion last season, finding himself coming off the substitutes’ bench more than previously. As a result, his statistics went down.

Compared to 2015/16, he completed fewer dribbles and key passes on average, while he also attempted fewer shots per game. He was generally less productive in the final third, scoring and assisting for fewer goals.

With a £4million valuation, Murphy would be a relatively expensive addition for a Celtic side not desperately in need of extra width. And, considering he is also said to be a target for Fulham, Sunderland and Rangers, he can be expected to end up going elsewhere this summer.

Antonio Conte’s 3-4-2-1 system may have worked wonders for Chelsea last season, but it also limited the amount of central midfield places available within the starting line-up. This was bad news for Pašalić, who spent the campaign on loan at Italian giants AC Milan, where he played regularly.

The Croatian box-to-boxer didn’t necessarily enjoy inspired form while in Serie A, but he is said to be closing in on a new deal with the Premier League champions nonetheless. Despite this, he is highly likely to go out on loan for the duration of 2017/18.

Celtic have been linked in recent weeks, and Pašalić would undoubtedly add to their central midfield options. However, the latest rumours suggest he will be heading to Spanish outfit Real Betis instead. 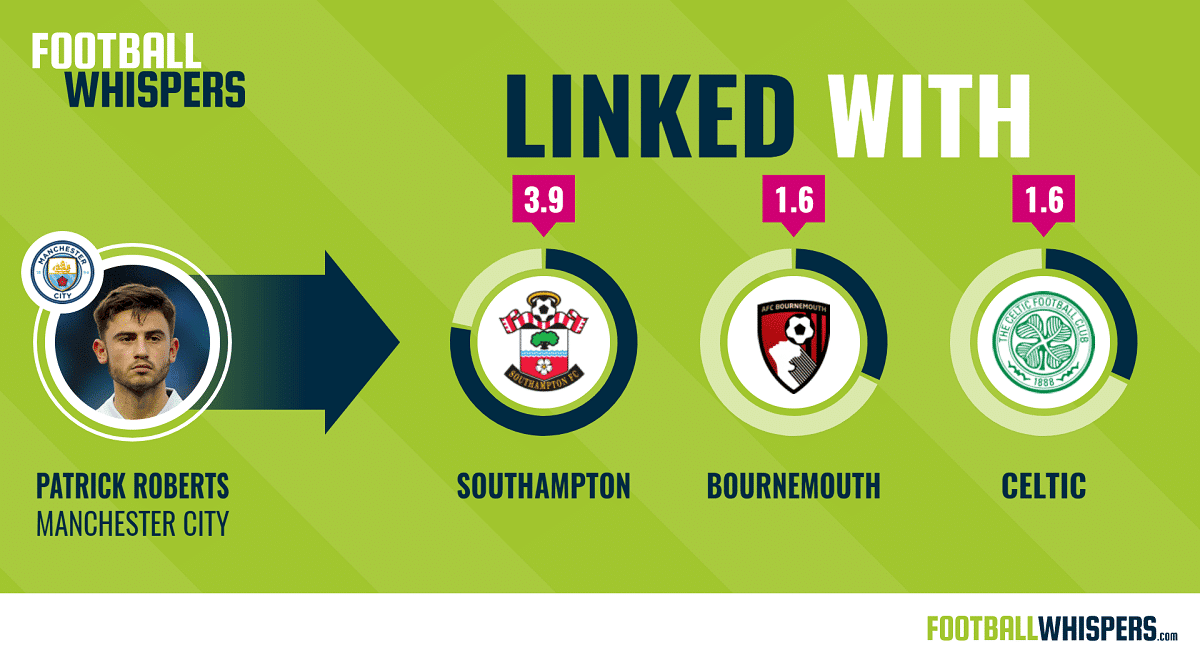 Having thrived during an 18-month loan spell in Scotland, Roberts left Celtic and returned to Manchester City with the hope of convincing Pep Guardiola that he is worth a place in the Premier League side’s squad next season.

The young winger has been taken on the club’s tour of the USA and played in the recent friendly defeat to Manchester United, nutmegging Daley Blind sensationally during his time on the pitch.

Roberts has been linked with multiple Premier League clubs, including Swansea City and Southampton, though he did recently ‘like’ a tweet asking him to ‘come home’ – presumably to Celtic. He later undid the action, which about summed up the current state of confusion regarding his future.

McGinn is one of the most talented young players in Scottish football right now.

He helped Hibernian back into the Premiership and his dynamic displays have earned international recognition in the form of three senior caps for his country.

Celtic have long been reportedly interested in the 22-year-old, but Hibs boss Neil Lennon has openly stated that it would take a huge offer to force a deal to go through.

“I can’t guarantee it but he’s not for sale. It’s going to take a huge bid from any club to take John away from us, £4-5 million. He’s still got a bit to do but already he is a quality player. He’s a Scottish international.”

While the player is unquestionably at a high level, Celtic may wait to see how McGinn performs back in the top tier before considering such a bid.

Following reports linking Caulker with a move to Celtic, where he would reunite with former manager Rodgers and former team-mate Sinclair, rumours circulated on social media suggesting the defender was in Glasgow for a medical ahead of signing a one-year deal with the club.

However, in recent days these rumours have died down.

Caulker, with his Premier League experience and combination of composed ball-playing and solid defending, would be a strong addition to Rodgers’ centre-back options. If Celtic do reignite their interest, he could fit in nicely at the heart of their back line.