Celtic moved one step closer to qualification for the Champions League proper with a 2-0 second qualifying round first leg victory over Linfield. The win, as well as the two crucial away goals, means the Scottish champions can expect to progress to the next stage.

In pursuit of a place in the continent’s elite club competition, Brendan Rodgers’ squad has been reinforced this summer.

But Celtic’s transfer activity in this window is unlikely to end there, as a number of other players have been linked with moves to Parkhead. Using our Football Whispers Index, which scores rumours out of five, we’ve analysed the top five potential additions. 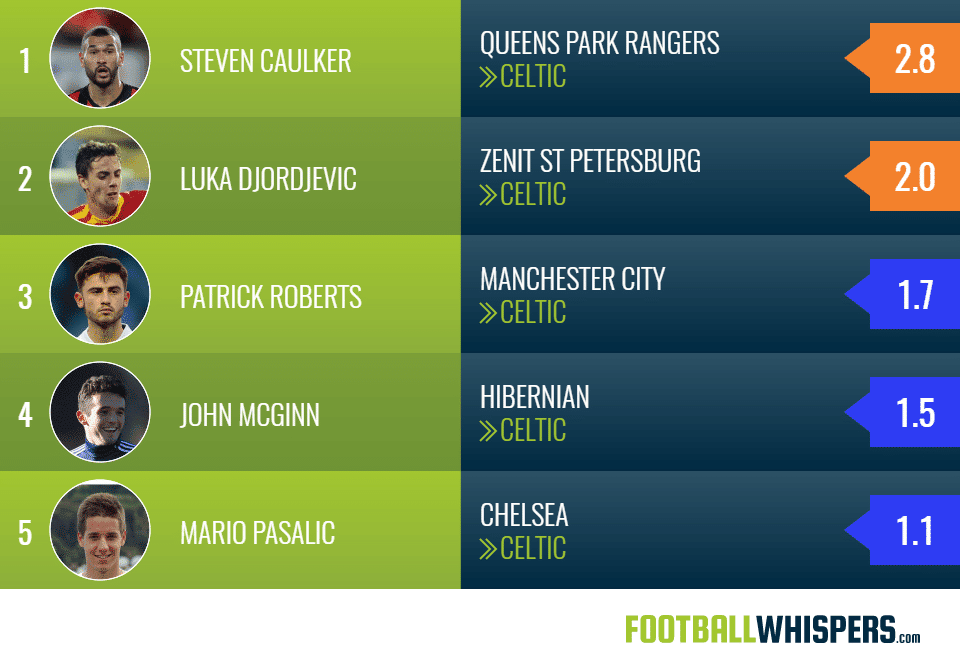 Rodgers has enjoyed great success resurrecting the stalled careers of his former charges at Celtic.

His signing of former Swansea City star Scott Sinclair last summer turned out to be arguably the best piece of transfer business conducted in Scottish football throughout 2016/17, and a similar move for Caulker could be on the cards.

The former Tottenham Hotspur centre-back thrived under Rodgers’ auspices during their time together at the Liberty Stadium in 2011/12, but he has struggled to kick on since. He has turned out for four different clubs in the past five years, including two loan spells, and has yet to fulfil his early promise.

Caulker has been candid about his struggles with alcohol, gambling and depression recently and is looking to revive his career. Celtic could be the ideal place for the once capped England international to do just that.

The 25-year-old’s former – and perhaps future – team-mate Sinclair was positive when discussing the rumour, saying: “Steven would be a great signing for us. This would be a great club for him to be at…If he every spoke to me about it, I’d tell him it’s the best place to be.”

The Daily Mirror have reported that Caulker’s desire to turn his fortunes around has alerted Rodgers, and the player would undoubtedly bolster Celtic’s defence.

Recent reports state that Celtic could give Đorđević a trial as the forward looks to get more regular game time.

The Montenegro international has struggled to find form during five years in Russia with Zenit Saint Petersburg and was sent out on loan to Ponferradina in the Spanish third tier last season. However, during his time there he scored just three goals in 24 outings.

Đorđević has also had fruitless loan spells in the Netherlands with Twente and in Italy with Sampdoria, and while he is just 23 years of age he is running out of time to find success at the highest level.

Last month it was reported that Celtic were among 12 clubs looking to sign Roberts. With such intense competition, a deal for the tricky young winger is anything but certain.

The 20-year-old made the most of 18 positive months while on loan at Parkhead. During his time playing for the club he thrilled with his quick feet, close control and silky skills. Ultimately, he scored 17 goals in 60 appearances across all competitions before returning to Manchester City.

It remains to be seen if Roberts will be a City player come the start of the 2017/18 Premier League campaign. Skybet slashed odds on the winger joining Celtic on a permanent basis, however the recent reports that he will join Pep Guardiola and Co. for their tour of the USA suggest otherwise.

Ipswich Town were said to be seriously interested in signing McGinn on the back of the 22-year-old’s excellent promotion-winning season with Hibernian, but a deal does not look on the cards.

First reports came that the English Championship club had had a bid for the player turned down; then manager Mick McCarthy stated he was unaware that a bid had been lodged in the first place. This would seem to clear the way for Celtic to make a move.

Rodgers is known to be an admirer of McGinn’s talents and the dynamic, combative central midfielder would be a sound addition to the Scottish champions’ ranks. However, Hibernian boss Neil Lennon has said, rather emphatically, that: “John McGinn will not be sold.”

Earlier this month it was reported that Celtic would do battle with Leeds United for the signing of the Chelsea midfielder, who spent last season on loan with AC Milan. However, more recent reports suggest the player could soon return to Serie A. 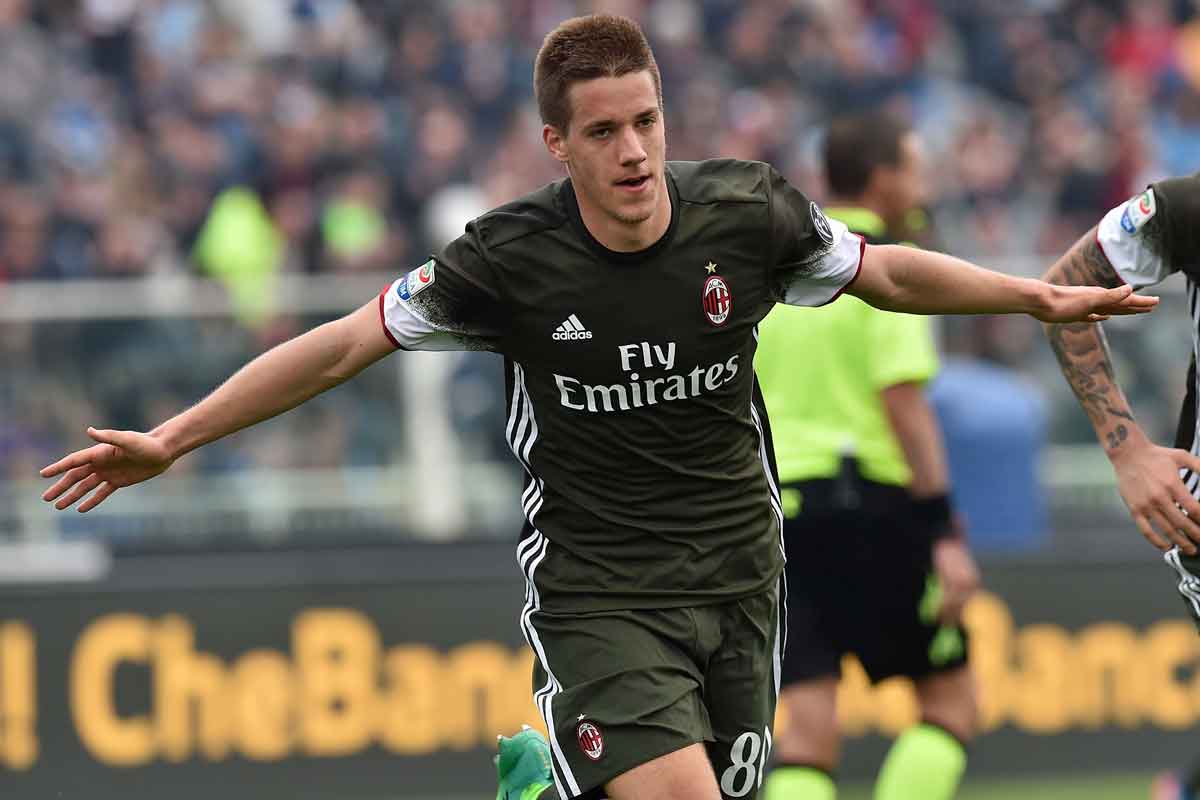 Italian outlet Gazzetta dello Sport report that the 22-year-old Croatian is set to join Lazio on a loan deal with an option for a permanent transfer.

The latest rumours indicate that Celtic may miss out on Pašalić, though having already added Ntcham to their midfield this may not be an issue.