Celtic’s unbeaten record in domestic football is currently at 53 games after Callum McGregor rescued a point for the Hoops against St. Johnstone yesterday.

Despite their dominance in Scotland, it’s clear that Brendan Rodgers would like a few new faces.

And chief executive Peter Lawwell admits the squad isn’t complete, and believes them being in the Champions League group stage again will help attract new players.

He said: “We bring players in, develop them and give them the Champions League stage.

“If they want to stay, fantastic. But there is also an opportunity to go.

“Both in terms of attracting players and retaining players, the Champions League is where people want to play.

“There are another couple of players we’d like to bring in and hopefully we can get them over the line.”

With that in mind, we’ve picked the five hottest Celtic transfer rumours right now and analysed the likelihood of each going ahead. 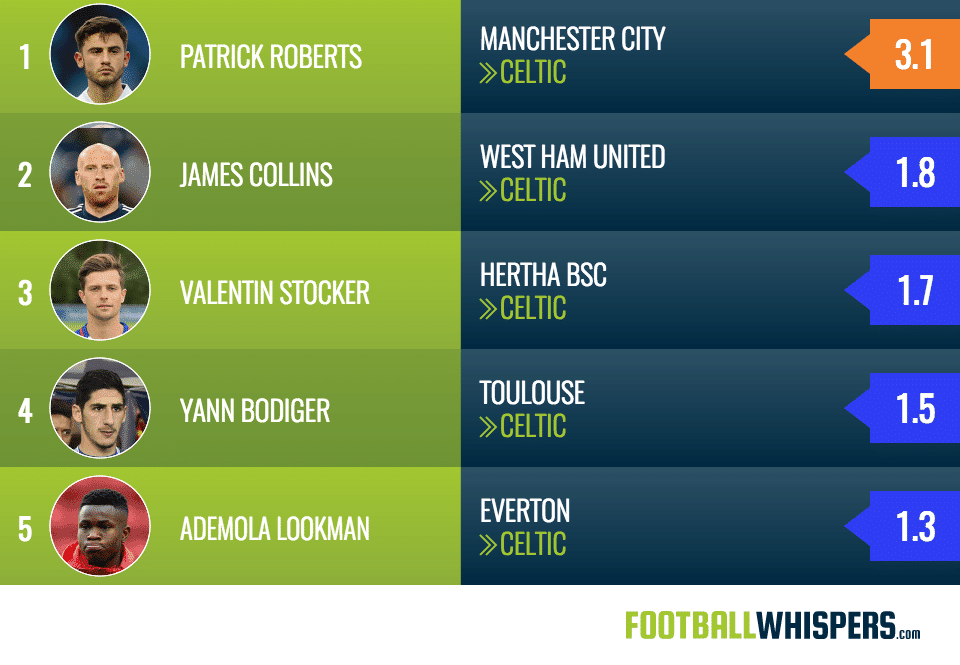 Patrick Roberts spent a hugely successful 18 months on loan at Celtic, making 60 appearances and scoring 17 goals for the Bhoys after joining on loan from Manchester City in January 2016.

He was a crucial part of the team that completed an unbeaten season which culminated in a domestic treble.

The 20-year-old has returned to City but doesn’t appear to be part of Pep Guardiola’s plans at the Etihad and is yet to feature for the Premier League side this season.

It is clear that Celtic want to bring him back to Scotland, with Lawwell saying: “We are making progress with Patrick Roberts.

“There is nothing certain and we are respecting Man City’s position.”

Despite Roberts being subject of reports that Celtic is his most likely destination.

But nine days ago, BBC Scotland said Celtic would complete the move within a week, and that deadline has now passed, so there must be something holding up the transfer.

Yet, all the noise coming from Celtic Park implies they club are confident of a return for the England youth international – surely Lawwell wouldn’t be speaking about him if he didn’t believe he was on his way.

Celtic are definitely looking for a centre-back.

Midfielder Nir Bitton has been deputising as a defender due to selection woes for Rodgers.

The 25-year-old Israeli’s performances have come in for criticism, something the Celtic boss doesn’t accept.

“I saw one report about it [fielding Bitton against Astana] being a £30m risk – you could argue it was totally the opposite,” he said.

“If we didn't have Nir Bitton, we might not have been in the Champions League.

“I didn't hear many people saying he stepped out of defence and made the pass that created the goal for Leigh Griffiths, or at Rosenborg when he came in and was fantastic, and in the home games. So guys like Nir Bitton were critical for us.

“It's as a team we need to defend better at that level, of course, and that's something we'll always strive to do.”

But with Rodgers admitting he has to defend better, he was chasing Rivaldo Coetzee.

The 20-year-old Ajax Cape Town defender was expected to join the Scottish champions within the next few days, but he failed a medical.

That will probably lead Celtic to look elsewhere, with James Collins tipped as a decent shout by HITC.

When Winston Reid is fit, the 34-year-old would not be likely to feature for West Ham United, but with the Hammers leaking goals, if they can’t bring anyone in, you would be surprise if he left – and that is why the whisper is at just 1.8 on our index.

Given Valentin Stocker is yet to feature for Hertha Berlin this season, there’s been a lot of speculation about his future in Germany.

The 28-year-old Swiss midfielder has made 65 league appearances, scoring 19 goals for the Germans since arriving from Basel in 2014.

According to Berliner Kurier, Celtic are interested in Stocker.

Going into next summer’s World Cup, the winger is wary of being at a side where he doesn’t play and is thought to be attracted by the Champions League.

You would imagine it’s unlikely for Celtic to sign both Stocker and Roberts, but the Swiss international could be an option should the move for the Man City man fall through.

Yann Bodiger was a Celtic transfer target earlier this month, according to Yahoo France.

But there has not been much talk about the 22-year-old joining Celtic from Scotland.

The defensive midfielder has more than 60 Ligue 1 appearances under this belt after making his debut for Toulouse in 2014.

But having already brought in the likes of Olivier Ntcham and Kundai Benyu this summer, and with Eboue Kouassi and Liam Henderson already at the club, young midfielders aren't exactly something Rodgers is lacking at Celtic Park and that’s why the rating is low on our FW index. 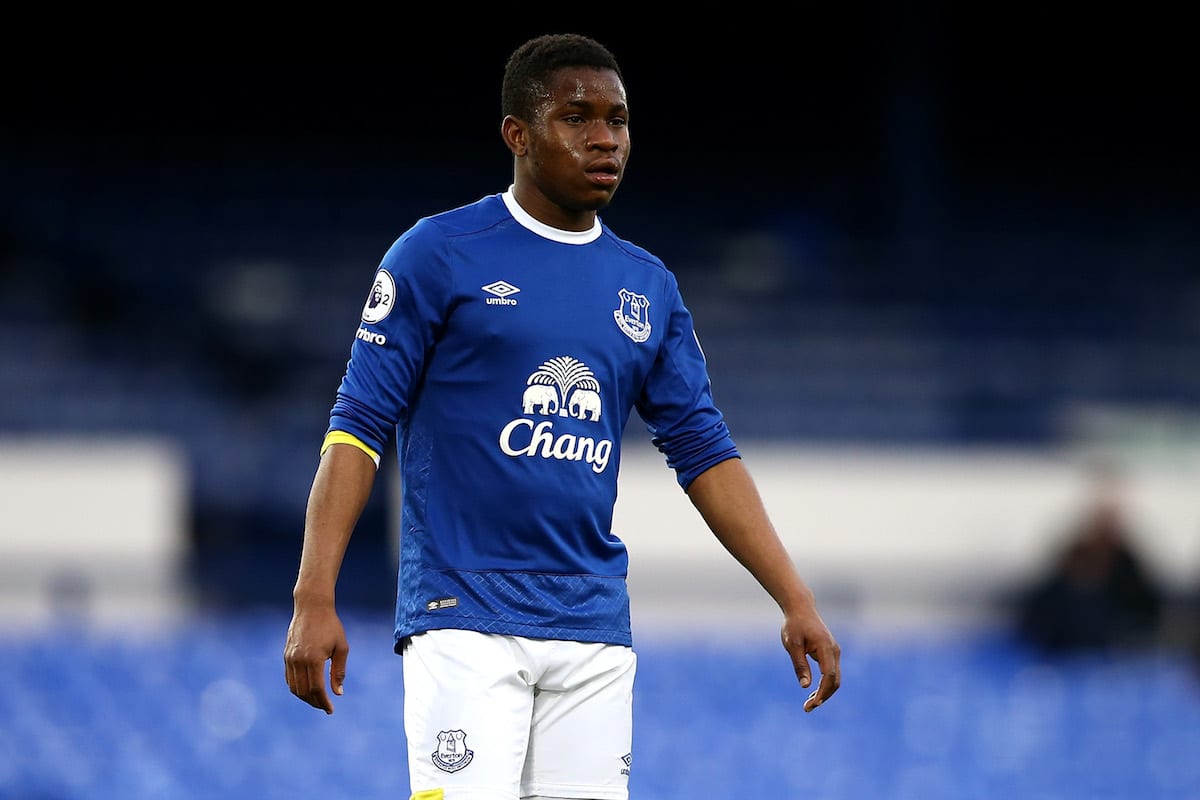 Before Ademola Lookman joined Everton, he was subject of transfer links to Celtic.

The 19-year-old is yet to feature in the league for Ronald Koeman this season, and the Daily Mail suggests he is willing to let him leave on loan.

Having only arrived at Goodison Park in January, there is no chance of the Toffees letting him move permanently, but a loan move could see him get Champions League football under his belt, something Everton couldn’t offer him – matching the sort of player Lawwell mentioned at targeting above.

But, the low score here underlines how Roberts is a much more likely target than the teenager.