Celtic could not have had a better domestic season last term, completing a historic treble and going unbeaten throughout the league campaign.

So far this summer, they have brought in Jonny Hayes, Kundai Benyu and Olivier Ntcham from Aberdeen, Ipswich Town and Manchester City respectively.

But with Moussa Dembélé out injured until September, Brendan Rodgers’ side could still do with a few more reinforcements.

They will also need a few more fresh faces if they want to properly compete in Europe this season – if they get past Rosenborg that is.

We’ve analysed the top five Celtic whispers on our index at the moment. 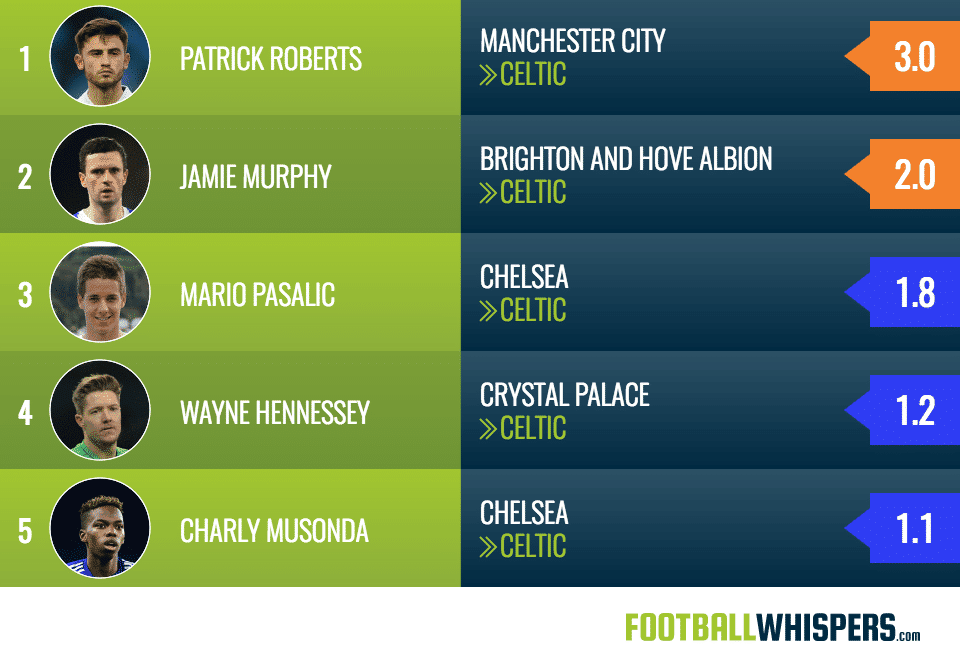 Patrick Roberts shone at Celtic last season, in the second year of his loan spell from Manchester City.

He is currently with Pep Guardiola’s side on their pre-season tour of America, but that doesn’t mean Rodgers doesn’t want him back.

“It's something we would look at,” he said. “Pat would be amazing for here. I think everyone could see that.

“But it all goes down to, one, Manchester City and how they see his future there.

“He has gone away on tour with them and got some game time. They will make a decision after that.”

And with Roberts remaining on the bench for City’s 3-0 win over Tottenham Hotspur at the weekend, despite Guardiola making ten substitutions, there is a glimmer of hope that they may not see a future for him at the Etihad.

Like Roberts, the 27-year-old is a winger, and it’s probably no surprise to see him linked with Celtic, purely because he’s Scottish.

He played 35 times for the Seagulls in their promotion-winning season, but has no Premier League experience.

Earlier this month, he was named as a Celtic transfer target, with Sky Sports saying Rangers, Fulham and Sunderland were also interested in the £4million-rated midfielder.

Also this month, he was talking up football north of the border, which could be a clue to where his future lies.

The former Motherwell man said: “Sometimes I get a little ribbing off the boys about Scottish football.

“I’m always the first to stick up for it, because I’ve played there and I know how big the big teams are, bigger than some in the Premier League.”

At the beginning of the month, Chelsea youngster Mario Pašalić was linked with a move to Celtic.

But talk has since gone a bit quiet, and that is reflected in the 1.8 score. Perhaps with the signing of Ntcham, Rodgers feels he is covered in that area.

You would expect Chelsea to look to move Pašalić on though, as he isn’t getting past Tiemoué Bakayoko, Cesc Fàbregas or N’Golo Kanté in the Blues’ midfield. So it could be a move that is revisited before the end of the transfer window.

Competition is never a bad thing, and although Craig Gordon is the clear first choice in goal for Celtic, having someone who could compete with him for the No.1 jersey could help take his performances to the next level. And if it didn’t, there would then be someone ready to take his place.

Wayne Hennessey has been tipped as a possible solution to this by HITC, given the Welshman has just 12 months remaining on his contract at Crystal Palace.

The 30-year-old saw off Steve Mandanda at Selhurst Park last season in an impressive season.

And with just 12 months remaining on his contract with the Eagles, the Hoops could secure themselves a bargain if the Welsh cap fails to agree terms on a new deal with his current club this summer – you would imagine the Palace hierarchy would rather get a fee for him than lose him on a free transfer.

Yet, the 1.2 rating is very low on our index, and suggests any such move is merely speculation at the moment, rather than there being anything concrete in it. 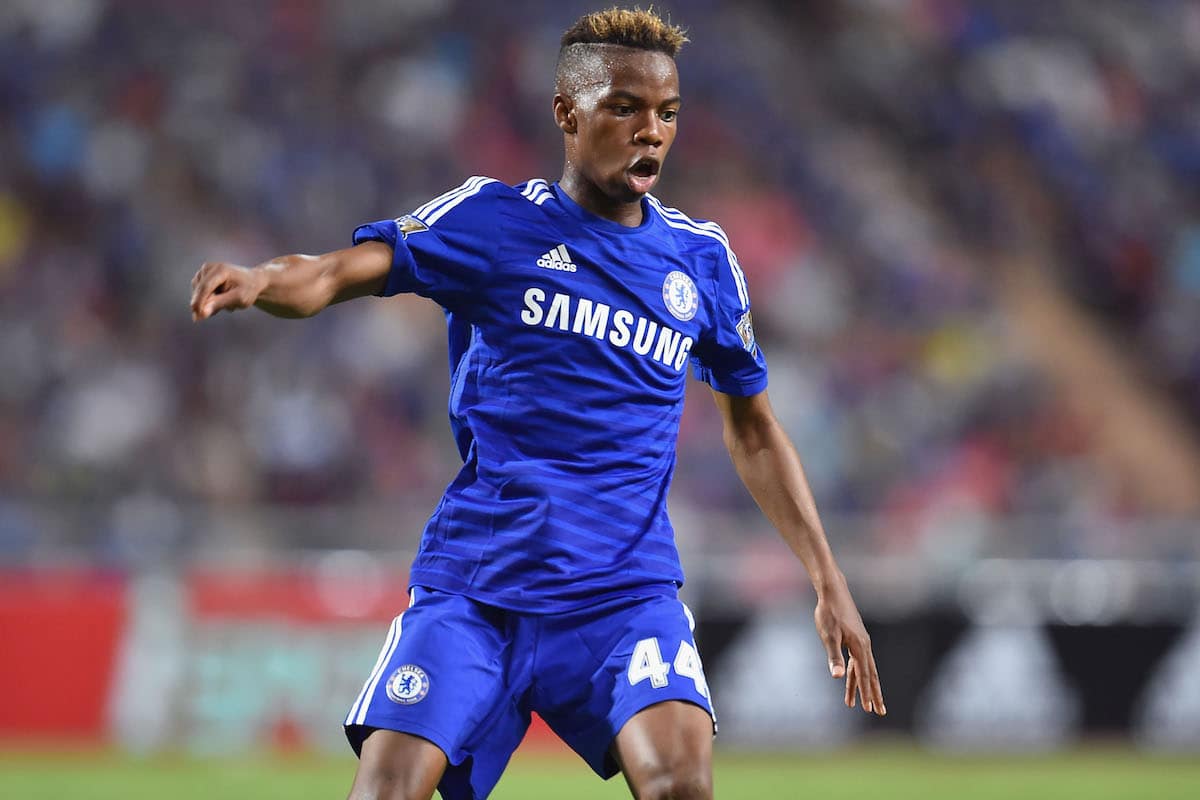 Another player low on our index, Charly Musonda was linked with Celtic at the beginning of the month.

There was definitely interest there, though, with his brother Lamisha posting on Instagram: “Celtic’s interest is flattering.”

But he then shut down talk of a deal, adding: “Charly’s a Chelsea player and is focused on Chelsea.”

That was at the start of pre-season and Musonda has got game time during the Blues’ pre-season tour of Asia.

Antonio Conte has been assessing his squad, and there have been players who have since left on loan, despite originally forming part of his plans, like Tomas Kalas, who has headed to Fulham.

Perhaps, Conte will decide the best thing for the Belgian’s development is to go out on a temporary move away from the club again.

Celtic are unlikely to be able to fund deals for Roberts and Musonda, but if the deal for the Manchester City man falls through, they could switch their attention to the talented 20-year-old.