There are just two hours of transfer deadline day remaining but several deals are still in the pipeline and there are plenty of whispers out there.

With the end of the window in sight, Fernando Llorente is set to join Tottenham Hotspur from Swansea City while ex-Arsenal and Barcelona enforcer Alex Song is close to a switch to Birmingham City. 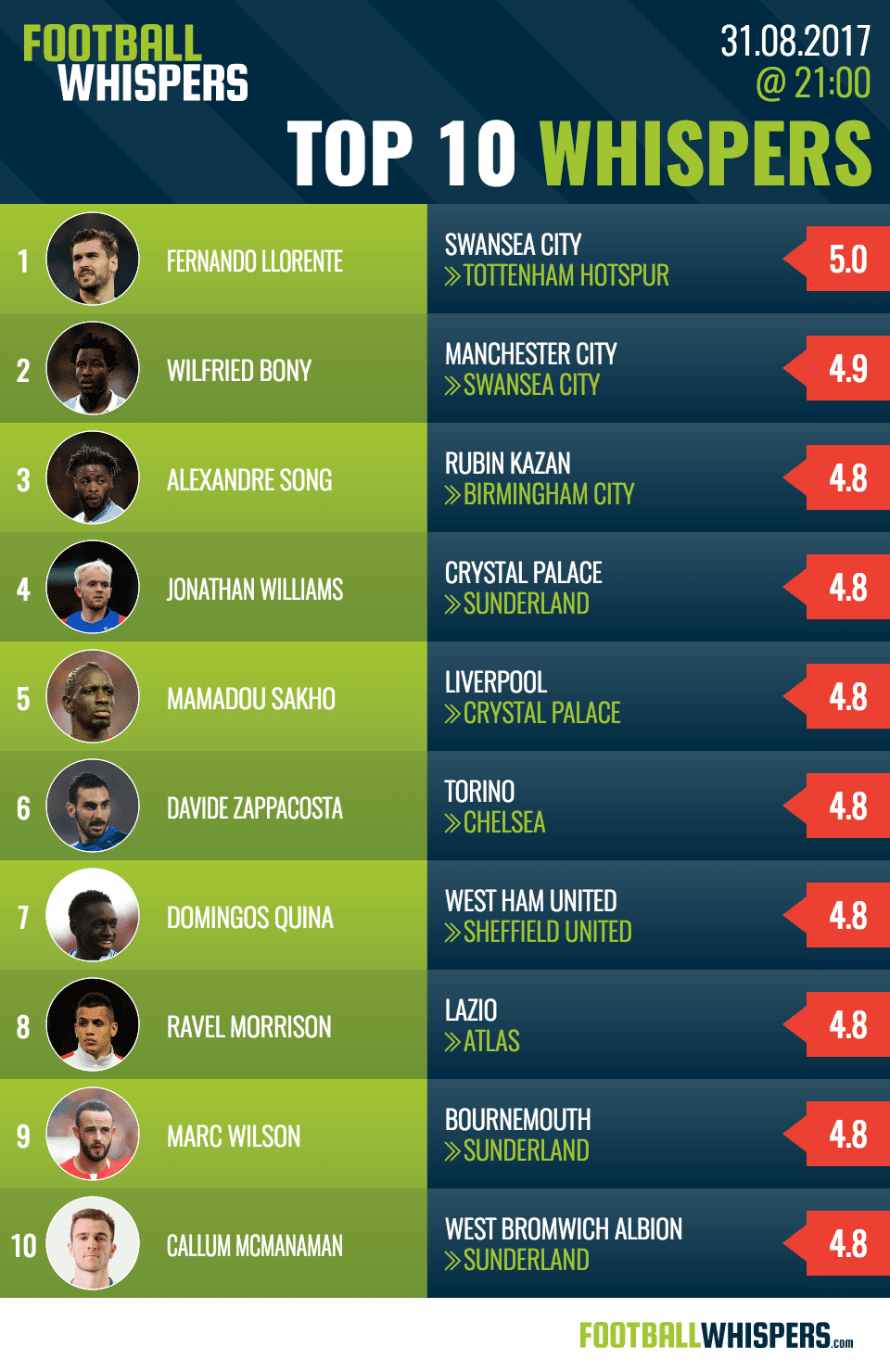