Who is the best…? In football, this is a debate that will run forever. Different positions, criteria, eras – you are never going to get everyone to agree on a single answer.

Pele or Maradona, Messi or Ronaldo, Batman or Superman, the lists are endless.

Here at Football Whispers, we are trying to add some science to the debate and in order to try and decide who is the best, rather than opinion, we've turned to data.

Forward is such a generic term in the modern game, so first up, we’ve tried to pick out Europe’s greatest ‘out-and-out’ striker.

There is still debate in what that includes, but this is not just target-men. Sergio Agüero, Luis Suárez and Antoine Griezmann are forwards who like to move around the pitch, but when push comes to shove, they are strikers of the modern-era.

Before anyone asks, players like Lionel Messi, Cristiano Ronaldo and Eden Hazard have not been included in the analysis as more often than not, they don't play in a central attacking position, even if they end up there due to their team's fluid system.

As the great Bill Shankly once said: “Form is temporary, class is permanent”. So in order to add some weight to this argument, we’ve taken the strikers' statistics from the last three league campaigns, meaning there are no one-season-wonders, and the players must have shown a level of consistency.

All statistics have been compiled using the ‘per 90 minutes’ function on WhoScored.com, which takes away the disparity of if someone has played 20 or 40 games in a season.

To work out who is the best striker, we’ve analysed goals, shots on target, key passes, aerial challenges won and dribbles completed – all per 90 minutes – plus their conversion rate.

Each area is calculated by importance to their position, with more weight given to goals, shots and their ability to convert so not to give an advantage to a player with a specific style.

The higher you are in each category, the better your score, with the average calculated to create the final standings.

Top marksmen like Gonzalo Higuaín, Pierre-Emerick Aubameyang, Andrea Belotti and Mauro Icardi just miss out on the top 10 despite their superb records, mostly due to falling behind their competitors in more than one area.

The Juventus and Dortmund forwards actually rank in the top 10 for goals and shots on target per 90 minutes, but are both let down by the number of shots that hit the back of the net – finishing less than 40 per cent of their chances.

They would be obvious players that you'd expect to find high up any ranking, but statistically, they just miss out.

Who are the 10 Best Strikers in Europe? 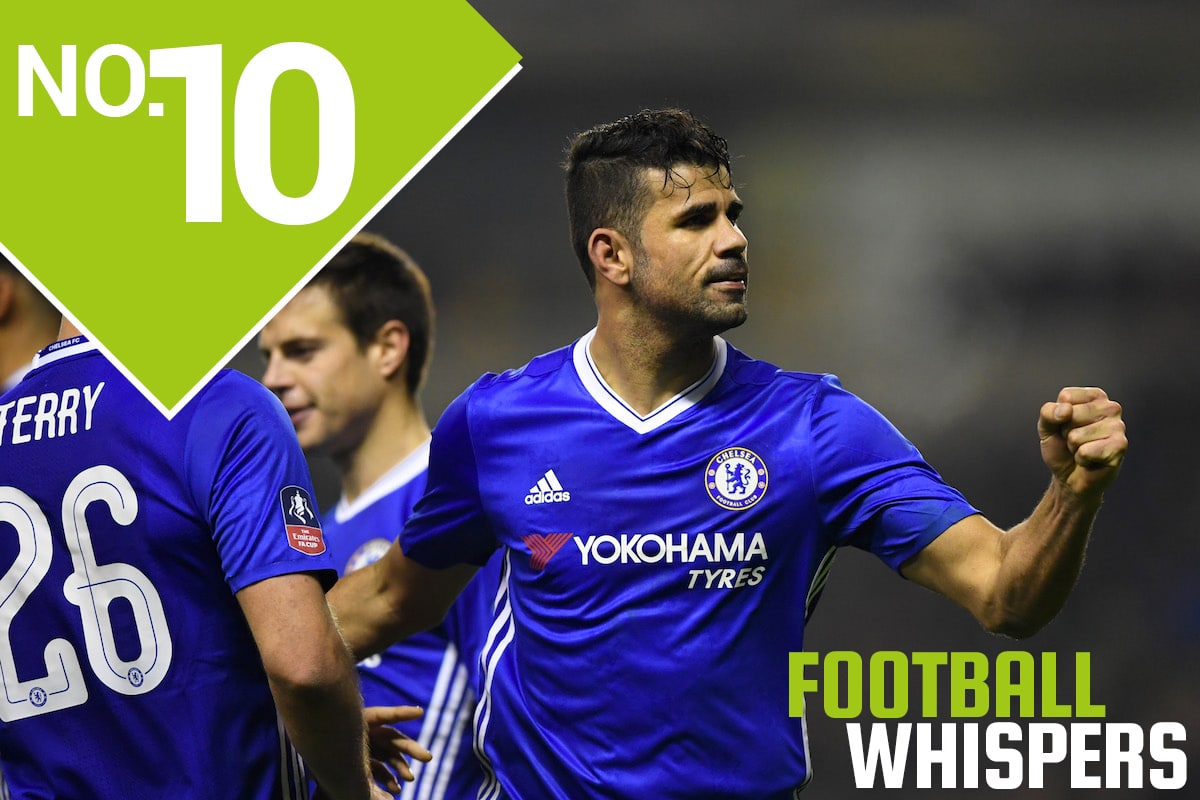 The big Spanish bruiser Diego Costa is one of the main reasons behind Chelsea’s superb campaign under Antonio Conte. The 3-4-3 formation suits him well and has seen a return of 17 goals in 25 league games.

His rate of 0.7 goals per 90 minutes is not in the top 10, but his conversion rate of 51.2 per cent is outstanding. Underrated at the way he brings others into play, he’s a key cog in Chelsea’s system.

Interestingly, he ranks higher for his ability to beat defenders off the dribble than how often he wins aerial battles, winning 1.433 duels per 90 minutes puts him below Harry Kane and Antoine Griezmann. 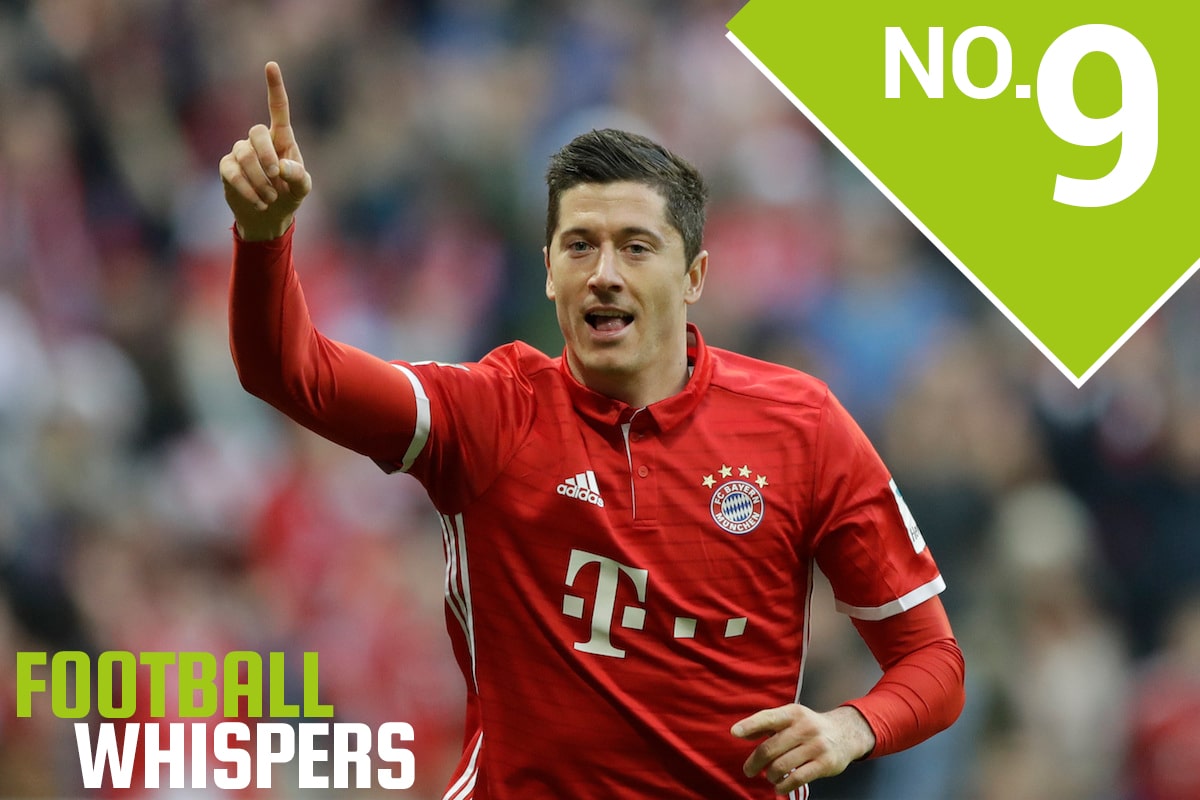 At the top of his game for a number of years, Polish striker Robert Lewandowski has continued to play the No.9 role as well as anyone for both Borussia Dortmund and now Bayern Munich.

Averaging a goal every 101 minutes in the Bundesliga this season, at 28 years old, he is at the peak of his powers.

Just ahead of Costa with 0.733 goals per 90 minutes, only three players in Europe produce more shots on target, but due to that, his conversion rate is down at 39.2 per cent, four per cent below the average of the top strikers in our 30-man panel.

Commanding in the air, but more than just a target-man, his ability with the ball at his feet isn’t as revered as perhaps it should be. Worryingly for the rest of Europe, there is still room for improvement. 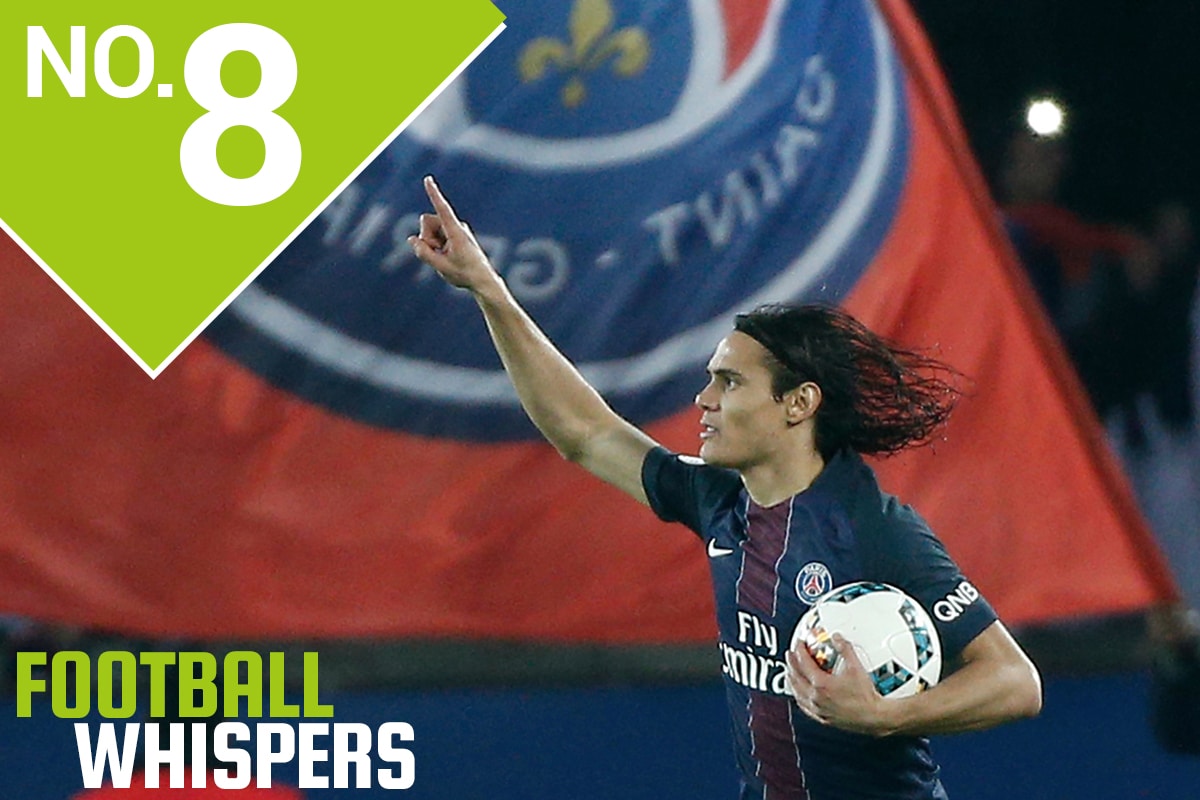 It’s safe to say that since the departure of Zlatan Ibrahimović, Edinson Cavani has take on the mantle of PSG’s top scorer like a duck to water.

The biggest criticism of the Uruguayan is the amount of chances he misses, but over the past three years he has finished 50 per cent of his shots on target. Making him at least 10 per cent more efficient than Lewandowski, Aubameyang and Higuaín.

With 1.666 shots on target per 90 minutes, that’s again above the average for our group, with only two players achieving more this his 0.833 goals per 90 minutes.

What brings his ranking down is his all-round ability to create chances, win headers and beat defenders. Cavani is perhaps the most out-and-out finisher on this list. 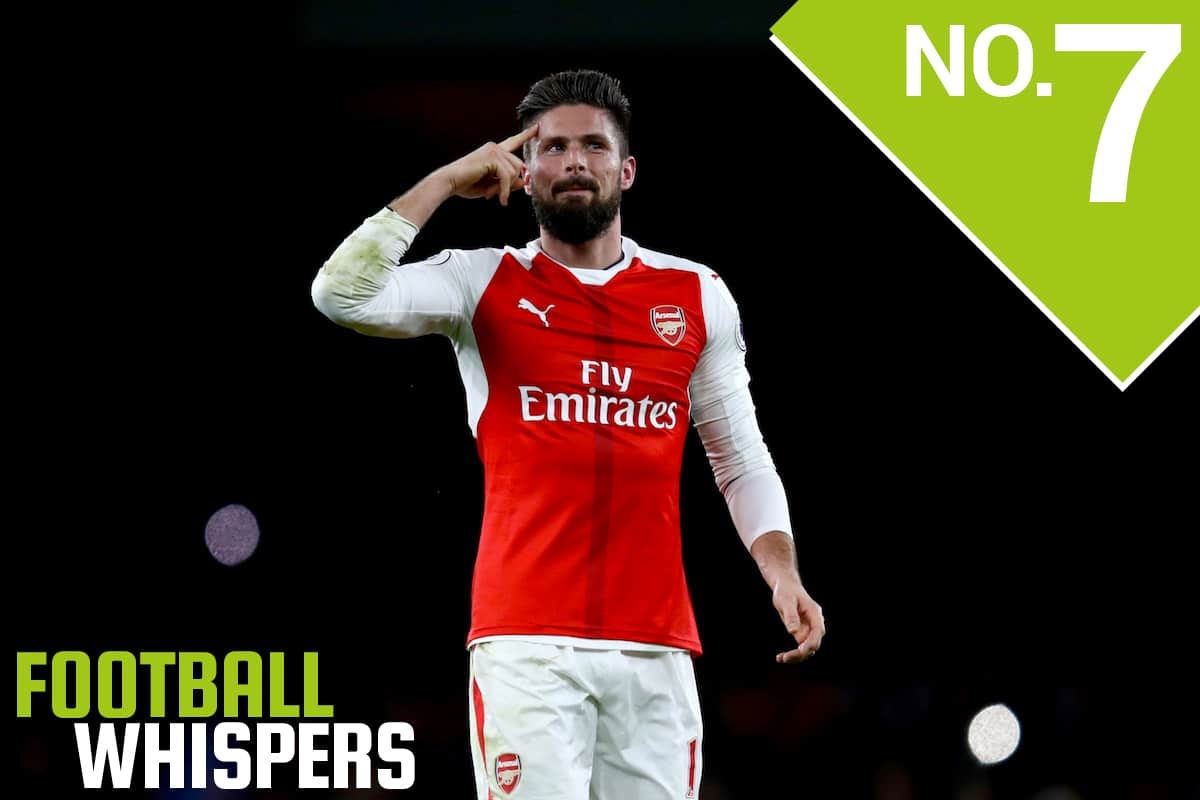 Not sure who would be more surprised at Olivier Giroud’s high ranking, Arsenal fans or the Frenchman himself.

Consistent over the last few campaigns, he may not have been able to start as many games this season as he would like, but he still manages to find the net when Arsène Wenger gives him the call.

With 0.766 goals per 90 minutes, he’s way ahead of team-mate Alexis Sanchez and above average.

Adept at bringing others into the game, he is strong in the air, helping him to such a lofty position despite widespread criticism. 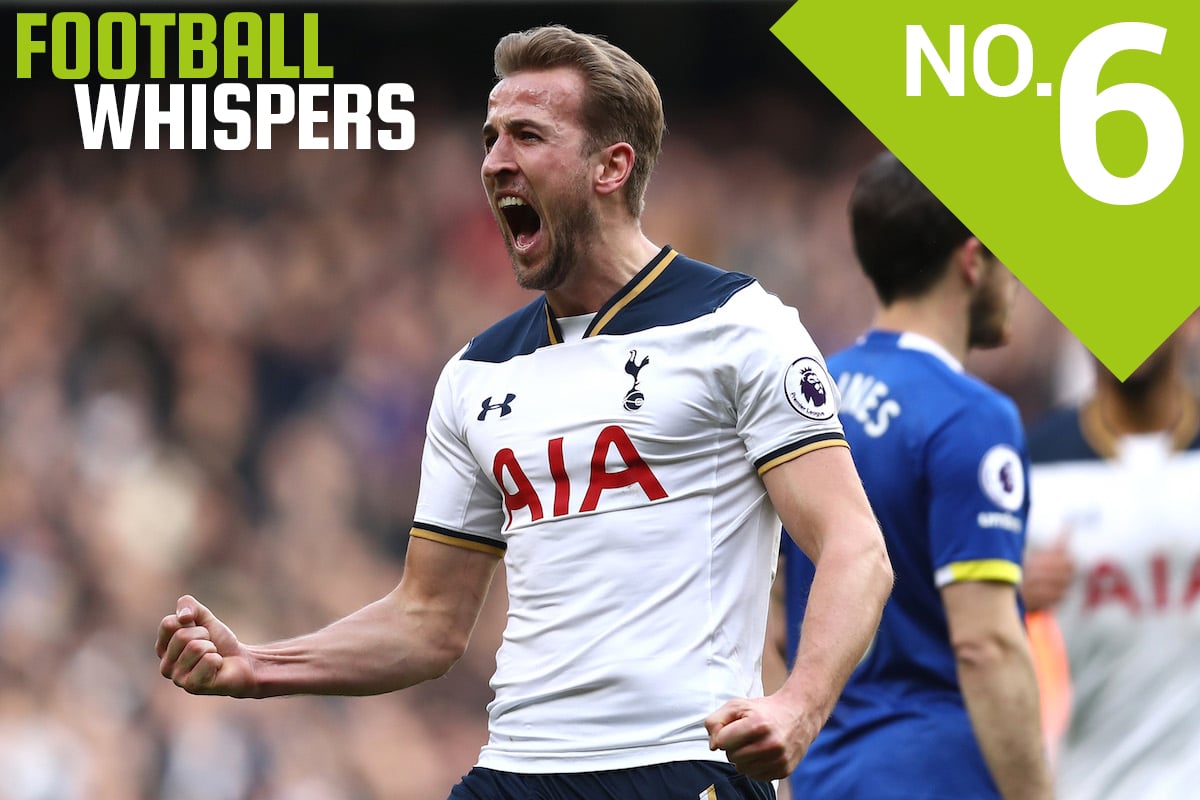 The Spurs fans have an ironic song that they sing at White Hart Lane, describing England striker Harry Kane as a ‘one-season-wonder’ and his numbers back up that he is anything but.

Although he is outside the top five in every category, Kane is either above or around average in our 30-man shortlist for everything.

Decent in the air, good at beating defenders, the 23-year-old, with 19 league goals this term, is the ultimate all-rounder and the prototype of the modern No.9. 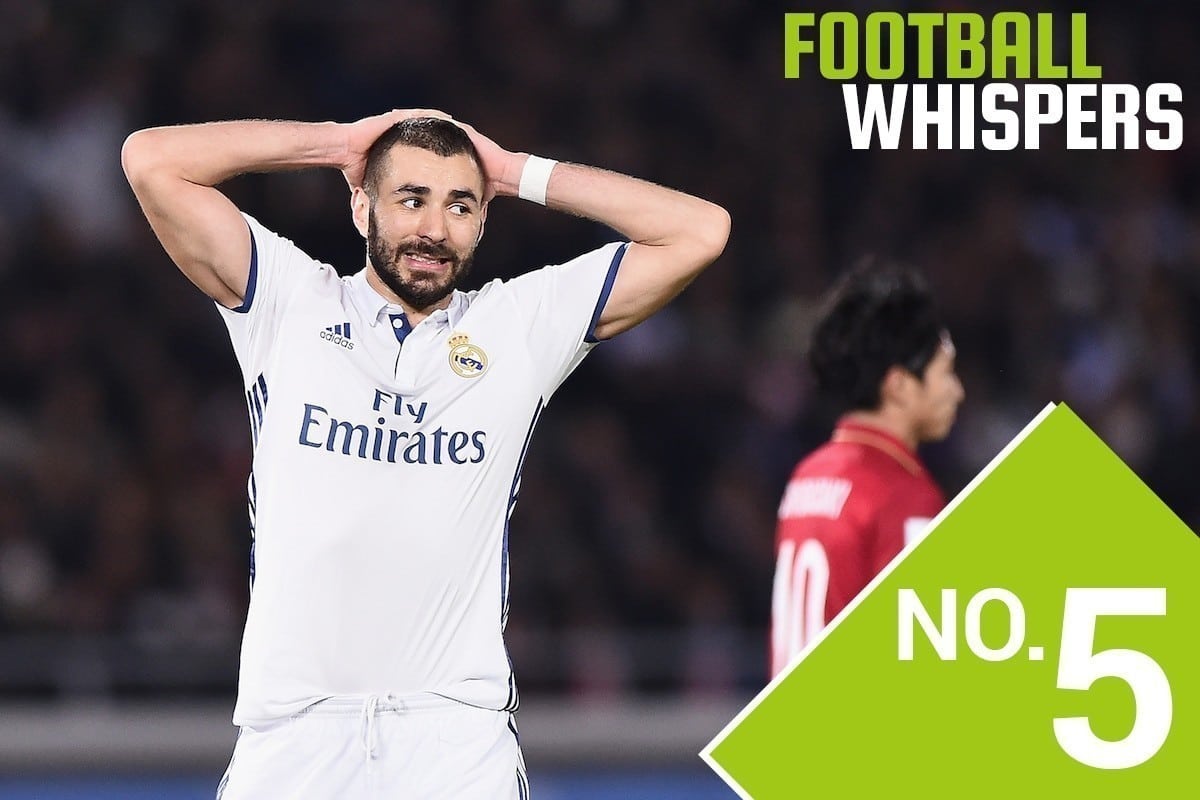 Former Lyon forward Karim Benzema may have been cast aside by France boss Didier Deschamps, but it hasn’t stopped him being a superbly consistent striker for Real Madrid.

This season has been far from vintage for the 29-year-old, with seven goals in 20 appearances, but he’s proven he still has when it takes at the highest level.

Scoring 0.733 goals per 90 minutes is above average and everything he does matches up, especially with 1.833 key passes per game, bringing the rest of his hugely talented team into the game.

His score falls down in terms of winning balls in the air and beating defenders, but everything else is so consistent, it proves that he is still up there amongst the elite. 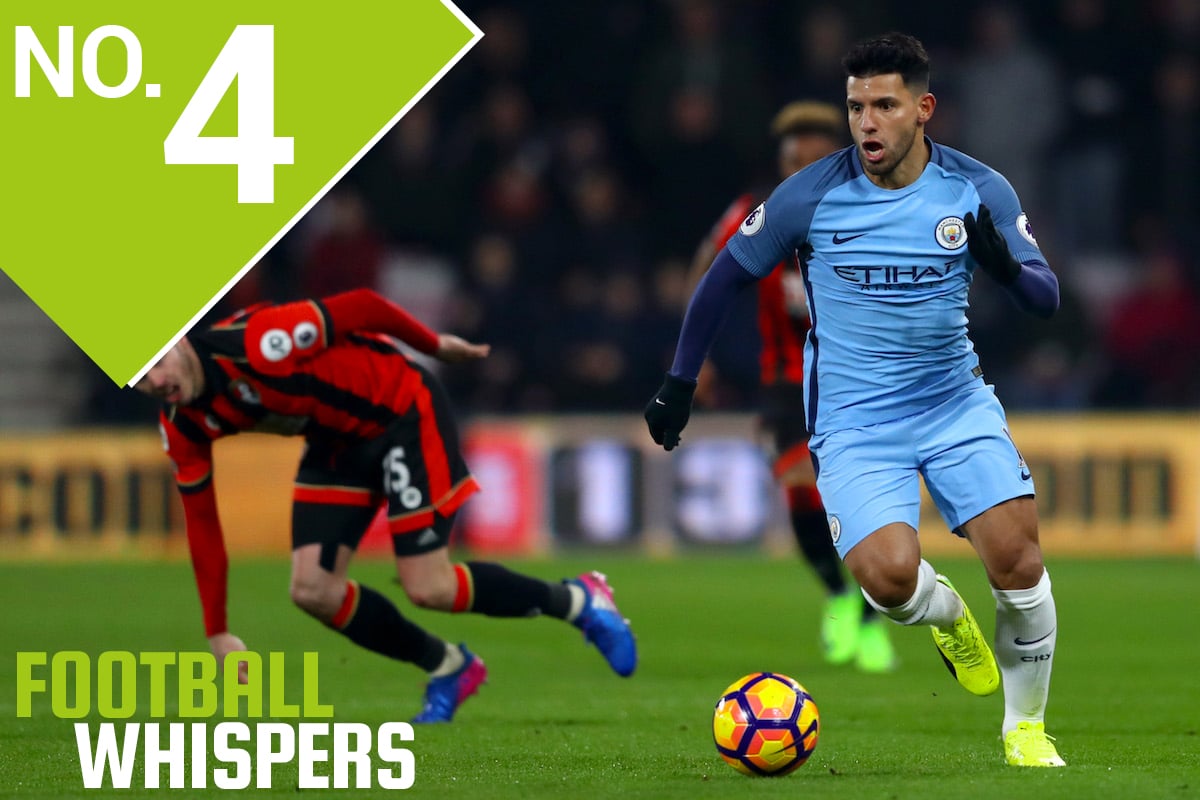 Should he stay or should he go? The emergence of Gabriel Jesus and a new style at Manchester City has put Sergio Agüero’s place at the club under threat, but that hasn’t masked the fact that the Argentine is a born goal-scorer.

Only two players find the net more per 90 minutes, he gets 1.866 shots on target too and while it may put his conversion down at 44.6 per cent, that’s still above average.

Unsurprisingly, he doesn’t do well in key passes or when the ball is in the air, but his drive, pace and direct style means he beats defenders 2.9 times per 90, that’s over double the average striker on our list measured.

If City do decide to cut ties with the 28-year-old, every club that has space for a pure goal-scorer should do everything to bring him onboard. 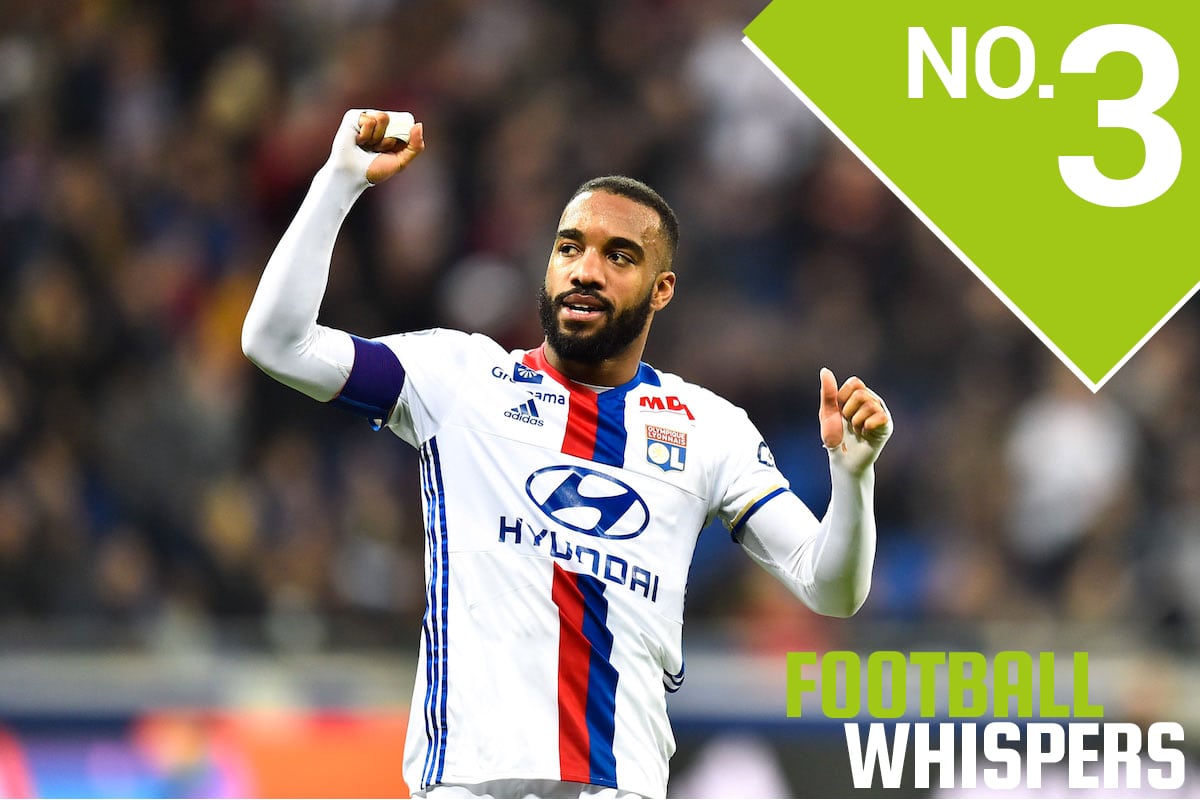 Alexandre Lacazette has been linked with a summer transfer to Liverpool, Manchester City, Chelsea, Arsenal and everyone else that has cash to spend – and this ranking clearly shows they are right to target the 25-year-old.

Lacazette is scoring 0.833 goals per 90 minutes for Lyon and converts an incredible 51 per cent of his shots on target.

The French striker has become very good at linking up with his team-mates, creating chances for them and providing assists.

Adapting from his early years on the wings, there’s no surprise that he does very well in beating defenders with 1.933 per 90 minutes.

Likely to move in the summer, it could be sink or swim for his numbers when he makes the jump. 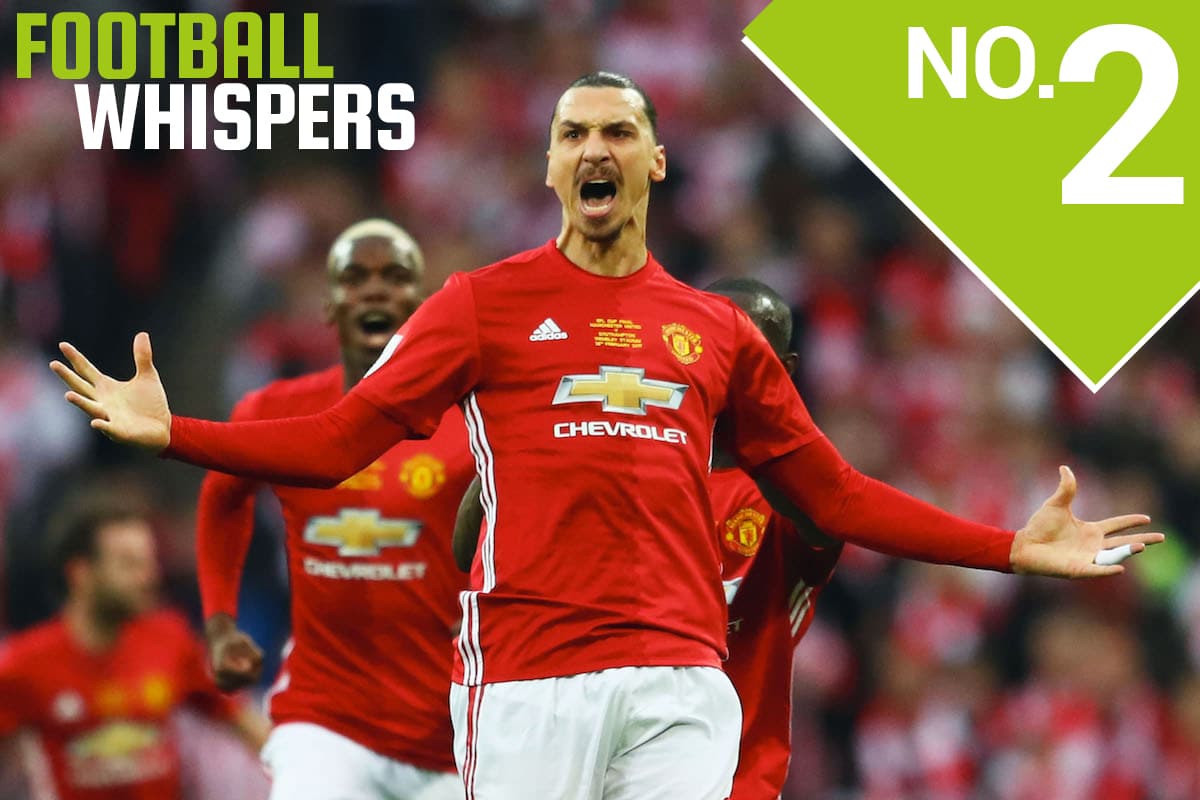 When Manchester United signed Zlatan Ibrahimović, he was said to be past it and too old to make an impact.

Fifteen goals in 25 games later and the 35-year-old has silenced the doubters and has continued his reign of terror over European defenders.

No one has scored more goals per 90 minutes in the last three years, with a rate of 0.933, and no one hits the target with more shots (2.266). His conversion rate sits at 41.1 per cent, but that’s still higher than Lewandowski, Aubameyang, Romelu Lukaku and Higuaín.

He will often choose to go himself over finding a team-mate, but with 1.7 key passes per 90, that still ranks him in the top 10. He sits in the middle with his aerial battles and ability to beat defenders off the dribble, cementing his place as an all-round striker, despite his ageing legs. 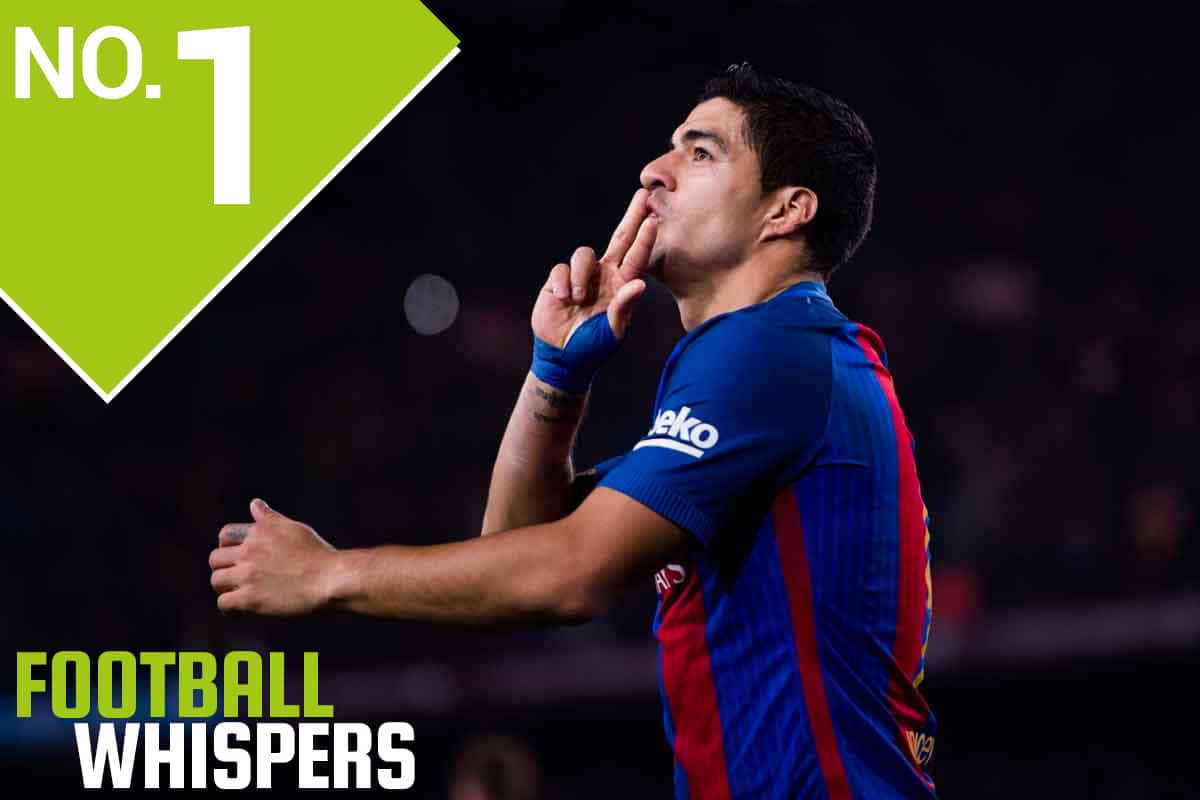 With Ibrahimovic at number two, it was going to take someone special to top this list and Luis Suárez is just that player.

It does help when at Barcelona, you have both Lionel Messi and Neymar beside you, but to play with the best, you have to be one of the best yourself.

Unlike the Swede, the Uruguayan doesn’t finish top of any one category, but with 0.9 goals per 90 minutes, when the average of our 30-man hit-list in 0.63 and a conversion rate of 51.9 per cent, Suárez is exceptional and above the mean in almost every area.

You can point to the number of chances that Barcelona will create, but the likes of Higuaín, Lewandowski, Cavani and Diego Costa have a similar advantage, but none of them hit the back of the net with the same regularity as Suárez over the past three campaigns.

Other forwards may be better than the 30-year-old in different areas, but when you combine all the aspects of being a top striker in the modern game, it’s hard to argue that Suárez comes out on top.