There is under seven hours left of the transfer window and deadline day is hotting up, with several deals already confirmed and others are on the verge of being completed.

Below are the top ten afternoon whispers from transfer deadline day, with transfers involving Tottenham Hotspur, Chelsea, Swansea City and Paris Saint-Germain all making the cut.

Swansea, surprisingly, are the team involved with the big moves. It could be one in and one out for Paul Clement's side as Fernando Llorente eyes the exit door while Wilfried Bony looks set for a return to the Liberty Stadium.

But with signings being announced and deals being struck throughout the day, things will be constantly changing so make sure you return later in the day for the latest update. 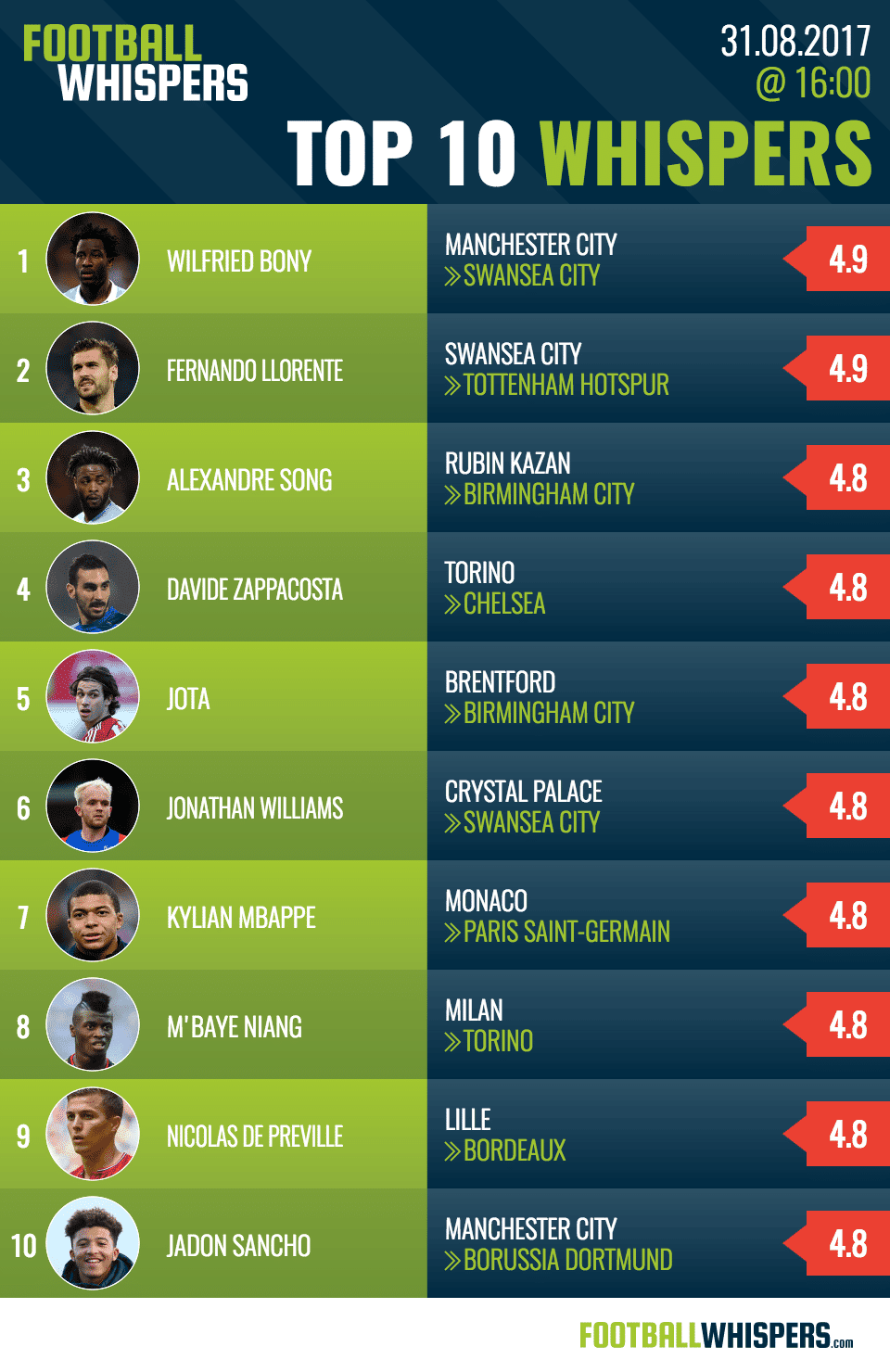