With a minute to go before half-time, Marco van Basten, the greatest player in the world at the time, collects the ball 15 yards out, with his back to goal.

In an instant the AC Milan forward pirouettes away from his marker, leaving the inexperienced centre-half flailing in his wake, before calmly firing the Netherlands into the lead.

The rookie defender in question? A certain, 21-year-old, Tony Adams, whose day was not about to get any better.

In the second-half, Bryan ‘Captain Marvel' Robson, draws England level with a typical bursting run from midfield to puncture the orange defensive barricade, before toe-poking the ball into the net.

But then van Basten strikes again. Twice. The world’s finest marksman had bamboozled England’s central-defensive pairing of Adams and 24-year-old Mark Wright. The Dutch hat-trick hero was a class above. 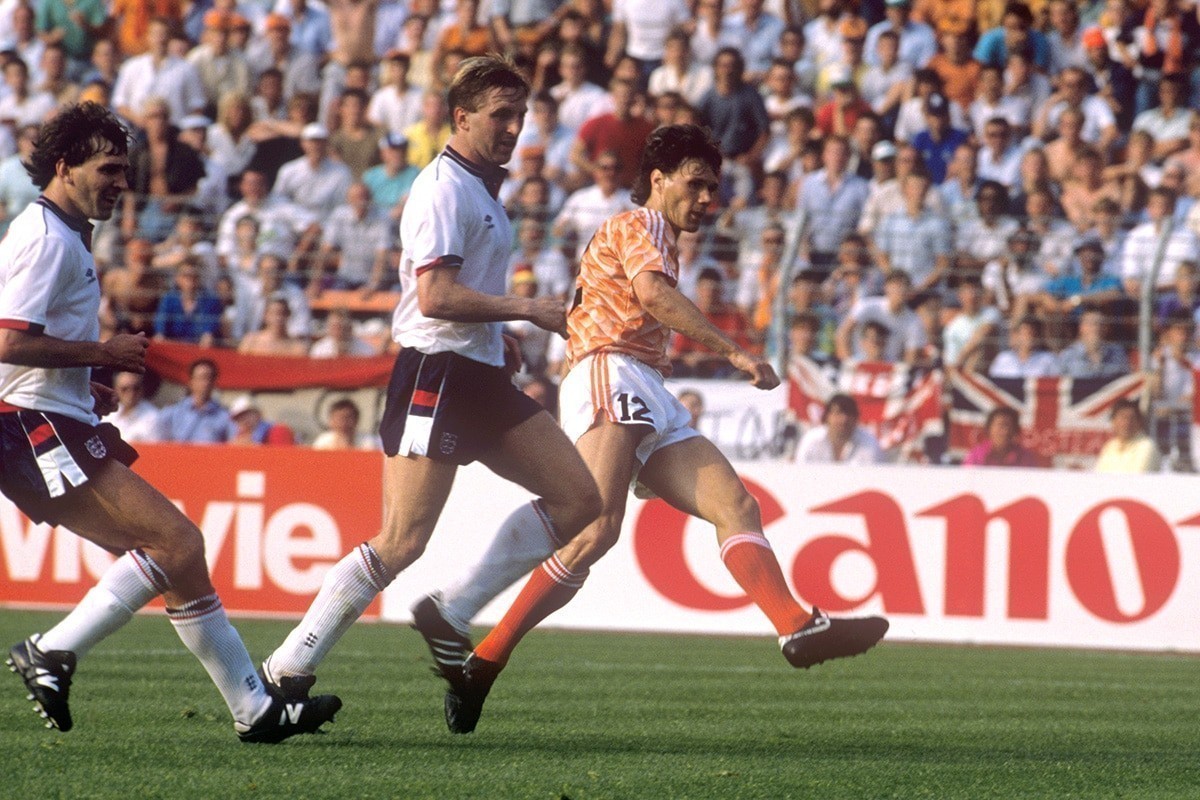 It was England’s second defeat in the group stage of the 1988 UEFA European Championship, having lost to the Republic of Ireland in the opening game, and it was enough to seal their elimination.

With their fate already sealed, Bobby Robson’s men were humiliated in their final group game by the USSR, losing 3-1 again.

England returned home to mass criticism from the national press, with Adams being singled out for his inability to properly perform his defensive duties against the Dutch.

The criticism was harsh on the young Arsenal defender who had only made his international debut the previous year – becoming the first player born after the 1966 World Cup to represent the Three Lions. Were it not for the fact that Terry Butcher had been ruled out of Euro 88 with a broken leg, Adams would likely have travelled to the tournament in West Germany as back-up.

Besides, he was hardly facing the Dog & Duck – this was the Dutch class of 88, featuring: van Basten, Ruud Gullit, Frank Rijkaard and Ronald Koeman, and coached by the legendary Total Football master Rinus Michels. They were the competition’s eventual winners.

The young Adams’ confidence took a hit, as too did his reputation, as he was surprisingly omitted from England’s squad for the 1990 World Cup in Italy.

Injured for Euro 92, and with England having failed to qualify for the 1994 World Cup in the USA, Adams would have to wait until the 1996 European Championship on home soil for his chance at tournament redemption.

With his emergence as a natural leader for both Arsenal and England, Adams was given the responsibility of sharing captaincy duties with David Platt in 1992. But by the time Euro 96 came around, with Platt’s place in the starting XI less certain, Adams was made England captain outright by new manager Terry Venables. 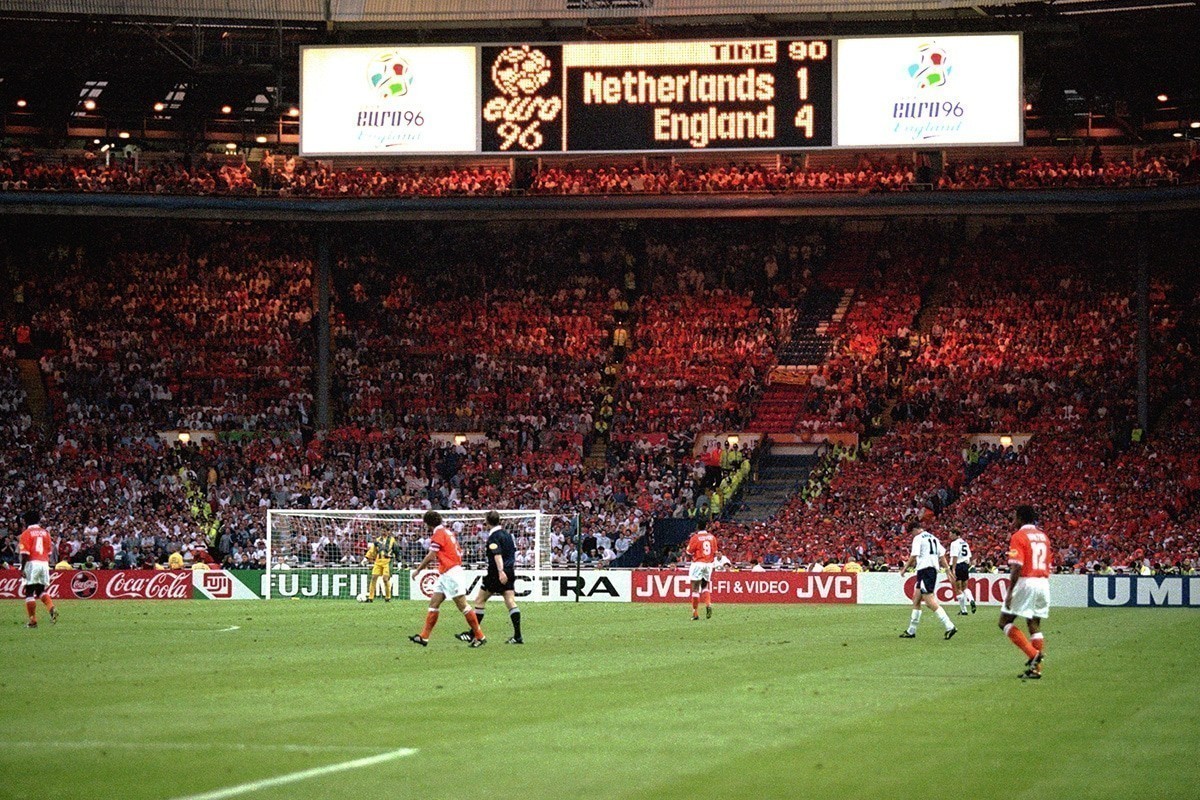 A wave of euphoria had engulfed the country, as England prepared to stage its first major tournament since the iconic 1966 World Cup.

The heroes of 66, icons such as Geoff Hurst, Bobby Charlton and Bobby Moore had been replaced by Alan Shearer, Paul Gascoigne and Adams. Football was coming home, or at least that’s what David Baddiel, Frank Skinner and the Lightning Seeds had the country believing as their anthemic song resonated around Wembley Stadium.

For four weeks, the nation was united behind its men in white, and Adams was the man tasked with leading them to glory.

If any resentment of Adams remained in the hearts of England supporters, it was instantly wiped out when witnessing the voracity with which the skipper belted out the national anthem before the tournament's curtain raiser against Switzerland.

England ended up drawing the opening game. Shearer ended a two-year international drought by scoring in the first-half to put England ahead, only for Kubilay Türkyilmaz to equalise from the penalty spot after Stuart Pearce was adjudged to have handled in the area.

But a 2-0 victory over Scotland and a 4-1 thrashing of the Netherlands saw England progress to the knockout stage by topping Group A. The latter match providing catharsis for Adams, as his faultless display helped dispel the demons of his torrid encounter with the Dutch six years earlier.

On to a quarter-final with Spain. In truth, this game is remembered mostly for being a pretty drab affair during normal and extra-time, with both sides looking impotent offensively. But defensively England were again solid. Adams, flanked by Pearce and Gareth Southgate in Venables’ 3-5-2 system, was imperious. The game ended 0-0 but England progressed via penalties. 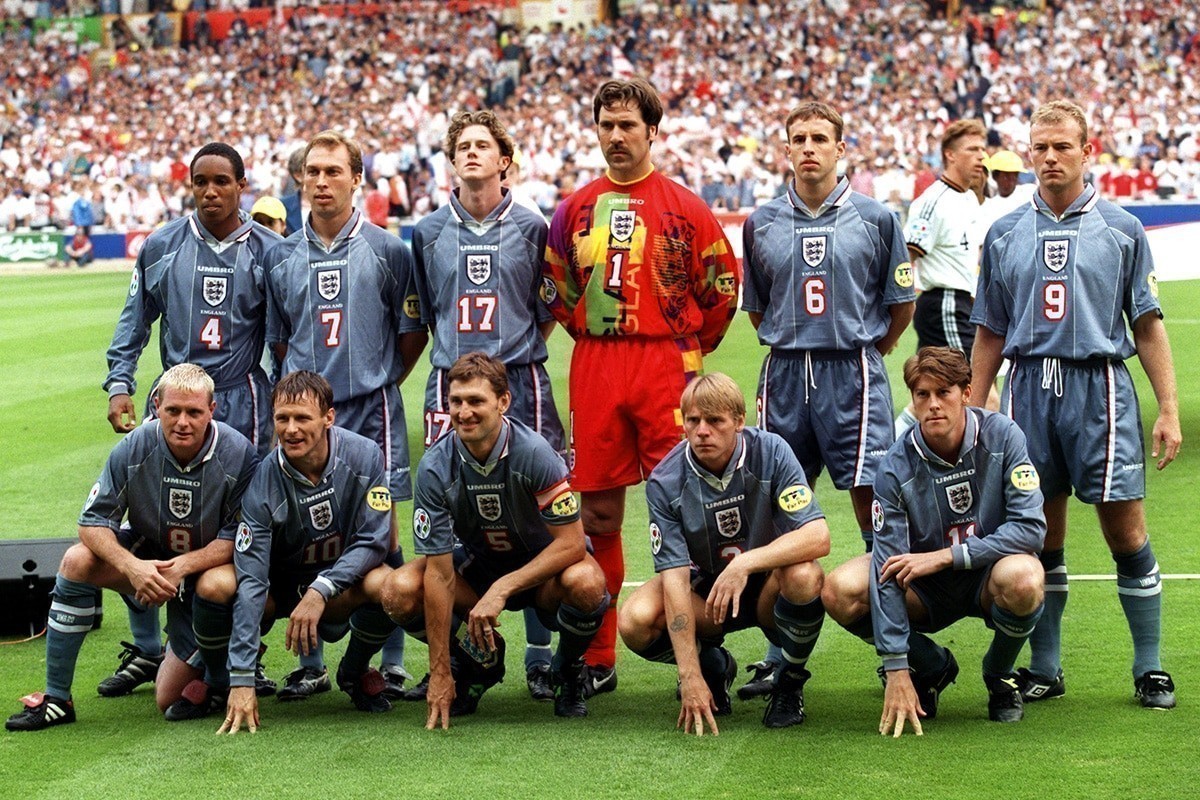 Just as England fans had begun to allow themselves to believe, they were struck with the agony of defeat. The semi-final against Germany has gone down in English football folklore as the great ‘could’ve been'. From Gascoigne's desperate slide, to Southgate’s condemning penalty.

Football came home for one glorious month, but England couldn’t quite muster the victory to make it stay.

However, no man sporting England’s awful grey away kit should feel any shame for the way they went out that night; it had been a back-and-forth battle against one of the world’s strongest sides, and a team synonymous with coming up trumps in major tournaments.

On a personal level, Adams’ stock was at an all-time high as he continued to thrive under new Arsenal boss Arsene Wenger. And he would finally get the chance to represent England at a World Cup two years later in France. Although new boss Glenn Hoddle’s decisions to take the captain’s armband from Adams and give it Shearer left a bad taste in the Arsenal legend’s mouth.

At Euro 2000 Adams became the first, and as yet only, man to represent England in major tournaments in three different decades, before hanging up his international boots later that year.

In a 66-cap England career which tells a story of redemption and perseverance, the overriding memory of Adams in the famous white shirt is one of a fearless leader guiding his team into battle; no lion roared louder.