There is always controversy when Player Of The Year shortlists are announced.

The EFL announced their three players for the Championship award this season – Dwight Gayle, Anthony Knockaert and Chris Wood.

But for many who’ve watched Fulham this season, there was a glaring omission – Tom Cairney.

That’s not to say Gayle, Knockaert or Wood haven’t enjoyed a good season.

The Newcastle United forward has 21 goals in 28 league games after joining from Crystal Palace, while the Leeds United man is the league’s top scorer with 24.

Brighton would probably not be as high as they are without Knockaert’s influence, his 13 goals have played a major role in taking Chris Hughton’s side to second in the table.

But interestingly, the Yorkshire Evening Post’s Leeds reporter Phil Hay didn’t name Wood in his team of the season.

And Newcastle fans seem to think Gayle hasn’t been their best player that season – that accolade goes to Jonjo Shelvey.

So basically the Championship player of the season award nominations are all about goals? ?

Shelvey is by far the best player in the league

And arguably Cairney should be ahead of those two in recognition.

Cairney was reportedly a Newcastle transfer target in January, but Fulham named their price at £20million, far too much for the Magpies.

It’s definitely not a bargain and is perhaps a tad on the steep side, but when you consider Aston Villa paid upwards of £12million for Ross McCormack in the summer, that price may not be too far off.

At 26, Cairney has plenty left in the tank, while McCormack was 29 – you would get a lot more out of the midfielder career wise.

But looking beyond the price tag, you can’t argue his quality.

In fact, after watching him at St James’ Park for Fulham, many Newcastle fans were convinced with his quality.

A change in role

When Cairney arrived at Fulham from Blackburn, he was impressive no doubt about it.

But it’s since he’s been switched to a more central role than one on the wing by Slaviša Jokanović that he’s really thrived.

With Kevin McDonald at the base of the 4-3-3 and Stefan Johansen alongside him in midfield, the Scotland international has the ability to run the show in what many Championship regulars recognise as the best footballing side in the league.

So far this season, Fulham have averaged an impressive 59.1 per cent possession – the highest in the league – while also maintaining the best passing accuracy in the league – 83.4 per cent.

That’s largely down to the man who’s taken the captain’s armband for most games this season pulling the strings from the middle of the pitch.

Given that the quality of his passes are so accurate, it’s also hugely impressive that he has made the most passes in the Championship this season: 2988. That works out at an average of 83.2 per 90 minutes.

Only Tjaronn Chery – who has now left Queens Park Rangers – has averaged more key passes per Championship game than Cairney’s 2.6, while the nine asissts recorded bye the 26-year-old in the league has only been bettered by Conor Hourihane and Albert Adomah.

They’re not all short passes either, he’s got the eye for a pinpoint long ball too. 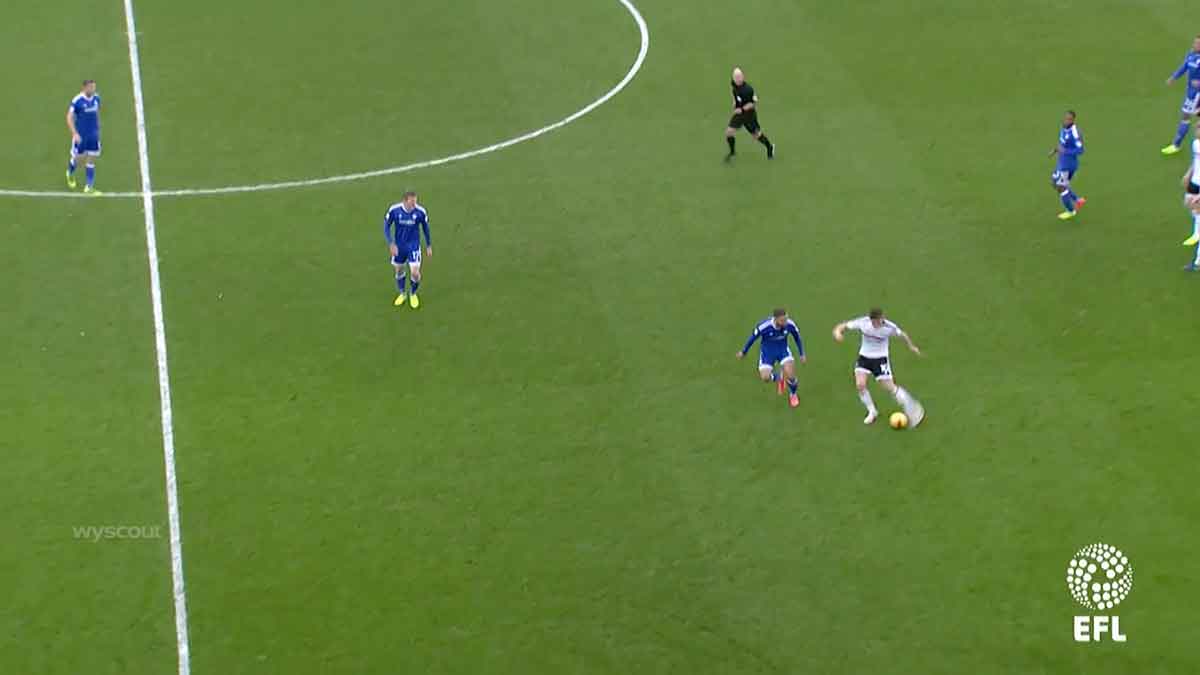 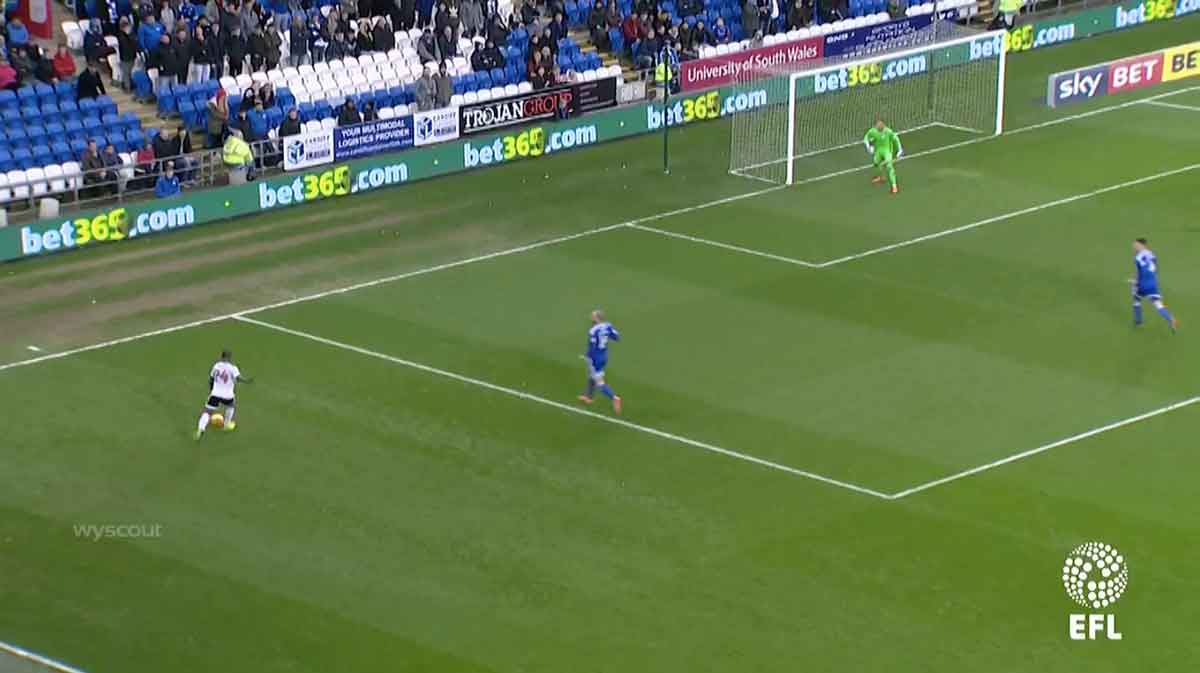 Against Cardiff, you can see where Cairney picks the ball up in the first image and plays a pass into Sone Aluko, whose first touch can be seen in the second image. Perfection.

It’s not all about long range passes either, the midfielder can play the ball in tight situations too, as you can see below, when he creates chances for Lucas Piazón and Aluko. 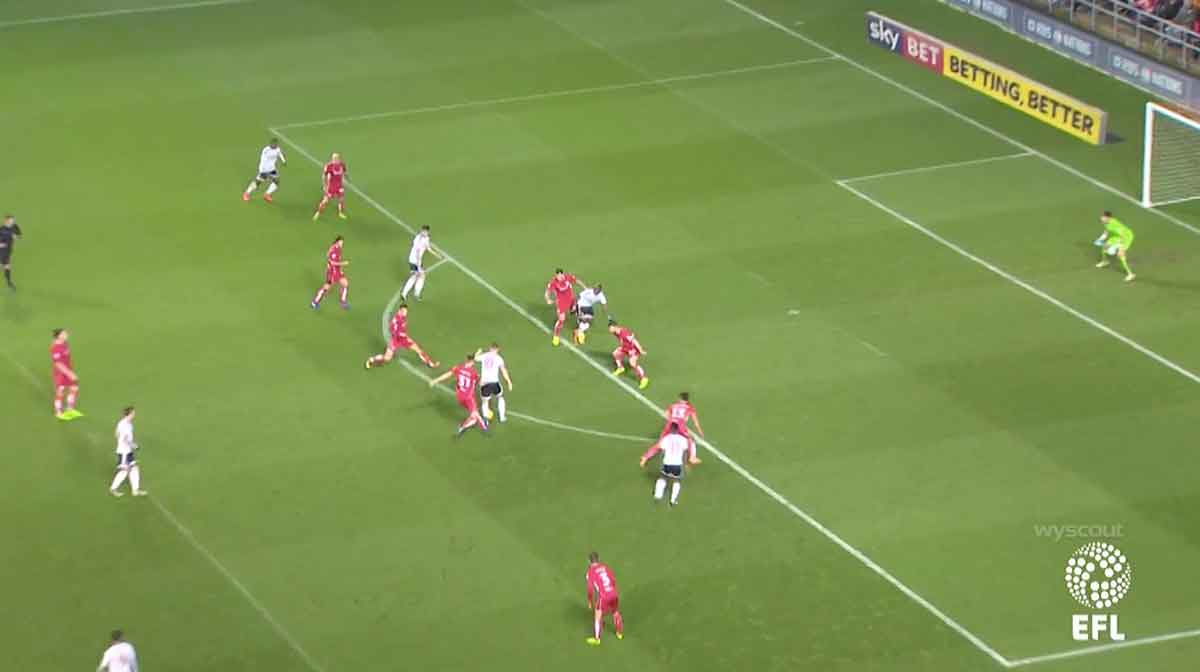 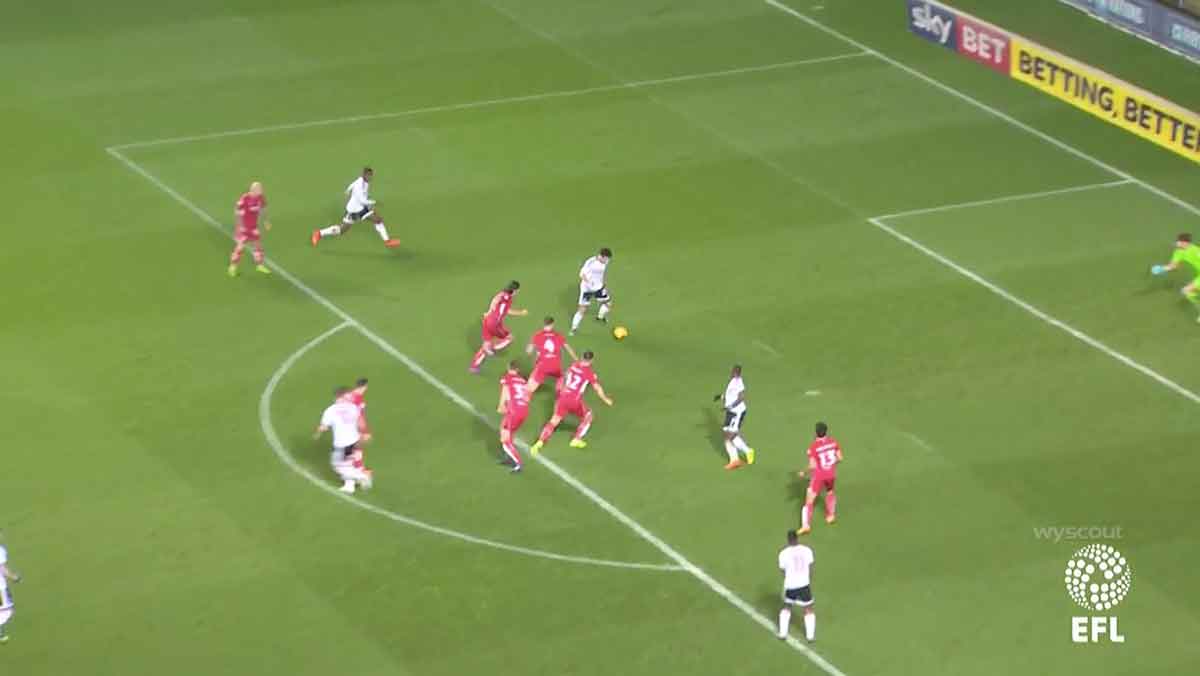 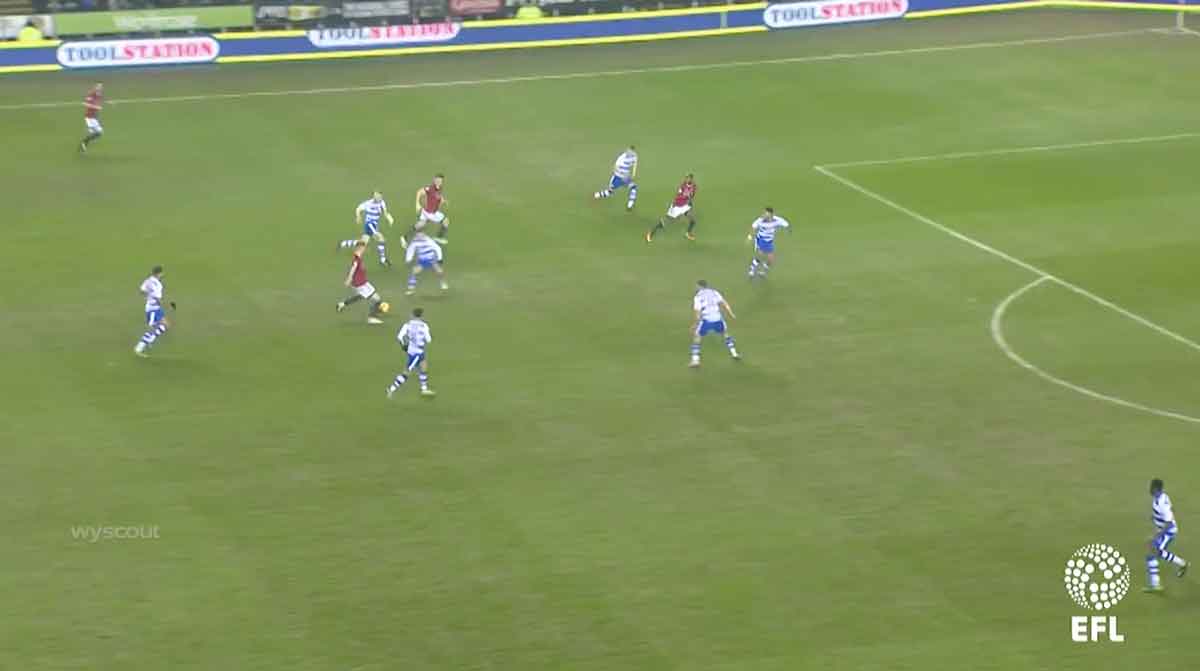 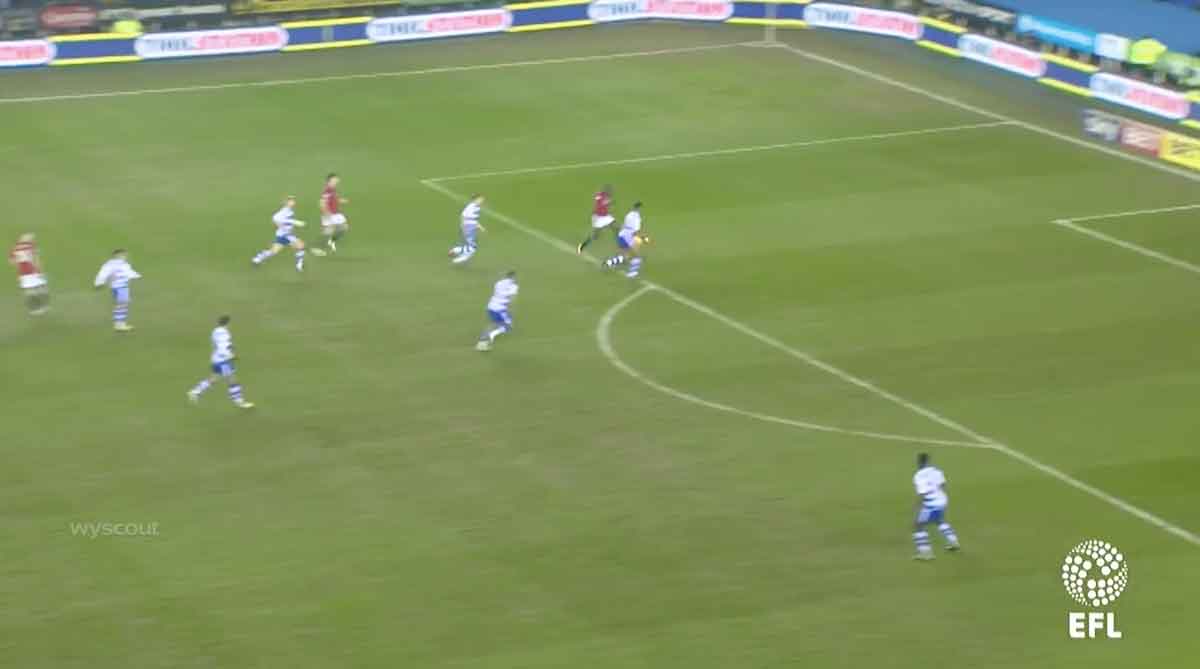 Fulham are a much improved team this season.

If they do reach the playoffs, Cairney will have to take a large part of credit for that.

He’s been simply immense as they’ve been closing the gap on sixth.

It’s been no surprise that since Christmas Fulham fans have voted him man of the match more than any other player on fan site Viva El Fulham.

Followling on from the table since Xmas here are the @VivaElFulham @FulhamFC Match Ratings since then pic.twitter.com/Uy3RI3nh4A

More to Cairney's game than passing

While Cairney’s passing is obviously a major aspect of his game, to dismiss him as just a passer would do him a disservice – he’s pretty much a great all round midfielder.

He’s got spectacular goals in his locker, often at crucial times for Fulham.

The @FulhamFC fans are used to @ThomasCairney's stunners. ? #fulhamfc

His control with the ball can be second to none. 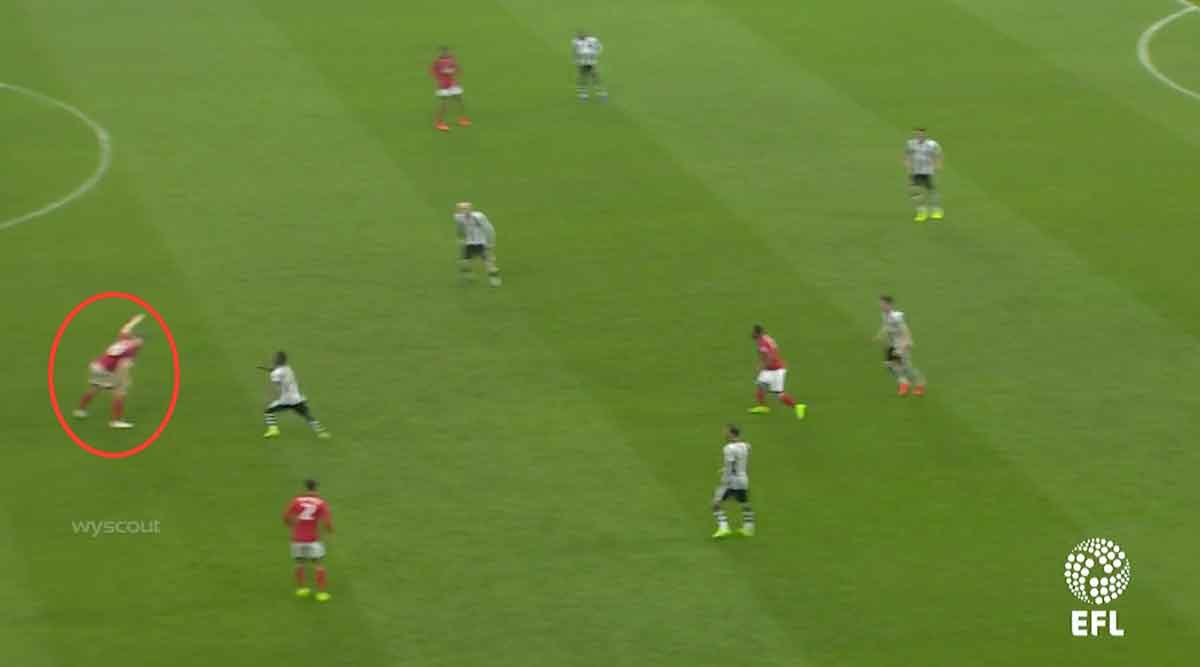 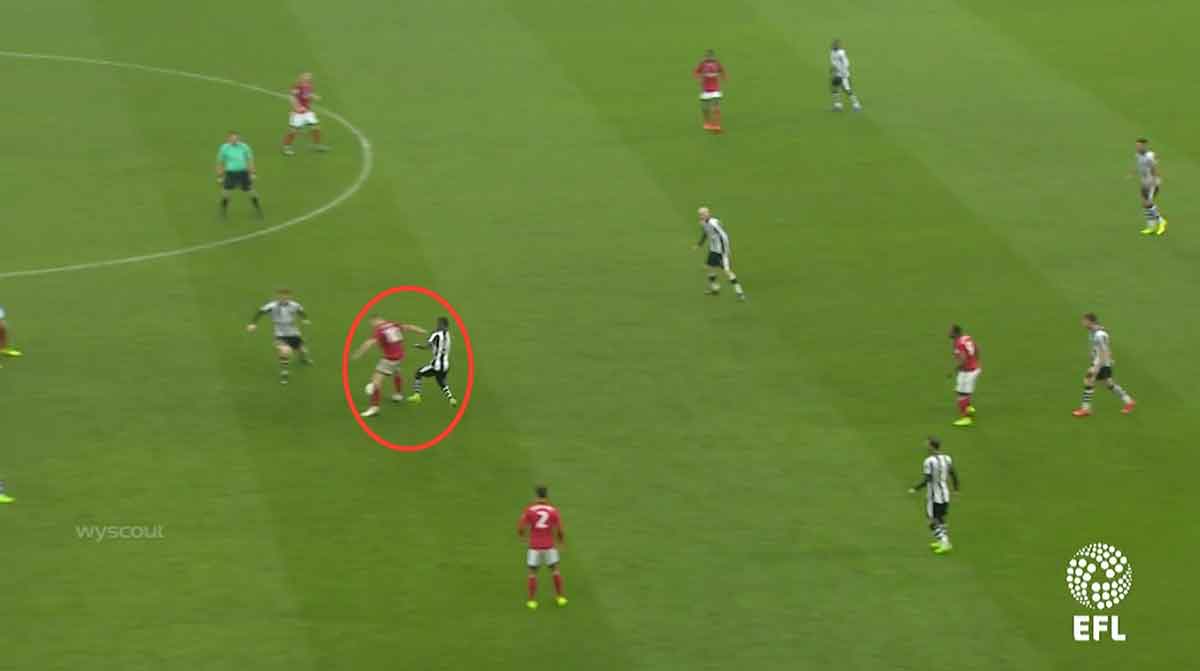 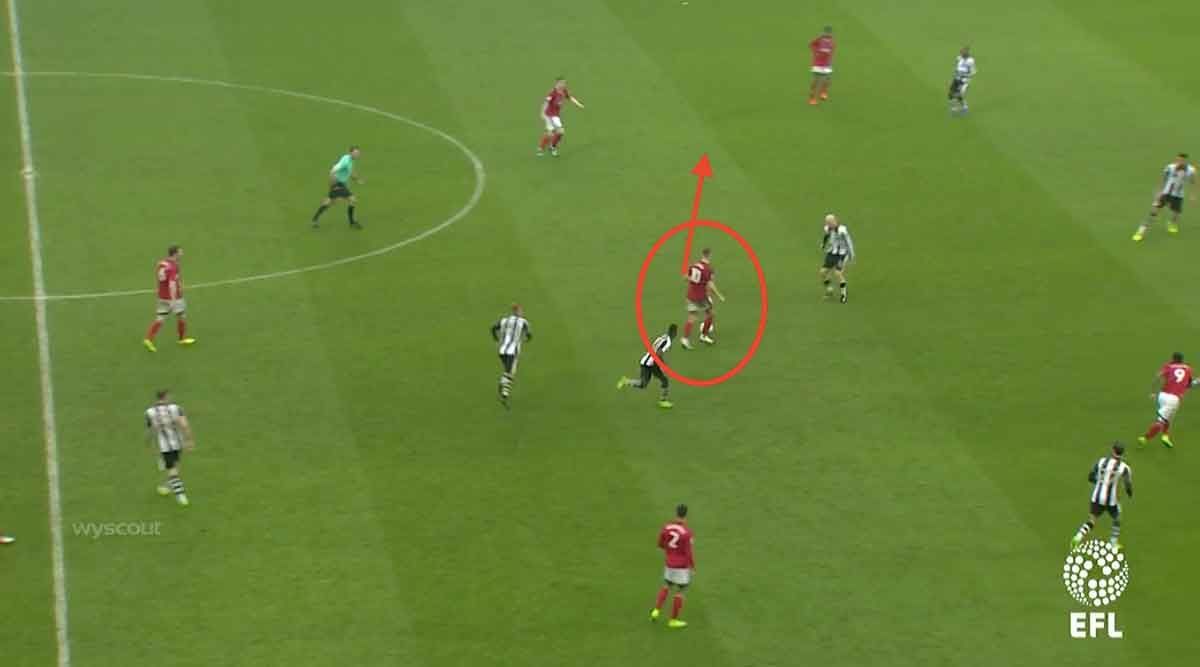 In these pictures against Newcastle, where he saw that cracking goal you can see in the video above, he got the ball at an awkward height, before taking it under his control, skinning two players, taking his team forward and laying it off to Johansen.

That move ended with his team winning a penalty, although with the White's horrific penalty record this season, that may not be something to praise. 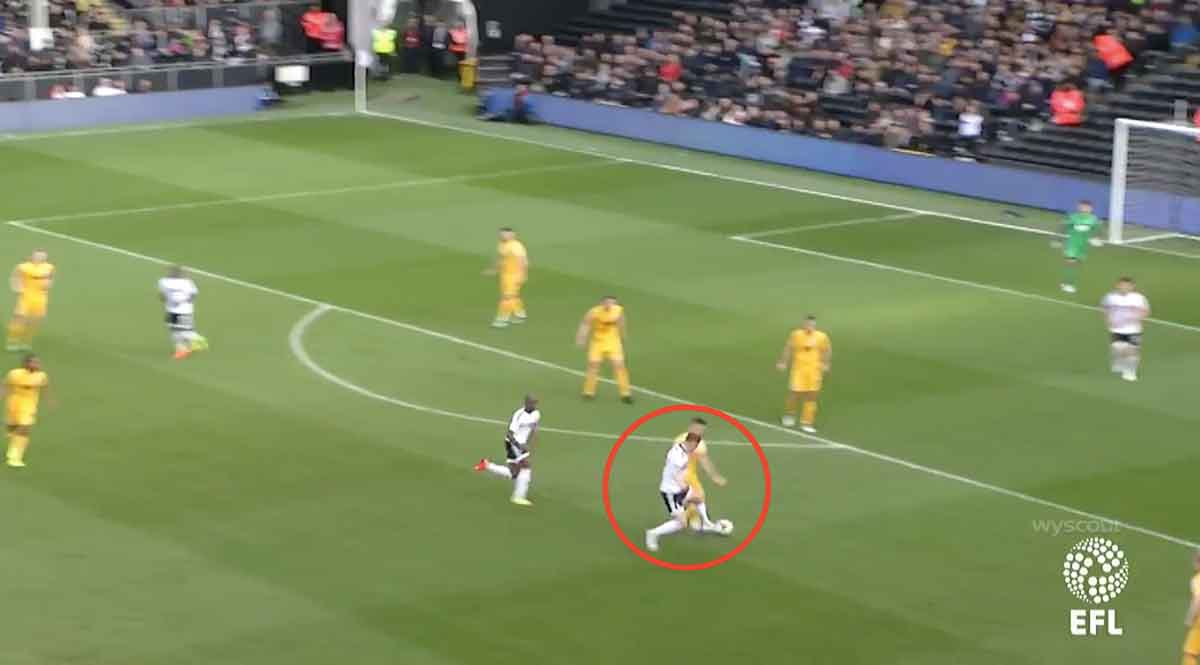 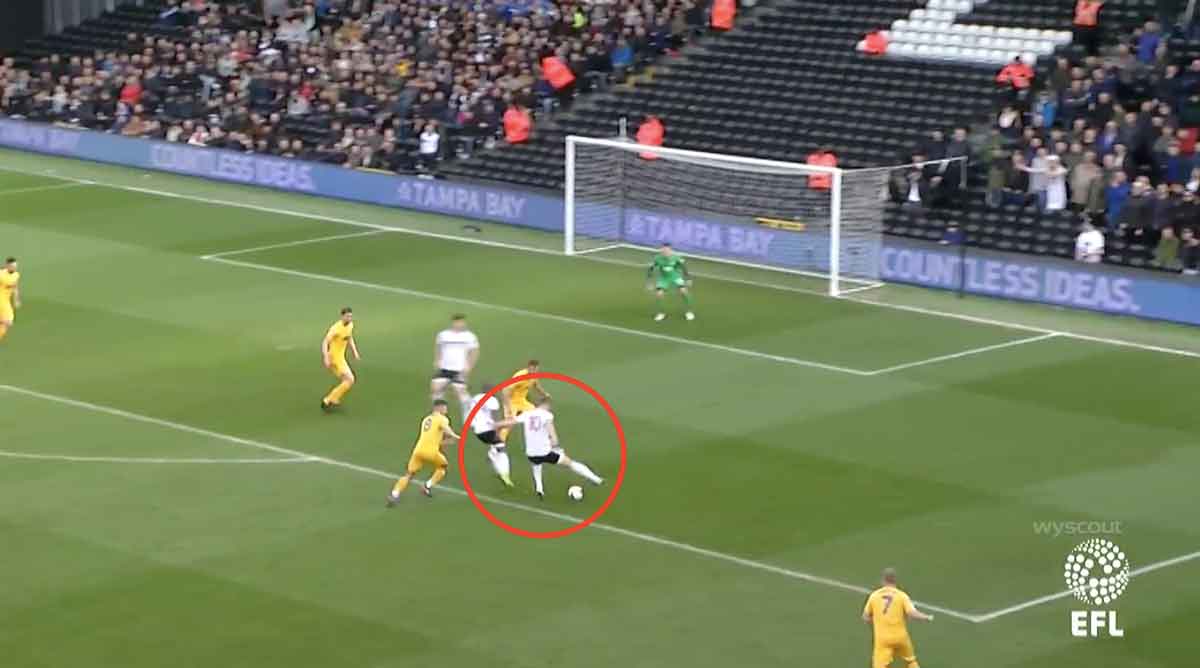 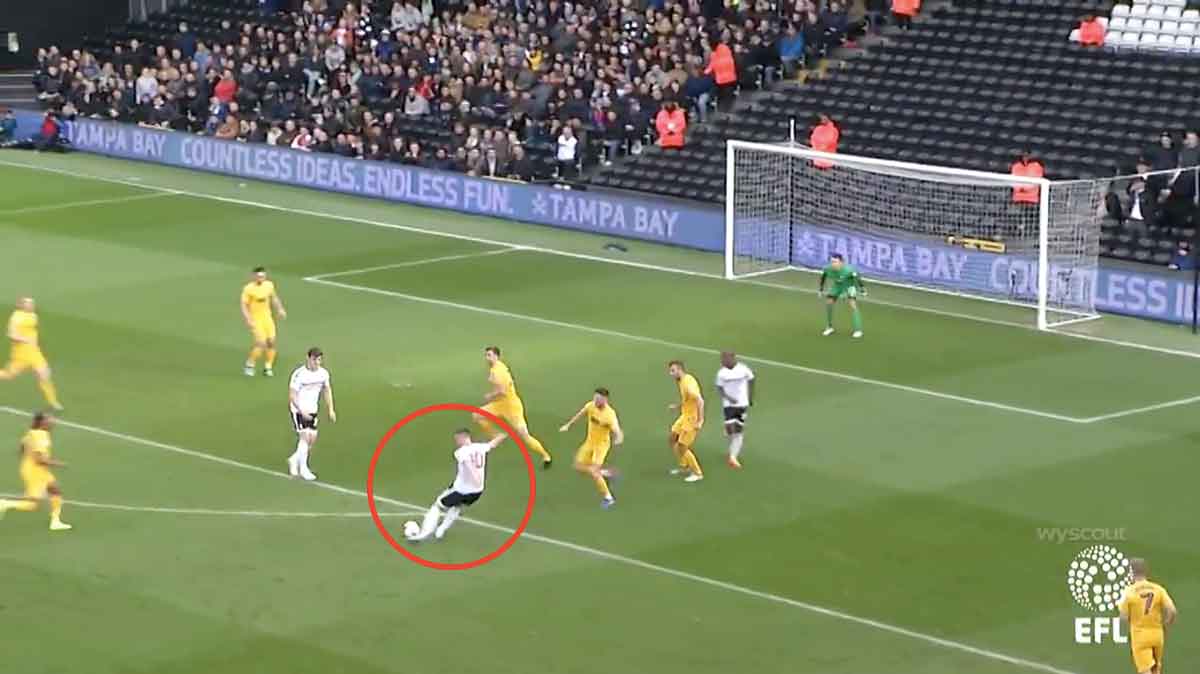 Above against Preston North End, you can see his tenacity to win the ball back.

His press and clean tackle on the visiting player forced him to give the ball away on the edge of the box.

Cairney then used a glorious bit of skill to cut onto his favoured left foot and force a save from the ‘keeper. 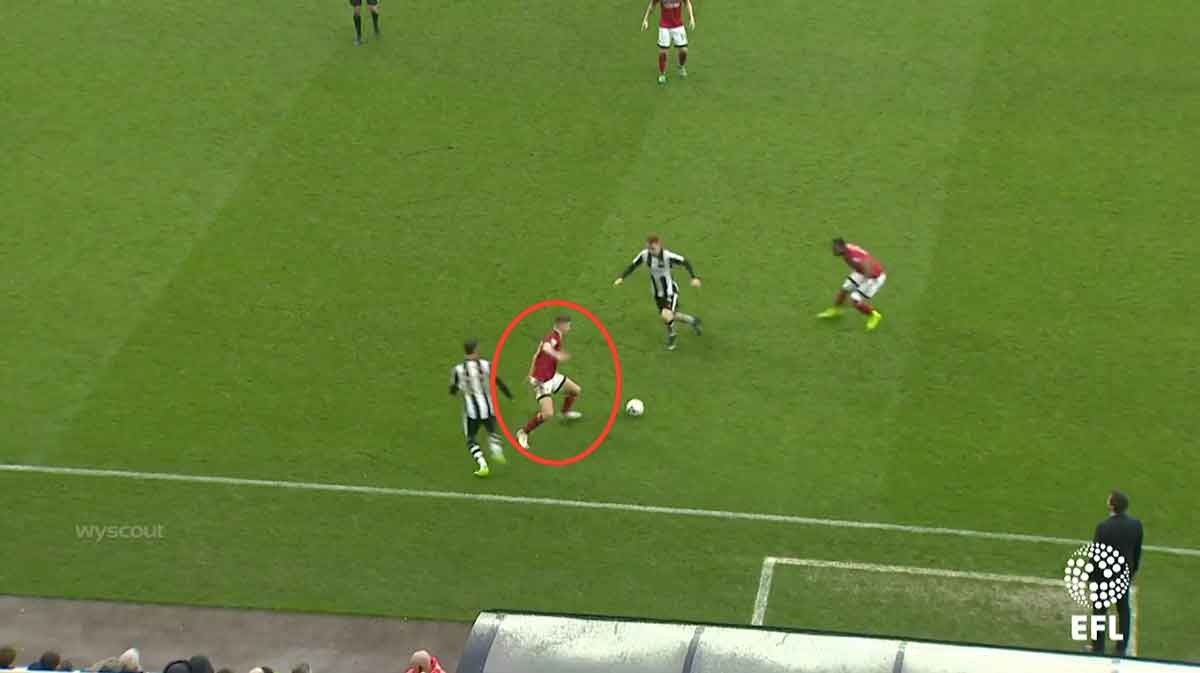 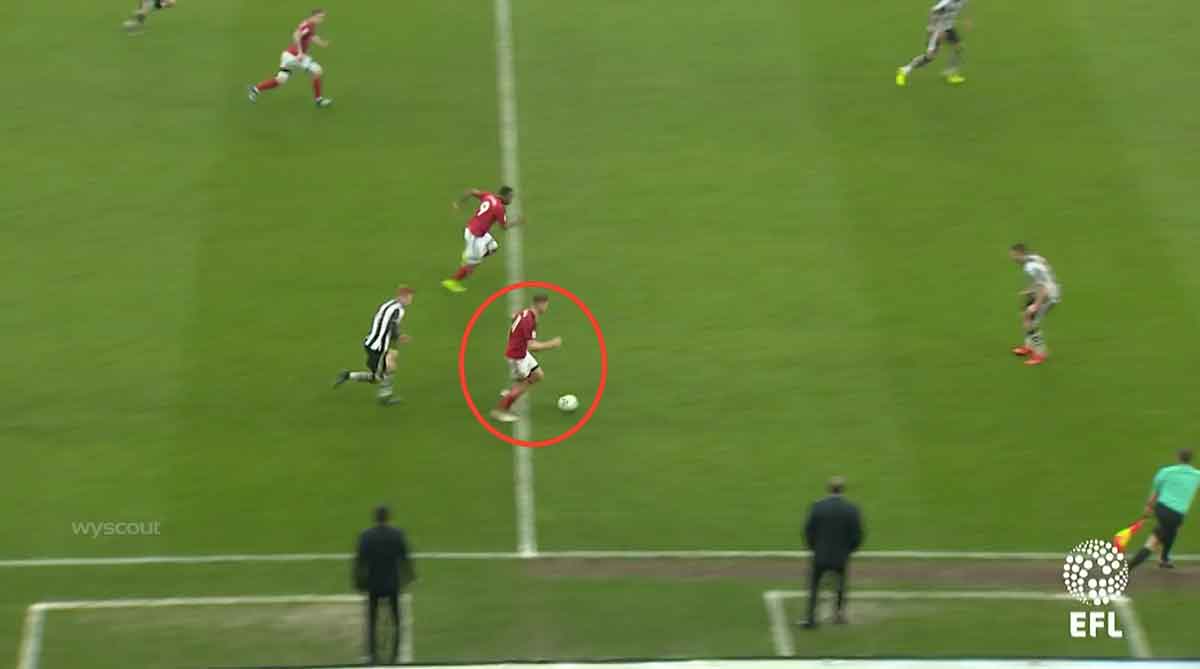 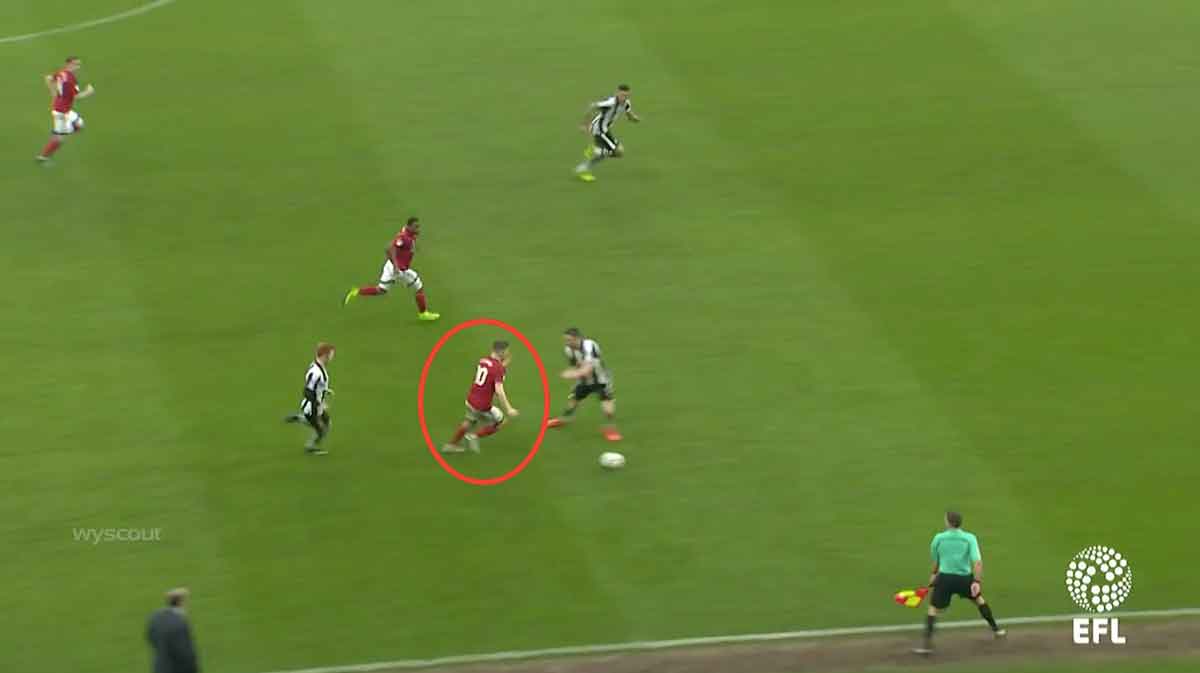 His reading of the game, intercepting and putting the team on the front foot can be seen again in the images above against Newcastle.

After winning the ball, he races past the opposition players and draws the free kick.

He quite simply runs the show and takes the pressure off his side, constantly making sure Fulham are controlling the game.

The reason he hasn’t been named in the top three candidates for Championship Player of the Year is probably due to Fulham’s current league position of seventh.

But he has been the standout midfielder in the league this season, and it will be no surprise if he’s playing top flight football come August.

Fulham fans will just hope that it’s with them.