It was a valiant display, but a defeat nonetheless. A fourth defeat in five games.

Manchester United performed admirably in their Champions League last-eight home leg against Barcelona on Wednesday night, pressing and harrying the Catalan giants, disrupting the rhythm of Lionel Messi and co.

But it was only enough for a 1-0 loss, via an unfortunate Luke Shaw own goal. The fact United's best efforts couldn't muster a single shot on target against one of Europe's elite, and that their form has dropped off significantly of late after an uptick following Ole Gunnar Solskjær's appointment, shows their current squad needs improvement.

A winger, a right-back, a centre-back and a central midfielder are all on the agenda this summer, according to reports. And the calibre of player United need to close the gap to the best in the Premier League and Champions League will not come cheap.

The chance to significantly upgrade in one of those positions with a world-class addition for just £25million, then, should not be passed up. 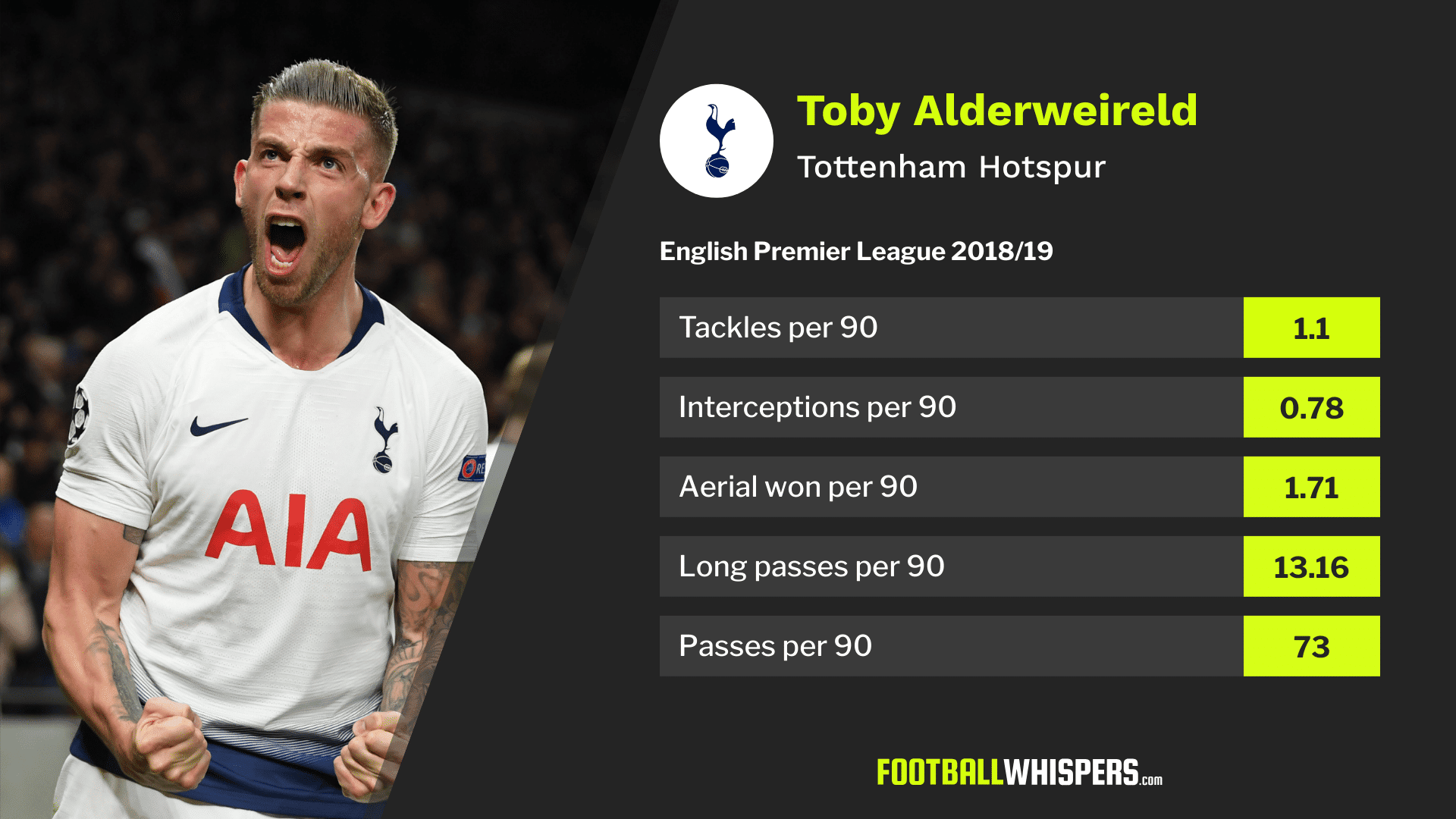 Tottenham Hotspur exercised their option to extend Toby Alderweireld's contract to the summer of 2020 earlier this season. Part of the terms of that extension mean a £25million release in the Belgian centre-back's deal will become active at the end of the current campaign.

United have already been linked with blockbuster moves for the likes of Kalidou Koulibaly, Raphaėl Varane and Milan Škriniar to improve their central-defensive options, but each of those would likely command a fee in the region of the record £75million Liverpool forked out to sign Virgil van Dijk in January 2018.

Of course, Liverpool's acquisition of the Dutchman has proven the value of investing heavily in the right centre-back, and the transformative effect such a player can have on a team's fortunes.

But Alderweireld, in his five season in England, has consistently proven himself to be one of the very best defenders in the Premier League. He could be as impactful a signing for United as any of the other names linked with the club, and for a fraction of the price.

At 30, there are younger alternatives to Alderweireld available to United, but the former Atlético Madrid and Ajax man would add a level of experience and ready-made quality the Old Trafford club craves.

Victor Lindelöf, a £31million signing from Benfica in 2017, has developed into a fine defender for United this season, and, at 23, he has the potential to become a stalwart of the Red Devils' backline.

Chris Smalling's recent form has been encouraging, justifying his continued presence in the squad, and Phil Jones recently penned a new long-term contract, but neither possess the top-line quality to take United to the next level.

Alderweireld, a seasoned veteran who still conceivably has three or four years left at the highest level, would be the perfect partner for Lindelöf.

Stylistically, the Belgian is powerful in their air, precise in his timing of tackles and possesses near-flawless positioning, rarely called into drastic evasive action thanks to invariably being in the right place to comfortably stifle opposition attacks. His work is often understated, unspectacular, and that is to his great credit.

Alderweireld is very much in the mould of the modern centre-back, too. A fine, crisp passer of the ball, his switches of play and ability to locate attacking team-mates high up the pitch have been a feature of Tottenham's play ever since his arrival in north London.

He also appears to have dispelled the concerns that he is injury-prone, starting 28 of Tottenham's 32 Premier League games this season after spending a prolonged period sidelined with hamstring trouble last term.

When asked about his future recently, Alderweireld was predictably diplomatic, but his comments certainly didn't close the door on a summer Spurs departure.

“There's a lot to play for this season,” he told Sky Sports during the March international break. “And in the end I have a year contract left at Spurs, so I don't look further than this season.

“Other things I don't know. I am very happy at Spurs, so we will see what the future brings.”

Available for just £25million, Alderweireld has to be United's most-attractive option when assessing their defensive targets; huge potential upside with minimal risk.

Solskjær will have to take some gambles with his transfer kitty this summer, spending big in hope of striking gold. Alderweireld should be his safe bet.