Tobol and Ferencvaros lock horns in the Champions League qualifiers on Wednesday, July 4th. Can Kazakhstan’s Tobol cause an upset against Hungarian giants Ferencvaros? Read our free predictions and find the latest odds for the fixture below in our detailed match preview.

An inexperienced Tobol side face a battle-hardened Ferencvaros in the qualification phase of the Champions League on Wednesday. Read our top three predictions for this week’s fixture below.

Ferencvaros came within a whisker of making the Champions League Group Stage last year, though their eventual narrow playoff defeat to Young Boys should add to their determination to go one better in 2022. The Hungarian title holders take their cosmopolitan squad to Kazakhstan in the first round of the UCL qualifiers this week where they meet an inexperienced Tobol outfit. The Green Eagles have the edge in terms of quality and continental knowhow here, so back them to get a result.

Tobol haven’t tasted Champions League football of any description since 2011 and the Ortalıq Stadion is certain to be rocking on Wednesday as a result. The hosts have scored in each of their last nine home assignments and with extra energy to harness, we fancy them to get on the scoresheet again this week. Ferencvaros meanwhile, have notched in 15 of their last 16 competitive fixtures and that record suggests that backing BTTS could be the way to go here.

Top Betting Odds and Stats for Tobol vs Ferencvaros

View our list of the best stats for Wednesday’s fixture below alongside a tool to help you choose the best odds.

Read all of the latest injury updates and team news for this Wednesday’s Champions League qualification tie between Tobol and Ferencvaros below.

Tobol are already 15 games into their new domestic campaign in Kazakhstan, so fitness levels should be high. Head Coach Milan Milanovic watched his team draw 2-2 at Turan in their last outing and most of ther players that featured in that contest should play again in midweek.

Ferencvaros' squad is a mish-mash of different nationalities and backgrounds and Russian boss Stanislav Cherchesov has numerous options available to him this week. Franck Boli is one to watch out for in attach, while Norwegian Kristoffer Zachariassen can turn heads in midfield. 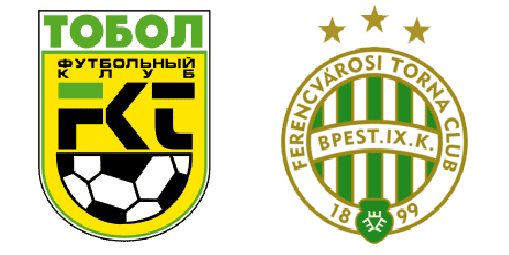 Who are the current Champions League title holders?

Real Madrid won the most recent Champions League final in May.

This will be the first ever encounter between Tobol and Ferencvaros.