Football in England has changed. The Top four monopoly is long gone. Liverpool slipped out, Manchester City rose to prominence and now, under Mauricio Pochettino, Tottenham Hotspur help make up the six best teams in England.

With that come problems for two of those clubs. A place in the top three will put you in the group stage of the UEFA Champions League – the holy grail – fourth the qualifiers, but with increased competition, two of the sides fighting at the top will miss out.

Chelsea are benefiting from their mid-weeks being football free and have dominated under Antonio Conte. City are struggling under Pep Guardiola, and Jose Mourinho is trying to plug the gap at Old Trafford.

In terms of status and prestige, Spurs, agree with it or not, are sixth in the pecking order. It’s close, but if the other clubs, with the players they have and the money they have spent, Pochettino’s team would be fighting for fourth, fifth sixth.

The games against each other, as they should, will be absolutely crucial. On Saturday, Spurs travel to the Etihad to face Guardiola’s City in a time of struggle. The 4-0 defeat to Everton exposed the weaknesses in the Spanish coach’s team and if they want to change perceptions, the Londoners must travel north expecting to get a result.

If you can’t punish your rivals in times of uncertainty, you won’t finish where you deserve. It’s a huge game for Spurs and it is a wonderful opportunity.

Beating City is a must

Victory in Manchester would see them take a six-point lead over City and keep their gap over United and Arsenal. The term big club gets banded about a lot this season, but if Spurs want to truly be considered in that bracket, finishing in the top four is a must.

In a recent financial report, it was revealed that Spurs net spend over the last five years sits at £1.1million per season. Daniel Levy has orchestrated £314 million worth of sales, and has spent £315million.

When you compare that to City and United at £402million and £368million respectively, it’s an incredible business model. However, for fans, what is more important. Financial prudence, or titles and especially, finishing above rivals Arsenal.

A shocking run of performances in the Champions League saw Pochettino’s side drop into the Europa League, that’s not what they wanted and against CSKA Moscow, AS Monaco and Bayer Leverkusen, it’s far from where their quality should have seen them finish. 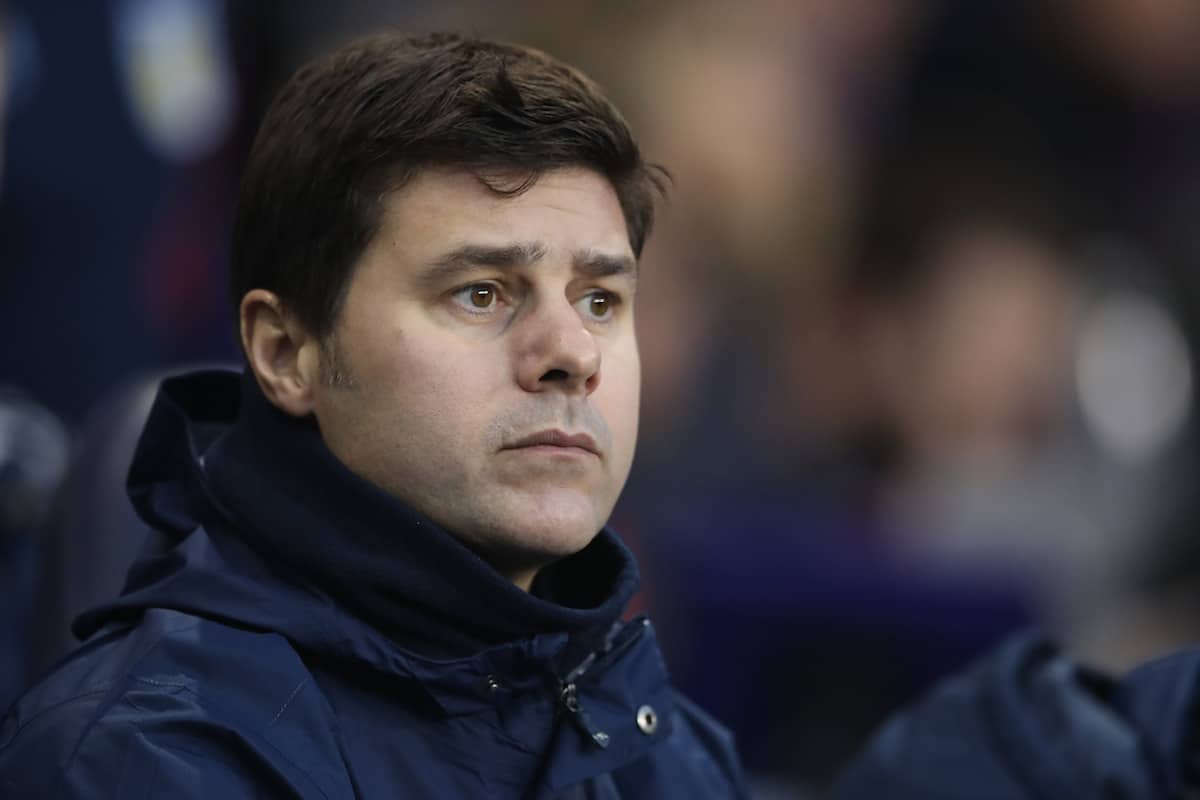 The North London derby is a massive deal, and drawing 1-1 was a decent result, however, now, there is more to Spurs success than just beating the Gunners – even if they haven’t finished above them since 1995.

“You cannot fight against only one club,” the Frenchman continued. “I can understand the importance for the fans.”

“But we are players and just try to do our job as well as possible. It's a rival but it's not only Arsenal, there are a lot of great teams. We just want to put the club as high as possible.”

The players want will outweigh the club’s need. Spurs need to finish in the top four, otherwise they will never break the cycle of always being on the outside looking in.

One of the reason behind the excellent financial numbers has been their need to sell. No because they had to make money, but that players wanted to play at the highest level.

Luka Modric and Gareth Bale were sold for large fees, but both could have stayed longer if Champions League football was on offer. Real Madrid is always a huge draw and it’s hard to resist, but being able to play for Spurs at that level would be huge bargaining tool.

Dele Alli was linked with a move to Real Madrid, then Kyle Walker and Danny Rose were rumoured to be targets for Manchester United and Man City. Give them Champions League football and there’s no debate, they’d stay.

United are no longer the English super-power they once were. Offer them the same opportunities to shine at the highest level and there’s no competitive reason to leave.

Even former Gunner and Arsenal legend, Thierry Henry, can see the potential.

“Title, title, I don’t know about the title,” the Frenchman told Sky Sports when asked if they could catch Chelsea.

“But I think they are on the way of becoming a bigger club, if I can say, in England.”

Another important factor comes into play in 2018 when the new 61,000-seater stadium is opened, and like with Arsenal, that would give Spurs another dimension. You are limited when you have a smaller stadium, your revenue is lowered, this would bring them on par with the others.

Champions League is the minimum for Spurs

However, going into that season, you need to have Champions League football. That fills seats, that attracts players, that increases interest.

“Maybe we are a little behind them but our expectation in the long term is to compete with all the big clubs like Manchester City, Manchester United, Liverpool,” Pochettino told the Evening Standard.

“It’s important for us. Since 2014 we have been building a different project. We are building a new stadium, we have an unbelievable training ground and we want to set the principles to be a big, big club. Our spirit and ambition is to be one of the biggest in the world, but you need time and a normal process.”

That process has to start now. Allow your best players to leave when you are challenging for the title, allow them to leave to your rivals and you will always be viewed as being on a level below. 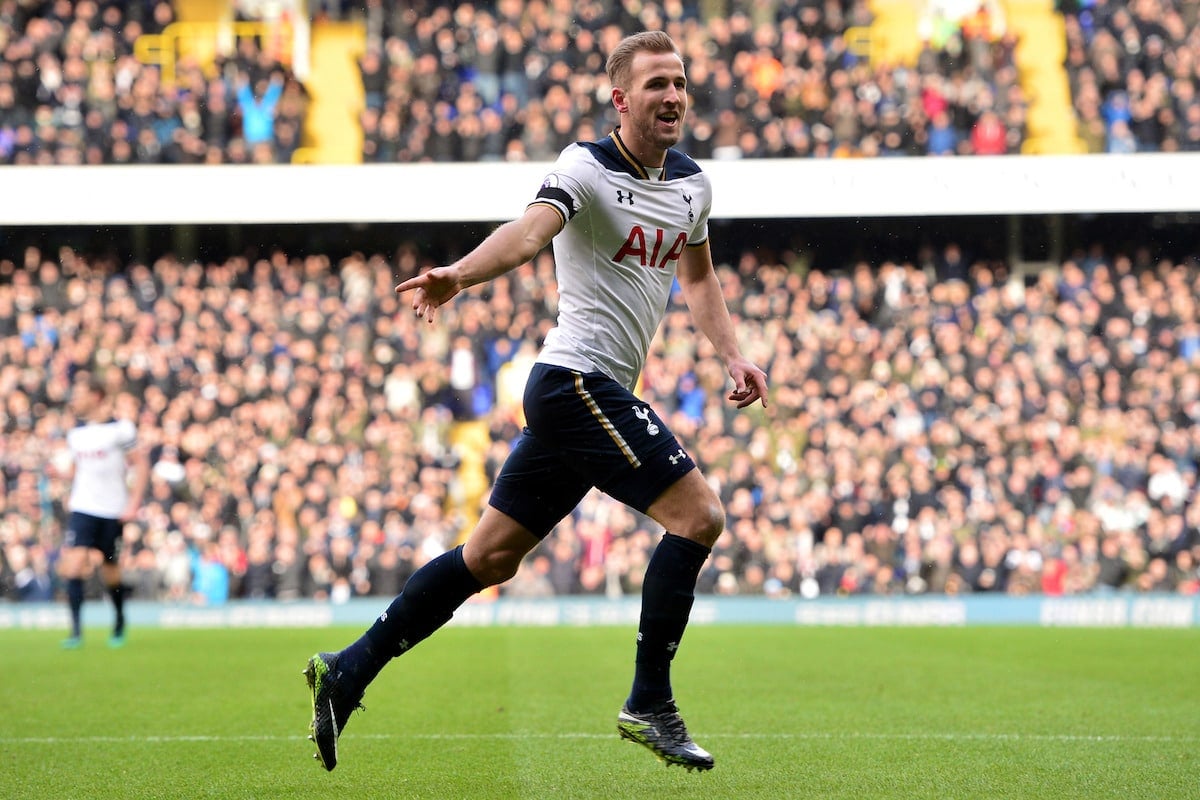 Finish in the Champions League places this year, keeping your rivals out of Europe’s most prestigious competition, again, and you are beginning to build that legacy the right way.

Levy might have to put his hands in his pockets in the long-run, you can’t always sell your best players and expect the imports to pick up the slack. You need to maintain and strengthen.

Liverpool’s resolve will be tested if bigger clubs look towards the likes of Roberto Firmino and Philippe Coutinho. City’s patience will be tested if Pep fails to find a place in the top four and finishing in the Europa League could be the last straw for Arsene Wenger at Arsenal.

There is so much to play for over the next two years, Spurs assault for a permanent place at the top table has to start this season and winning at the Etihad on Saturday would be a massive step in the right direction.