Bargains are hard to come by in the transfer market these days. Neymar's world-record move to Paris Saint-Germain changed the game and finding a value for money deal in the current climate is difficult.

But Timo Werner could be the biggest bargain of the summer.

The RB Leipzig forward has just one-year remaining on his current deal and has told the Bundesliga club that he wants to leave after three productive seasons at the Red Bull Arena.

“It’s well known that we want to extend with him, but he’s signalled to us that he does not want to sign a new contract,” Leipzig chief executive Oliver Mintzlaff told  Sky Sports. “We need to see what’s right for us and for Timo.”

German publication Bild claim a fee in excess of €40million would be required to convince RB Leipzig to part ways with the Germany international this summer, a fee many of Europe's elite can comfortably afford.

It's near impossible to find a reliable goalscorer for such a fee and there's going to be a scramble for his signature if the Bild report is correct. Bayern Munich are seemingly favourites but Liverpool, Manchester United, Tottenham Hotspur and Chelsea have all previously been linked.

Since the move to RB Leipzig for €11million back in the summer of 2016, Werner has been involved in 80 goals and assists in 103 Matches. He’s scored 17 times or more in each of the three seasons he’s been with the club. 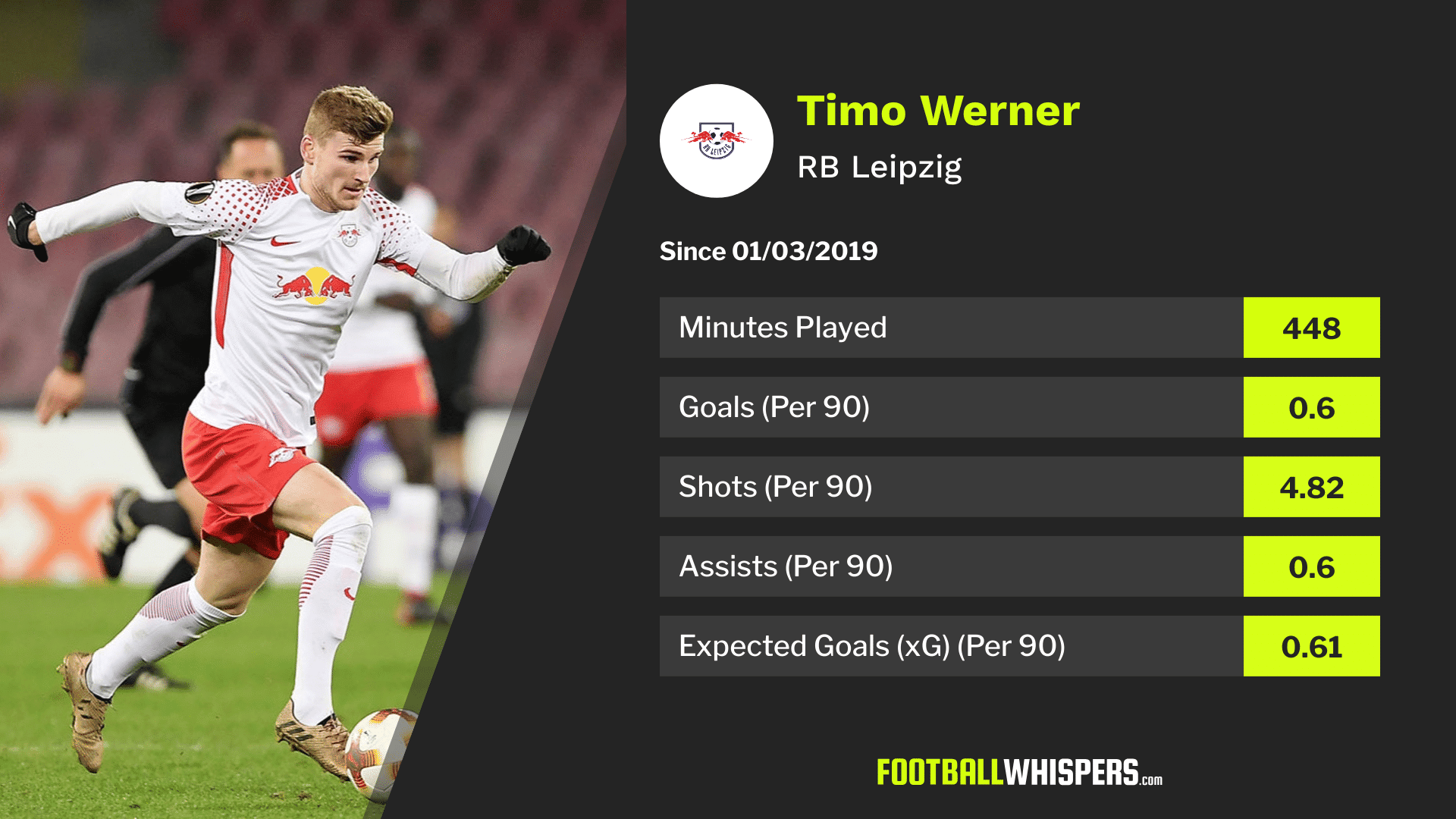 His form has picked up at the right moment, too. With the RB Leipzig No.11 in the shop window, he's rediscovered his goalscoring touch since the beginning of March. He's averaging 0.6 goals and 0.6 assists on a per 90 minute basis, matching his expected goals average of 0.61.

He's in the top ten for xG over this period of time and in the top five for shots taken. The sample size may be small, just 448 minutes, but it shows exactly what Werner can do. 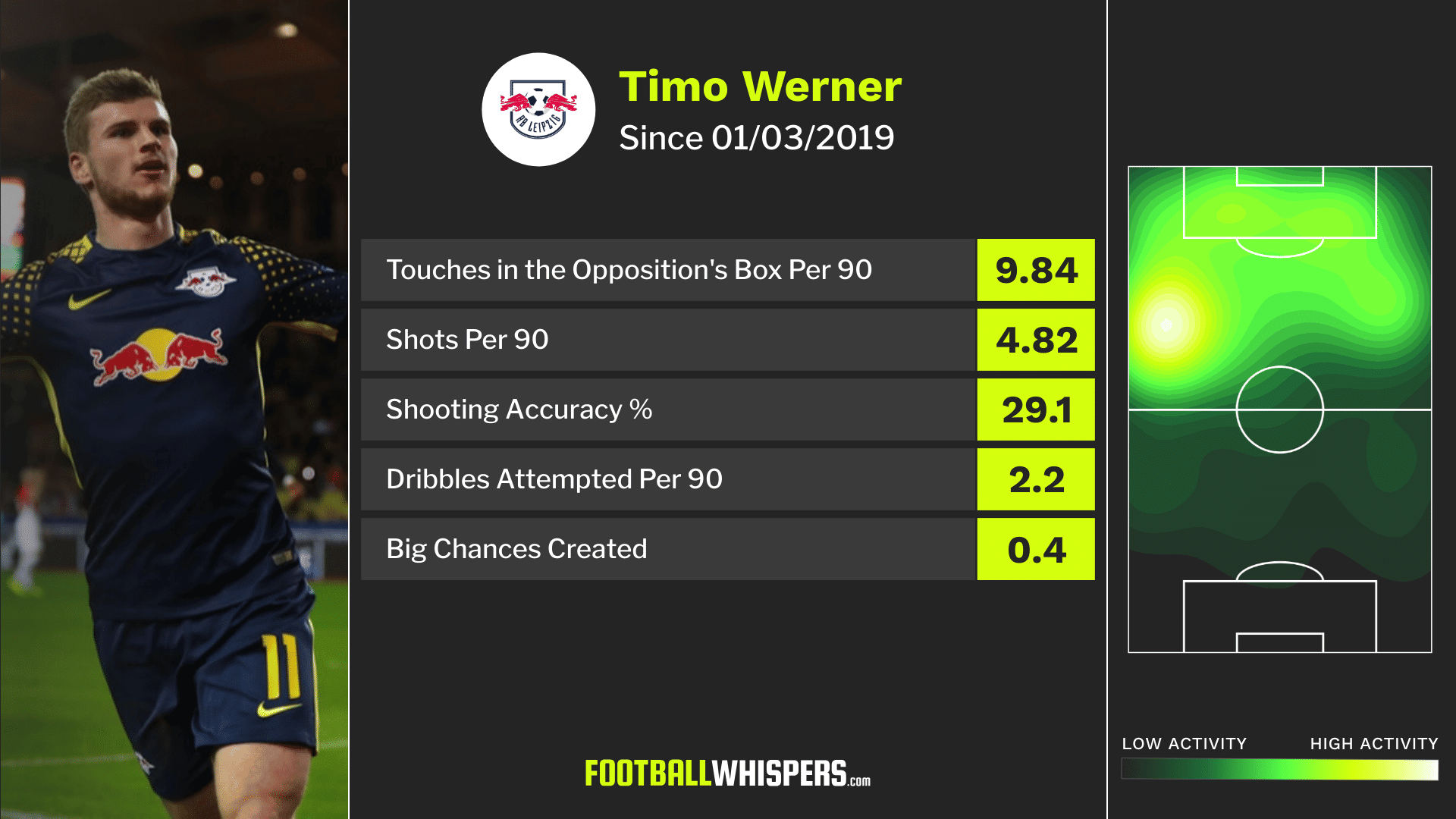 The 9.84 touches in the opposition's penalty area can only be bettered by one attacker – Robert Lewandowski. His heat map, in the graphic above, paints a picture of an attacker who is much more than just a poacher and that is backed up by his attempted dribbles per 90 (2.2) and his big chances created (0.4).

One area to improve would be his shot accuracy, with just 29.1 per cent of his efforts hitting the target, but a volume forward, which Werner is, relies on chances and not being clinical. If he continues to get into high-quality areas then he'll continue to score.

A Germany international with an almost goal every other game record. A 23-year-old with over 200 club appearances to his name already and he'd be available for around the £40million. Werner is the definition of a bargain.