Liverpool’s list of summer transfer targets looks to have yet again swelled after being linked with a summer move for RB Leipzig’s hot-shot striker Timo Werner. The Daily Mail claim the German caught the eye of scouts when the Merseyside club sent representatives to run the rule over Emil Forsberg and Naby Keïta.

The RB Leipzig attacker is enjoying life since his £8million move from Stuttgart in the summer. He’s playing a more central role as one of the strikers in a 4-2-2-2 system. For context, he’s scored more league goals for Die Roten Bullen in 22 matches (21) than he did for Die Roten (13) in three full seasons. The Stuttgart native has really come of age this campaign.

According to Miguel Delaney, Werner is one of five players the Reds want to sign this summer as they plan for life in Europe.

A German excelling in the Bundesliga is linked with a move to Liverpool. You’d be forgiven for assuming this was yet another lazy link but reports suggesting the Reds have taken an interest in Werner make a lot of sense.

The 21-year-old versatile striker fits the profile for Jürgen Klopp in terms of what he looks for in a player and for the owners, Fenway Sports Group (FSG), in what they want from an investment.

FSG want Liverpool to recruit talented youngsters who have an abundance of potential who are also good enough to have an impact now but who don't break the bank. Granted, It's a bit of a niche market but these players are out there.

Klopp is seemingly after attackers who can operate in a number of areas of the pitch, have pace and are a goal threat. It's why they have been previously linked with Julian Brandt, Christian Pulisic, Ousmane Dembélé and Kylian Mbappé.

The fact Werner played regularly out wide for Stuttgart has had a positive influence on him. He was initially tipped to be the next Marco Reus but under Ralph Hasenhuttl his game has been refined. He has been deployed as a striker this season but he's forever popping up in wide areas, working the channels and isolating defenders in areas they aren't comfortable in before just bursting past them.

The variety he has to his game has helped him find the back of the net on eight occasions in his last ten matches. He's involved in a goal every 90 minutes during that spell.

Alongside Yousef Poulsen, Marcel Sabitzer and Forsberg he's part of a fluid and interchangeable quartet for the Bundesliga outfit that isn't too dissimilar to the Liverpool four of Adam Lallana, Sadio Mané, Philippe Coutinho and Roberto Firmino.

The German Under-21 international is unlike any forward Liverpool currently have at their disposal. He's instinctive in the penalty area, he looks to get in behind and plays on the shoulder of the last man. You could say there are similarities between him and the 2013/14 version of Daniel Sturridge.

The technique for his goal against Köln is a little unnerving as is just how clinical he is. The angle isn't favourable for the forward yet he manages to arrow the ball home with laser like accuracy; he made it look easy when it was anything but. 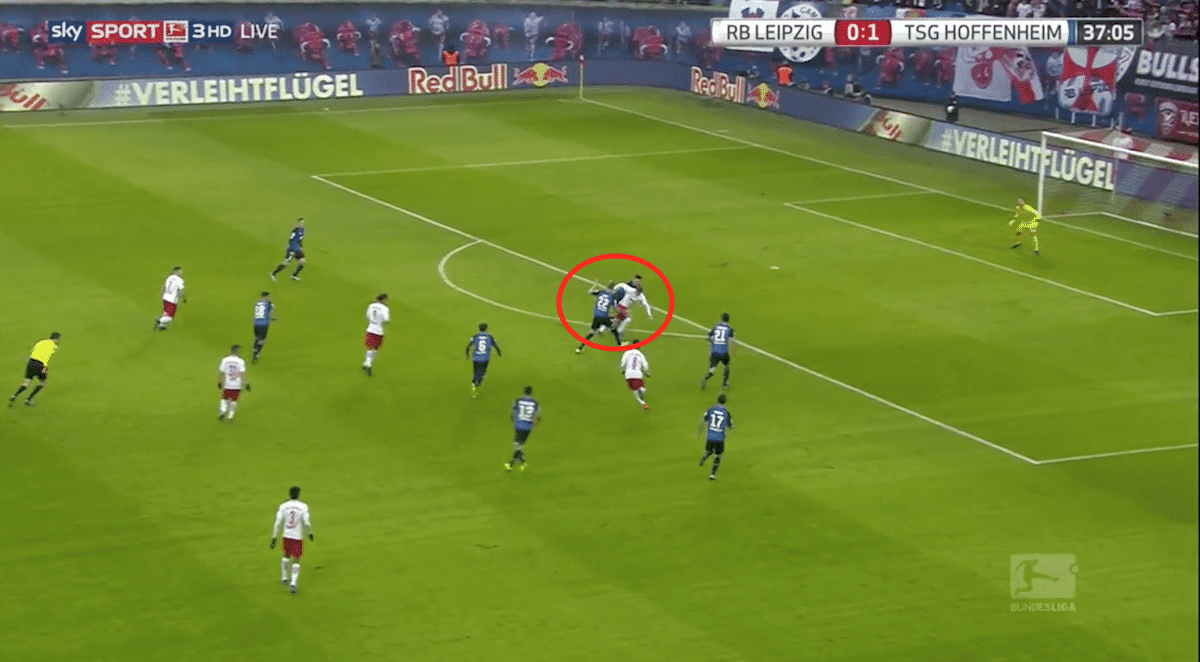 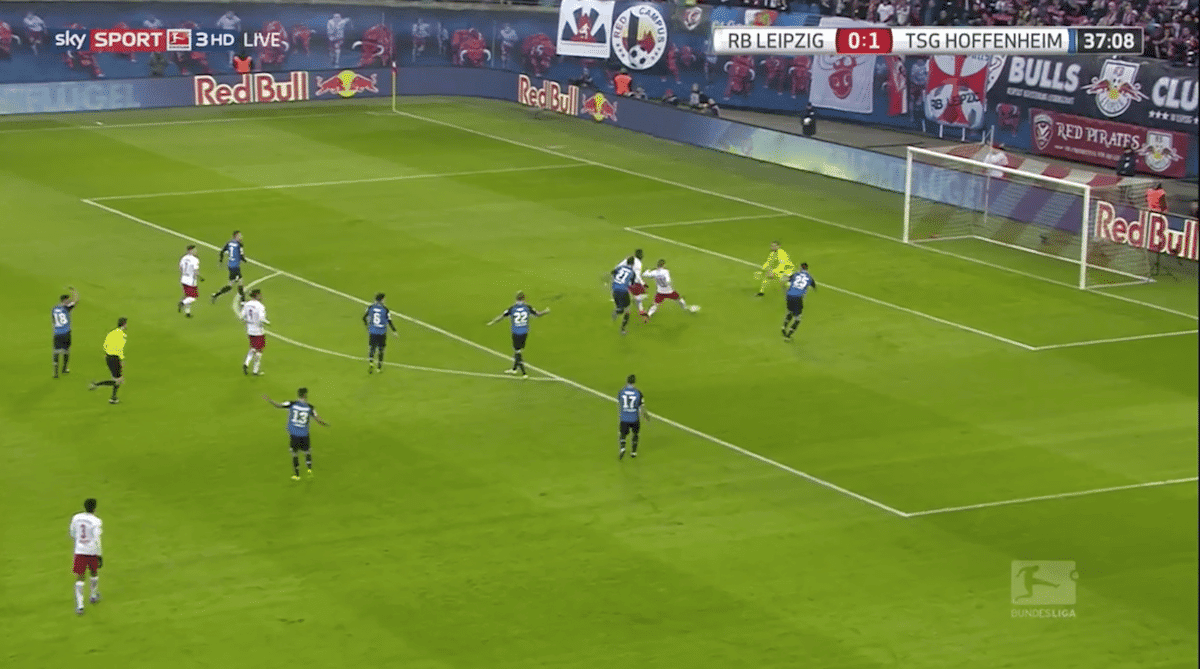 In the first picture above Werner picks the ball up just outside of the penalty area. He's quickly dispossessed with two Hoffenheim players closing him down. The ball ricochets out to Keïta who has pushed on to support the striker and the midfielder is able to poke the ball forward.

Werner is alive enough to react to the chance and he pokes the ball past the advancing Oliver Baumann to grab the equaliser. It's opportunistic but players like that are worth their weight in gold at times because not everybody has that mentality.

There are question marks over Firmino's long-term future as a number nine for Liverpool after missing some guilt edged chances over recent weeks. Chances a certain RBL striker would be putting away? 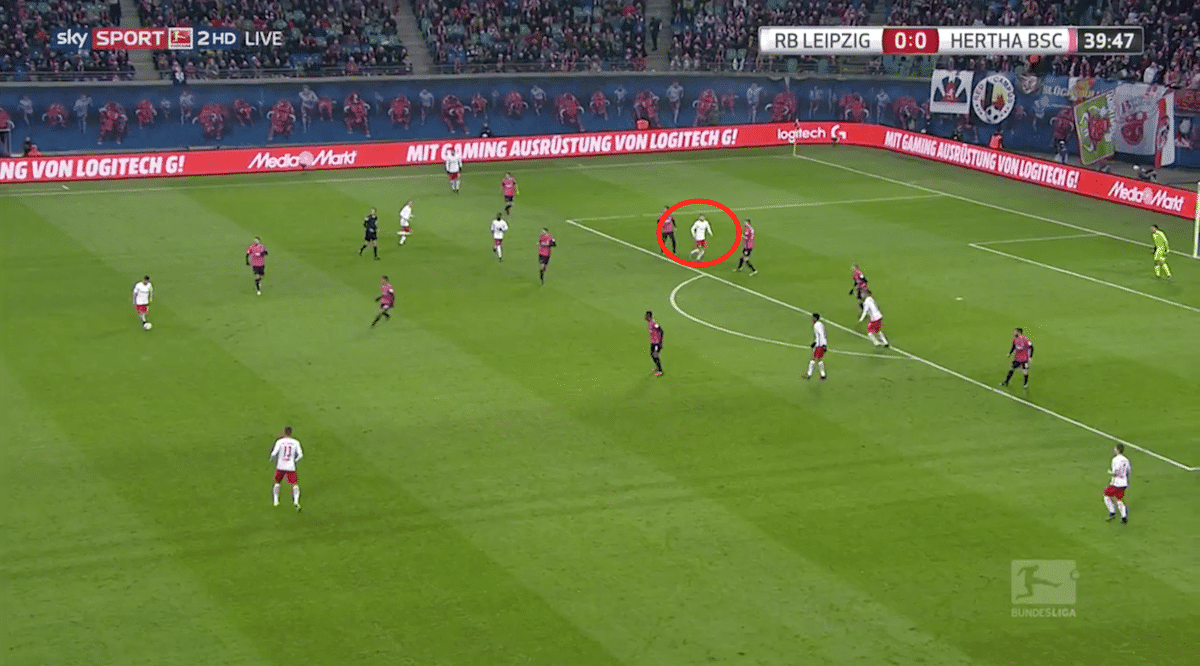 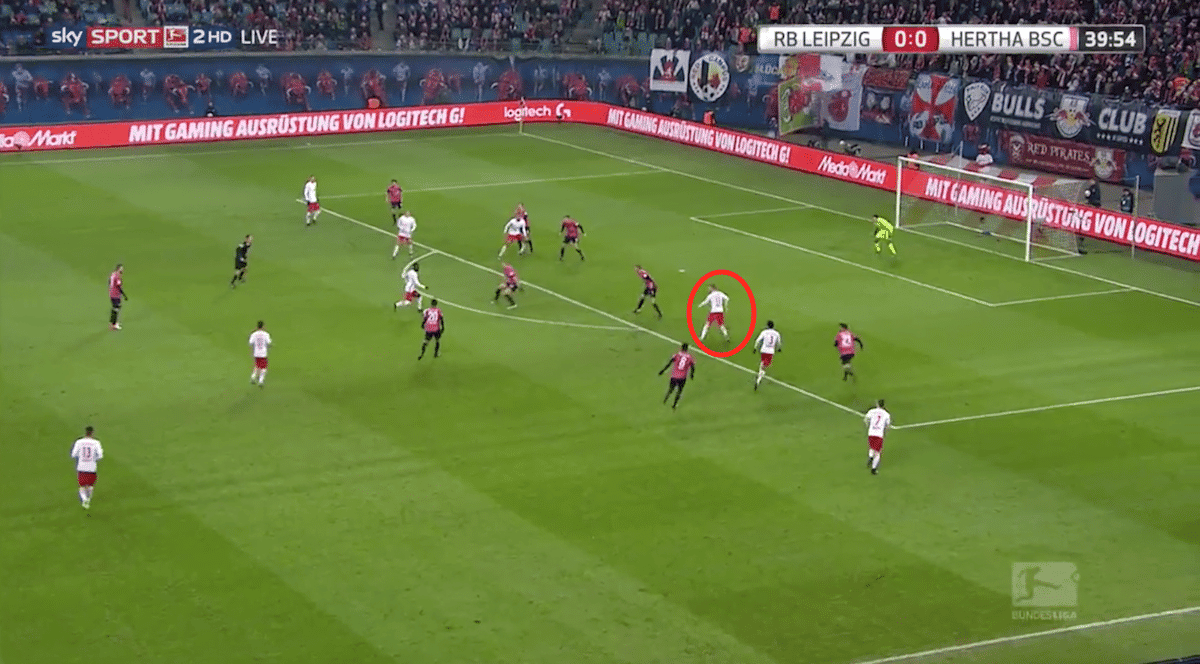 Here you see just how intelligent Werner's movement and spatial awareness is. RBL work the ball from the centre of the pitch to their right and back again and as play progresses

Werner drifts from the left side of the penalty area to the right side and finds a pocket of space despite the fact there are 12 men (including RBL players) behind the ball. It's not an easy feat but the striker manages it. Poor from Hertha Berlin but impressive from the former Stuttgart man.

He receives the ball on his left foot, his weaker foot, and proceeds to carve out and opening before firing it home to put his side ahead. All he needed was that yard of space and he made no mistake. 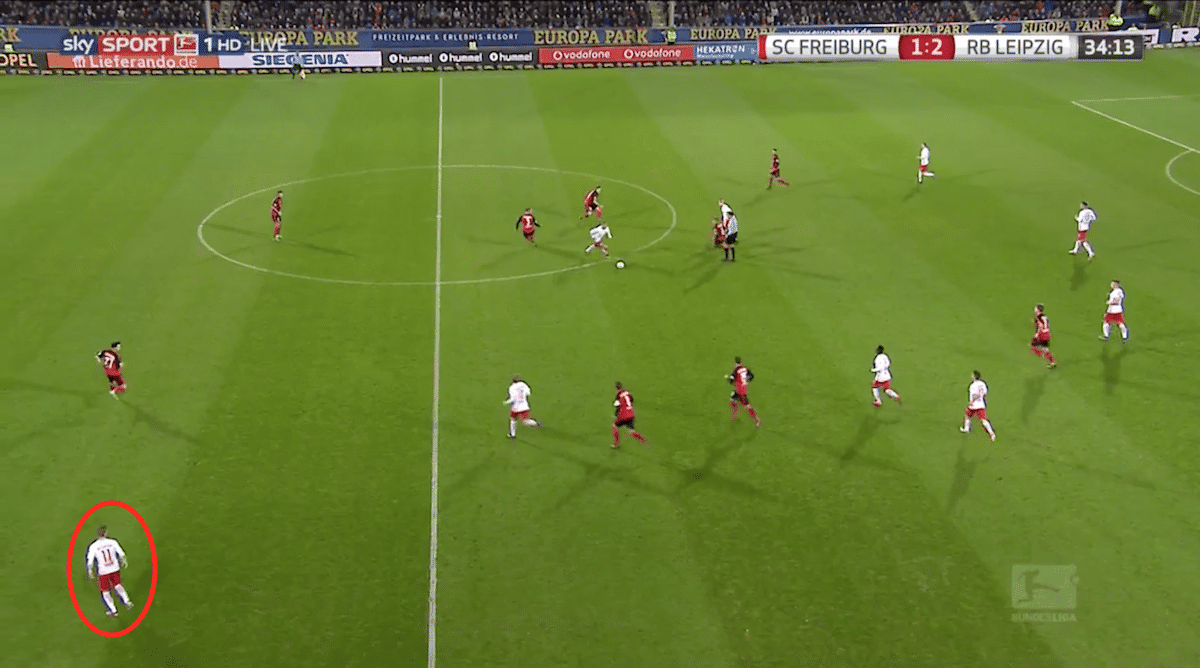 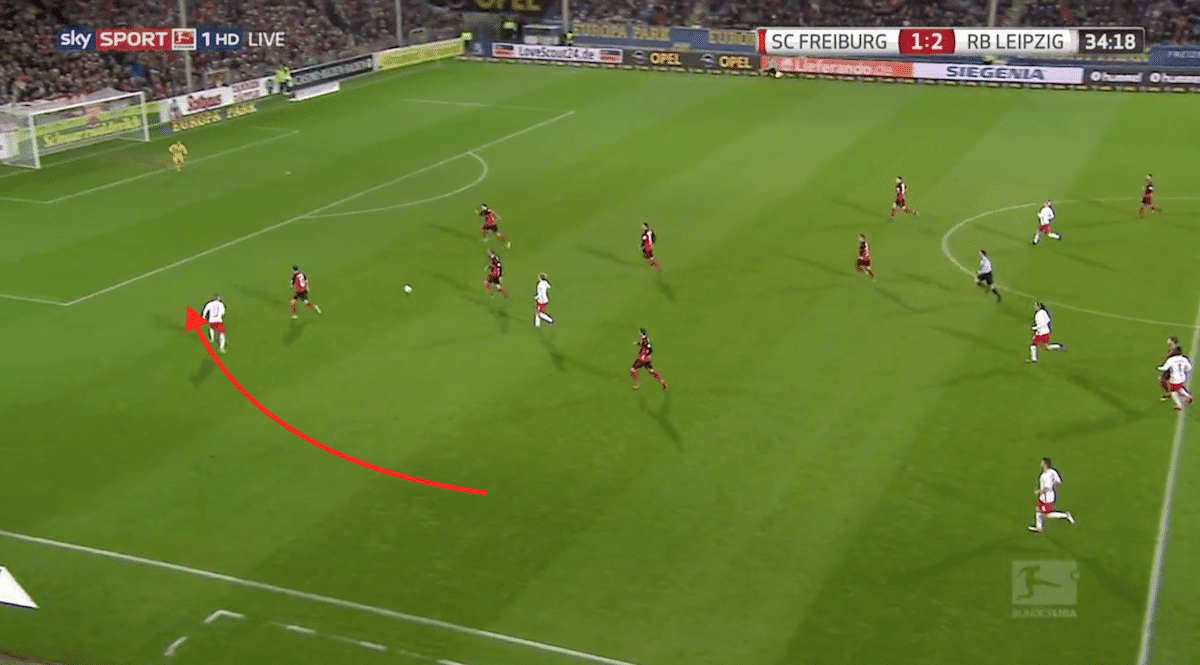 RBL had been defending a set piece and Werner starts off wide left in this phase of play. The away side look to quickly transition from defence to attack and, unlike most strikers, Werner holds his position instead of clogging up the central area. He leaves it free for Forsberg to drive into and instead arcs his run from the left so he eventually does end up in on goal.

The Swede gets praised for the perfectly weighted pass but without the German's clever run it doesn't happen. The fact he's able to put on the afterburners certainly helps. He then cooly slots home with a first-time curled effort. For someone so young, he's got a mature approach to his play.

Is the move likely to happen?

RBL are under no obligation to sell Werner anytime soon. He's under contract with the club until 2020 and sporting director Ralf Rangnick has already said he wants to keep this side together as they look to become Champions League regulars. Unlike other Bundesliga clubs, they aren't reliant on sales either.

Liverpool would have to make them an offer they couldn't refuse, and there's a risk in spending £25million on a 21-year-old. Will they bite the bullet and pay up for a player who seems ideal for Klopp and his system?